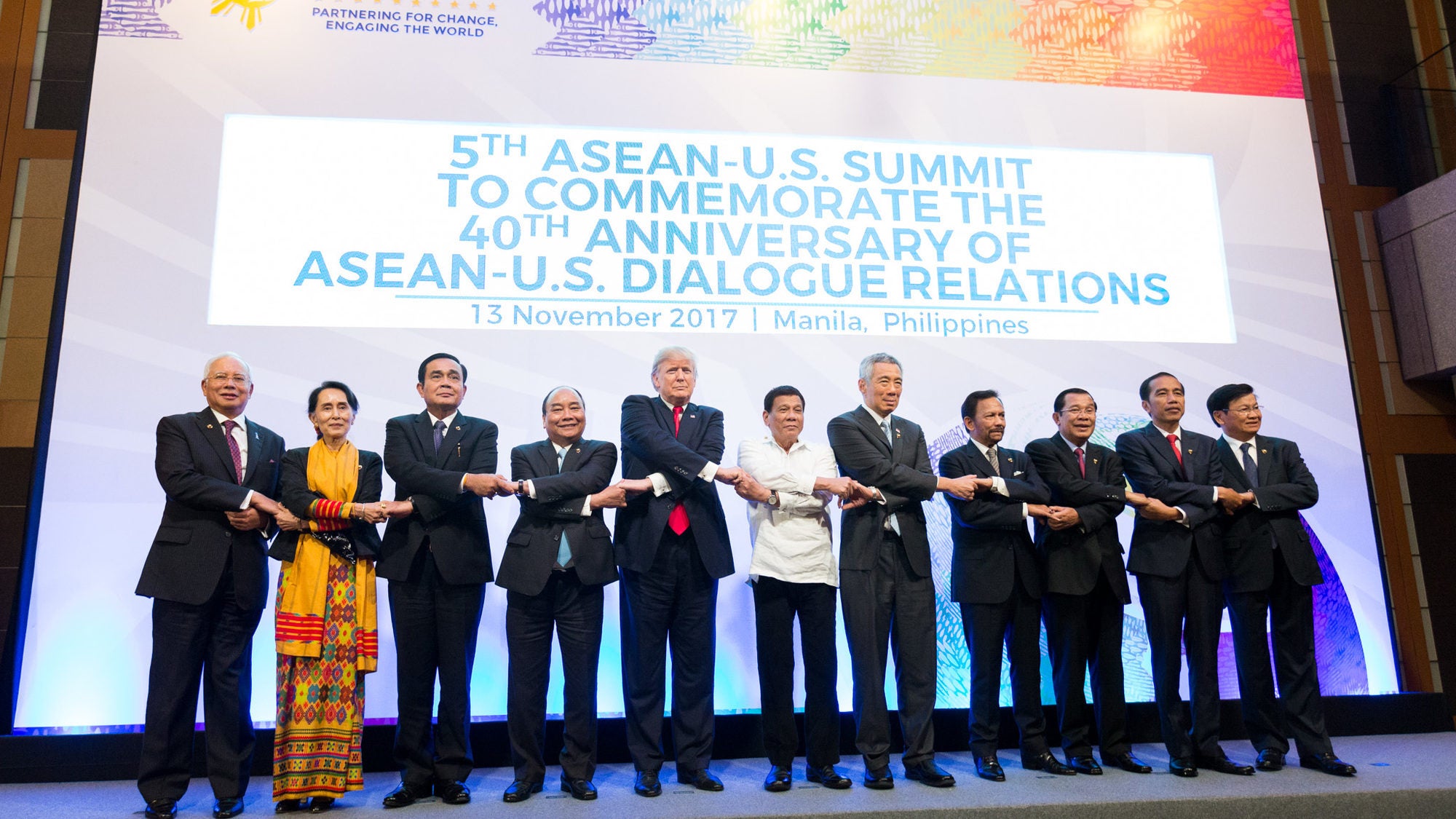 Title: The United States Must be on the Side of Democracy in Southeast Asia

Elections this spring in Indonesia and the Philippines are powerful reminders of how far democracy has come in Southeast Asia, and how far it still has to go. In Indonesia, Prabowo Subianto, a retired general and son-in-law of the country’s former dictator, ran in April for the presidency of a country haunted by its authoritarian past and confronted with the rise of hardline and intolerant political Islam. In the Philippines, the midterm elections provided a boost for President Rodrigo Duterte, who remains wildly popular despite curbing press freedom and undermining human rights in his violent campaign against drugs.

Faced with the challenge of backsliding democracy in Southeast Asia, the United States must make sure that democracy and human rights are at the heart of its policies in the region. U.S. interests will be advanced by supporting the people of Southeast Asia, not by ignoring them in the name of other “strategic” interests.

For years, Southeast Asia was a bright spot for democratization. Dictatorships in the Philippines and Indonesia fell, Myanmar began transitioning to democracy, and fits of progress could be seen elsewhere. Like many parts of the world in the late twentieth and early twenty-first centuries, much of Southeast Asia appeared to be moving in the right direction.

But the worldwide trend of democratic erosion has not spared Southeast Asia. Myanmar’s once-hopeful democratic transition has collapsed as the government commits ethnic cleansing against the Muslim Rohingya people. Thailand’s military ruler remains in power after taking control in a 2014 coup, with no apparent plans to transition back to democracy. The Philippines elected Duterte, who directs a campaign of extrajudicial killings of civilians. Brunei is becoming more repressive, and Vietnam and Laos remain autocratic. Other recent events, such as crackdowns in Cambodia and the imprisonment of the governor of Jakarta in Indonesia, have made clear that challenges to democracy and human rights exist across the region.

The fate of democracy in Southeast Asia is, first and foremost, a serious concern for the people of the region, and they will be the ones who determine its future. But democracy in the region matters for the United States too. A more democratic Southeast Asia will provide increased economic opportunities because more transparent societies and governments will appeal to businesses. It will mean better partners in tackling challenges like climate change, drug trafficking, and transnational threats that have a direct impact on Americans. Additionally, it would reduce the chances of regional conflict that could force the United States to get involved.

While the United States will not play a decisive role in what happens in Southeast Asia, it must be on the right side. The Trump administration, unfortunately, has made clear that human rights and democracy are not a concern. Trump invited Thailand’s coup leader to the White House and praised Duterte’s violent campaign against drugs. And in Myanmar, the Trump administration was very late to respond—and to date has not reacted with enough pressure—to the horrific atrocities against the Rohingya.

Crafting effective U.S. policies in the region is not easy, and balancing U.S. interests in human rights and democracy with the need to partner on issues like maritime security and counterterrorism is an ongoing struggle. While supporting democracy and human rights is the most effective way to achieve U.S. policy goals over the long run, the United States does have other interests—such as the South China Sea—to focus on at the same time. The reality of policymaking is rarely neat, and the United States will continue to have to manage relationships with unsavory regimes in Southeast Asia in order to advance U.S. interests. The question is what kinds of relationships those are, and how much the United States focuses on democracy and human rights.

No U.S. cooperation in the region should enable or condone human rights abuses, and it must be combined with pressure that incentivizes progress. While the United States should continue its alliances with the Philippines and Thailand, it should stop any support for, or cooperation with—and even consider targeted sanctions on—entities involved with abuses. In Myanmar, the United States should not return to the days of complete international isolation, but it should target sanctions on more officials responsible for the violence against Rohingya and make clear that pressure will continue to amplify until Myanmar stops committing what a United Nations investigation has called genocide.

The story of democracy in Southeast Asia is neither simple nor linear. Just look at Malaysia, where Prime Minister Mohathir Mohammed—who had previously ruled the country for decades—came out of retirement to partner with an opposition leader to defeat Mohathir’s former party at the polls. In a country deemed “Partly Free” by Freedom House, this was a step in the right direction, in part led by a highly flawed figure. The future of democracy in the region is likely to be just as messy.

At the same time, Trump’s assault on democracy at home erodes America’s ability to promote it abroad. Trump routinely takes aim at the foundations of U.S. democracy, from attacking the free press to expressing his displeasure about the independent judiciary. He has undermined human rights through advocating for racist, homophobic, and discriminatory policies like the Muslim travel ban and the transgender service ban. In order to be most effective in promoting values abroad, the United States must live up to those values at home.

At the end of the day, U.S. relationships in Southeast Asia are about relationships with the people of those countries, many of whom are struggling daily to build freer, more representative nations. These are the people who will create better futures for their countries, and who deserve the support of the United States. The United States needs to remember that democracy—and support for democracy—is a long-term endeavor in Southeast Asia.

Michael Fuchs is a Senior Fellow at the Center for American Progress and a former Deputy Assistant Secretary of State for East Asian and Pacific Affairs. Abigail Bard is a Research Associate at the Center.