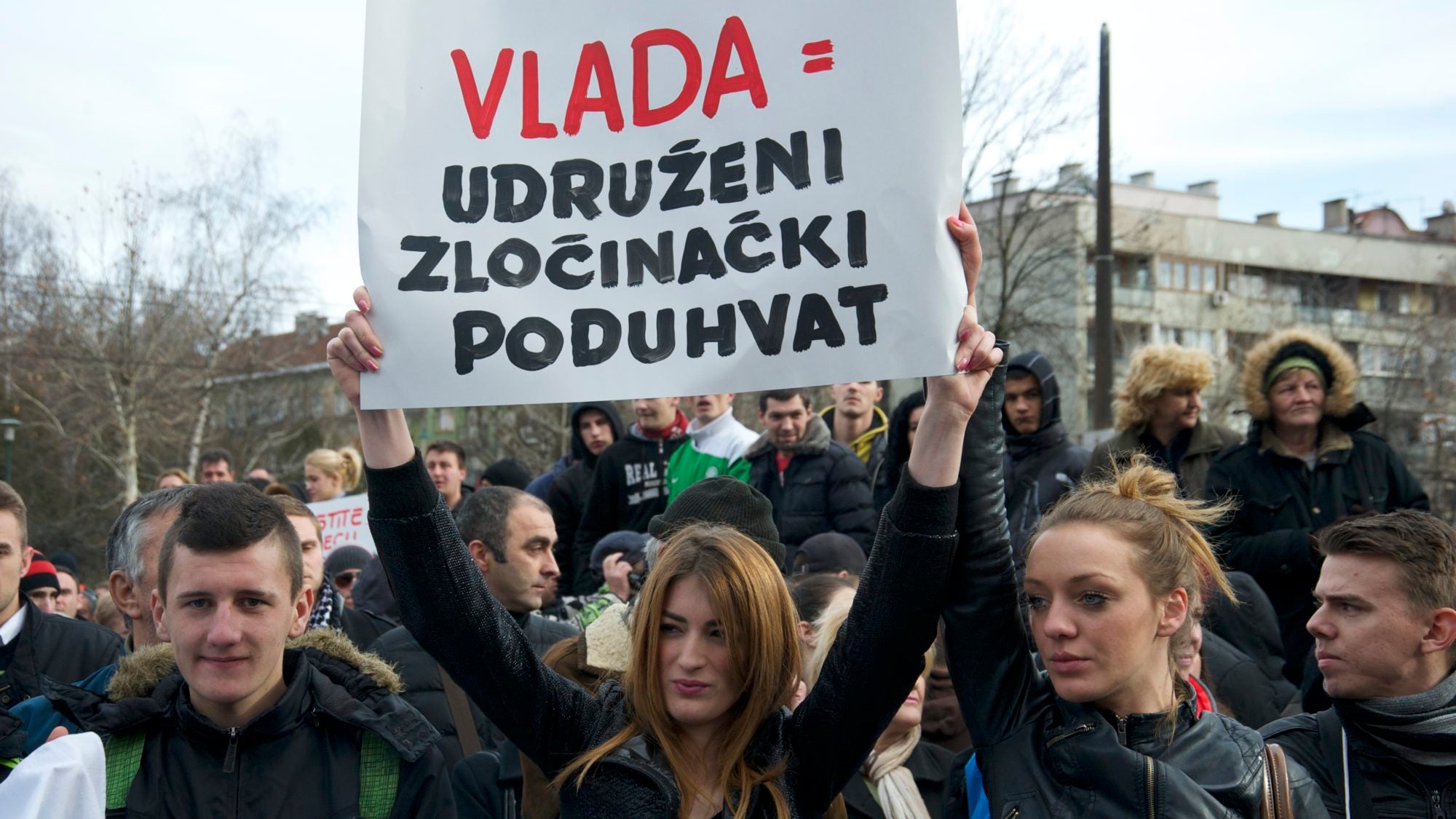 The following is the second of a two-part series.

The Impetus Must Come from Below

At least as worrisome and consequential to Bosnia as the illiberal engagement from Moscow, Ankara, or Beijing is that from Belgrade and Zagreb, the respective capitals of predatory neighbors Serbia and Croatia. Croatia’s official engagement—including through its European Parliament members in Brussels—has amplified since joining the EU nearly six years ago, supporting the HDZ BiH’s agenda to federalize the state into three ethnic-majority components. In this, Čović has an ally in Dodik, who effectively controls the RS and regularly backs the HDZ BiH agenda. While Serbia has mouthed platitudes that it respects BiH sovereignty, it has also deepened its ties with Republika Srpska, to the point of holding a joint military exercise in 2016. Most worryingly, its advocacy for the partition of Kosovo, as well as the government’s Kosovo pointman’s fixation on the square kilometres lost by Belgrade since 1991, lead many in BiH to the logical conclusion that the country is on the menu for its neighbors. The sense that EU enlargement is far off in the future for the Western Balkan region has whet the appetite for this free-for-all, in which the EU’s most powerful leaders are co-opted—wittingly or not—into aligning with, or at least acquiescing to, unfulfilled nationalist agendas. At present, EU and wider Western policies toward BiH and the region act as accelerants to the destabilization they ostensibly seek. As the EU assembles the new European Parliament and Commission, policy remains in a holding pattern, on bureaucratic autopilot. Local actors will take full advantage of the interregnum.

While a change in EU and Western policy is eminently possible, it would require the leadership to at least implicitly admit that the policy of the past thirteen years has been a resounding failure. It would also demand an admission of why that policy has failed. The presumption that political evolution under the current constitutional and policy incentive structure is possible remains a mental impediment to correctly calibrating a policy to achieve accountable and responsive democracy in BiH. Dayton BiH is an evolutionary dead-end.

A shift to recognize this reality would entail little political cost at the top; few in EU or U.S. publics would notice. In fact, given the reality that more fundamental change is needed in the Western Balkans before these countries could be “saleable” to current member publics, trying to foster such progress for its short-term benefits ought not be a heavy political lift.

But getting this change onto the agenda is exceedingly hard, especially when the costs at the bureaucratic level, from whence the policy has been steered for over a decade, are considerably higher. These will only rise exponentially when the current policy ultimately fails catastrophically, as it must, since there are presently no countervailing forces to prevent it. However, until then, the incentive structure within the EEAS, EU member foreign ministries, and the State Department will be to effectively stick with the failed policy. It is difficult to see from whence such an admission could come in the current EU/member state firmament.

Given the track record of the country’s political actors in pressing forward with agendas for systemic change, including those who proclaim progressive credentials, there is little to hope for the apparent impending alignment of usual suspects in the Federation and at the state-level. In the RS, with the opposition (political and civic) increasingly marginalized and persecuted, there is no institutional hope at all. Dodik’s apparatus of repression has become more blatant in its vulgar displays of power.

The North Macedonia Model: Catalyzing Western Solidarity from Below

Hence the onus is really upon Bosnian citizens to present the West with nonviolent discontent to demonstrate that its alliance with elites is seen, correctly, as an alignment against the broader population. Demonstrations prior to the elections following the still unexplained killing and alleged coverup of the murder of Banja Luka youth David Dragičević ended up drawing wide cross-ethnic support, linking with demonstrations in Sarajevo regarding a similarly murky killing of a Sarajevo youth, Dženan Memić. The October elections seemed to dull the momentum, but not stifle it. Popular frustration remains seething. It is still unclear whether this justified frustration will be manifest in some applied, directed way toward generating durable change. There are no obvious signs in July 2019 that this is the case.

The process that led to the end of the Gruevski regime in the country now officially known as North Macedonia (following a deal on the three-decade long “name issue” with Greece) was initiated not in the political process, but rather in non-ethnic (trans-ethnic) popular protests beginning in the educational and self-employed sectors in 2014. This emboldened the new leader of the then-opposition (now governing) Macedonian Union of Social Democrats (SDSM) to make two critical decisions. The first was to advocate campaigning for ethnic Albanian votes, as well as those from ethnic Macedonians. The second was that, in early 2015, he sought to hasten an early election by beginning to release recordings he obtained from Macedonian intelligence services, in which high-level officials, including Prime Minister Nikola Gruevski himself, engaged in a host of abuses of power. These generated ever larger protests, which Gruevski apparently tried to deflate by raising the spectre of renewed ethnic conflict. This finally drew the EU and United States, which had been in business-as-usual mode, into a protracted mediation effort, punctuated by continued episodic protests which ultimately yielded early elections. These, and a final attempt to short-circuit losing power through instigating violence in parliament in April 2017, finally changed the tectonics of Macedonian politics and led to end of the Gruevski regime. Gruevski has since received political asylum in long-time ally Viktor Orban’s Hungary.

Bosnians Must Drive the Change

In their current posture, with the quest for stability considered so paramount in the EU—and liquidating liability high enough a priority for the United States that it is accepting the idea of partition in Kosovo—the West cannot be agents or midwives of progressive change in the Western Balkans. In fact, the current approach of the EU and United States is effectively putting their fingers on the scales for the entrenched oligarchs.

It therefore falls to citizens of Bosnia and Herzegovina to demonstrate that “stability” is simply not on the menu, by non-violently pursuing a common, popular agenda for a more representative and accountable politics and amplifying pressure to generate an undeniable crisis. Having seized initiative, the onus would be on the West to choose sides. If citizens manage to assemble a broad coalition of sufficient diversity and scope, as well as demonstrate tenacity, the West could finally be compelled to change its failing policies. Success is far from guaranteed but, absent impetus from below, failure is certain.

Kurt Bassuener is co-founder of the Democratization Policy Council, a Berlin-headquartered think-tank founded in 2005. He is also a PhD candidate and Fulbright Scholar at the University of St. Andrews in Scotland. He has been a professional Balkan policy analyst and advocate since 1997, serving as an advisor to incoming international High Representative Paddy Ashdown in 2002 and serving in the Office of the High Representative in 2005-2006. He lived in Sarajevo from 2005-2016.