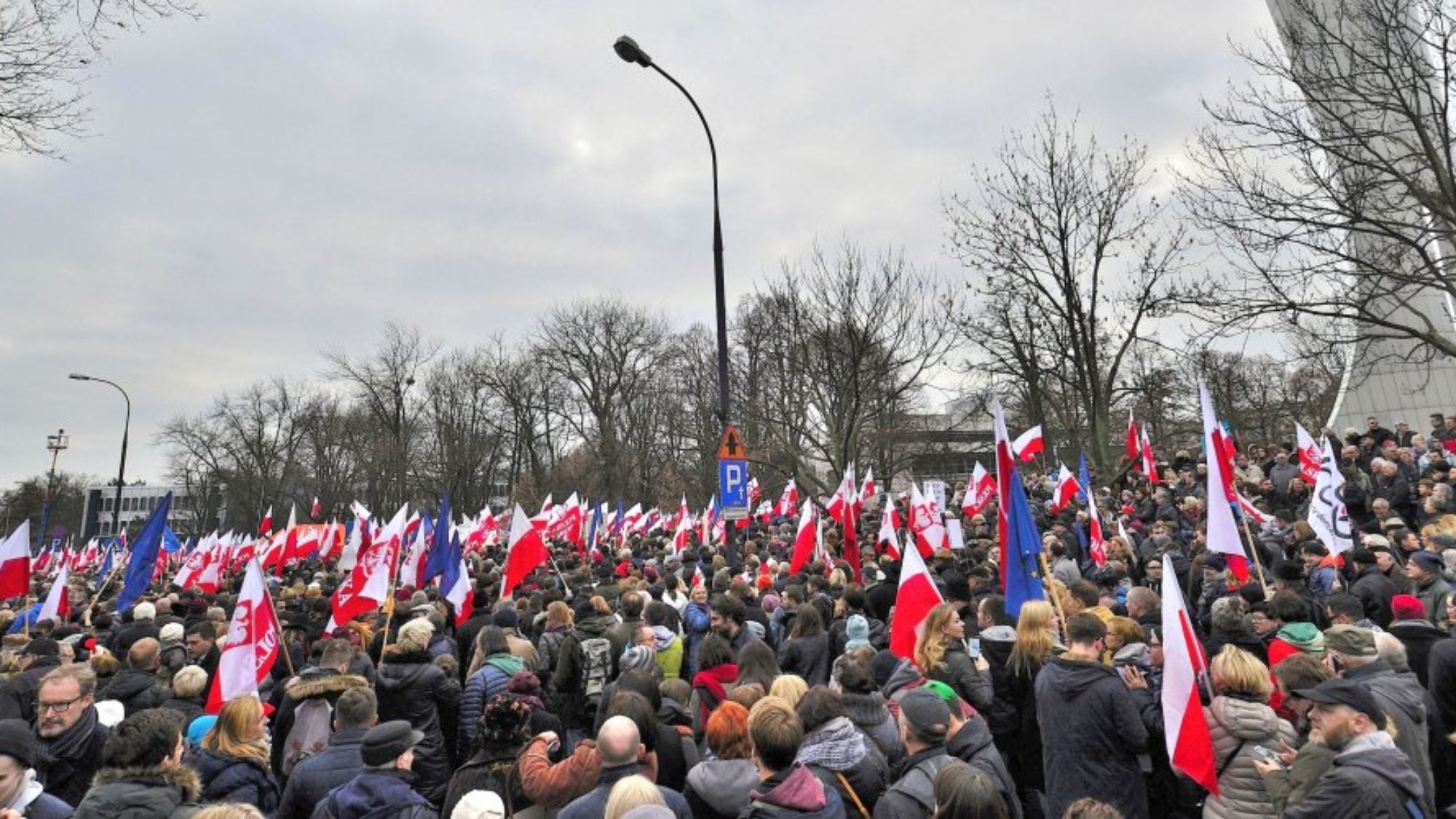 This fall will be a crucial test for democracy in Poland. The country will hold parliamentary elections on October 13. The critical question is whether the ruling populist Law and Justice Party (PiS) will receive a supermajority in the Sejm, the Polish lower house. Due to political scandals and the recent formation of several opposition party coalitions, it is less likely that PiS will be able to surmount the two-thirds hurdle it needs to secure a supermajority. However, a lot of questions remain. Following dips in the polls resulting from its scandals, PiS has slowly regained points in the polls. The fate of 25 of 100 electoral swing districts is also still in question. Keeping PiS from obtaining a supermajority requires a strong performance from the opposition coalitions. If the opposition fails to be electorally successful, then it would undoubtedly put Polish democracy on shakier ground.

From Hungary to Turkey, strong, democratically-elected parties have used their control over the legislature to change their constitutions and other rules of the game in ways that make it hard to remove the incumbent party from power. If PiS secures a supermajority following the October 13 elections, it could supercharge democratic backsliding in Poland. PiS has already taken steps that signal the party’s intent to consolidate power and entrench its conservative vision for Poland. In 2017, Poland reformed its judiciary by removing forty percent of judges from the court, lowering the retirement age, and putting more control of the judiciary’s selection process in the executive branch. These efforts were met with resistance not just from domestic opposition, but also from the European Union (EU). The EU took Poland to the European Court of Justice (ECJ) for threatening judiciary independence, and the ECJ ruled that Poland infringed upon EU law with its judiciary reforms. While securing a supermajority would not overturn the ECJ’s ruling, a supermajority would make it easier for PiS to change Poland’s constitution and dismantle democracy. PiS still has its eye on a supermajority and is trying every trick in the book to prevent the opposition from being successful.

PiS is trying to make it impossible for opposition parties to meet the eight percent voter threshold required to earn representation in the Sejm. Recent reports allege that PiS purchased surveillance technology from Israel that would allow PiS to spy on, and target, political opponents and journalists. PiS is also aiming to expand their electorate by courting rural and city voters. The People’ Party (PSL) has continued to lose rural areas to PiS, and rural voters stand to gain from PiS’s welfare policies, including the “500 Plus” child benefit. Given the recent success of green parties in the European Parliamentary elections, PiS has incorporated environmental issues into its platform in order to appeal to more liberal voters. PiS’s best shot at reaching a supermajority requires them to chip away at support for other parties, including PSL or liberal party coalitions.

Additionally, members of PiS have been tweaking electoral law to favor their party. Before the European Parliament elections, PiS attempted to change the representation threshold from five percent to sixteen percent, effectively eliminating all opposition parties from the competition, aside from the Civic Platform party. Polish President Andrzej Duda surprisingly vetoed his own party’s bill, but PiS lawmakers have attempted another tactic. On July 17, a new amendment to Poland’s electoral code passed its first reading in Parliament. In the proposed law, the court’s extraordinary control and public affairs chamber would validate the elections. The chamber is selected by the National Council of the Judiciary (NCJ), a body whose membership is selected by ruling party parliamentarians and executive branch members, including the PiS Minister of Justice. This would mean that PiS could handpick the individuals who would validate the elections. This would provide PiS with an opportunity to contest elections that they do not win and, in effect, enable the ruling party to determine election results.

Lastly, PiS has taken the fight to the media. In 2015, it passed a media law placing public broadcasting under government control. PiS has replaced journalists critical of the regime with party loyalists. Additionally, TVP, a Polish state television network, has expanded their efforts to target opposition parties—a maneuver adopted from the Hungarian Fidesz party’s playbook. Notably, TVP broadcasted a photo of Donald Tusk, founder of the opposition Civic Platform party, alongside photos of Hitler and Stalin. PiS has borrowed another strategy for muzzling the media from autocrats in Singapore and Malaysia. It has sued smaller media outlets that are critical of the regime for defamation. Further, PiS has sought to shutter foreign reporting in Poland, especially critical German and American reporting. These efforts seek to silence opposition voices in the media and put the PiS platform front and center before voters.

The Polish opposition parties must remain steadfast in garnering the Polish people’s support in order to prevent a PiS supermajority. In the event that the opposition does not succeed, however, there is potential for recourse. The EU’s early intervention in the case of Poland provides an opportunity to preserve Poland’s democratic institutions. The ECJ ruled against Poland in the case of PiS’s overhaul of the judiciary, which underscores an important reality: protecting democracy in Poland will require a hands-on approach by the EU and the newly confirmed Commission President, Ursula von der Leyen. Von der Leyen’s candidacy depended on support from the Law and Justice Party and Fidesz—a fact that makes many Central and Eastern Europe watchers uneasy about whether she will keep rule of law front and center. Regardless of whether PiS achieves the elusive supermajority, the last four years of PiS rule show that they can still undermine democratic institutions in Poland without a supermajority. Notwithstanding the October election’s results, the European Union must remain resolute in its commitment to safeguarding Polish democracy for the next generation.

Carisa Nietsche is a Research Assistant for the Transatlantic Security Program at the Center for a New American Security. Her research is primarily focused on populism, European security, and democratic decline in Europe. She is also a recent graduate of Georgetown University’s M.A. in German and European Studies.