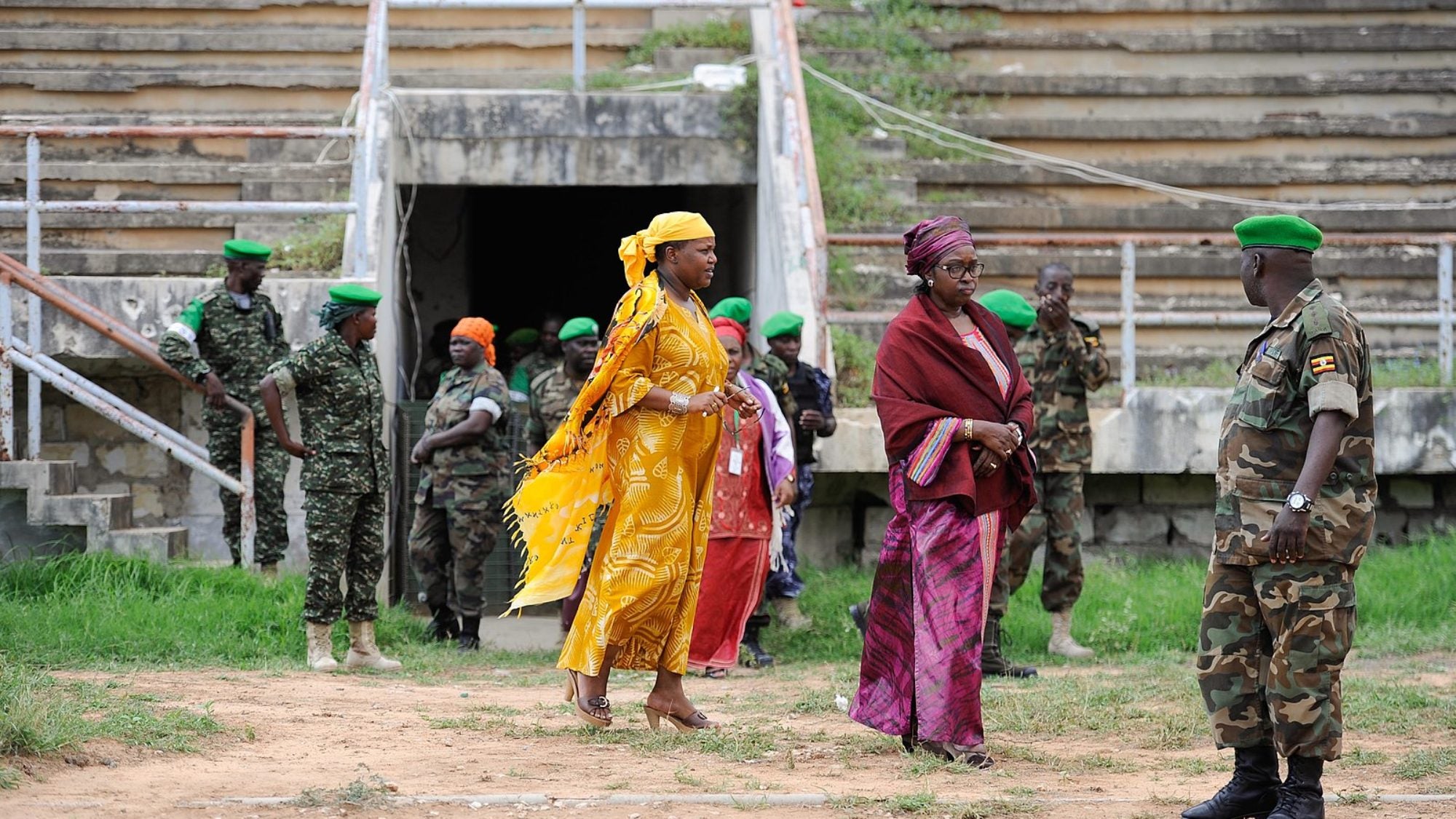 The below article is the first installment in a three-part series.

The aftermath of conflict is a critical opportunity to build inclusive political, legal, economic, and social institutions that will pave the way for peace, stability, economic opportunity, and democratic governance. Women have a vital role to play in these post-conflict transitions.

Post-conflict reconstruction is not merely remodeling bridges and roads, but in fact refers to the transition from conflict to peace by rebuilding the affected country’s social, political, and economic institutions. It can be a process of fundamental structural change with major milestones such as “the cessation of hostilities and violence, the signing of a peace agreement, the demobilization, disarmament and reintegration process, refugee repatriation, establishing a functioning state, achieving reconciliation and social integration, and economic recovery.”

Women should not only be the beneficiaries of post-conflict reconstruction efforts, but also the decision-makers and leaders in their design, planning, and implementation. This article examines how the post conflict period can offer new opportunities for women in three important areas: politics, the economy, and the security sector.

In some countries emerging from violent conflict, women have become more engaged both in political institutions and decision-making at all levels of governance. The constitution-writing process has enabled women to advance gender-responsive legal reforms, work across societal and political divisions, and share vital information with local constituencies and the broader population.

This slow and uneven progress is partly due to major obstacles that block women’s political participation. In the aftermath of violent conflict, women face traditional gender-based discriminatory norms affecting their role in both the public and private spheres. They may be seen as underqualified and lacking experience in public affairs, and certain political parties can act to prevent women’s political participation. Violence against women in politics may also be exacerbated during post-conflict contexts. In the 2010 Afghan elections, 55 percent of campaign workers who were killed during the electoral campaign worked for women’s campaigns and 90 percent of threats against candidates were against women, who represented less than a quarter of all candidates.

To overcome those barriers, quotas and other explicit mechanisms for women’s inclusion have been implemented to increase women’s political participation in countries such as Burundi and Rwanda. The 2019 UN Security Council report on Women, Peace, and Security found that “in conflict and post-conflict countries with legislated quotas, the share of women in parliaments is more than twice that of those without such quotas (24 percent [sic] compared to 11 percent [sic]).” As political parties often function as gatekeepers, reforming political party structures and regulations that discriminate against women can also foster greater women’s inclusion. Other strategies include conducting capacity-building training for female candidates and voters and building coalitions with other female and male allies.

In some states, women played important roles in the constitution-making process, advancing gender-responsive guarantees and setting the foundations for greater participation in the post-conflict society. For example, in post-revolutionary Tunisia the 59 female members of the National Constituent Assembly (who make up 31 percent of the body’s membership) successfully argued for constitutional guarantees on women’s rights, gender equality, and parity (articles 21 and 46 of the Tunisian constitution). In post-apartheid South Africa, advocacy efforts from the Women’s National Coalition ensured that measures for gender equality and equal protection were enshrined in the 1996 constitution. These guarantees set a precedent for women’s greater participation in the post-conflict society and served as a basis on which to demand more gender-responsive reforms.

Enhancing political participation at all levels of post-conflict governance

Effective and lasting political change happens at not only the national but also at the regional and local levels of governance. It is critical to support women’s engagement in local governance in order to ensure that women’s needs and priorities are reflected in local planning and budgeting. Structural reforms of electoral systems can also foster women’s participation at various governance levels. For example, the decentralization process in post-revolutionary Tunisia and its reform of municipal election lists with both horizontal and vertical gender parity requirements promoted women’s representation in the 2018 municipal elections. Women represented 49 percent of the candidates and 47 percent of those elected at the local level.

While post-conflict governance sets the foundation to build a more gender-equal and inclusive society, another critical element of post-conflict reconstruction is economic recovery to ensure sustainable development and economic opportunity for all segments of society.

Ambassador Melanne Verveer is the Executive Director of the Georgetown Institute for Women, Peace and Security (GIWPS). She also serves as the Special Representative on Gender Issues for the OSCE Chairmanship. Amb. Verveer previously served as the first US Ambassador for Global Women’s Issues, a position to which she was nominated by President Obama in 2009. From 2000-2008, she was the Chair and Co-CEO of Vital Voices Global Partnership, an international NGO that co-founded to invest in emerging women leaders. During the Clinton administration, she served as Assistant to the President and Chief of Staff to the First Lady. Amb. Verveer has a B.S and M.S from Georgetown University.

Agathe Christien is the 2019-2020 Hillary Rodham Clinton Research Fellow at the Georgetown Institute for Women, Peace and Security. Agathe’s research at GIWPS focuses on women’s participation in peace processes and post-conflict reconstruction. Her expertise also includes women and countering violent extremism, and international migration. Prior to joining GIWPS, she worked with the Livelihoods Innovation through Food Entrepreneurship (LIFE) Project, a food business incubator program for refugees and host communities in Turkey. She holds an M.A. in Arab studies from Georgetown University’s School of Foreign Service and a master’s in International Relations from Sciences Po Lyon, France.