Title: All I Need Is a Shot in the Arm: Global Cooperation and the COVID-19 Vaccine

The successful development of a COVID-19 vaccine could be a great step forward, but it will require genuine global cooperation to ensure the vaccine’s efficient and equitable distribution. It is time we harness existing opportunities within the global health governance system to facilitate equitable vaccine access and encourage reforms that will serve this outcome in the future.

We may be seeing the beginning of the end of the global COVID-19 pandemic. Though many countries are seeing rapid increases in new cases and hospitalizations, and governments are re-introducing lockdowns and shutting down bars, restaurants, gyms, and schools, recent reports about the development of an effective vaccine have put glimmers of hope on the horizon. In November, Pfizer, Moderna, and Astra     Zeneca all announced that their COVID-19 vaccines proved to be  ninety to ninety-five percent effective and that they intended to apply for emergency authorization for their widespread use. If the applications are approved, the vaccines could even be available in limited supply in the United States before the end of this year.

The question now becomes, who will get access to these vaccines? Beyond figuring out which groups should have priority access, this question speaks to the larger issue of global vaccine distribution. This is a moment for the global community to embrace medical cosmopolitanism rather than sink into ugly battles driven by medical nationalism. The path we take will not only determine how quickly this pandemic will finally end, but it will also set the stage for what cooperation will look like in global health for years to come.

Disease outbreaks can motivate countries to bridge their political differences and work together for the common good. For example, in the midst of the Cold War, the Smallpox Eradication Program brought together the United States and the Soviet Union (among other countries) for an audacious goal—the first-ever eradication of an infectious disease through purposeful and collaborative human action.

Outbreaks can also divide countries when used as justification to sow divisions or retreat from the international stage. In a 2005 Foreign Affairs article, Dr. Michael Osterholm of the University of Minnesota’s Center for Infectious Disease Research and Policy warned that future pandemics could set countries against one another, leading them to close borders, hoard supplies, and even engage in military action. During the Ebola outbreak in West Africa in 2014, a number of countries introduced trade and travel restrictions against Guinea, Liberia, and Sierra Leone in violation of international law. These restrictions served to slow down the response to the outbreak by causing unnecessary delays.

In the quest to develop a COVID-19 vaccine, there are elements of both medical cosmopolitanism and medical nationalism—and tensions between the two. The former is exemplified by the COVID-19 Vaccine Global Access Facility, or COVAX, a public-private partnership operating under the leadership of the World Health Organization, Gavi the Vaccine Alliance, and the Coalition for Epidemic Preparedness Innovation. It brings together nearly every country on the planet—countries that represent more than ninety percent of Earth’s population     —to pool resources for the development of COVID-19 vaccine candidates and negotiate prices with manufacturers. Most crucially, it decreases the cost of any future vaccine and ensures that all states get access to it. Under this plan, no country will get enough doses of the vaccine to cover more than twenty percent of its population until all countries in the program have received sufficient doses to protect their most vulnerable twenty percent. Wealthier countries will subsidize access for poorer countries, and pooling resources provides the vaccine manufacturers with a guaranteed market. This is a great example of states working together while recognizing their shared interest in creating a vaccine and their shared vulnerability to this pandemic in the absence of a preventative measure.

However, the creation of COVAX, promising though it is, has not prevented the emergence of medical nationalism. Under the Trump administration, the United States has refused to join COVAX, arguing in September that the WHO is “corrupt.” Instead, it created its own program, Operation Warp Speed, to support research and/or make advance purchase commitments for any successful vaccines. This means that Americans will be at the front of the line for any resulting vaccine while other countries will need to negotiate with the pharmaceutical manufacturers themselves or hope that the manufacturers are willing to participate in COVAX. Other wealthy countries—even those participating in COVAX—have made their own advance purchases directly with manufacturers, with the first 2.6 billion doses of various experimental vaccines already purchased by rich countries. These efforts not only undermine a sense of global solidarity in the midst of a pandemic that has infected nearly every country in the world, but they also work against protecting everyone. Global public health is a weakest-link public good, meaning that we are only as safe as the least safe. So long as COVID-19 continues to circulate, everyone is at risk. With wealthy countries buying up vaccine supplies, we only extend our continued global vulnerability to this virus.

We should not overlook how remarkable it is that nearly every country in the world has come to work together on promoting vaccine innovation and ensuring widespread vaccine access. This suggests that the global community has made positive strides since the Indonesian government asserted viral sovereignty to restrict access to H5N1 influenza strains to protest that Indonesians would have no access to the vaccine that would be developed from those samples. Yet, a worldwide infectious disease pandemic has clearly not been enough to compel countries to set aside medical nationalism entirely, and some measures should be taken to make sure they do, both now and in the future.

The existing global health governance system actually does have levers to encourage greater cooperation; it just needs to be willing to use them. For example, under the International Health Regulations, the WHO has the power to name-and-shame recalcitrant states. This can be an important tool in emergency situations like trying to develop a pandemic vaccine.

Meanwhile, in order to enhance the WHO’s ability to play a stronger coordinating role within the global health governance system, some deeper reforms are necessary. These could include increasing the assessed contributions member-states must pay, giving the WHO greater control over its budget, and strengthening its powers to sanction states that fail to live up to their obligations. A stronger WHO could help states coordinate on a global health agenda that better reflects both the threats we face and the opportunities we have to work together to combat those threats.

In addition, this pandemic presents an important opportunity to examine how the current intellectual property rights regime relates to the pharmaceuticals industry. The 2001 Doha Declaration on the TRIPS Agreement and Public Health allows countries to circumvent pharmaceutical patent rights in emergency situations in order to gain better access to essential medicines. Unfortunately, as Samantha Plesser notes, pressure from wealthy countries and pharmaceutical companies have led low- and middle-income countries to give up the rights granted them under the Doha Declaration. Even where countries have tried to exercise their right to access essential medicines, they have confronted a lack of pharmaceutical manufacturing capabilities that has prevented them from doing so. Efforts to develop a COVID-19 vaccine are highlighting the importance of ensuring widespread access to drugs and vaccines, creating a moment for the global community to build upon the COVAX framework and realize a vision of pharmaceutical intellectual property rights based on medical cosmopolitanism.

Neither reforming the WHO nor altering the pharmaceutical intellectual property rights regime will be easy. After the Ebola outbreak in West Africa, there were a number of proposals to encourage the global community to work together on health issues in a more timely manner, but few were put into practice due to a combination of institutional inertia, a lack of interest once the immediate crisis passed, and a lack of leadership to move the proposals forward. COVAX may provide a platform upon which the global health governance system writ large can be further improved. It could also demonstrate how the global community can come together to build upon existing international agreements and make the global health governance system more responsive to contemporary health challenges.

Let’s be clear: if the Pfizer and Moderna vaccines turn out to be as successful as early reports suggest, this will be one of the world’s greatest scientific accomplishments. In less than a year, we will have gone from the emergence of a brand-new virus to a vaccine against it—a speed never before seen in vaccine development. If the world is going to truly benefit from this advancement, we need to ensure that the vaccine is widely available. Global cooperation will be vital for allowing everyone everywhere to reap the rewards of innovation. If the global community can work together to ensure equitable distribution of a COVID-19 vaccine, it will provide the basis for building more robust cooperation on a range of pressing global health concerns. It will prove that countries can understand their interconnectedness and work together for the good of all.

Jeremy Youde is Dean of the College of Liberal Arts at the University of Minnesota Duluth. An internationally recognized expert on global health politics, Youde is the author of five books, co-editor of three volumes, and the author of more than 40 peer-reviewed journal articles and book chapters. His most recent book is Globalization and Health (Rowman and Littlefield, 2019). 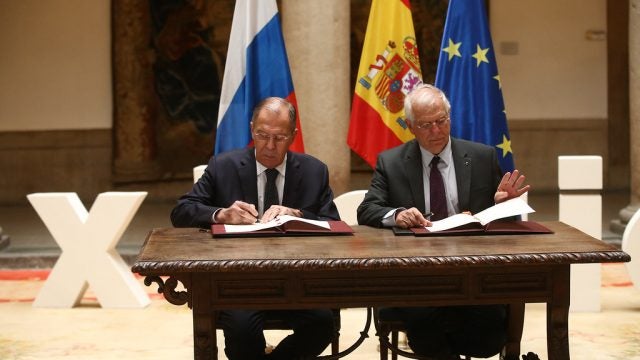 The Tip of the Iceberg or a New Low in EU-Russian Diplomatic Relations?

This article examines current diplomatic relations between the European Union (EU) and Russia. It argues that despite the severe strains in the relationship, cooperation between EU member states and Russia… 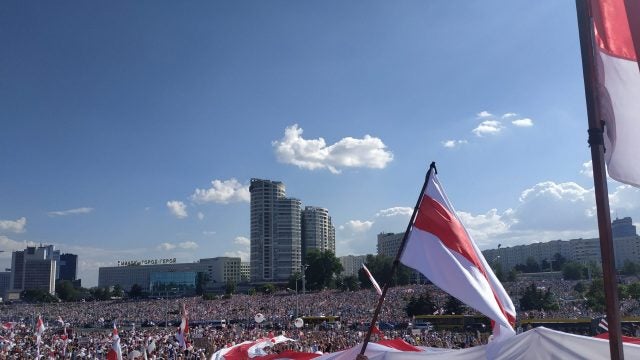 Belarus: Evolution in a Stalemate

It has been a tough year since the contested August 2020 presidential election in Belarus. Incumbent Aliaksandr Lukashenka’s claim to have won by a landslide triggered unrelenting nationwide demonstrations. Although… 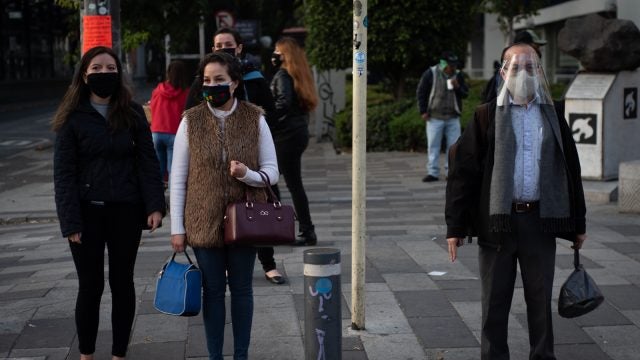 COVID-19 and Organized Crime: the Politics of Illicit Markets, States, and the Pandemic

Early in the COVID-19 pandemic and governments’ efforts to stem the spread of the virus, some forms of crime and violence declined in Latin…