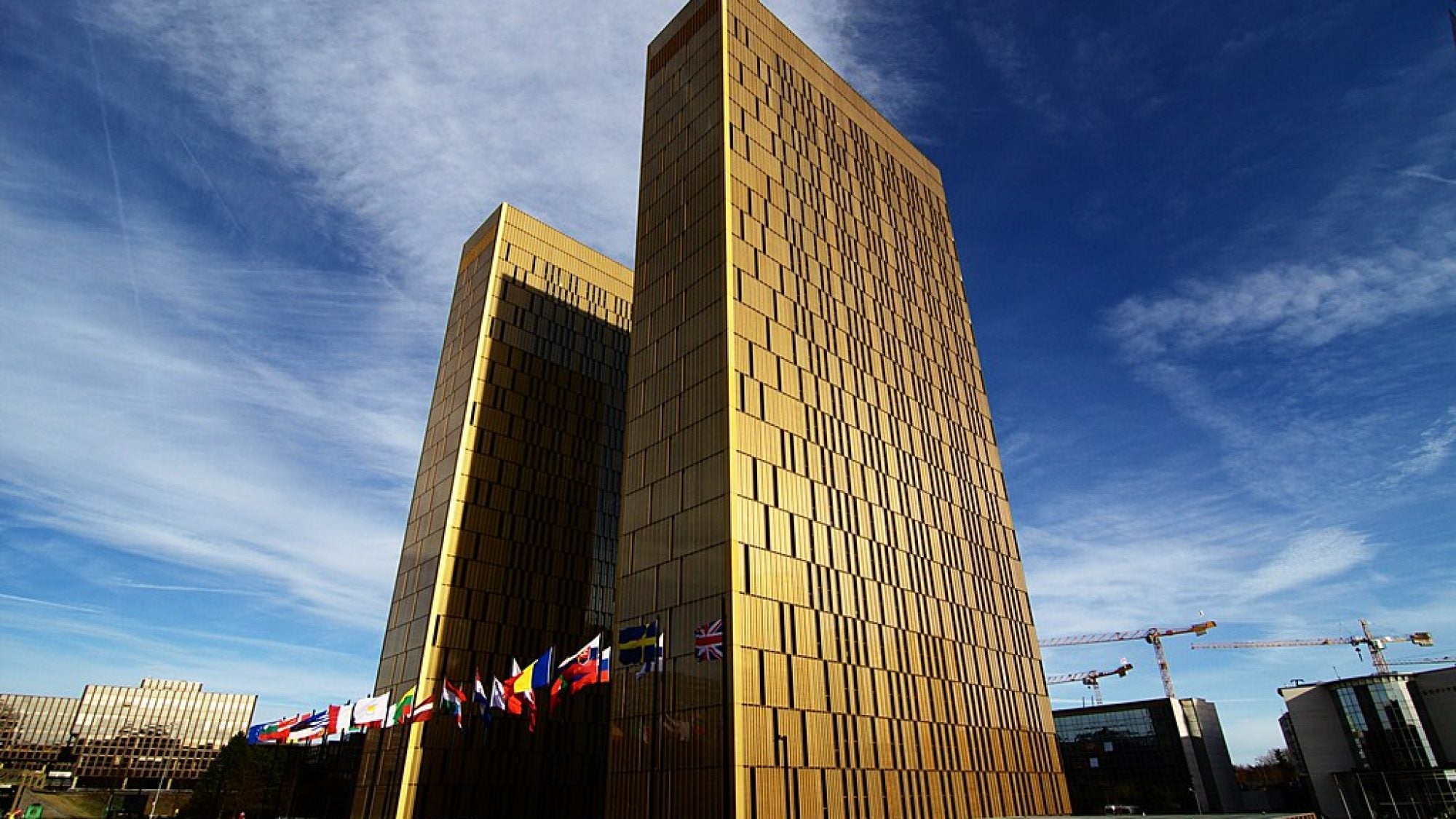 Title: Dr. Peter van den Berg on the Future of the European Project

The United Kingdom’s withdrawal from the European Union has cast doubt on the future of European integration. As the U.K. nears the sixth anniversary of its Brexit vote, Dr. Peter van den Berg, professor of law at the University of Groningen, discusses the British exit and the future of the European project.

GJIA: How strong is the Eurosceptic movement in the Netherlands? Do you believe that there is any chance of a Dutch withdrawal from the European Union?

PVB: Brexit has silenced the Eurosceptics to a certain extent. You don’t hear much from them, although this could have something to do with the pandemic. I feel like with the way that Brexit went, with all of the discussions and the political turmoil that it caused in Britain, most of the ‘Nexiteers’ have been silenced. That doesn’t mean that it won’t come back later. To a certain extent the Netherlands lost in Britain an ally in trying to stop the European Union from moving too rapidly forward. The Netherlands have always said that they are in favor of an ever-closer union. But, in fact, I think they secretly have also hoped that it wouldn’t go too far, and to achieve that they allied with Britain. Of course now they have lost that ally. I’m not sure what exactly the diplomatic course is, for there are so many other problems now, such as the political developments in Poland and Hungary. And the problems Britain has experienced have been covered extensively in the media. Every time something goes wrong in Britain we hear about it. Probably the anti-British sentiments replace their position as an ally; they are no longer an ally in the Union, they are an adversary outside of the Union.

Do you believe that there is something unique about the United Kingdom, such as their culture or their former role in the EU, that has made them especially prone to withdraw from the EU?

Yes, I am convinced that from the start it was a difficult position for Britain. They refused to be a founding member in the 1950s, but joined the European project in 1973, more than 20 years after it started. They basically only joined for economic reasons. The economy of Britain in the early 1970s was in a poor state. They had won the Second World War, but had lost the peace. They had to pay a lot of money to the United States for the military equipment that had been delivered. The labor unions were too strong and their industry was old-fashioned. Things weren’t going in the right direction for Britain, so they wanted to join. France prevented this for several years; France did not want Britain to join. In the end, Britain succeeded in getting a seat at the table. They also wanted to be present when the important decisions were made.

You have to realize that at that time the European Union as it is today didn’t exist, it was still the European Economic Community. There weren’t discussions of fundamental rights in the European Union context; that was left to the Council of Europe in Strasbourg. The British thought that they would join the common market to help their economy recover. What they were increasingly confronted with was a project which from the point of view of France and Germany didn’t start for economic reasons, but for political reasons: to prevent the next war. For Britain this issue didn’t matter, but for France and Germany that was their main aim. So for them, what we call “deepening of the European Project” was essential. If you compare the European Union of today with the European Community fifty years ago when Britain joined, there is an enormous difference. It is a completely different political entity that has moved towards a common currency. Britain of course didn’t adopt the common currency, but nevertheless they could see where the project was intended to go.

I think Britain was Eurosceptic from the start; they wanted to join for economic reasons as a sort of replacement for their commonwealth empire, basically a place where they could sell their products, but not the whole idea of an “ever-closer union,” which wasn’t in the original treaties and wasn’t for them. They also have a specific political culture that was in line with this lack of enthusiasm, thus allowing domestic media to be fundamentally Eurosceptic, like The Sun. Time and time again they criticized the European Union. In Brussels, they usually told their counterparts not to take the media too seriously. There was a discrepancy with the British position in Brussels, which I think was to a large extent cooperative, and the ideas of the large part of the British population. I think yes, Britain had a very peculiar position in the European project which I think from the start had some Brexit elements in it, given the course that the European project took.

Now to pivot to the east, nowadays it seems that the main threat to the EU comes from the right-wing regimes in Poland and Hungary. Recently, Poland’s Constitutional Tribunal ruled that numerous portions of Articles 1 and 19 of the E.U. treaties are incompatible with the Polish constitution. By asserting the supremacy of Polish law over EU law, does the Polish court’s decision pose a threat for the European legal order?

That is definitely the case. One of the fundamental novelties of the Treaties of the European Union is that the signing partners agreed to have a common court with mandatory jurisdiction. So, the member states of the European Union at that time accepted the supremacy of the European court, which is extraordinary for a court in an international organization; even the International Court of Justice in the Hague does not have mandatory jurisdiction. That novelty which was explicitly in the treaty. The member states accepted that the European Union constituted a separate legal order encompassing all of the legal orders of all the member states, basically a new and superior legal order. On the basis of that conclusion, it was decided by the European Court of Justice (ECJ) in Van Gend en Loos and later in Costa v. ENEL, two important rulings in the 1960s, that European legislation and treaties would be superior to domestic legislation.

There is some logic in this reasoning, but there have been debates on whether this was acceptable even before the Polish took this position. It’s interesting to note that in 2005 there was an effort to introduce a constitution for Europe, and in that treaty there was a provision which explicitly states the supremacy of European law over national law, which would have codified Van Gend en Loos and Costa v. ENEL.​​ However, member states did not want this in that treaty. They wanted to keep this fuzzy, so to speak. The member states of course profit very much from the European Union, but at the same time they want to do so at the lowest cost in terms of sovereignty. It is an understandable aim. There has always been some confusion about the exact status of European law. It is accepted that member states have to accept the rulings of the ECJ, but the exact position of European law is a little bit more fuzzy. This has also been visible at the Bundesverfassungsgericht, or the German constitutional court, which has expressed some doubt about what to do in situations where European regulations are contrary to the German constitution. In that sense this is a lingering problem which is at the core of the European project, because the member states want the profits but not the costs.

It is not just Poland; other states want this too. The only problem is that for example Germany is very careful not to blow up the European Union; it is existential for them that the European project succeeds. The Bundesverfassungsgericht in the end operates very carefully and usually suggests some sort of cooperation between the German courts and the ECJ. What is remarkable is that Poland is on a collision course with the ECJ. That is unique, and it is also contrary to a fundamental principle of European law, the principle of sincere cooperation.

But it can possibly be explained by the history of Poland, which is of course a very difficult history. Finally [after the fall of the iron curtain] they have their sovereignty, and now they feel they are losing it again. The short answer to your question is that I think that European institutions will understand the specific historical situation of Poland and I think they will approach this in a very bureaucratic way, waiting until Donald Tusk wins the next Polish elections. They will take countermeasures, such as monetary fines on Poland which can be subtracted from EU subsidies.

I think that in the end there will be some sort of compromise, and I don’t think this crisis will fundamentally rock the European project. There have been many crises in the past forty years, and I think most of them have been used to strengthen the European project more than to weaken it. I believe that this will happen with this crisis as well, and again to connect it to the previous question, the situations of Poland and of Britain are definitely very different.

The reasoning of the ECJ is strong, but generally speaking the E.U. should really think about how far they want to go with harmonizing their policies with states like Poland. . . . the ECJ has to accept that the member states are different even if they don’t like it. They should maybe look to the United States sometimes, where there is a huge difference between states such as Wisconsin and Texas. I doubt that the European Commission would accept those differences, but if they want the European Project to be successful, they should look to the American federation.

Dr. Peter van den Berg is an associate professor of law at the University of Groningen in the Netherlands. He is also a guest lecturer in the department of law at the University of Aruba. Van den Berg is an expert on constitutional law, comparative law, and legal history with a specific focus on the European Union and Latin America. His book Colonialism and Codification: A Legal History of the Caribbean and the Americas will soon be available in English.