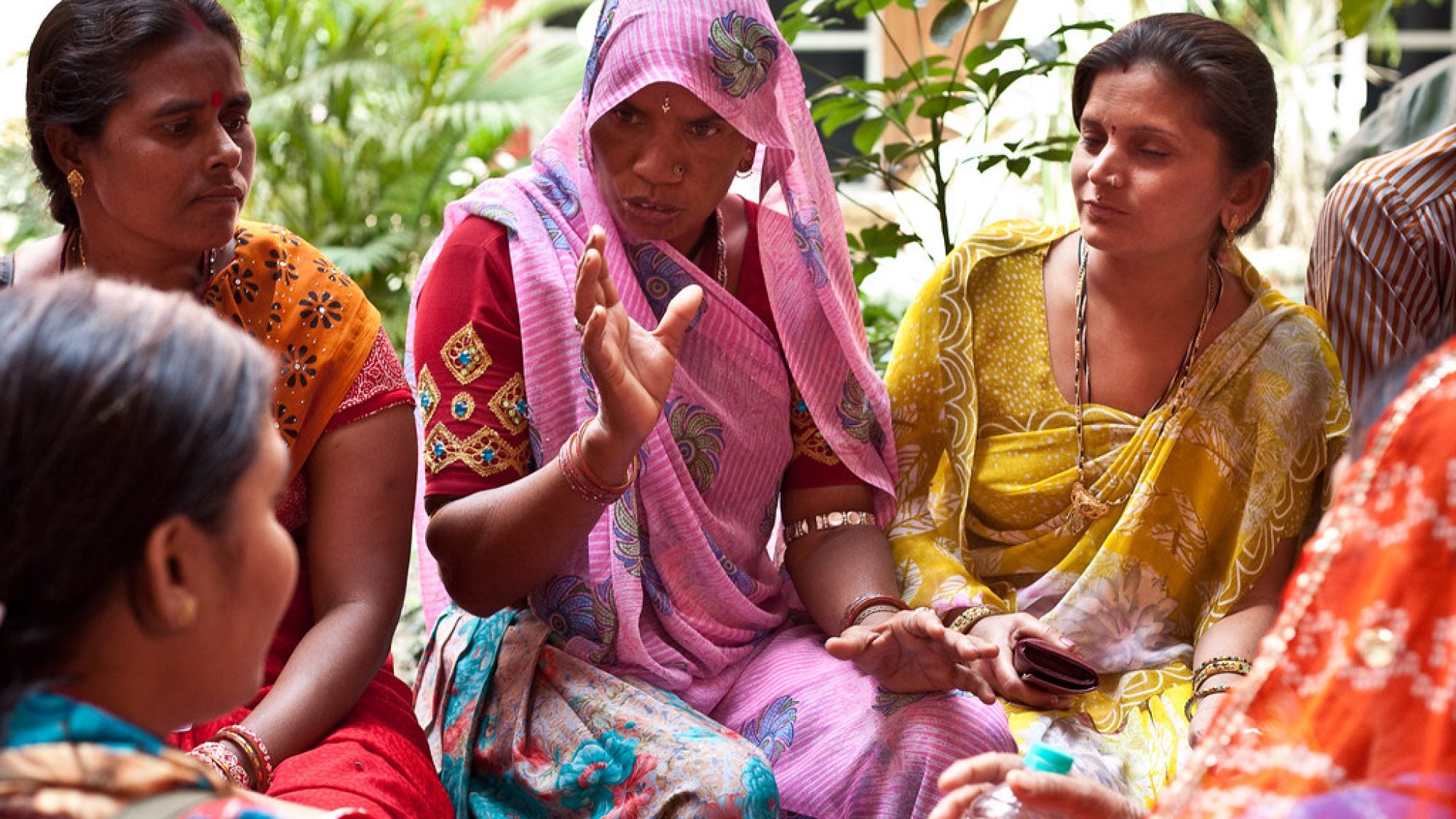 Trust between citizens and their states is crucial for resilience in the face of COVID-19 and the global challenges on the horizon. Ironically, the pandemic has magnified a particularly consequential form of inequality—gender inequality in economies, polities, and societies—weakening trust in the state by all citizens, particularly women. Quotas mandating women’s local political representation can help upend entrenched political, economic, and social hierarchies, enabling greater citizen-state trust and resilience in the face of global challenges. However, this powerful change can also cause backlash from those with power in the status quo.

As the world seeks to navigate the COVID-19 global pandemic, one thing is clear: trust in the government matters. A recent study finds low rates of COVID-19 infections (and high vaccination rates) in countries where vaccine availability is matched by high levels of government and inter-personal trust. Indeed, trust and cooperation between front-line state officials and citizens clearly enabled effective COVID-19 responses at the local level. Yet the pandemic has magnified pre-pandemic trends of growing intra-country inequality, limiting citizen trust in the economy and politics, and further accellerating the caregiving crisis.[1]

COVID-19 has consistently magnified one particularly consequential form of inequality: gender. Women’s domestic labor fills widening gaps in state-provided social protection as economic precarity grows. During COVID-19 lockdowns, female front-line workers were guaranteed public welfare in much of the world, yet women constitute only a quarter of decision-makers elected and appointed to direct COVID-19 policy responses. Gendered exclusion is not ancillary to the state, but is instead historically a cornerstone of statecraft and formal justice, exemplified by a 2021 brief alerting the U.S. judiciary to the consequences of ruling to deny women abortion rights.

Tackling resilient gender inequality in political representation presents one tool for building the equitable state-society relations that are essential for trust. The stakes are high. Remedying gender inequality is a prerequisite for countries to thrive in the wake of the global pandemic and future global challenges. To understand how, consider India, the world’s largest and yet poorest of the enduring democracies, with immense regional variation in the scope and impact of state projects to improve social, political, and economic equality. In India, quotas for women as elected heads of local governments enable the state to be more accessible, supportive of, and responsive to female citizens. This upends prior hierarchies not only in the polity but in the economy and family, which opens the door to greater citizen-state engagement, trust, and resilience in response to crises such as COVID-19.

Accounts of the relationship between the state and citizens in India make three lessons clear. First, political competition matters. While elections alone do not ensure state accountability to citizens, political competition among elites has driven meaningful change such as India’s decentralization of local electoral democracy. Accordingly, social programs to improve citizen welfare are most likely to succeed where electoral incentives compel state-responsiveness, and fail where elites face social competition without the check provided by electoral accountability. Second, inclusive political coalitions—“subnational identities” —are crucial to building positive feedback loops where citizens perceive the state as responsive and worthy of engagement by ever-more-inclusive communities. Third and finally, individual citizens can catalyze state action across rural and urban India, and across party lines.

What is missing in these accounts is the role of gender. In India, women are vastly underrepresented in national politics, making up 12 percent of parliament, as opposed to 22 percent political representation on average globally. This is consequential because women and men express different preferences for state action. Women are more likely to support redistribution, social security, insurance, and taxation compared to men, both in India and globally. These gendered preference gaps track to social structures such as the sexual division of labor that distribute gendered power.

Indeed the typical gender gap where men have higher levels of political participation than women  flips, privileging women, and economic policy preferences converge toward minimal support for state-led redistribution in communities where lineage norms shift gendered entitlements to wealth toward women—distributing social entitlements to inherit wealth via women (in matrilineal societies)—rather than men (mainstream patrilineal groups). This suggests an important role for the state: overturning gendered entitlements to resources can reshape gender-biased patterns in politics and policy. Quotas which open political and economic power to women have the potential to shift gender inequality not just in states but in the broader economy and society.

Quotas mandating women’s local representation have the potential to upend entrenched social, political, and economic hierarchies, enabling greater trust among citizens and in the state. The effects of such policies can be seen in India, which passed constitutional amendments in 1993 that mandated a three-tiered system of local governance supported by fiscal resources, regular elections, and quotas for members of traditionally-excluded Scheduled Castes (SCs) and Tribes (STs) as well as women.

When political institutions open representation—and the associated authority and power of the state—to women, it can give rise to a fundamental reordering of power. Female local government leaders not only make politics accessible to women—convening meetings at times and in spaces accesible to other women—they also create new public spaces for women, improving their capacity to claim rights with full information and strategic resources. Most radically, they repurpose the private space to enable negotiation of state-provided rights where they are first arbitrated: within the family and with implications for the socio-economic and political balance of power.

The disruptive power of quotas is particularly clear where legal reforms provide women equal rights to inherit property. Given that the inter-generational distribution of property through men provides an economic, social, and political cornerstone of patriarchal order, it is unsurprising that men recognize and resist challenges to their dominance.

Female political representatives most effectively support the economic rights of female constituents­­­ when they are present at critical junctures; in India, the most important are marriage negotiations. During this process, female elected leaders can support young women willing to trade monetary dowries (typically given to in-laws) in exchange for receiving economic rights to property in the woman’s name. This ability to negotiate trades that can improve individual and familial welfare constitutes a form of bargaining power.

Yet there is a paradox: quotas are essential for enforcement of rights, but they generate backlash against women who gain rights without simultaneously gaining bargaining power. The consequences fall not only on individual women, whose probability of inheriting land plummets, but also on their parents, as brothers refuse care for them—an obligation traditionally tied to property inheritance—and on future generations, due to greater female infanticide. Quotas foster equity as opposed to resistance within households where women hold real bargaining power. More broadly, we should expect that there is a cost to disrupting entitlements to power. To be successful, policies of quota implementation must include infrastructure to support the voice and bargaining power of the individuals they seek to assist.

Quotas mandating women’s representation fundamentally change the relationship between citizens and the state. It has been shown that women with experience in political office often mobilize higher voter turnout by both men and women. This suggests women invest in improving both female citizens’ economic rights and political engagement by all citizens. Indeed, women belonging to minority castes or ethnicities that have directly experienced social oppression are the political representatives most effective at breaking down divisions between social groups. Political representatives who advance social unity have never been more necessary. In the face of pandemic-induced polarization, eliminating these social divisions and the mistrust they enable is crucial to build the high levels of government and inter-personal trust needed to combat COVID-19.

Given the power of electoral quotas in India, should we conclude that quotas offer a “fast track” to women’s political empowerment and more egalitarian, high-trust states and societies or are they a dangerous form of state-based social engineering, which some call a path to “the great human tragedies of the twentieth century?” The case of India suggests political representation can enable women to claim crucial economic rights, but it is likely insufficient to bring about meaningful or benign change.

One route toward more equitable relationships between citizens and the state is to advance quotas in tandem with policies that maximize the bargaining power of the most vulnerable groups, for whom rights and political voice is essential. Indeed, a citizen’s voice is meaningful only if a person can “marshal some influence or bargaining power.” Policy interventions can indeed build strategic resources for citizens systematically marginalized by the global pandemic to negotiate, either as individuals or based on collective action.

To limit backlash, policies meant to right power imbalances should maximize the bargaining power of marginalized individuals as they gain rights or resources. How? Individual bargaining power flourishes at moments where structural fissures present opportunities for individuals to strike bargains in multiple arenas. On how policy timing matters, consider one pivotal point in family formation: partners’ negotiation of paid employment and unpaid care around a child’s birth (or adoption). Gender-equal representation can create supportive ecosystems in both monetary (universal paid leave) and physical terms. Child mortality drops by a third for every ten percentage point increase in representation of women in India. In addition, extended paternity leave policies maximize women’s bargaining power around childbirth.

While there are too few female-led countries to identify the impact of female representation on COVID-19, states that invested in gender-egalitarian “care infrastructure” for parents, including highly-incentivized, extended paternal leave, such as Denmark, have weathered the pandemic well. In contrast, states where this “care infrastructure” is absent, notably the United States, have experienced increasing gender inequality alongside massive pandemic disruption.

In conclusion, bringing gender equality into focus has the power to transform not only relationships between citizens, but also trust in states, enabling resilience in the face of COVID-19 and the global challenges on our horizon.

Rachel Brulé (@BruleRachel) is Assistant Professor of Global Development Policy at Boston University and the author of Women, Power and Property: The Paradox of Gender Equality Laws in India (Cambridge University Press, 2020), Winner of the Gregory Luebbert Prize for the best book in Comparative Politics, awarded by the American Political Science Association in 2021. Her articles are published or forthcoming in the Journal of Politics, the Journal of Development Economics, and the Annual Review of Political Science, among others.

[1] In which care work for children and adults is systemically undervalued, limiting the set of individuals willing and able to perform this labor mainly to those already in precarious positions.