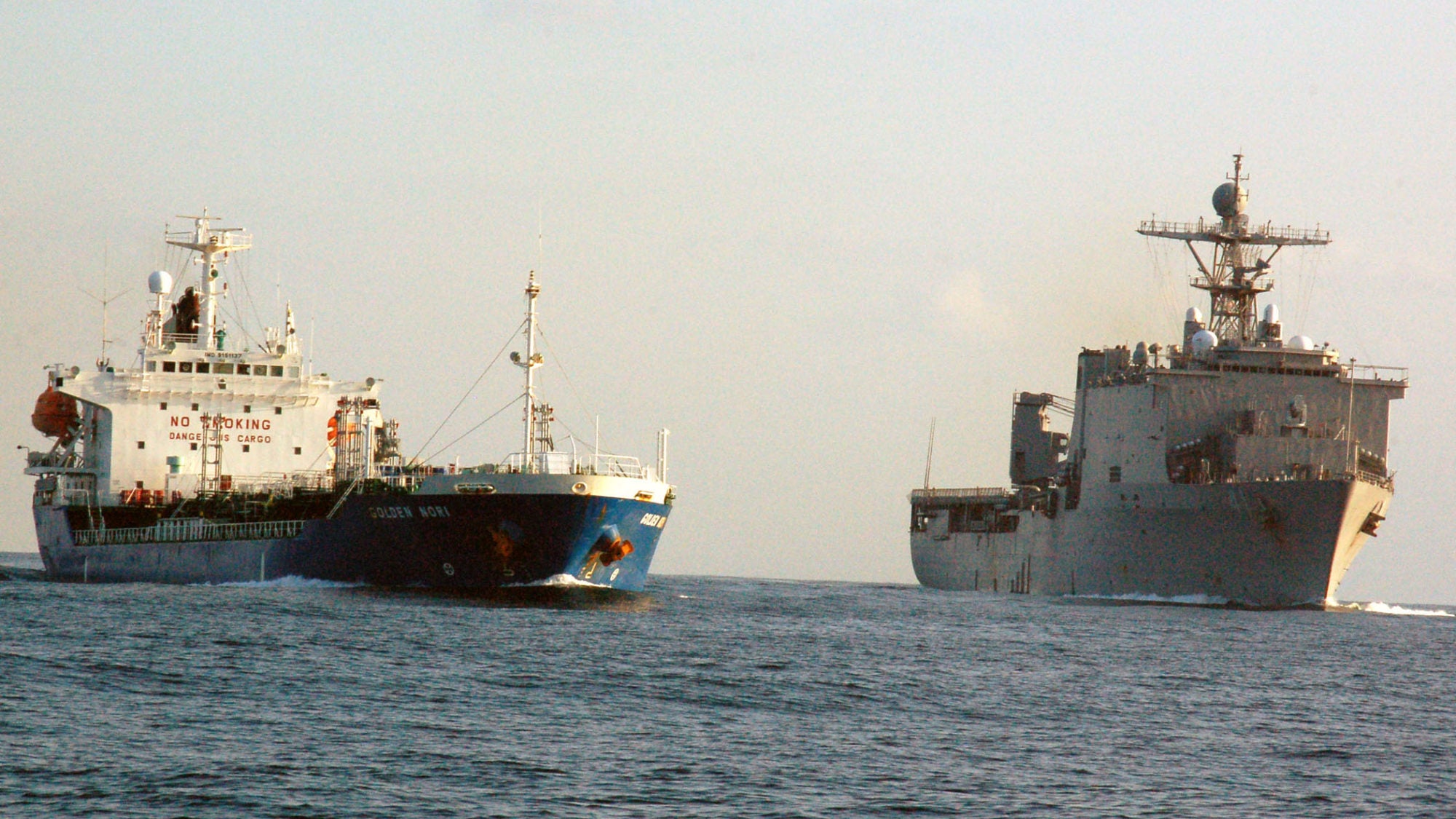 Title: Tariff War to Turbot War: How a United States-China Trade Conflict Could Spiral Out of Control

Tense economic disputes have escalated to violent confrontations in the past, and there is a legitimate fear that the budding trade war between the United States and China could trigger a conventional military conflict.

As with most international disputes, a wide range of possible scenarios exists, some of which have already been set in motion. The Trump administration’s plan is to use tariffs to make select foreign products more expensive, thus encouraging consumers to buy from domestic producers. The tariffs are specifically targeted to aid American manufacturing sectors that the administration believes are suffering in competition with cheaper Chinese imports. The plan’s optimal outcome is one in which a few industries, particularly steel and aluminum, will be able to offer their goods at lower rates relative to their foreign competitors in the United States. However, such a plan risks consumers suffering higher costs across the board. As the scenario escalates and some U.S. companies prosper as Americans buy local, China may retaliate with its own tariffs, commencing a full-on trade war.

Summer 2018 saw this scenario begin to play out. Chinese President Xi Jinping addressed President Trump’s tariff plans, denouncing what he dubbed “selfish, shortsighted, closed, narrow policies.” He also pledged to outdo the United States with an estimated $200 billion worth of tariffs, an escalation that would surely shock the American economy. The back and forth between Xi and Trump continued with the latter’s mid-September announcement of his intent to impose $200 billion in additional tariffs on China, a move backed by U.S. Secretary of Commerce Wilbur Ross.Ross has downplayed China’s ability to retaliate economically, stating that Beijing is metaphorically “out of bullets.” Yet, judging by the fervor with which the administration unveiled its tariff plan, it seems that the White House has not considered the possibility of retaliation by actual bullets.

Though much remains unknown at this point, increased tensions between the United States and China could take a more volatile turn, not unlike the 1995 Turbot War between Spain and Canada, which though not a conventional war was a violent diplomatic incident. The two long-standing allies almost came to blows over an economic dispute concerning Spain’s alleged overfishing of Turbot fish in territories under Canadian jurisdiction. At the height of the tensions, a Canadian air patrol chased a Spanish fishing ship out of the area, with Canadian Coast Guard units unleashing a warning volley of machine gun fire at the vessel. The Spanish crew’s subsequent arrest spurred a diplomatic crisis that, among other consequences, divided many European states on who was in the right, Canada or Spain. It also triggered a similar, nearly-violent standoff between French coastal patrol and a British ship misidentified as Canadian. Eventually all parties were able to reach a settlement; Canada received $500,000 in recompense and the Spanish crew was released. This episode, however, demonstrates the relative ease with which two otherwise peaceful countries could come to blows over economic grievances. As such, it is not outlandish to imagine the prospect of a Sino-American conflict erupting between two nations with an already-tense relationship.

Alternatively, there exists a still-worse scenario in which United States-China tensions escalate to the point of provoking a full-scale conventional war, as opposed to the mildly violent diplomatic standoff that occurred during the Turbot War. While most contemporary practitioners and members of the media pay attention to the symbolism behind economic sanctions, rather than their actual spillover effects, the United States’ World War II-era sanctions against Japan sparked the tinder box in a war both countries anticipated. In the face of Imperial Japan’s expansion across continental Asia and the western Pacific, Washington delivered a string of increasingly burdensome “economic warfare measures” against Japan, including multiple trade embargoes. These policies culminated in late July 1940, when President Franklin D. Roosevelt signed the Export Control Act granting his administration the authority to prohibit exports of military materials to Japan. Many have argued that, by limiting Imperial Japan’s ability to attack other states, the United States was serving a greater good, but these policies ultimately pushed Japan to attack Pearl Harbor six months later.

While China has announced its intention to scale back tariffs against the United States by November 1, Beijing has shown no sign of letting up on other familiar aggressive economic policies, such as severing trade to nations recognizing Taiwan, providing monetary assistance and trade to nations hostile to the United States like Venezuela and Iran, continuing illicit currency manipulation schemes to interfere with the value of the U.S. dollar, and numerous other practices that, according to the U.S. Trade Representative Robert Lighthizer, cost Washington upwards of $50 billion a year. President Trump and his administration are justified in considering some form of response, and tariffs have worked well to insulate the American economy in the past. However, the administration should be careful to avoid needlessly throwing sparks on an already volatile Sino-American tinderbox, especially in light of the occasional standoffs between the two countries in the South China Sea. If tensions continue to fester, it is possible that, before long, a Turbot War scenario could break out in a dangerous turn of events compelling other countries to choose sides. Facing the specter of Imperial Japan’s extreme response to American trade measures prior to World War II, the Trump administration could do the world a favor and err on the side of caution by moving away from the high risk-high reward approach to China taken thus far.

Justin H. Leopold-Cohen (@jleopoldcohen) works as a research and policy analyst in Washington D.C., focusing on security affairs. His work has been featured in the Columbia University Journal of International Affairs, the George Washington University International Affairs Review, and the International Affairs Forum. He is a graduate of the Johns Hopkins University MA program in Global Security Studies, and received his BA from Clark University in American History. Any opinions expressed in his writing are solely his own and do not speak for any institution or government. This article was written based on information available as of October 16, 2018.