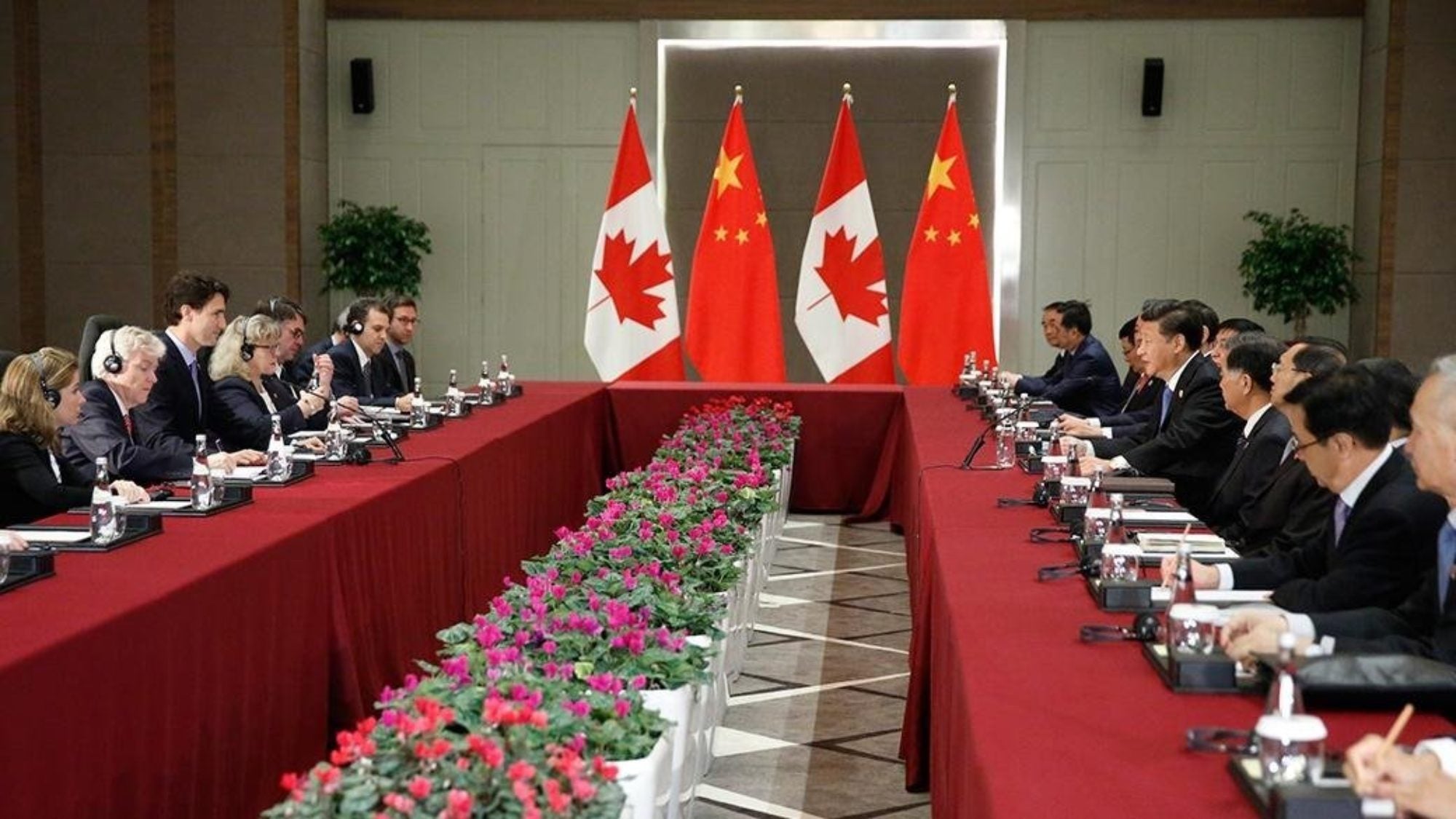 Title: The Canada-China FTA in Peril Part I: The USMCA “Non-Market Country” Provision

As part of its efforts to address Chinese trade practices, the United States demanded a provision in the recently negotiated United States-Mexico-Canada Agreement (USMCA) that constrains any of the parties to the agreement if they attempt to negotiate a Free Trade Agreement (FTA) with a “non-market country.” This term is defined in Article 32.10(1)(a) as a country which “a Party has determined to be a non-market economy for purposes of its trade remedy laws” (“trade remedies” include anti-dumping, countervailing duties, and safeguards). This provision technically applies to all three parties, but it was likely aimed primarily at Canada, which was taking serious steps to negotiate an FTA with China. While some people have worried that this provision will impose constraints on a Canada-China FTA, in fact the impediments in this provision are fairly limited. Instead, it is the collateral damage from the broader U.S.-China trade war that will get in the way.

There is no official definition of a non-market economy in international trade agreements, and in the abstract the category is probably more of a continuum than a binary label. All economies have some mix of state and private sector control. When the state component reaches a certain level in a particular country, other governments may decide to classify the country as a non-market economy for the purpose of anti-dumping calculations, which subjects the country to harsher treatment.

Under U.S. anti-dumping law, key factors that are considered in making this designation are: currency convertibility, wage rates being determined by bargaining, foreign investment restrictions, extent of government ownership or control of production, and government control over allocation of resources and price and output decisions of enterprises. In the United States, eleven countries meet this definition, including China. Canada also has special anti-dumping rules that apply where government involvement in the economy determines prices, and China and two other countries have been targeted under these rules. Mexico does not have a defined list of non-market economies, and uses a different terminology – centrally planned economies – which is determined on a case-by-case basis using similar criteria as the United States. While there are other countries that fall into the category of non-market economy, China is the main non-market economy that governments are concerned about, and the USMCA provision targets potential FTAs with China.

Could this provision get in the way of Canada’s desire to negotiate a trade agreement with China? There were concerns expressed in Canada that it could. However, the actual terms of the provision may not be as much of an impediment as some fear. There are two components to the provision: a notification requirement related to the negotiations with China, and a special permission for “termination” of the agreement.

With regard to notification, under paragraph 2, Canada would have to notify the United States about its negotiations with China “[a]t least 3 months prior to commencing negotiations.” Of course, Canada likely would have done this anyway, as Canada and the United States tend to consult closely on trade and economic strategy. Paragraph 3 then requires that the negotiating Party “shall provide as much information as possible regarding the objectives for those negotiations”; and paragraph 4 says that “[a]s early as possible, and no later than 30 days before the date of signature, that Party shall provide the other Parties with an opportunity to review the full text of the agreement ….” Overall, these notification requirements are not particularly burdensome and many of these steps might have occurred even without the existence of this provision.

As for termination, paragraph 5 says that “[e]ntry by a Party into a free trade agreement with a non-market country will allow the other Parties to terminate this Agreement on six months’ notice and replace this Agreement with an agreement as between them (bilateral agreement).” However, Article 34.6 already gives USCMA parties the right to withdraw after giving six months’ notice. Again, the non-market country provision seems less significant than at first glance.

Considering what is likely to take place in a Canada-China FTA negotiation, what are some of the possible issues that might raise concerns for the United States? One category involves the specific trade liberalization that Canada and China include in the agreement. For example, Canada might negotiate preferential access to Chinese agriculture markets, putting U.S. producers at a disadvantage; or Canada might liberalize its markets for heavy industry or high-tech products, causing concerns for U.S. producers; or Canada might agree to treat China as a market economy in its anti-dumping calculations.

Another category covers issues that perhaps Canada and China would not address. For example, Canada might agree to go easier on China in terms of labor rights protections as compared to the standard U.S. approach; and Canada might not push for intellectual property protections that are as strong as what the United States prefers.

At the same time, it is clear that in terms of their approach to trade liberalization and the content of trade agreements, Canada and the United States have generally been on the same page. Indeed, the idea that Canada needs to be monitored in this regard suggests that the Trump administration may not have a very good sense of its long-standing allies. Canada and the United States may have minor differences on international economic policy, but for the most part—at least until recently—they think along the same lines. In fact, rather than some rogue effort to undermine the United States, Canada’s approach to negotiating with China could actually serve as a test run for U.S. trade officials, to see what is possible. Australia, New Zealand, and others have negotiated trade agreements with China already, but while the United States was no doubt monitoring these developments, it was not actively involved. In the case of a Canadian negotiation with China today, the United States could play a bigger role.

It is also worth noting that Article 32.10 talks about an “intention to commence free trade agreement negotiations.” But there is the possibility of doing a deal that is less than a full and comprehensive “free trade agreement,” focusing on specific sectors instead. Arguably, narrower deals of this kind would not fall within the scope of the provision, creating a different kind of opportunity for U.S. trading partners who would like to negotiate something on trade with China.

Thus, overall, the non-market country provision of the USMCA probably will not stop a Canada-China FTA or other trade agreement if the two countries want to pursue it. On the other hand, as discussed in this piece, the broader U.S. efforts to take on Chinese trade practices have created a situation in which a Canada – China FTA looks unlikely at the moment.

Simon Lester is the Associate Director of Herbert A. Stiefel Center for Trade Policy Studies at Cato Institute and the founder of WorldTradeLaw.net

Inu Manak is a Visiting Scholar of the Herbert A. Stiefel Center for Trade Policy Studies at Cato Institute and a Ph.D. Candidate in Department of Government at Georgetown University.

Huan Zhu is a Research Associate of the Herbert A. Stiefel Center for Trade Policy Studies at Cato Institute.