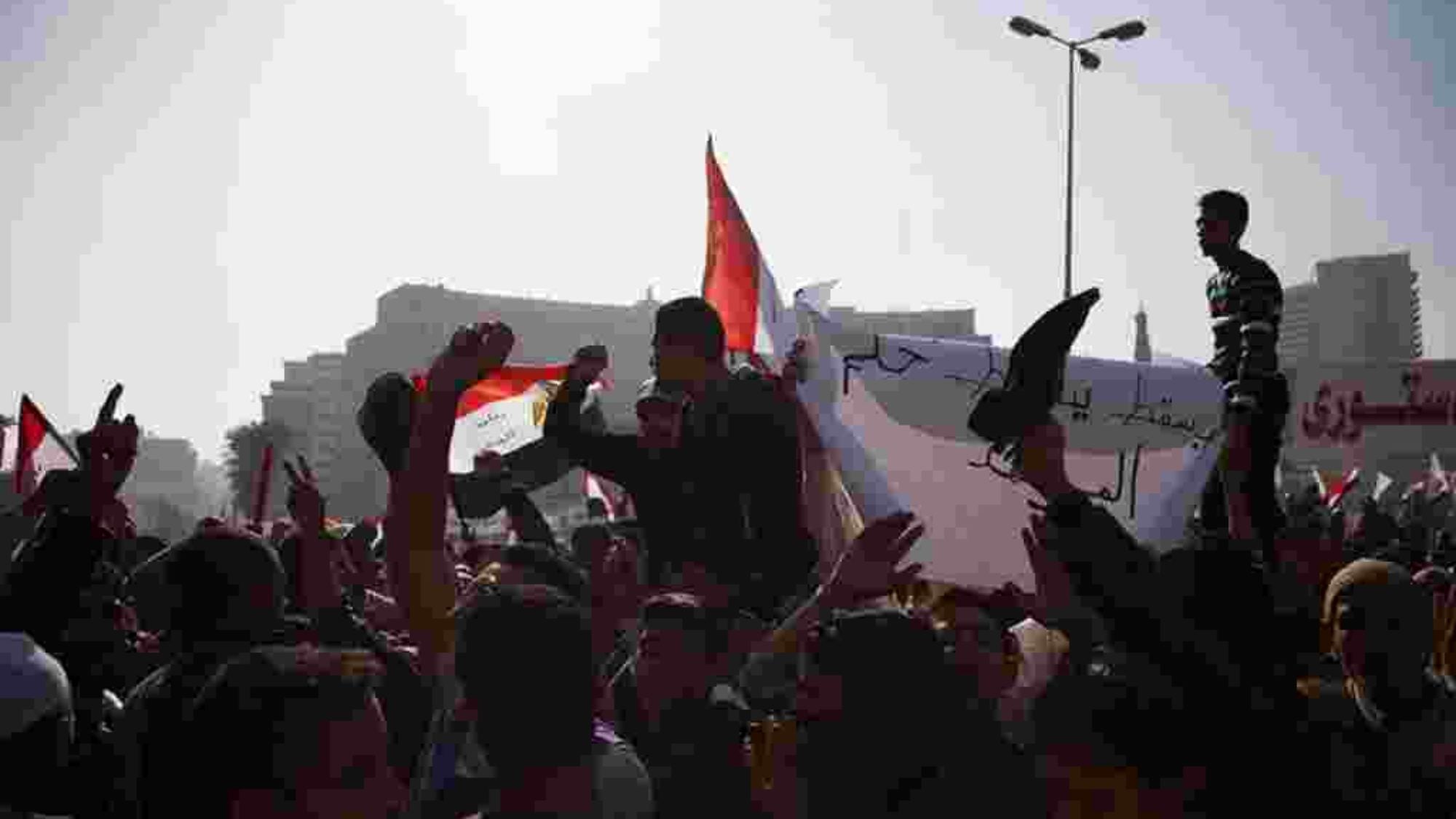 The following is the second of a two-part series.

The Rise of Jihadism

It was not until the Soviet war in Afghanistan, as the Cold War withered away and jihadi combatant movements were organizing in Egypt and Syria (among other places), that the United States took a renewed interest in the Muslim Brotherhood as a partner to tackle these new transnational issues. As the 1991 Gulf crisis unfolded and jihadi movements like al-Qaeda grew stronger, political and religious extremism became a top priority for U.S. foreign policy [1]. Yet questions arose as to whether the Muslim Brotherhood’s thoughts and actions exerted an exacerbating or a mitigating influence on the jihadi movement.

Some analysts believe the Brotherhood shares the same plans as jihadi groups, and therefore cannot be separated from other terrorists. Conversely, others who embrace a legalist approach take stock of the Brotherhood’s break with violence in the 1980s and claim that the Brotherhood is a potential ally in the fight against jihadi groups. This question unsurprisingly became even more acute after the 9/11 attacks.

The Muslim Brotherhood in Power

The Muslim Brotherhood’s victory in the 2012 Egyptian parliamentary and presidential elections seemed to confirm the need for the Obama administration to open up to the Muslim Brotherhood. Even though the Brotherhood still inspired a number of concerns about its defiance towards the United States and the possibility that it could compromise U.S. interests in the region, diplomatic engagement and inclusion remained the rule. 2012 was marked by high-level meetings between Brotherhood members and U.S. officials. They communicated regularly, and U.S. officials were constantly seeking to gather Islamist sentiments and analysis on the rest of the Arab world. U.S. diplomats in Cairo at the time clearly announced that they wanted to work with “winning parties” (i.e. the Islamist movement), arguing that its leaders have “been very specific about conveying a moderate message—on regional security and domestic issues, and economic issues, as well.” Thus, their fears about the Brotherhood were outweighed by an official U.S. position that called for openness toward, and integration of, the movement. As such, while the former U.S. Ambassador to the United Nations Jean Kirkpatrick stated that “the Arab world is the only part of the world where I’ve been shaken in my conviction that if you let the people decide, they will make fundamentally rational decisions,” Jeffrey Feltman, Assistant Secretary of the Bureau for Near Eastern Affairs at the time, espoused a different line of thought:

We know that parties rooted in religious faiths will play larger roles. We do not yet know what the U.S. relationship will be over the long term with emerging governments, parliaments, and civil society in these counties. (…) Our support for legitimate governments is the best means of countering violent extremism. The peaceful transitions in Tunisia and Egypt fundamentally undermine the extremist message that violence is the only path for political change. Providing an opportunity for an alternative, non-violent path to genuine political transition delegitimizes extremist groups and reduces their appeal.

In April 2012, echoing these statements, a delegation of Brotherhood representatives came to the White House, only a few months after high-level U.S. representatives (including William Burns, in charge of U.S. relations with the Brotherhood) were received in Cairo. The advent of a Brotherhood majority in the parliament and the arrival of Mohamed Morsy’s presidency offered an opportunity to test the relevance of this engagement policy towards the main winners of the liberalization of the regime.

In this time of transition for the Egyptian state, the relationship between the United States and the then-leading Egyptian political-religious movement confirmed, once again, the two-sided nature of the historical position of the U.S. elites toward the Brotherhood. U.S. Ambassador to Egypt Anne Patterson’s public statements illustrate this duality, as the few months during which the Muslim Brotherhood was in charge generated both positive and distrustful reports. During the November 2012 Gaza conflict, for instance, the group was described as acting responsibly on economic and foreign affairs matters. U.S. officials praised the fact that the Brothers put pressure on Hamas, to the point that their role was described as “positive.” Simultaneously, distrust arose when it came to their ideological tenets and their propensity to oppose American values. Ambassador Patterson’s statements were quite telling when she stated in 2011 that she was “not personally comfortable with it enough yet” (in reference to the Brotherhood’s commitment to economic freedoms), and that she had concerns regarding the Brotherhood’s conservative stances on women’s rights and its position on the 1978 peace treaty with Israel.

On a more practical level, the financial, military, and diplomatic arrangements that were in force during the Mubarak era did not change under Morsy. For example, the $1.55 billion that had traditionally been allocated to strategic assistance continued to be paid, although U.S authorities explained that it was earmarked for financing security efforts in the Sinai region in order to maintain security with Egypt’s Israeli neighbor.

Under President Donald Trump, U.S. policy toward the Muslim Brotherhood has shifted negatively. At a time when Trump seems to embrace an unabashed form of realpolitik regarding the Arab world (making American interests the only constant of foreign policy), we are left to wonder about his understanding of the ideology and role of the Muslim Brotherhood now that the group has returned to secrecy and faces the most serious crisis in its history. The U.S. president and his administration (whose officials seem to have marginalized the State Department, excluding it from the crafting of U.S. foreign policy) have yet to design an official doctrine with respect to political Islam, and they have failed to comprehend its heterogeneity. What remains is an explicit animosity directed towards Islamic groups, which suggests that the array of positions that prevailed under President Barack Obama might be narrowing. Moreover, the United States and Sunni monarchies in the Gulf (with the notable exception of Qatar) have today closed strategic ranks in order to push back the Muslim Brotherhood’s influence in the region. This alliance is reinforced with the help of Egypt’s president Abdel Fattah al-Sissi and has prompted some of Trump’s close advisers to push aggressively to designate the Muslim Brotherhood as a terrorist organization.

On July 11, 2018, the Congressional Subcommittee on National Security organized a set of hearings intended to brief U.S. representatives on the subject of “the Muslim Brotherhood’s Global Threat.” The purpose of holding these hearings was to determine how dangerous this Islamist movement was for “American interests.” Presenting the group as “a radical Islamist organization that has generated a network of related movements in 70 countries,” the hearing clearly advocated labelling the Muslim Brotherhood a terrorist organization. While the Palestinian group Hamas and other Islamist movements have been labelled terrorist organizations for years, no steps had been taken until this point to similarly label the Muslim Brotherhood, otherwise considered the mother movement of political Islam for almost a century.

To this day, the decision regarding designation as a terrorist organization is still pending, and interpreting U.S. diplomacy toward the group is more complicated than ever. The next few years may see the adoption of a more radical U.S. stance towards the Muslim Brotherhood. Alternatively, the United States may stick to a wait-and-see attitude—one in which it once again calculates its position toward the Islamist movement based on the movement’s capacity to survive in an increasingly closed Egyptian political game. The Muslim Brotherhood may someday emerge again as a formidable force, and the United States will have to decide once more whether to abandon engagement with the group or instead accept a pragmatic relationship built not on shared values but on shared objectives.

[1] Edward P. Djerejian, Assistant Secretary of State for Near Eastern and South Asian Affairs in 1992, is known for the diplomatic guidelines for the Middle East he drafted after the Cold War to relate to religious groups. In a well-known speech entitled The US and the Middle East in a Changing World delivered on June 2, 1992, he warns against all forms of extremism be it political or religious: “Our quarrel is with extremism and the violence, denial, intolerance, intimidation, coercion, and terror which too often accompany it.” He also cautions that religious movements that were rightfully elected might seize power: “While we believe in the principle of ‘one person, one vote,’ we do not support ‘one person, one vote, one time.’” For more details, see: Edward P. Djerejian, Danger and Opportunity: An Ambassador’s Journey Through the Middle East, Threshold Editions, 2008.

Mohamed-Ali Adraoui is a Research-Professor and Marie Sklodowska Curie Fellow at the Edmund A. Walsh School of Foreign Service at Georgetown University. He is currently working on a book on the history of U.S. foreign policy towards the Egyptian Muslim Brotherhood, to be submitted shortly to Oxford University Press.