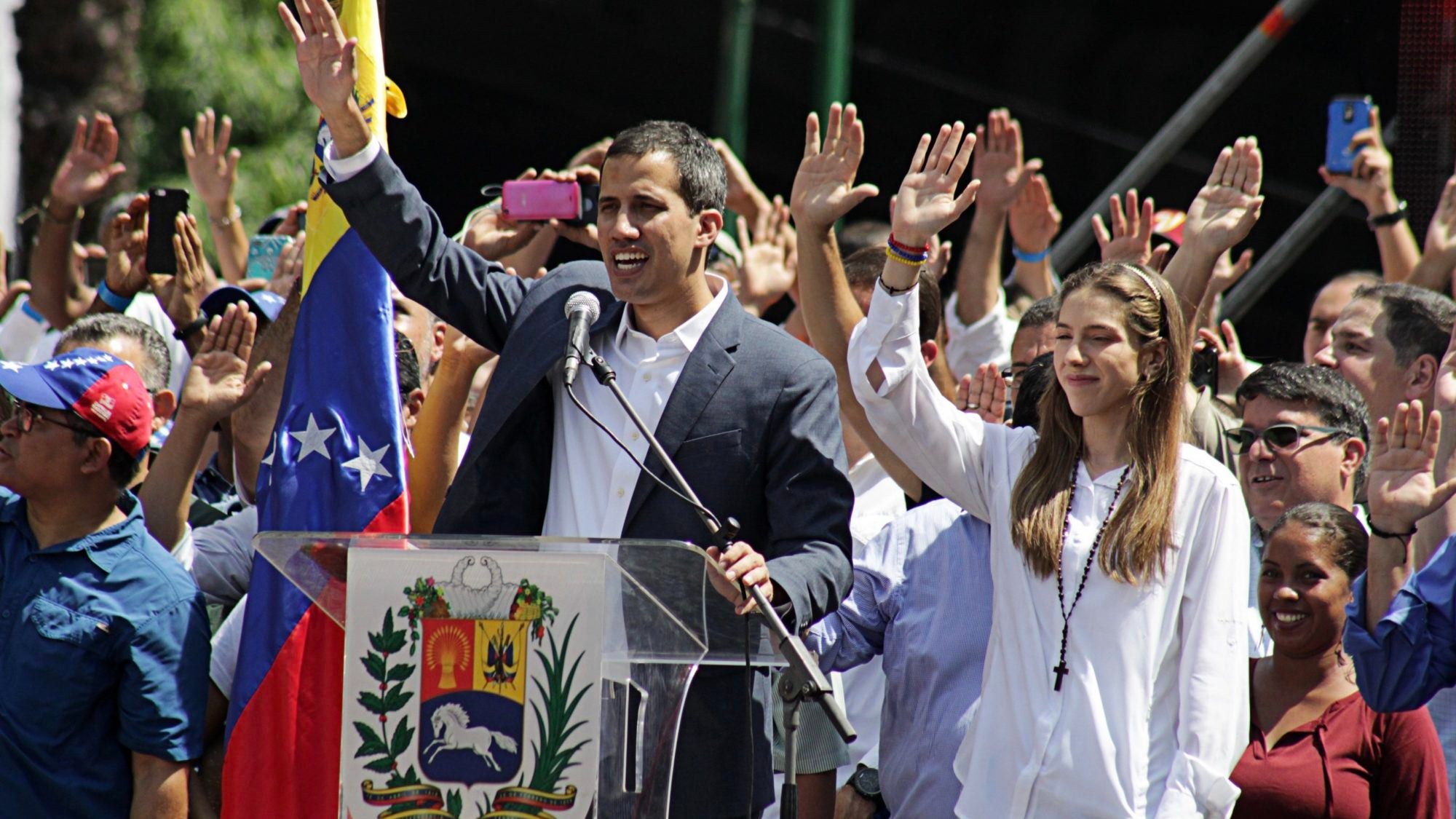 Title: A Transition from Above or From Below in Venezuela?

Venezuela continues to buckle under the autocratic rule of Nicolás Maduro. Street protests and social pressure, however, have not succeeded in dislodging the president or bringing about the democratic change so many Venezuelans desire. Instead, the political opposition and international allies have bet on a transition “from above,” or a combination of bottom-up and top-down approaches, and hope to effect change by encouraging a split in Maduro’s governing coalition. Indeed, this appears to be one of the strategies the United States is using in its recently revealed negotiations with members of the Venezuelan government to encourage free and fair elections and the exit of Maduro.

Existing scholarly research suggests that a lack of prominent pro-government political moderates makes a transition from above unlikely. Instead, re-democratization depends on finding and courting moderate members of the government—in this case, moderate supporters of ex-president Hugo Chávez, known as Chavistas. However, if press reports are accurate, the United States is in contact with Diosdado Cabello and other pro-Maduro hardliners. If these negotiations are successful, the result would be a direct challenge to political science conventional wisdom.

Under Maduro, Venezuela’s government has become an authoritarian regime with restricted civil liberties, fraudulent elections, and widespread repression. In October 2016, the government postponed regional elections and suspended an opposition-driven recall referendum against Maduro; in March 2017 the president attempted to dissolve the National Assembly through the Supreme Court. After the latter move failed, Maduro called for drafting a new constitution under a handpicked, non-democratic constituent assembly, ostensibly to rewrite Chávez’s 1999 constitution but in reality to seize legislative powers from the last independent branch of government.

Nor are the elections themselves free or fair. The president barred all major opposition candidates from running for office, and appears to have committed outright fraud. In the July 2017 Constituent Assembly contest, the government claimed that 8.5 million people participated, a number that independent analysts and the company in charge of the electronic voting machines say was inflated by at least one million votes. Despite being broadly unpopular, Maduro was reelected in May 2018 in a process absent international electoral observers and tainted by accusations of coercion, fraud, and electoral rigging.

In light of the blatant illegitimacy of these elections, in January 2019 the opposition-controlled National Assembly swore in Assembly President Juan Guaidó as the country’s interim president. Since that time, Guaidó and the opposition have adopted the motto “Cese a la usurpación, gobierno de transición y elecciones libres” (“Cease the usurpation, transitional government, and free elections”). Yet Maduro remains in power, supported by a small group of powerful civilian allies and high-ranking military officers, as well as the governments of Cuba, Russia, and China.

Political science theory can justify some of the failure of “people power” to topple the regime. It also helps explain why the political opposition and its international allies are betting on internal fracturing to unseat the government—and why even this approach has been fraught with difficulty.

A transition from below or above?

As author Kenneth Roberts explains, democratic transitions do not follow a singular model, but instead undergo a range of “sequences, processes, and pathways” (2016: 35). Nonetheless, the academic literature categorizes two major classes of change: 1) bottom-up transitions, in which the people rise up to overthrow an authoritarian regime, and 2) top-down transitions, in which the dictatorial ruling elite introduce liberalizing reforms that ultimately lead to semi-democracy or democracy.

Mass protests have been essential components in several bottom-up transitions to democracy, in which the government reacted to public opposition or revolution by the people. These cases span the globe and have taken place across different eras; examples include the People Power Revolution that overthrew Ferdinand Marcos in the Philippines in 1986, the June Struggle in South Korea in 1987, and any number of Eastern European transitions in the late 1980s. More recently, post-Arab Spring Tunisia is illustrative of popular protest sparking democratization.

This has not been the case in Venezuela. Millions of Venezuelans have engaged in protests against Maduro’s leadership since his 2013 election, most notably in February 2014, September 2016, April 2017, and January 2019. But these demonstrations have not significantly weakened the president or made him more amenable to negotiation; on the contrary, he has harassed and even jailed some opposition leaders. Protests have also largely failed to induce defections from government supporters and others who do not consider themselves already a part of the opposition.

Instead, the Maduro government has deployed the state security apparatus against the population, limiting dissent and the viability of mass protest. Human Rights Watch has criticized the Maduro government for severe human rights abuses, while the National Guard and pro-government paramilitary groups have been recorded engaging in violence against protestors. A United Nations human rights report from July 2019 affirmed that the Venezuelan government had implemented a strategy “aimed at neutralizing, repressing and criminalizing political opponents and people critical of the Government,” especially since 2016.

For government supporters, as well as those who depend on the state for subsidized food and other assistance, there are few incentives to express dissent or participate in opposition-led protests, since doing so may result in the loss of their livelihood. The government relies on intimidation, threats, and coercion for votes, and in September 2017 it introduced a new identity document called the Carnet de la Patria, which promised benefits like food and medicine in exchange for loyalty to the regime.

For Maduro critics who receive benefits, the potential individual costs of participation contribute to a collective action problem (or “free rider problem”)—a situation in which people are individually better off trying to benefit from a public good without contributing to it. Thus, although Venezuelans across the country may share a common interest in removing Maduro and ushering in democratic transition, protest is most often limited to the middle and upper classes. Why protest and risk losing government benefits if you believe other people will either achieve a democratic transition without your help, or fail to achieve a transition at all?

Given the unlikelihood of transition from below, Venezuela’s political opposition, the Lima Group, and other international actors have set their sights on inducing top-down change through a combination of sticks and a few carrots. This type of transition characteristically stems from self-imposed government liberalization, carried out by a government which seeks to reinforce itself and in doing so may inadvertently bring about democratization.

This strategic miscalculation from autocrats is more common than it might first appear. Latin American history is replete with examples of top-down liberalization in which dictators relaxed repression, allowed some civil liberties, and began negotiations with pro-democratic opposition elites. This includes the re-democratization of Ecuador (1976-1979), Brazil (1982-1985), Uruguay (1983-1984), and Chile throughout the 1980s. Similar processes occurred in Poland and with the reunification of Germany in 1989.

Liberalization often results from a split in the authoritarian regime between “hard-liners” (in this case Nicolás Maduro, Jorge and Delcy Rodríguez, Tareck El Aissami, Diosdado Cabello) and moderate “soft-liners” (Héctor Rodríguez, Aristóbulo Isturiz). In most cases, the hardline authoritarian leader faces pressure due to declining economic conditions or social unrest, and soft-liners rise to prominence. Whereas hard-liners tend to be satisfied with the status quo, moderates may prefer to liberalize and broaden the social base of the dictatorship in order to gain allies and strengthen their position vis-à-vis the hardliners.

If a split occurs in the ruling regime and the soft-liners gain control, they must decide whether to liberalize the regime or stick with the status quo. The former entails actions like controlled opening of the political space, holding elections, (re)opening the legislature, or (re)establishing an independent judiciary. The goal is not to bring about democracy, but rather to incorporate opposition groups into authoritarian institutions to co-opt or divide them.

The problem from the regime’s perspective is that liberalization is inherently unstable. If government moderates liberalize, opposition groups can accept the concessions and enter the institutions of this “broadened dictatorship.” However, these groups may also decide to exploit their new freedoms to further organize against the regime. If this occurs, then the authoritarian elites have two choices: increase repression, or allow democratic transition. The outcome is a function of the opposition’s strength: a well-organized, unified opposition tends to encourage a democratic transition, while a weak, divided opposition is more likely to incur further repression and lead to a hardliner resurgence.

Several states and international organizations are trying to influence the political calculus of regime supporters in order to encourage a top-down transition in Venezuela. So far, they have not succeeded. Since the 2017 protests, the United States, Canada, and other states have issued targeted sanctions against government officials and key Maduro allies in an effort to bring Maduro to the negotiating table. Additionally, the United States issued broader sanctions against Venezuela’s state-owned oil company, Petróleos de Venezuela, S.A. (PdVSA), in January 2019, then escalated its pressure in August 2019 by blocking all property and assets of the government and its officials and prohibiting any third-party transactions with them, in an attempt to get civilian and military Chavista allies to defect from the government.

This strategy has run into difficulties. First, the combination of a hegemonic, closed authoritarian regime and a weakened civil society means that the government has increased repression as an alternative to liberalization. Recent history has borne this out: the government responded to large-scale social mobilization in 2016, 2017, and 2019 by systematically jailing dissenters and even killing protestors.

There is also a deeper problem impeding liberalization and the top-down transition model, despite attempts at both negotiations and using force: there are few moderate Chavistas in positions of power. Since 2013, Maduro has purged his government of moderates and surrounded himself with hardliners who are not only intent on continuing Hugo Chávez’s Bolivarian Revolution, but who are also committed to remaining in power. Without this group, and in the absence of free elections, a split in the ruling coalition may lead to the removal of Maduro, but it also raises the risk of him being replaced with other hardliners, either military or civilian. This is what makes U.S. dealings with Diosdado Cabello stand out, since the democratic transitions literature argues that a more certain strategy would be to pull away and negotiate with moderate elements from the regime, not with the person most likely to renege on a deal or take over power himself.

International allies of Juan Guaidó and the Venezuelan opposition have struggled to find a successful strategy for re-democratization. They correctly recognize that an effective transition will first require some fracturing in the ruling coalition, together with concrete action taken by the opposition to make it more attractive for the government to step down than to hold on to power. International actors could accelerate that break by furthering the economic pressure on government supporters; alternatively, the ongoing economic crisis or poor coalition management could force a break to happen organically.

Models of strategic interaction suggest that, if they want to maximize the possibility of re-democratization, Guaidó and the international community must court moderate Chavistas. Moderate Chavismo will undoubtedly be a key part in any regime liberalization, and should be an integral part of Venezuela’s post-transition political future as well. Accepted wisdom says that without finding those moderates and breaking the governing coalition, the authoritarian status quo is likely to prevail. Thus, if the reported U.S. negotiations with Diosdado Cabello are successful, it would be not only be a pleasant surprise for the people of Venezuela, but would also be a data point against what political scientists think we know.

John Polga-Hecimovich (@jpolga) is an Assistant Professor of Political Science at the US Naval Academy. His research focuses on the effects of political institutions on democratic stability, policymaking, and governance, especially in Latin America, and he has published in a variety of peer-reviewed academic journals, including The Journal of Politics, Political Research Quarterly, and Democratization.