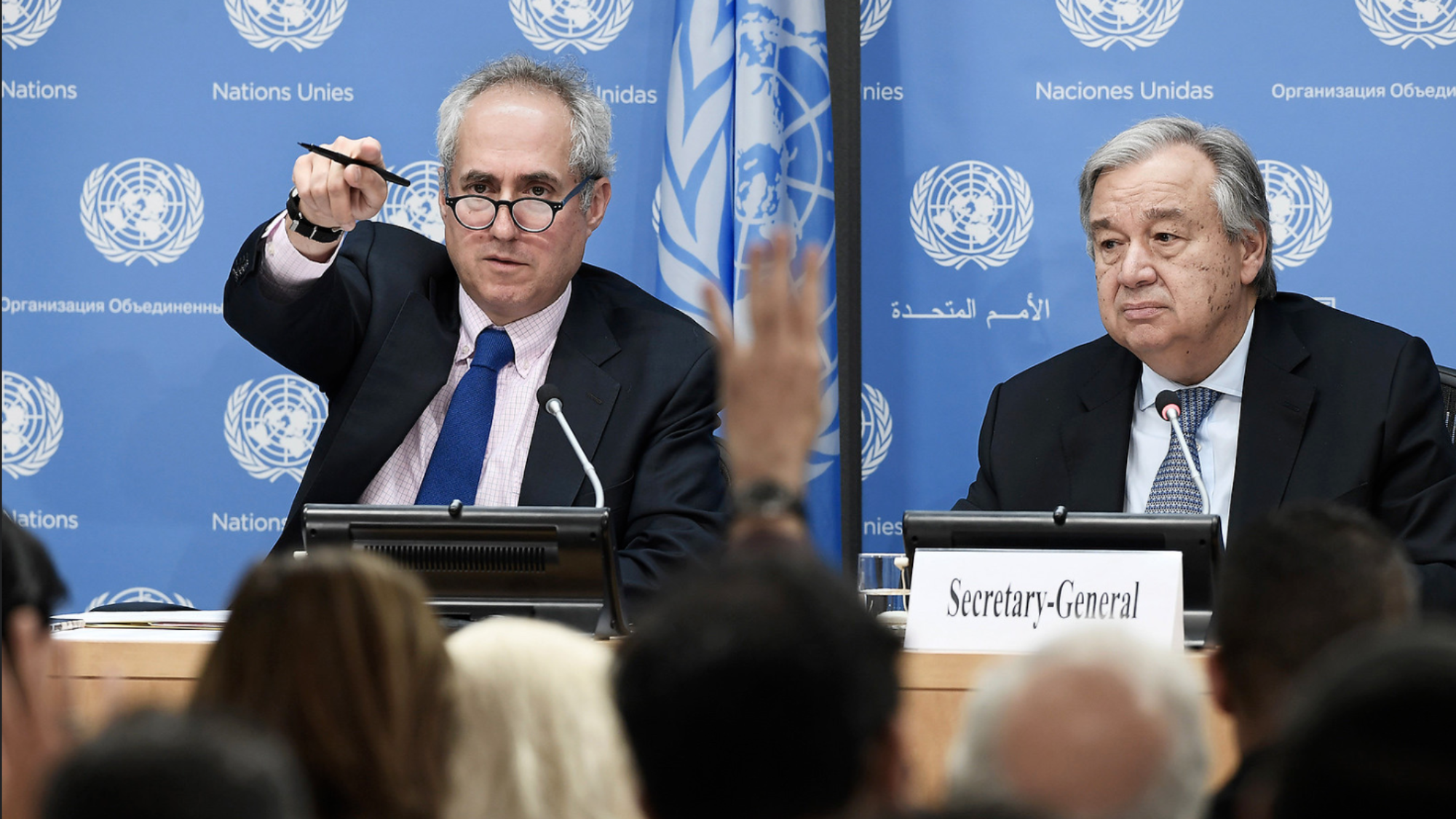 During the SFS Centennial Gala Weekend, a number of experts sat down at a variety of panels to discuss issues the global community is currently confronting. After one such panel regarding the role of the media in international relations, we sat down with Stephane Dujarric to discuss his work with the media and the challenges the media face today.

GJIA: How, if at all, has the U.S. government’s use of the term “fake news” undermined the media and impacted your job at the UN?

SD: I think there has been a growing structural and personal tax on journalists all over the world. Unfortunately, that is not a new phenomenon. What we have been seeing in different parts of the world is a growing authoritarianism. A clear byproduct of that is a tax on the media. For us at the UN, we deal with the media every day. We do a press briefing for them every day because we believe as a publicly-funded institution, it’s an act of transparency. We have a responsibility to go before the media, present what we do, and also answer questions. Sometimes, there are things we don’t want to answer, but it is a firmly held belief, from the Secretary-General on down, that as a publicly-funded institution, we have a responsibility towards transparency and availability.

These attacks on the media have gotten more brutal. Have you had to make any adjustments in your job as a result?

I can’t say it has had an impact on the way we do our work, because we do our work the way we do it. We have not changed our principles and beliefs. What has happened is that the Secretary-General and the UN Human Rights Commission have been very vocal in defense of journalists all over the world. We firmly believe that there is a need to protect journalists, that the work of journalists needs to be protected, that we live in a world where there is a shrinking space for civil society and for public discourse, and that we need to fight against that.

The media shapes the way we interpret conflict. How do you think your job at the UN has impacted the way conflicts are understood and resolved?

Our job, in a sense, is to speak about the so-called “under-covered stories”. The media is made up of human beings and, like all human beings, we have limited attention spans. We can only focus on certain things at once. When looking at the Western media, the American and Anglo-Saxon media, there are certain conflicts they are very interested in. However, there are all sorts of crises going on across the world, such as in the Democratic Republic of Congo, the Central African Republic, and to a certain extent, what’s going on in Myanmar. Our job is to make sure that information is available for the media. We’re not going to tell them what to report, but we’re going to make sure that we talk about and advocate for underreported conflicts.

What challenges do you face in your job when covering these under-covered stories?

What the UN has is access. I have a lot of colleagues who work for UN Communications. They also cover stories, and we have that access. That’s not so much of a challenge for us. The challenge for us is how to convince journalists and media companies to cover under-reported stories. We do it by helping them tell human stories, by helping them understand the linkage between what is going on in “far-off places” that they may not have heard of to what is going on in their own country and the impact that has. Our job is to really help them make the linkage so that they in turn can make the story interesting to their viewers.

What has made your job meaningful to you?

First of all, the job I have as Spokesman is a privilege. What I love is the back and forth with the media—the press briefing every day, answering questions. I like the theater and the spontaneity of it. I also enjoy traveling with the Secretary-General all over the world. We get to see first-hand some very moving crises. It helps us remember that behind every statistic is a human story. We talk about hundreds of thousands of people being displaced from Syria. Each of those statistics is a human being—it’s a child, it’s a woman, it’s a man, who basically are trying to do what we are all trying to do, which is to live and survive. My job helps me remember that, and that is a privilege.

Stephane Dujarric is the current spokesperson to the UN Secretary-General, Antonio-Guterres. He was also the spokesperson for the previous Secretary-General, Ban Ki-Moon, as well as his predecessor, Kofi Annan. He is also the former Director of Communications for the UN Development Programme (UNDP). He is a graduate of Georgetown University’s School of Foreign Service.