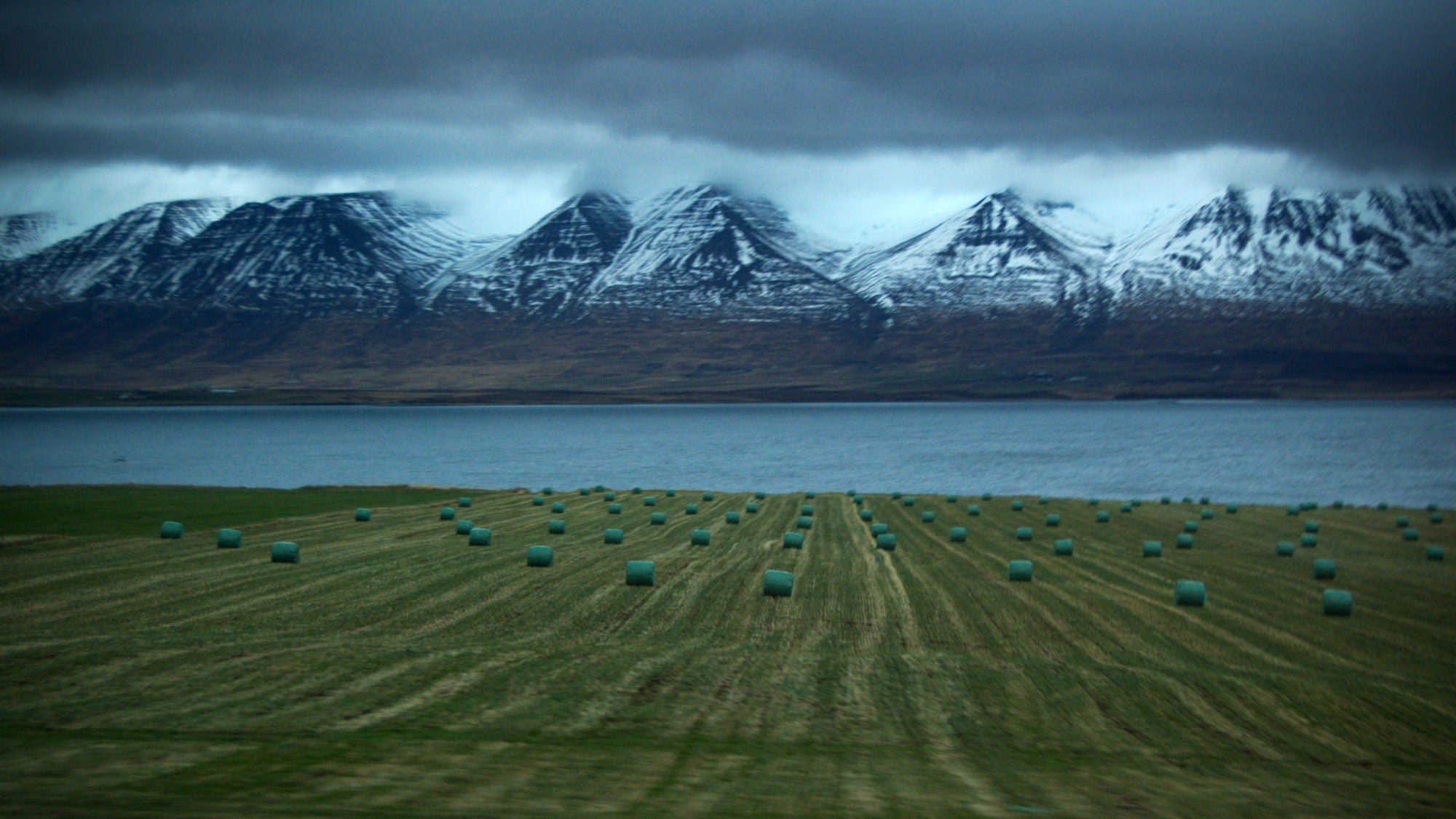 Although its origins are uncertain, during the Middle Ages, the Icelandic term troll referred to a broad range of paranormal others posing an existential threat to the Icelandic people. By the early modern period, the term had undergone a semantic constriction toward a single type of demon. During the nineteenth century, following the advent of folklore scholarship, Icelandic trolls were normally seen as big, brutish, hairy, and associated with the mountains. The common Scandinavian usage of the term at this time, however, indicated smaller but still paranormal creatures. Today, the word is gaining wider currency due to the “internet troll” that has become an important occult enemy to modern society. Thus, the originally broad term that later evolved into signifying a specific race of paranormal others is now again ironically used to indicate a hidden enemy that possibly has nefarious powers to impact politics and government.

The Trolls Are Everywhere

Medieval Iceland has one of the most significant literary heritages of Europe, including a wide variety of prose texts in the vernacular. These narratives rarely define the terms they use; their frequent usage instead informs literary scholarship. The term troll is widely used in medieval Icelandic texts. Careful scrutiny of how the word is used indicates that it is not constricted to a specific category of nefarious beings, but rather refers to various kinds of paranormal others, most of whom are hostile and have magical powers. The two most prominent medieval trolls are the magician and the ghost. The double threat these beings pose is well illustrated in how Norwegian law codes both forbid “the waking of a troll” and “to supper with a troll.” In the former instance, the troll is an undead being, whereas in the latter it is the magician who may extend a dinner invitation. Thus, in some instances the troll can be a regular person who has acquired magical powers or is otherwise associated with the demonic, but the troll can also be a monster conjured by magic. The usage of the term is similar to the twentieth century habit of referring both to the scientist and the monster in the Frankenstein narrative as “Frankenstein.”

The paranormal both impacts and is impacted by society. The concept of the troll is frequently used in a political way—as a weapon against people one is on bad terms with and wishes to harm. Individuals employed the word troll in political struggles in medieval Iceland to stigmatize their opponent as otherworldly and demonic, as exemplified by a famous scene from Njáls saga in which a magnate refers to an antagonist as troll-like. A remarkable instance of the word troll is found in the thirteenth century Eyrbyggja saga when the narrator describes a showdown between the two witches, Geirríðr and Katla. Of the two, Katla is more nefarious, but she nevertheless refers once to her opponent as “Geirríðr trollit.” Geirríðr is an ordinary woman in appearance, but her magic powers make her a “troll.” Nevertheless, she herself does not identify as a troll, since medieval Icelandic texts demonstrate that it is more common to refer to your opponent as a “troll.” Usually these skirmishes are on a small scale since medieval Icelandic politics were characterized by individual magnates fighting about matters that now seem like trifles. In short, the word is a highly effective tool to stigmatize within a political world characterized by feuding between individual people of power.

Creature of the Night

By the nineteenth century, trolls were no longer found in human homes in Iceland. However, the danger of the troll still existed, and people did not feel safe in their own homes. People viewed Christmas as a time of particular danger, which is illustrated in the nineteenth century folktale The Night Troll about a girl who offered to stay at home during evensong to care for an infant, even though several people who had done this before her had been killed or driven insane by a “night troll” who appeared at the window and muttered veiled, rhyming threats. The girl cleverly engaged this demon in a verse contest until dawn, and the night troll, caught in sunshine, turned to stone.

Although the physical features of the night troll in this narrative are uncertain, it presumably does not look like an ordinary person, unlike Geirríðr who could freely walk in the daytime. Over time the troll became more inhuman with its domain slightly diminished. It was no longer the enemy from within but an enemy coming from the outside. The troll remains terrible, frightening, and predatory, but a clever “final girl” beats it by delaying its attack with her own rhyming skills. Both in the Middle Ages and the nineteenth century, trolls would first come for the vulnerable. From medieval Iceland we have few narratives of ordinary servant girls beating them, but this girl is able to vanquish the enemy by being more aware of the approaching dawn than the troll. In this story, the defeated troll symbolizes the growing powers of humanity as people can use their good sense and their knowledge of nature to defuse the threat from outside. This evolution possibly indicates not only a more scientific worldview but also a growing self-confidence in Icelanders of the nineteenth century, when they began to seek political and economic independence from Denmark after several centuries of foreign rule.

For the majority of the twentieth century, trolls gradually became more and more tame in the face of vanishing cultural heritage. Still, they have gained strength in the last few decades due to the Internet, essentially reincarnated as online trolls. The term “troll” has gradually broadened, depicted by the fact that the origins of “internet trolling” may not have much to do with the medieval troll. Originally, trolling referred to people who were argumentative and tried to goad others into futile disputes, but in the last few years the word has come to signify a hostile and occult internet presence bent on causing harm and grief. Since this enemy is faceless, the way people talk about trolls today is beginning to revert back to medieval discourse, where the troll is always undefined and unknown.

In contemporary Iceland, few people are more despised than the “virkir í athugasemdum” who relentlessly comment on the news. Their political views vary, but the common denominator is negativity and a lack of faith in politics and democratic institutions. Many express distrust for traditional parties and yearn for them to be replaced by another system, albeit with vague contours. These online commenters are more expressive about what they do not want than what they do want. Some have multiple profiles, some of which are obviously fake, and expatriates seem to be common among this brood.

It is possible that derision blinds people from seeing how much harm these online creatures can do with their confirmed belief that democracy and politics are fraudulent and ineffective from comment sections to public debate. Their very anonymity also makes it easy for bigger agents to create bogus identities that supposedly reflect the opinion of everyman. Their anonymity and unclear intentions and desires are potentially dangerous. Thus, the internet trolls seem to wish to undermine society and contemporary political institutions.

The internet troll has come to represent dishonesty in public discourse. It is clandestine, and its purpose is unclear. We only know that bad faith and destruction characterize the contemporary internet troll. A belief in the power of internet trolls is also a belief in the power of the clandestine operator that can achieve nefarious goals by remaining hidden. Thus, there is a strange, although perhaps coincidental, symmetry between how the medieval discourse framed the troll, before it was firmly established as an antagonist from outside in the nineteenth century, and how the contemporary discourse characterizes the online troll. Both act as a hidden antagonist. Traditionally, one could not easily defeat a troll. Therefore, today one might arrive at the same conclusion of medieval Icelanders: that there is no such thing as a harmless troll.

Ármann Jakobsson is a Professor of Early Icelandic Literature at the University of Iceland and the author of the book The Troll Inside You: Paranormal Activity in the Medieval North (2017).