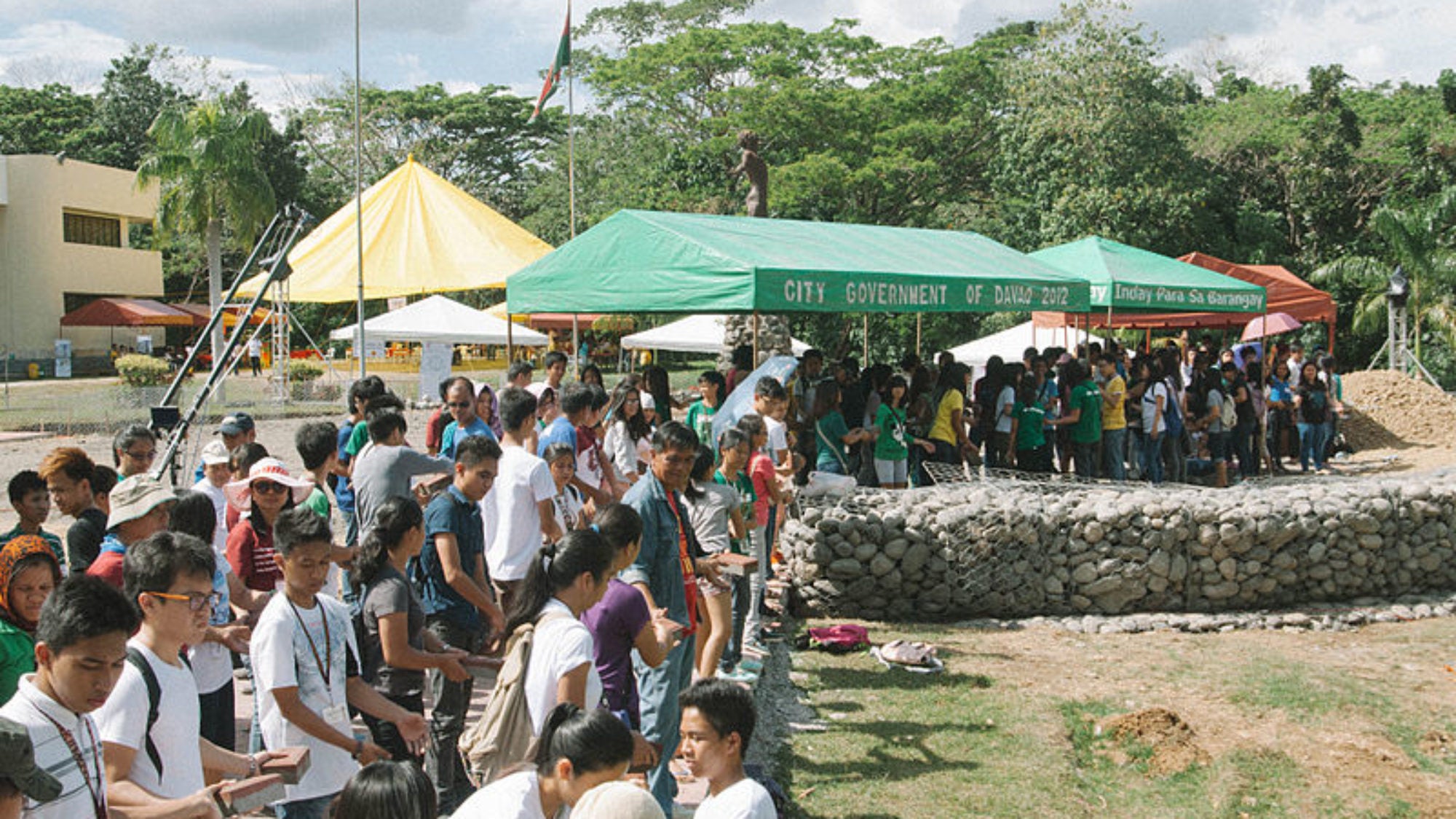 “Welcome to Zamboanga,” the mayor’s office greeted us as we arrived in the bustling city of some 900,000 in the south of the Philippines. The mayor’s aide went on to note, proudly, that Zamboanga had now passed two years with no bombings and no kidnappings—a record of sorts.

This was the center of a week-long trip to the Philippines as a new Trustee of The Asia Foundation, the US non-profit that works to promote civic improvement in Asia. We started in Zamboanga, the sixth-largest city in the Philippines. More pertinent, Zamboanga abuts the Bangsamoro, a five-province area with a combined population of four million.

This placed us on Mindanao, a Philippine island renowned for its beaches but, in recent decades attracting notoriety for quite a different reason: political violence and terrorism. The western side of Mindanao—the Bangsamoro region—is the home of two armed movements that have entered into peace agreements with the government, the Moro National Liberation Front (MNLF) and their rivals the Moro Islamic Liberation Front (MILF), as well as other more radical groups which the government treats as terrorists (e.g. the Abu Sayyaf Group or ASG). This explains why we travelled with a Philippine military escort as we worked our way around this city.

The MNLF/MILF grievances stem from an unhealthy stew of geographical remoteness, economic underdevelopment, and a sense of discrimination in the Muslim community. The Philippine government even readily acknowledges its poor record in providing services for that Muslim minority and, in recent years, increasingly seems able to come to terms with these challenges through initiatives that empower local government and deal with those underlying grievances.

My week in the Philippines in January and February—just before the coronavirus pandemic shut down much international travel—allowed me to meet with local government officials and NGOs involved in the peace process and institution-building, some of which are supported by The Asia Foundation.

Undergirding all of these initiatives, the Philippine government has approved a regional parliament in Bangsamoro, with its own budget and taxing powers, along with additional funds from Manila. These steps addressed the more concrete grievances of power having been vested in Manila, with little given to remote and minority communities. The government has also begun providing an “off-ramp” for the armed groups—job training, land, even cash—as they surrender their weapons.

But I found that some of the most successful projects were locally initiated and run. Simple steps such as adding a “respect” module to the elementary school civics class that teaches tolerance and understanding is not a bad start for a multicultural region. The same goes for the Zamboanga government recognizing Eid and other Muslim holidays as public holidays. An imam explained how Muslim leadership has encouraged mosques to hold open houses with these festivals so the broader community can learn and connect. Many other nations are familiar with these practices, new as they are to Mindanao.

There are also a series of community outreach activities in the more remote areas that form the traditional conflict zone. The NGO Mothers for Peace organizes “women’s peace tables” at which families can peacefully discuss problems and matters of concern. Augmenting that effort, the local law school teaches mediation approaches to village governments.

This is “hearts and minds” activity. Progress can be uneven and difficult to measure. This was brought home by comments by the Armed Forces of the Philippines Battalion commander, a native Zamboangan, who admitted that, as a child, his generation had been raised to hate Muslims. It was a journey for him to come to the realization that hatred is not a healthy principle for society and that a more enduring peace will come when all its members feel they have a place in the community and are being treated fairly. Still, a two-year halt to the violence suggests some combination of government programing, economic development, and counter-terrorism is having an impact.

The following are a few initial conclusions from the tour:

1) There are two kinds of truth in policy management: street truth and desk truth. Most policy professionals come from a desk truth background. They are bright, literate, data-driven policy rationalists. But the street is where the policy is carried out, sometimes with a profound lack of interest in the views of policy professionals. Successful policy might be promulgated at the desk, but it is enacted on the street. Both truths must be brought into the process and leadership must speak both languages—able to present a budget proposal and go through spreadsheets at the desk but also able to participate in a remote village discussion group.

2) Improvements take place at the margin. Say, for example, some 10 percent of young Muslim males receive messages of hate and violence, and an even smaller proportion of that audience is susceptible to that message. Whatever can be done to reduce that audience and the potency of the message is going to have an outsize influence on the prospects for peace in Mindanao.

4) Civic programs vary widely, but they have some important commonalities: they seek to make it as easy as possible for people to go the right way by making sure there are economic and educational opportunities, that government services are provided, that community norms discourage extremism, and that people have outlets for complaints. In other words, they help uphold the social contract and mitigate any intrinsic need to turn to extremism.

5) Economic prosperity underpins all these initiatives. The Philippines’s consistently high growth rate over the last decade provides resources to the government and allows people to feel more confident about the future. Growth validates the social contract. The coronavirus’s pressure on the economy this year will also put pressure on the peace process.

6) NGOs in developing countries face a unique challenge of capacity. Since poverty and related problems can be widespread, needs are also pervasive,so the NGO has to decide what not to do. The purpose of engagement is not to solve broader problems of poverty, but to help put systems in place so that these problems can then be tackled.

7) Local residents have to own the process. The US and Australian governments—among others—can provide support, but, without local buy-in, even the best ideas will not take root.

Finally, the most important lesson of the visit: be careful about lessons. After one week on the ground, a little humility is called for. I have been doing work in, and visiting, the Philippines for some thirty years, but there is much to learn, so please take the above lessons as general impressions.

The Philippines faces a range of problems one would expect in a developing nation. The country also faces a series of additional challenges, such as the deterioration in Philippines-United States security ties, questions about the War on Drugs and extrajudicial killings, and a set of issues regarding freedom of the press. But as the Mindanao peace process takes hold and the economy continues to perform (even in the face of the coronavirus), there is a growing basis for optimism. The quiet confidence of the mayor’s aide, the imam, the Women’s Peace Tables, and the army colonel does not seem misplaced.

Frank Lavin (SFS ‘79, G ‘85) is a businessman working with US companies in China. He previously served as US Undersecretary of Commerce for International Trade as well as US Ambassador to Singapore.