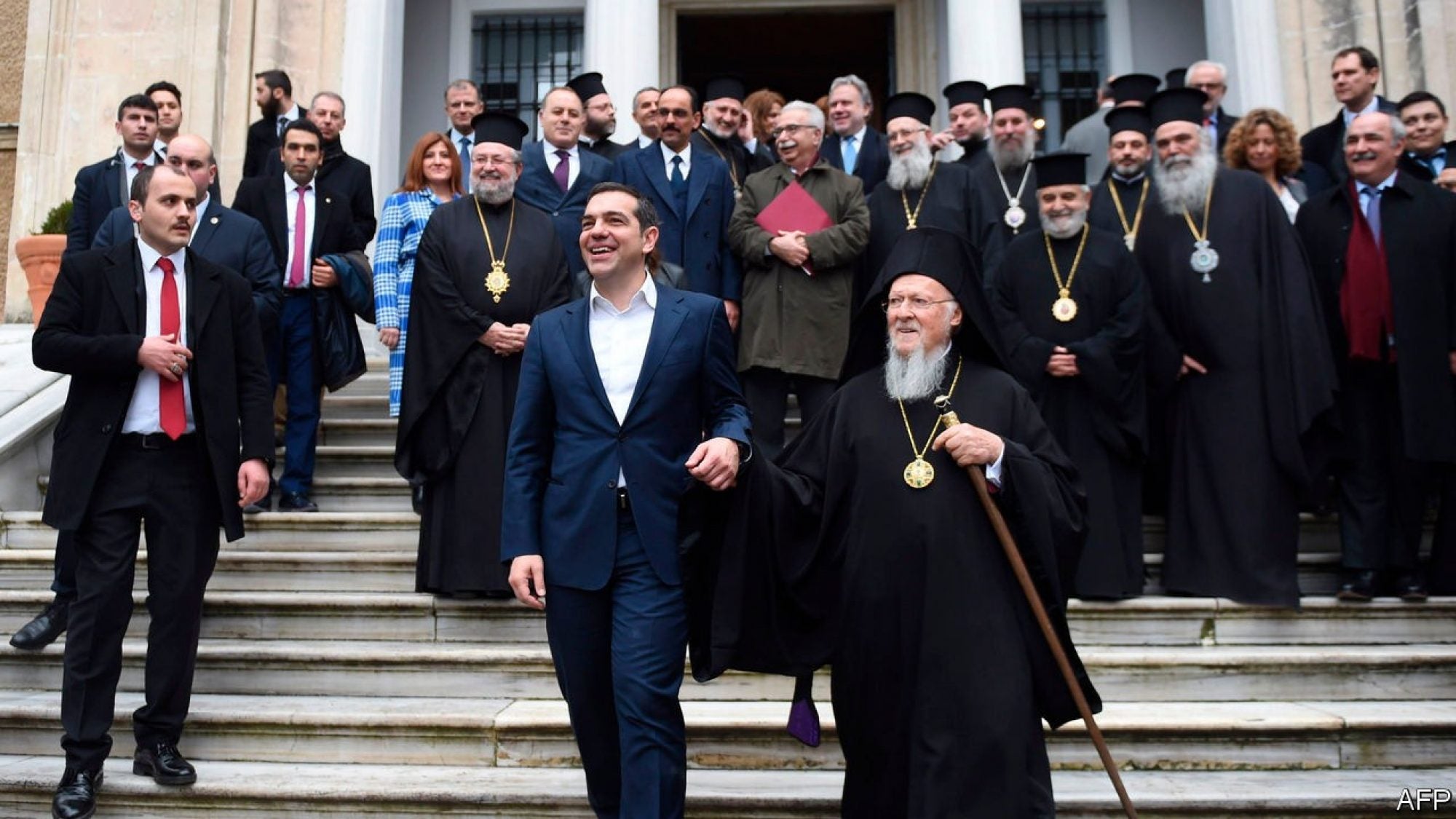 Turkey-Greece bilateral relations exemplify a stereotypical security dilemma. Since the discovery of hydrocarbon resources in the eastern Mediterranean, the bilateral tensions between Turkey and Greece have been exacerbated through enhanced regional geostrategic competition. Against the background of renewed tensions in the eastern Mediterranean and the newly emerging regional alliances, it is in the interest of all parties to de-escalate the tensions in order to preserve regional peace and stability as well as the coherence of the North Atlantic Treaty Organization (NATO).

The history of Turkey-Greece bilateral relations has been fraught with diplomatic tensions and conflict, interrupted by brief moments of peace and calm. In fact, the bilateral relations between Turkey and Greece fit very well into Kenneth Waltz’s stereotypical security dilemma creating a cycle of insecurity. The unresolved Cyprus problem and the decades-long maritime delimitation issues in the Aegean and the Eastern Mediterranean have been at the heart of bilateral tensions, leading to geostrategic competition between the two NATO allies. Turkey and Greece have conflicting claims about national coastlines, the Exclusive Economic Zones (EEZs), and national airspace.

As many Greek islands are close to the Turkish coastline, Turkey risks getting bottled in and losing almost half of its maritime territory and access to deep water resources in the Mediterranean. Turkey is not a signatory to the United Nations Convention on the Law of the Sea (UNCLOS) and has serious concerns about its confinement in the Mediterranean, despite the fact that it has the longest shoreline of all Mediterranean countries. In 1995, the Greek parliament asserted Greece’s right to implement a twelve-mile territorial waters limit in the Aegean, which Ankara labeled a casus belli, as this expansion of territorial waters limit would give Greece “hypothetical control over a vital north-south line of communication, as well as marine access to the Black Sea.” The Greek government recently emphasized its “inalienable right to unilaterally extend its territorial waters to 12 nautical miles” and considers the “provocative and aggressive” actions of Turkey in the Eastern Mediterranean as a threat to its national security. Turkey is further concerned with the militarization of the Greek islands. Therefore, in line with the security dilemma, there is a lack of trust, uncertainty about intentions, and attempts by both actors to bolster their own security while decreasing the security of the other.

Since the discovery of hydrocarbon resources in the Eastern Mediterranean, tensions between Turkey and Greece have been exacerbated due to enhanced geostrategic competition in the region. Turkey has intermittently engaged in hydrocarbon explorations, leading to heavy criticism for its gunboat diplomacy and display of military power at sea. Turkey’s recently-embraced Blue Homeland doctrine for its maritime claims caused additional strains in the relationship as it makes claims in the disputed areas in the Eastern Mediterranean. Developments since 2019 have renewed Turkey’s concerns regarding its increasing isolation in the Eastern Mediterranean. To illustrate, in January 2019, the newly created Eastern Mediterranean Gas Forum excluded Turkey. Furthermore, the discovery of additional amounts of natural gas offshore Cyprus in February 2019, as well as the signature of a trilateral undersea gas pipeline agreement between Greece, the Republic of Cyprus (RoC), and Israel in January 2020, led Turkey to criticize the emergence of an “axis of malice” in the region.

Turkey and Greece have both renewed emphasis on hydrocarbon exploration, despite questions regarding the economic viability of the East Med pipeline due to limited reserves and the European Union’s desire to switch to green energy. In November 2019, Turkey and Libya’s UN-recognized Government of National Accord (GNA) signed Memorandums of Understanding (MoU) on security/defense cooperation and maritime delimitation in the Eastern Mediterranean. The Turkey-GNA maritime MoU made it riskier for the energy companies to invest in the region and complicated the regional actors’ plans to transport newly-discovered energy resources. Greece, other regional actors, and the United States complained that the MoU ignores Greece’s sovereign rights and violates international law. In retaliation for the Turkey-GNA MoU, Greece signed an agreement with Egypt to establish its own EEZ in August 2020, which overlaps with the Turkey-Libya EEZ.

The fact that Greece is an EU member and Turkey’s EU accession prospects are narrowing add to the complexity of bilateral relations between these NATO allies. The emerging regional alliances add to Turkey’s vulnerability and run the risk of cornering Turkey into acting regrettably. The renewed show of force by Turkey adds to the security concerns of Greece. The French support for Greece may embolden Greek behavior. It is therefore of utmost importance that Turkey and Greece resolve their bilateral issues through diplomacy rather than resorting to the use or threats of force.

The European Union is not capable of serving as an honest broker when it comes to resolving the disputes between Turkey, a non-EU member state, and Greece, an EU member state. Furthermore, under President Trump’s America First doctrine, the United States has neither the political will nor the interest to fulfil a role it traditionally played to resolve the disputes between the two NATO allies. On the contrary, the latest developments in US-Greece relations, such as the 2018 Strategic Dialogue, the updated US-Greece Mutual Defense Cooperation Agreement in January 2020, the recent high-level US diplomatic visits to Greece and RoC, and joint US-Greek military exercises all point to US support for Greece over Turkey. The lifting of a thirty-three-year US arms embargo against the RoC in September 2020 further increased Turkey’s insecurities.

Consequently, the alternatives available to the parties are quite limited. The first option is for the parties to resort to international adjudication of their conflicting claims through the International Court of Justice or the International Tribunal for the Law of the Sea. Turkey has been traditionally opposed to ICJ adjudication on this issue and may not be willing to pursue this option, since the UNCLOS seems to favor the Greek and RoC governments’ position in the Eastern Mediterranean. Another option is continuing to utilize the de-confliction mechanism implemented under the auspices of NATO in October 2020. Such mechanisms are in place despite the renewed tensions, but are limited in scope, as they seek to prevent “incidents and accidents at sea or in the air,” rather than addressing the aforementioned root causes of the problems. The final and more long-lasting option is direct diplomatic negotiations between Turkey and Greece. But given the lack of trust and the increased perception of each other’s behavior as offensive, this option is also not likely to succeed.

Enhanced geostrategic competition and aggressive military posturing have increased the volatility of the situation in the eastern Mediterranean. How these disputes are resolved will have significant implications for European and transatlantic security and EU-NATO coordination. Any hot conflict between the two sides would severely damage and undermine the seventy-year successful history of the NATO alliance on solidarity and cohesion at a time when Russian aggression is on the rise. For Europe, it would also mean an increased flow of migrants and refugees to Europe at a time of rising anti-immigration sentiments. Turkey is cognizant of the fact that it would risk further alienation from the Western camp and overstretching at a time when it holds opposing interests with Russia on the conflicts in its immediate neighborhood, ranging from Syria to Libya and the Nagorno-Karabakh conflict. These developments arguably present an important window of opportunity to find a common ground between Turkey and the transatlantic allies. It is in the interest of all parties to work toward de-escalating the situation, as any hot conflict between Turkey and Greece would undermine regional stability, serve Russia’s hand, and undercut the effectiveness of NATO.

Dr. Oya Dursun-Özkanca is Endowed Chair of International Studies and Professor of Political Science at Elizabethtown College. Her research interests include Turkish foreign policy, transatlantic security, European Union, Southeast Europe, and peace operations. She is the author of a new book, Turkey–West Relations: The Politics of Intra-alliance Opposition, published by Cambridge University Press in 2019. 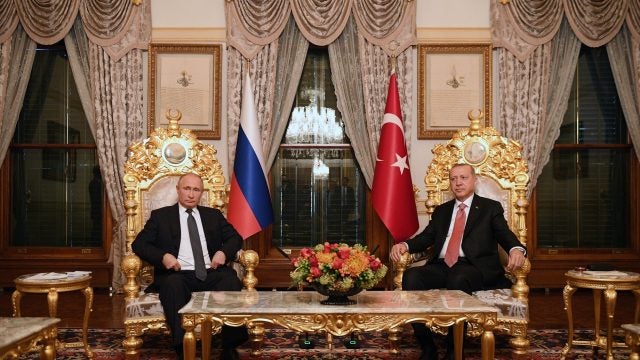 Russia and Turkey Deconflict Their Geopolitical Moves in the Caucasus

The recent incidence of war in the Caucasus has shown that, when facing deep domestic troubles, Russia and Turkey demonstrate strikingly different patterns of international behavior. While Russia has become… 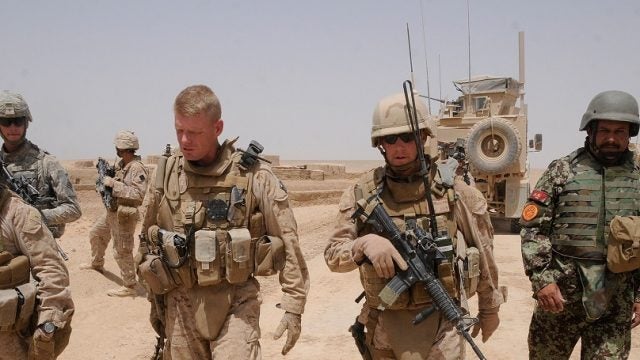 The international community is focused on the ongoing intra-Afghan peace process, which has steadied despite several challenges. There are two developments, however, that will have a lasting impact on the… 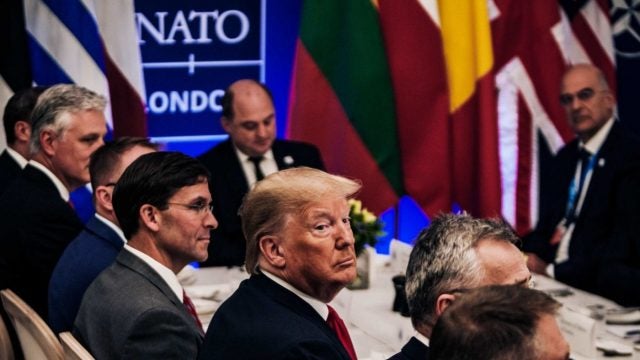 The US-NATO Relationship: The Cost of Maintaining Political Pressure on Allies