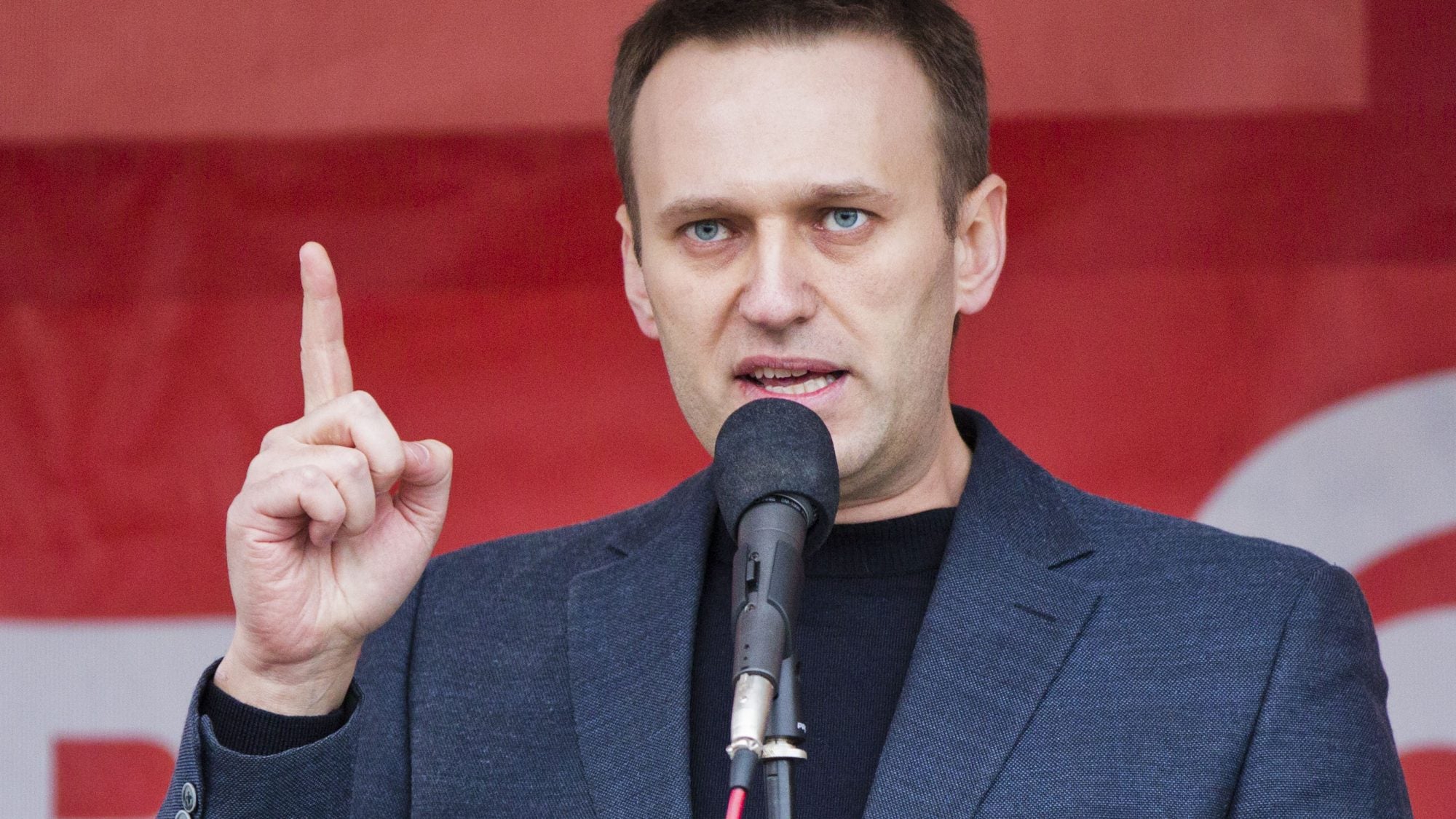 Title: The Navalny Affair: The Domestic and International Consequences for Putin

The trial and imprisonment of Alexei Navalny has provoked widespread protest in Russia and condemnation in Western states. At least in the short term, the extent to which it marks a significant change in either Russian domestic politics or Russia’s international standing is questionable. The change in America’s approach under President Biden does, however, increase the prospect of a more coherent Western response on this and other issues.

Alexei Navalny, arguably Russia’s most prominent anti-corruption campaigner and opposition figure, survived an attempted assassination by poisoning in August 2020. Images of his collapse and his hospitalization attracted global attention and generated widespread condemnation of the Russian government. Following his return to Russia after treatment in Germany, he was rapidly arrested, tried for violating the terms of a 2014 fraud conviction, and sentenced to more than two years in a penal colony. In response, large protests have been held in cities across Russia; many protestors have been arrested and have reported brutal treatment by the police. Shortly after his conviction, he was tried for the separate offense of libeling a World War II veteran, a move widely seen as an attempt to discredit him with his domestic supporters. Although Putin’s presidency currently appears insulated from the political consequences of its repressive actions, Western coordination can act to mitigate its negative international effects

Prior to his trial, Navalny released a film alleging Putin’s ownership of a one billion USD mansion on the Black Sea coast, built with money from illicit sources. The Russian government, including Putin himself, has denied the allegation. A poll conducted during the trial indicated that more than a third of voting-age Russians had either seen the film or were familiar with its contents, and more than half either thought it was true or appeared to be true but hard to verify. The video appears to pose particular dangers for Putin because it plays to widespread and longstanding resentment in Russia about corruption—a resentment that Putin himself channeled in his first election campaign in 2000. Despite this, the impact of both the film and Navalny’s imprisonment appears limited, with a brief one-point drop in Putin’s approval rating reversed by February. Perhaps not surprisingly, after twenty-one years in power, public opinion about Putin on matters such as corruption seems fairly stable, at least among older voters.

The Russian government’s treatment of Navalny and the protestors must be understood in the context of longstanding practices and concerns. The poisoning and jailing of Navalny is part of a pattern of violent suppression of opposition figures and regime critics that goes back at least fifteen years. Individuals whose deaths have been attributed to the Russian government include journalist Anna Politkovskaya, killed in 2006; former spy Alexander Litvinenko, poisoned in London in 2006; and opposition politician Boris Nemtsov, shot in Moscow in 2015. Individuals who survived poisoning allegedly by the Russian government include former spy Sergei Skripal, attacked in the UK in 2018, and opposition figure Vladimir Kara-Murza, reportedly poisoned twice. This history of attempted and successful assassinations of Russian opposition figures and critics forms the context in which Western governments need to formulate their response to the Navalny poisoning and jailing—this is not an isolated incident, and there is every reason to expect that similar attacks will occur in the future.

The treatment of Navalny and the brutal response to the protests also reflect another longstanding feature of the Russian government: concern about Western interference and the use of that concern to discredit the opposition and justify repression. In the decade and a half since the ‘Color Revolutions’ in Georgia, Ukraine, and Kyrgyzstan, and in the context of the ‘Arab Spring,’ the election-related protests in Russia in 2011 and 2012, and the overthrow of Ukrainian president Yanukovych in 2014, the Russian government has developed the concept of ‘Color Revolutions Technology.’ This is the method, the government claims, by which the United States and its European allies foment protest in states in order to remove unfriendly governments and replace them with pro-Western ones. The Russian government and media figures make this claim about the opposition protests in Belarus, which have been taking place since the fraudulent 2020 presidential election, forming an important context for the Russian government’s response to the Navalny protests. Similar language is utilized with Navalny and protesters as a way of undermining their credibility.

Although the poisoning, trial, and film have had little impact on Putin’s overall popularity to date, it would be wrong to conclude that their impact must therefore be insignificant in the longer term. Although the treatment of Navalny is part of a longstanding pattern, the reach of the ‘Putin’s Palace’ film and the protests are not. The initial protests were large—reportedly the largest since the election protests of 2011 and 2012—and not confined to Moscow and St. Petersburg but held in cities across the country. The scale and geographic scope of the protests, despite the force used to suppress them, are significant in themselves, even if there is no evidence that the majority of Russians currently oppose Putin’s government or support Navalny. The scale and brutality of governmental suppression are also significant. As analysts have noted, “The harsher the crackdown, the more difficult it is to revert to a softer form of authoritarianism,” and they suggest that this is likely to exacerbate volatility and reduce Putin’s support. That support is already in decline among younger adults, even if his overall popularity is stable. Both his approval and net approval have fallen sharply among those aged between eighteen to twenty-four, from +60 in January 2018 to +5 in 2021. Moreover, this is the age group most likely to have watched and believed the ‘Putin’s Palace’ film, signaling potential long-term dangers for Putin.

Internationally, the trial of Navalny has confirmed that the issue of Russian democracy and human rights remain key areas of conflict with Western states and institutions. It has also shown, once again, that the disapproval of these actors does little more than reinforce Russian governmental narratives of Western interference and thus the need for strong measures to defend Russian sovereignty. For instance, diplomats from Germany, Poland, and Sweden who had reportedly monitored the protests were accused by the Russian government of participating in them and were expelled; the three states responded by expelling Russian diplomats. Although the impact of the Navalny affair has worsened an already extremely hostile relationship between Russia and most EU states, the character of this relationship has not changed and is not likely to change.

Beyond this longstanding friction with the West, neither the treatment of Navalny and the protestors nor the revelations of corruption are likely to produce any significant international reaction or affect Russia’s global position. For years, the Russian government has sought to position itself as a leading counterweight to US-led interference in states’ internal affairs and as the promoter of conservative social values and democracy with national characteristics, in contrast to what they represent as anti-democratic, coercive  Western attempts to impose standardized models of democracy and human rights. It has found common cause on these issues with states in regions, including Central Asia, the Middle East, and sub-Saharan Africa, where authoritarian governments are concerned about Western intervention, or where governments resist Western conditionality that links trade or aid to issues such as LGBT and women’s rights. Therefore, the Navalny affair is unlikely to affect Russia’s relationship with many states in these regions, and the Western response may simply confirm pre-existing perceptions. Equally, the Chinese government, often the subject of Western criticism concerning Hong Kong, is unlikely to take a negative view of the Russian government’s conduct.

The one area of significant difference is the United States’s response. The Trump administration largely avoided discussion of Russian democracy and human rights failings, and the White House, in particular, resisted to comment on the treatment of individuals such as Navalny, Nemtsov, and Kara-Murza and broader issues such as the conduct of Russian elections or the persecution of LGBTQ individuals in Chechnya. On Russia in particular, the Trump administration appeared to take the view that, as the White House Spokesperson notoriously observed in 2018, “We don’t get to dictate how other countries operate.” The ability of Western states to develop any kind of shared position on Russian democratic and human rights failings was seriously undermined by this policy.

In striking contrast, the Biden administration has moved rapidly and decisively to condemn both the treatment of Navalny and the suppression of protest. Sanctions were introduced in March 2021, targeting seven Russian government officials, including the director of the Federal Security Service, the FSB. These individuals were also the target of EU sanctions, and the Biden administration has been clear that its response corresponds with European partners. The Biden administration’s words and actions to-date appear to signal a return to American leadership on democracy and human rights issues. This position offers the possibility of a broadly consistent approach across key Western states, which is likely to create more favorable conditions for cooperation on other Russia-related issues, including the security challenges posed by Russian “active measures.”

Nevertheless, it is important to recognize that neither a renewed consensus among Western states nor the introduction of sanctions is likely to affect the Russian government’s behavior toward Navalny or other democracy and human rights questions. As with the sanctions imposed after the annexation of Crimea, the impact of the latest round of sanctions is trivial compared with the stakes involved for the Russian government, which appears to view the issue as one of regime survival. Predictably, Moscow has characterized the sanctions as an attack on Russia by the dictatorial United States and has said that it will retaliate.

Coordinated Western responses to this and future incidents, though not likely to change Russian governmental behavior domestically, can mitigate its negative international effects.  The Russian government has sought to exploit differences among Western states and Trump-era uncertainty about the United States’s commitment to both its values and its allies. American leadership on democracy and human rights issues will form an important part of a broader response to the challenges posed by Russian “active measures” in the West. It should not, however, mean that the US government rejects engagement with Russia on areas of mutual interest such as arms control. So far, the Biden administration, which extended the New START treaty in February, has managed to balance these competing demands. Re-establishing leadership on human rights and restoring the relationship with European allies while engaging pragmatically with the Russian government will inevitably be difficult. Nevertheless, it is the only viable approach to addressing the security challenges posed by the disastrous state of Russia-West relations.

Dr. Ruth Deyermond is Senior Lecturer (Associate Professor) of Post-Soviet Security in the Department of War Studies, King’s College London. She researches Russian foreign policy, US-Russia relations, and post-Soviet security. Her current primary research area is US policy towards Russia since the end of the Cold War.