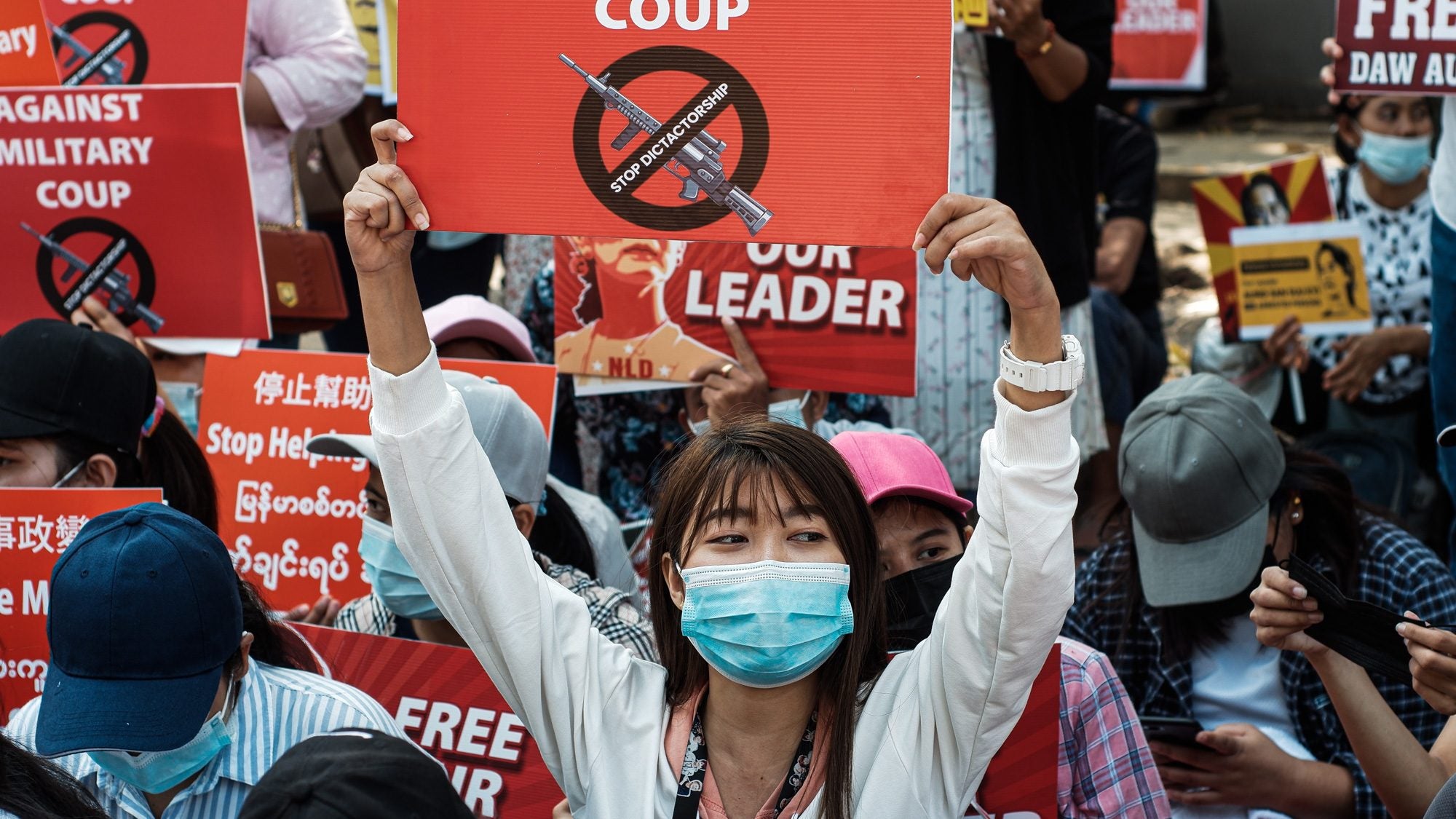 Title: Myanmar in the Balance

Myanmar is at a critical inflection point, with the military determined to govern the country as it sees fit and elected politicians and most citizens committed to ending military rule. The actions that international actors take could potentially tip the balance, particularly if fissures were to emerge within the armed forces.

What would life be like in Myanmar if the military no longer had any political power? Citizens have been trying to picture this as they have tenaciously continued their nonviolent movement to reverse the February 1 coup. Meanwhile, the junta has resorted to ever more brutal tactics to cow the public into submission. State Counselor Aung San Suu Kyi, President Win Myint, most civilian cabinet members and chief ministers (akin to governors), and the national-level election commissioners are being held incommunicado in military installations and prisons. As the security forces continue to arrest protesters, journalists, and civil society leaders, they have also shut down the independent media and cut internet and mobile phone access. Soldiers have shot children and teenagers in the head, fired randomly into people’s homes, and tortured to death people who had worked for Aung San Suu Kyi. They have also engaged in looting and destruction as if they were raiding an enemy land. Myanmar is at a critical inflection point. The military leadership is determined to govern the country as it sees fit while elected politicians and most citizens are committed to ending military rule. The actions that international actors take could potentially tip the balance, particularly if fissures were to emerge within the armed forces.

Given the political power the military already had, it might seem strange that they staged a coup. They had established a semi-civilian system of governance, backed by the 2008 constitution, precisely to protect their prerogatives and achieve a veneer of legitimacy. The military retained key positions in the executive branch and twenty-five      percent of all legislative seats, along with complete autonomy over military affairs. The military also assumed its people would hold the top civilian posts; Myanmar’s president is selected by a combination of elected and military-appointed representatives, giving military-backed parties a significant advantage. This worked for the military in 2010 when several key National League for Democracy (NLD) members were under house arrest or in prison, and the party boycotted the election. However, after the ruling military-backed party released political prisoners in the early 2010s to improve its credibility, the NLD began contesting elections. It won landslide victories in 2015 and again in November 2020.

The military leadership had assumed its Union State and Development Party would do better in the 2020 election, as the military had previously garnered support for its promotion of Buddhist nationalism. If necessary, the party could cobble together a coalition government with some ethnic-based parties. The NLD’s overwhelming victory, however, made this impossible. While the Commander in Chief, Min Aung Hlaing, claimed the military’s actions were necessary because of widespread election fraud, domestic and international election observers identified no major faults. Citizens in certain conflict-affected areas were unhappy with election cancellations in their constituencies, but this was due to security assessments by both the military and the NLD.

Min Aung Hlaing’s personal reasons for staging the coup may have included a desire to become president and worries about what privileges he, his family, and the military might lose under a second, potentially more proactive NLD government. Underlying these particular interests, though, is the military leadership’s sense of entitlement. They feel that they have the right to rule, and they expect to be treated with deference and respect. While Aung San Suu Kyi tread carefully in dealing with the military on some issues, she tried to reduce their political influence when she could. For instance, she refused to convene a meeting of the National Defense and Security Council, whose mandate includes approving national security policies and military operations, declaring states of emergency and exercising sovereignty during such periods, and appointing the next commander in chief. The 2008 Constitution gives the military the majority of the seats and the potential to strongarm elected officials into approving decisions favored by the military. In early 2020, the NLD government also revised the electoral law to end the practice of military personnel and family members voting on military bases. Instead, they were to go to civilian polling stations where they could cast their votes freely.

Some Myanmar analysts believe that the coup could have been averted had Aung San Suu Kyi allowed the military to review voter lists and voting records in particular constituencies and been more conciliatory.[1] Others feel the military’s usurpation of power was inevitable. Clearly, the military was ready to spring into action and quickly established a ruling council. A handful of civilians accepted invitations to join, including representatives of certain ethnic-based parties. They were disillusioned with the NLD leadership for having largely ignored them and their pleas to decentralize more power to the ethnic states and do more to advance the nationwide peace process. Other ethnic-based groups and citizens in the ethnic states shared these concerns, but they regarded military rule as a far worse alternative. It was the military that had waged war in the ethnic states and been obstructionist in the negotiations regarding ethnic political rights and security sector reform.

A large portion of the public had complete trust in Aung San Suu Kyi, but even among the ethnic-Bamar majority, some were disappointed with her controlling tendencies and the slow pace of economic reforms. Still, during the 2010s, people’s lives in many parts of the country had improved significantly. The civilians in government extended roads and electricity in rural areas, increased access to healthcare and education, and upgraded the quality of public services. The expansion of trade, foreign investment, and credit facilitated business opportunities and job creation. Beyond that, people gained long-denied freedoms. They could obtain SIM cards and access the internet. They could travel more easily and no longer had to report guests spending the night. Notably, the ex-generals in power from 2011 to 2016 initiated several of these changes, but the public resented their previous participation in a repressive regime that had enriched itself at the people’s expense.

The current junta has piled spurious charges on Aung San Suu Kyi to prevent her from being able to run in any future election, should they hold one. Meanwhile, civil servants in large numbers have refused to show up for work to make it impossible for the wheels of government to turn. Doctors, nurses, teachers, bank employees, railway workers, port workers, garment factory workers, and many more have risked their jobs for this cause. Local religious leaders have stood in front of troops, begging them not to shoot. Ethnic armed organizations active in the peace process and the country’s highest Buddhist religious council have said they will not engage with the junta. Some prominent Myanmar diplomats have announced they will not represent the regime. Rohingya in internally displaced camps and refugee settlements in Bangladesh have also signaled their opposition to the coup via posts on social media. Elected parliamentarians who evaded arrest have established a nascent parallel government, with the indomitable Dr. Sasa serving as its international representative. Admired for his health and development work in his native Chin State, he led the NLD’s 2020 election campaign there and was under consideration for a cabinet position. He has called for the abolition of the 2008 constitution and the institution of a fully democratic, federal system of government.

Several lower-ranking police, particularly in the ethnic states, have walked off the job, with some seeking refuge in India. Still, few military officers have followed suit. According to one military defector who was interviewed by a Myanmar journalist, many other soldiers do not want to shoot their fellow citizens and have been treated badly themselves by higher-ranking officers. However, were they to switch sides, they are not sure that civilians could protect them or that the protesters will win.

Both the regime and the public are looking for international support to help tip the balance in their favor. The regime wants to be recognized as legitimate, to ensure that trade and foreign investment continue, and to know it can count on China and Russia to provide arms and diplomatic protection in international fora. Those opposed to military rule have urged foreign governments and companies to deny legitimacy to the regime, to starve the state of funds, to impose a global arms embargo, and to cut business ties with military-owned companies, of which there are over one hundred.

Beyond statements of dismay, governments have taken piecemeal measures so far. The United States and other Western governments have imposed targeted sanctions on military individuals; the United States and United Kingdom have also sanctioned military-owned companies. Several governments have refrained from recognizing the regime, and some intend to halt development aid that would go through state coffers. International and expatriate organizations have tried to provide financial assistance for humanitarian needs, as many workers no longer have any income. Coordinated international action could have a stronger impact, as could decisive action by those Asian governments with large economic investments in Myanmar. If China were to refuse to engage with the regime, that could undermine its ability to survive economically and to fend off UN Security Council sanctions. The NLD leadership, which had developed a relatively good working relationship with the Chinese government, would feel emboldened. Diplomats from countries such as Japan, Singapore, Indonesia, Malaysia, and Thailand might be able to play a mediating role if the regime finds itself in a weakened position. For that to happen, there might have to be fissures within the highest ranks in the armed forces. Although unlikely, perhaps it is not impossible. The international community should act on the requests of the elected representatives and non-violent protesters to the extent possible. For, regardless of the horrific violence, the security forces have unleashed on them, they are determined to carry on. As one youth protester told BBC, “I’m prepared to be killed because without democracy, living here is meaningless.”

Christina Fink is a professor of International Affairs at George Washington University’s Elliott School of International Affairs. She received her B.A. in International Relations from Stanford University and her M.A. and Ph.D. in Social/Cultural Anthropology from the University of California at Berkeley. She is the author of Living Silence in Burma: Surviving Under Military Rule (2009) and of more recent journal articles and chapters on political reform, state-society relations, religious minorities, and dangerous speech in Myanmar.

[1] Author interviews with two Myanmar political analysts with knowledge of the high level discussions taking place in the days before the coup. 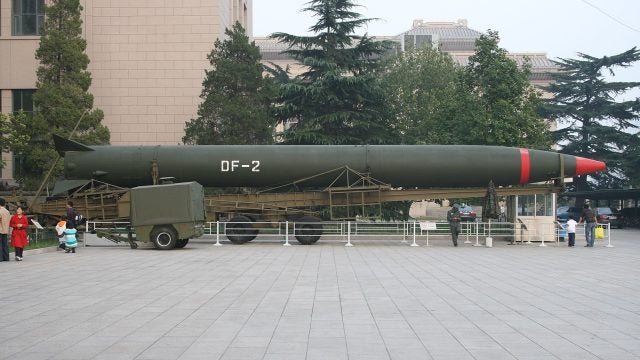 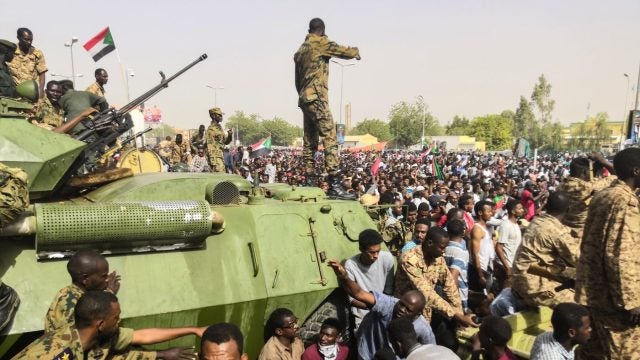 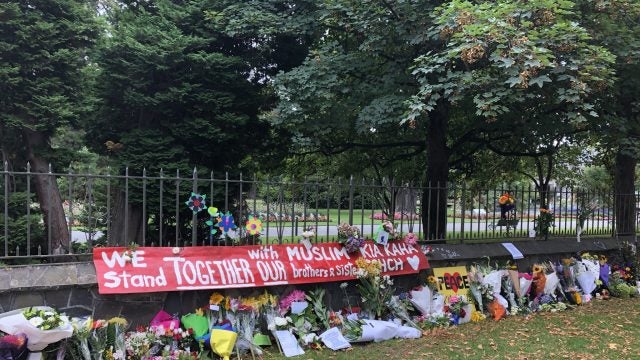