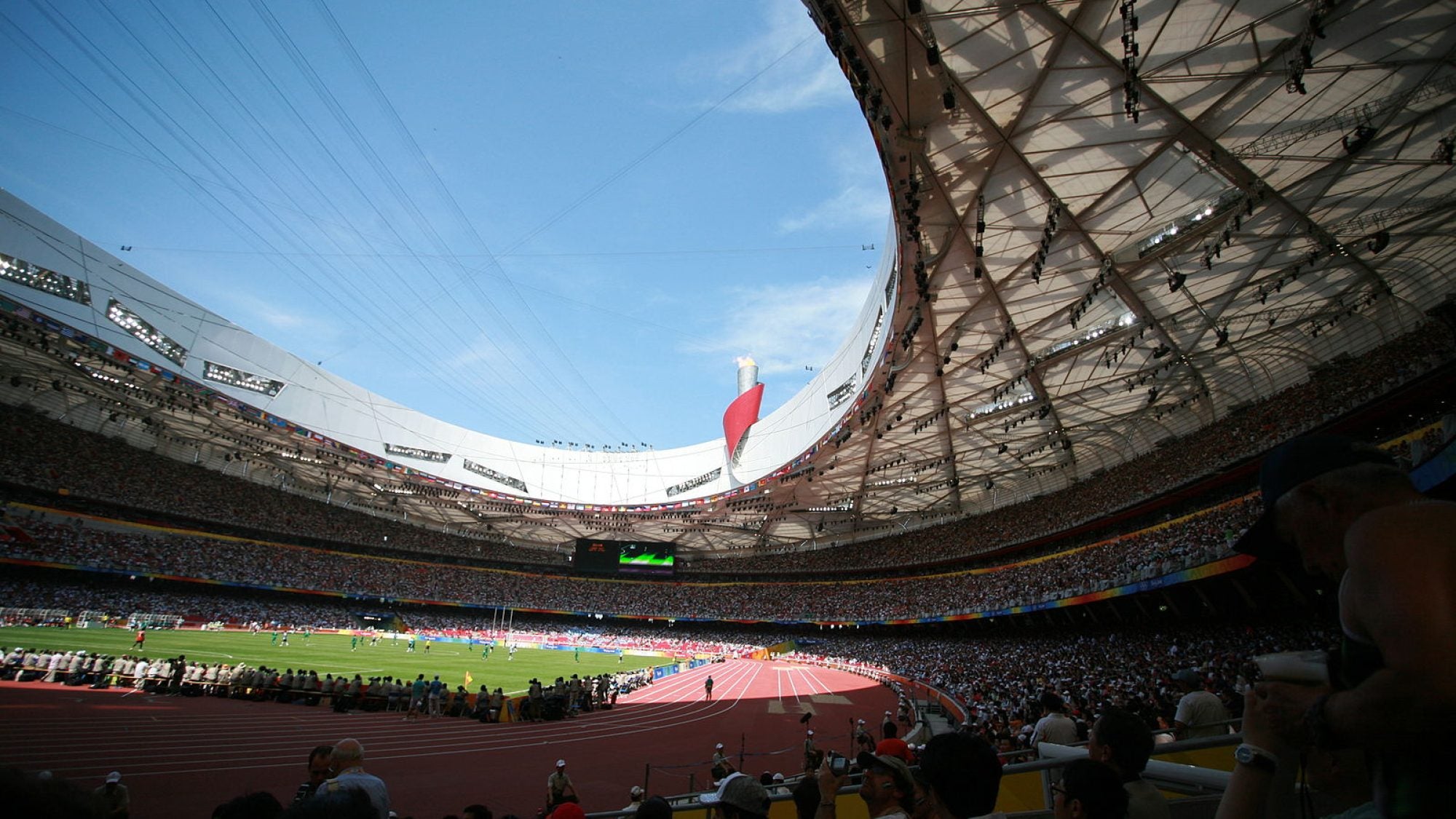 The world order has undergone tremendous changes since the U.S.- and USSR-led Olympic boycotts during the Cold War. The growing political influence of non-governmental organizations (NGOs) has led some scholars to assert that NGOs have become “the third force” in global politics after governments and corporations. NGOs are currently leading calls to boycott the Beijing 2022 Winter Olympics, aiming to pressure the Chinese government to improve its human rights record and, in particular, end the repression of Uyghurs in Xinjiang. This raises questions about how much influence NGOs can exercise over governments, and whether real changes have occurred in the balance of power between NGOs, governments, and corporations during the post-Cold War era.

“Boycotts do not accomplish political goals and only harm the athletes”

Before 1992, Olympic boycotts were led by national governments protesting against other national governments. Civil actors sometimes called for the relocation of games (most notably the Berlin 1936 Olympics), but the International Olympic Committee (IOC) has never moved the host city for political reasons. The most famous boycotts were President Jimmy Carter’s boycott of the Moscow 1980 Olympics in protest against the Soviet invasion of Afghanistan, followed by the Soviet Union’s retaliatory boycott of the Los Angeles 1984 Olympics. The U.S. boycott was widely regarded as an epic failure. Many athletes opposed it, including twenty-five athletes led by 1976 bronze medalist in rowing Anita DeFrantz, who sued the US Olympic Committee for infringing upon their constitutional rights. The American athletes lost their case, but the IOC later thumbed its nose at the U.S. government by coopting DeFrantz as one of its first female members; she has been influential in U.S. and international sports ever since. The British Olympic Association (BOA) defied the UK government, sending a team to Moscow that competed under the BOA flag, not the Union Jack. Current IOC President Thomas Bach publicly opposed the West German National Olympic Committee’s support of the boycott, which deprived him of a chance to defend his gold medal in team foil (fencing).

Juan Antonio Samaranch, a career diplomat, became IOC president in 1980 and embarked on an effort to prevent national boycotts by visiting heads of state to present the IOC’s argument against boycotts. The protocol and ceremonies that accompanied these visits, and the establishment of relations with the United Nations, symbolically elevated the IOC to a “quasi-state.” Samaranch’s persuasion skills and the bad memories of the 1980 boycott led to a broad consensus among national Olympic committees and heads of state: boycotts do not accomplish diplomatic goals; they only harm the athletes. This position is frequently repeated, most recently by the US Olympic and Paralympic Committee in its submission to the “China, Genocide, and the Olympics” Congressional hearing on May 18, 2021.

The NGO Swarm and the Turn to Social Responsibility

Since 1992 the loudest calls for boycotts have come from NGOs, many of which did not exist until the very end of the Cold War (e.g. Human Rights Watch, Reporters sans frontiers, Free Tibet; Amnesty International is an exception, having been founded in 1961). In 1990, there were approximately 6,000 registered international NGOs worldwide. When China hosted its first Olympic Games in 2008, the number of active organizations reached 40,000, where it still stands today. The IOC itself is a non-governmental, non-profit organization, as are the entities comprising the international sport system, including local Olympic organizing committees, national Olympic committees, and international sport federations like the Fédération Internationale de Football Association (FIFA). They have benefited from the “NGO-ization” of global society, as their revenues and political influence have increased along with those of other international NGOs. But the relationship between sports-related NGOs and social-issue NGOs, along with their respective United Nations ties, is a complicated one that vacillates between collaboration and antagonism.

The internet has revolutionized the ability of NGOs to unify across national boundaries in order to descend on a target in sync—labeled an “NGO swarm” in a 2002 Rand Corporation report, which argued that NGOs’ increasing strength costs governments. The 2008 Beijing Olympics were the first Olympic Games to be targeted by an “NGO swarm” (see my discussion of the topic at timestamp 1:11 here). At least fifty intergovernmental or nongovernmental organizations drew attention to a wide array of human rights issues in China, ranging from the oppression of ethnic minorities and dissidents to mass evictions, application of the death penalty, prison labor, and more. By linking their campaigns with Olympic Games, NGOs can garner international media coverage and attract donors. For example, in late March 2008, the International Secretariat of Amnesty International in London had membership revenues totaling  £34.7 million; by March 2009, encompassing the Beijing Olympics, its revenues jumped by 26 percent, to £43.8 million.

In 2008, no national Olympic committee, head of state, or active athlete called for nations to boycott the games and keep athletes home. The IOC was still mainly focused on signs of momentum toward national boycotts and so was ill-prepared to deal with the NGO swarm. The situation heading into the 2022 Games is similar: U.S. House Speaker Nancy Pelosi and the European Parliament have called on diplomatic officials to stay home, but they have not called for nations to keep athletes home. The main threat to the future viability of the Games no longer comes from national politics, but from potential negative media coverage that could damage the Olympic “brand” and discourage cities from bidding for the games. With public criticism escalating over the past decade, it is no longer clear that host cities enjoy an increase in prestige and the expected boost to the economy and tourism. After 2008 the IOC leadership engaged in extensive reflections over how to respond to this new threat.

Reacting to ever-louder criticisms from NGOs, the corporate world developed an approach based on social responsibility starting in the 1990s, an approach that narrowly defines human rights as a “management problem” by focusing on specific and potentially manageable issues such as fair labor in the supply chain, non-discrimination in the workplace, or following legal procedures in evictions. Some major sport organizations followed suit, but the IOC lagged. In the past decade, other influential international bodies have begun to adopt policies, too, such as the UN Guiding Principles on Business and Human Rights (UNGP, endorsed in 2011), and the International Standards Organization (ISO) Standard 20121 for “event sustainability management systems” (confirmed in 2012). The IOC finally joined this trend in 2017, adding a clause on human rights to the Host City Contract for the Paris 2024 Olympics, which stipulated that games-related activities should be conducted in alignment with the UNGP. On page 127 of the Operational Requirements addendum, there was a specific list of the issues that have been most controversial in the Olympic context: migrant workers, labor conditions, displacement of local population, discrimination, child safeguarding, peaceful assembly, and media freedom. Additionally, starting with the 2018 Olympics, the IOC has required every Olympic organizing committee to obtain ISO 20121 certification.

Beijing 2022 – Big Changes in Policies, but What about Reality?

Compared to the fifty human rights organizations that targeted Beijing in 2008, the number of NGOs involved in Olympic protests has increased exponentially. In February 2021 over 180 entities, mostly regional associations supporting the Uyghurs in Xinjiang, and self-determination for Tibet, Taiwan, and Hong Kong, formed a coalition to call for a boycott. This returns to the question: how much influence can—or should—NGOs exercise over governments? In particular, how much influence will the “NGO swarm” and the IOC be able to exert on the Chinese government in the lead-up to the Winter Olympics?

As originally conceived in 1948, human rights fell under the control of national governments; now, under the label of “social responsibility,” sport organizations and global corporations have been publicly assigned a share of authority over some of these rights. It is possible the UN and IOC have been strengthened by their collaboration with each other and NGOs. The IOC has become bolder in challenging nation states—at the recent Tokyo Olympics, it even faced down the Kremlin by banning Russian athletes from competing under the national flag as a punishment for the nationally-orchestrated doping program. The IOC’s creation of the Refugee Olympic Team has allowed stateless athletes to participate in the Olympic Games for the first time.

Although these new policies only have limited legal force, they are somewhat strengthened by their interconnection with a growing web of policies put forth by powerful international actors, such as the IOC, the UN, the ISO, and others. However, this web is just taking shape, and the Host City Contract for the 2022 Beijing Winter Olympics pre-dates the new human rights clause. The IOC is surely engaging in “silent diplomacy” behind the scenes, but public signs indicate that the leadership of the IOC and other major sport organizations remains committed to the position that boycotts are politically ineffective and punish the athletes.

In the case of China, public pressure via boycotts and protests will likely have a negative effect. Having lived in Beijing during the year leading up to the 2008 Olympics, I experienced the security crackdowns that followed the riots in Tibet and chaos surrounding the European and North American legs of the torch relay. The uproar led Chinese leaders to recognize, correctly, that hostile groups in the developed West had bigger international networks and more public support than they had initially realized. It is frequently the case, in China and elsewhere, that a perceived threat from external enemies further entrenches authoritarianism. The current protests could strengthen the negative consequences.

Susan Brownell is Professor of Anthropology at the University of Missouri-St. Louis and an expert on Chinese sports and Olympic Games. She is the author of Beijing’s Games: What the Olympics Mean to China (2008) and co-author of The Anthropology of Sport: Bodies, Borders, Biopolitics (2018)