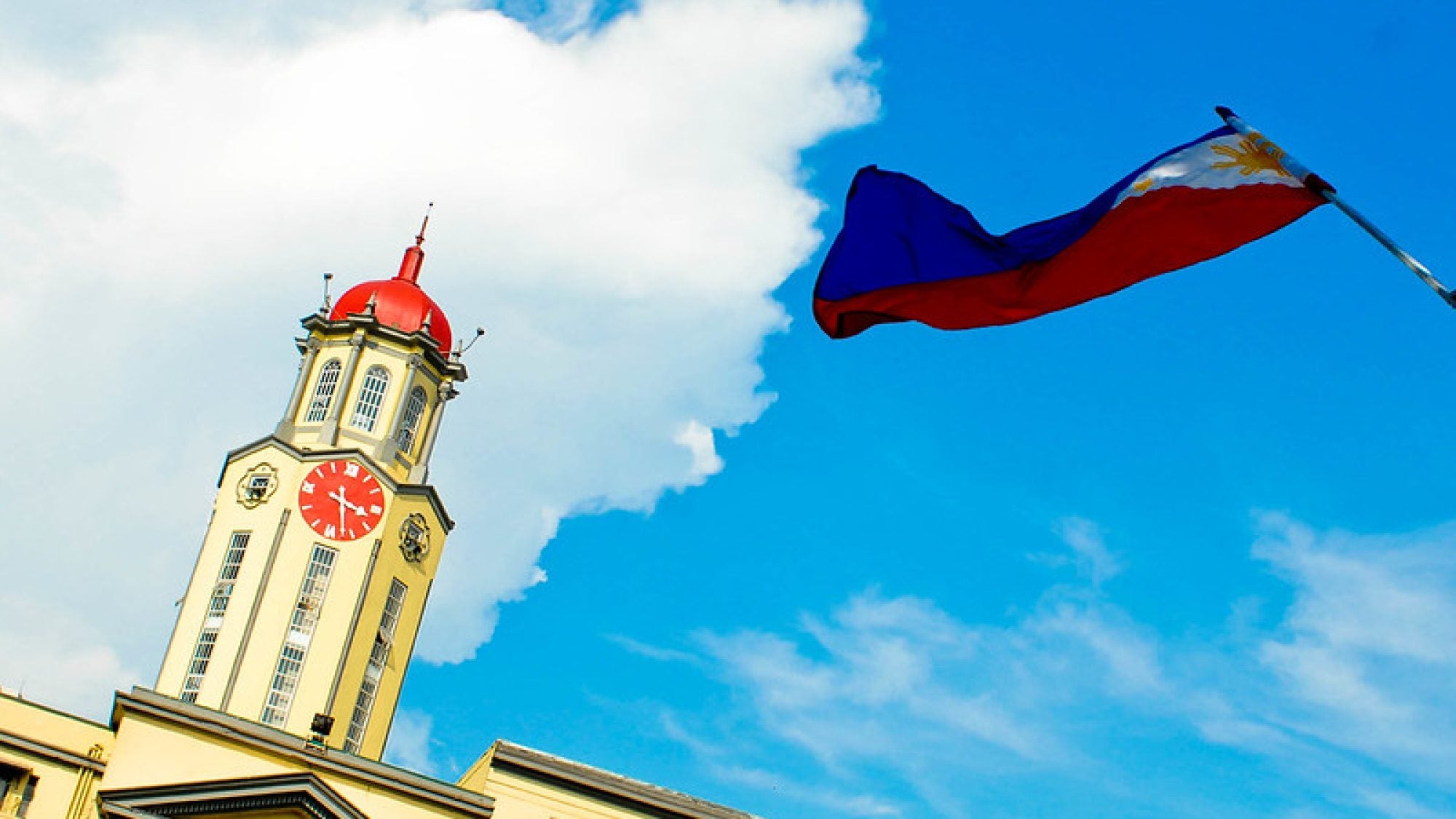 Title: The ICC Investigation and Accountability in the Philippines

In September 2021, the International Criminal Court opened a formal investigation into extrajudicial killings by police in the Philippines. Despite the insistence of President Rodrigo Duterte’s administration that such an inquiry is unnecessary and falls outside the jurisdiction of the tribunal, a successful investigation and ensuing prosecutions could bring an end to the near-total impunity for grave human rights violations that have been committed in the Philippines for decades.

When the International Criminal Court (ICC) announced on September 15, 2021, that it was formally opening an investigation into alleged crimes against humanity in the Philippines, the significance of the decision was not lost on many Filipinos. For the first time since 1986, after the “People Power” uprising ousted the dictator Ferdinand Marcos, the Philippine people have a unique opportunity to hold high-level officials who abuse their power to account. If this investigation progresses, it would be a high water mark event for accountability that could end official impunity in the country.

The ICC stated that its preliminary examination of the complaints against President Rodrigo Duterte found a “reasonable basis” to proceed with the investigation. The court has since granted the Philippine government’s request to defer the investigation, after the government argued they are doing enough to address complaints. However, this deferral is merely procedural and would not, as the ICC prosecutor promised, stop the court from continuing to work on the case. The investigations are likely to be expansive because Duterte’s “war on drugs” has resulted in the killings of between 6,221 people (according to official police statistics) and 30,000 people (according to human rights groups). Even the government admits that the police showed a deliberate disregard for due process and police procedures in many of these deaths. Investigations by the media, Human Rights Watch, and other human rights groups found that police routinely planted evidence such as weapons and illegal drugs on the bodies of suspects to justify police shootings as acts of self-defense. In October 2021, the Philippine Department of Justice released a report implicating the police in 52 such killings.

When Duterte ran for president in 2016, he promised to eliminate illegal drugs in the country and vowed to kill thousands of drug users and dealers whom he blamed for what he described as rampant criminality. Duterte’s demonization of drug users as the scourge of Philippine society made him extremely popular and led to his victory in the presidential elections. As soon as Duterte took office in late June 2016, he launched his anti-drug campaign which tasked the police to, in his words, “kill, kill, kill.” The targets of this campaign were mainly Filipinos who live in poor urban areas.

Since Duterte’s election, human rights groups and the media have documented numerous abuses of the war on drugs. The impact of these killings has been devastating on urban families, including children, who live in the crowded and impoverished communities where most drug raids occur. Most importantly, there has been almost no accountability for these killings—only one case out of thousands has resulted in a court conviction of three police officers, and that was largely because the crime was captured on video. Duterte’s full-throated defense of his brutal policy has exacerbated the longstanding impunity for perpetrators of human rights abuses in the Philippines.

Duterte has to protect to law enforcement officers who face legal troubles for carrying out the drug war, vowing to never let a single officer spend a day in prison. Government agencies including the Department of Justice did nothing to stop the violence while it took place. The Department of Justice investigation into a small number of cases has been late in coming,  and only after a sustained international outcry. Moreover, the Philippine National Police, which has been linked to many killings, refused to cooperate with the governmental Commission on Human Rights, an independent, constitutionally-mandated body.

Duterte thoroughly controls the national legislature as well as the executive branch. Consequently, very few in government have dared denounce his administration’s human rights abuses. Some who did have paid a heavy price, such as Senator Leila de Lima, who has spent nearly five years in police detention for her criticism of Duterte’s drug war. Most of the opposition to Duterte’s relentless assault on human rights has come from the media and local human rights groups, which have become targets of a withering campaign of harassment, threats, and even physical violence resulting in serious injuries or death.

The violence of the drug war has occurred within the context of the Philippines’ perennially broken and dysfunctional criminal justice system, in which cases take many years to resolve and courts are unable to handle cases expeditiously. In addition to killing suspected drug users and dealers, Duterte’s campaign has also resulted in the arrest and incarceration of tens of thousands of alleged drug offenders, further jamming the country’s already horribly overcrowded detention facilities. Coupled with the inability of most victims and their families to access justice—either because they cannot afford the costs or out of fear of retaliation—the drug war has only worsened an already difficult problem.

As the drug war has garnered increasing international attention, Duterte has repeatedly warned the United Nations and other international bodies not to “interfere” in the country’s “internal affairs” and not to impose their ideals on Filipinos. Such tough and uncompromising rhetoric—at one point Duterte threatened to “slap” the UN special rapporteur if she set foot in the Philippines—has captivated the world’s attention further and made the president even more popular domestically. To avert scrutiny by the UN Human Rights Council (UNHRC), the government has used falsehoods and misinformation in a relentless lobbying campaign in Geneva and across Europe. This resulted in the passage of a toned-down resolution at the UNHRC in September 2019, in which rather than launching an independent investigation into the killings, the UNHRC established a “human rights program” with the Duterte government promising “technical cooperation” and “capacity building.” Human rights groups were aghast by the council’s dereliction of its responsibilities. In the meantime, the killings continued unabated.

Domestic accountability mechanisms in the Philippines have thus far been a failure. The ICC, as a “court of last resort,” only investigates situations in which the national judiciary is unable or unwilling to investigate and prosecute the most serious crimes in violation of international law. The ICC’s decision to finally step in is both an acknowledgment of that failure and a recognition of the need to bring about a measure of relief for victims of the drug war.

Predictably, the Duterte administration has been trying to persuade the Filipino people, and the international community, that the ICC’s “intervention” is a mistake because the national justice system functions well. It contends, also incorrectly, that the ICC does not have jurisdiction in the Philippines. It is uncontestable that the justice system has not prosecuted extrajudicial killings and that many occurred while the Philippines was a state party to the ICC’s Rome Statute, and thus falls within the court’s mandate.

The ICC investigation will also cover unlawful killings that took place from 2011, the year the country ratified the Rome Statute, to 2016. During this period Duterte was mayor of Davao City and oversaw the “death squad” killings of hundreds of people in the southern island of Mindanao. The Duterte government withdrew its ratification of the Rome Statute in March 2018. The withdrawal officially took effect a year later.

Human rights defenders should continue to work with victims of the drug war to provide more information on specific cases to the ICC. The UNHRC should launch its own independent investigations into the drug war killings and pressure the government to abandon this brutal policy. The European Union should urge the Philippine government to stop the human rights violations and, if unheeded, consider sanctions against Manila under a trade mechanism already in place. This mechanism determines the size of tariffs the EU imposes on Philippine exports in accordance with the country’s compliance with international human rights conventions and agreements. The US should accelerate passage of the Human Rights Act, pending in the US Congress, which would suspend security assistance to the Philippines unless reforms are made within its military and police force.

The ICC’s actions towards the Philippines offer the chance for an overdue reckoning of a long-running human rights calamity that originated with the Marcos reign of terror in the 1970s and 80s. Even after his ouster in 1986, accountability for government abuses has not improved. While Marcos himself died in exile, his family and their cronies never really left the scene, and now Marcos’s son, Ferdinand Marcos, Jr., is running for the presidency in the May 2022 election. The ICC’s investigation, and the prosecution of those most responsible for these years of terrible carnage, might just be enough to bring about some measure of justice Filipinos have been seeking for decades.

Carlos H. Conde is the Philippines researcher for Human Rights Watch. He has written reports about extrajudicial killings, the impact of the “drug war” on children, the attacks on activists, the HIV/AIDS crisis, child labor in small-scale gold mining, among others. Before joining the organization in 2012, he worked as a journalist and covered the country for The New York Times and the International Herald Tribune.