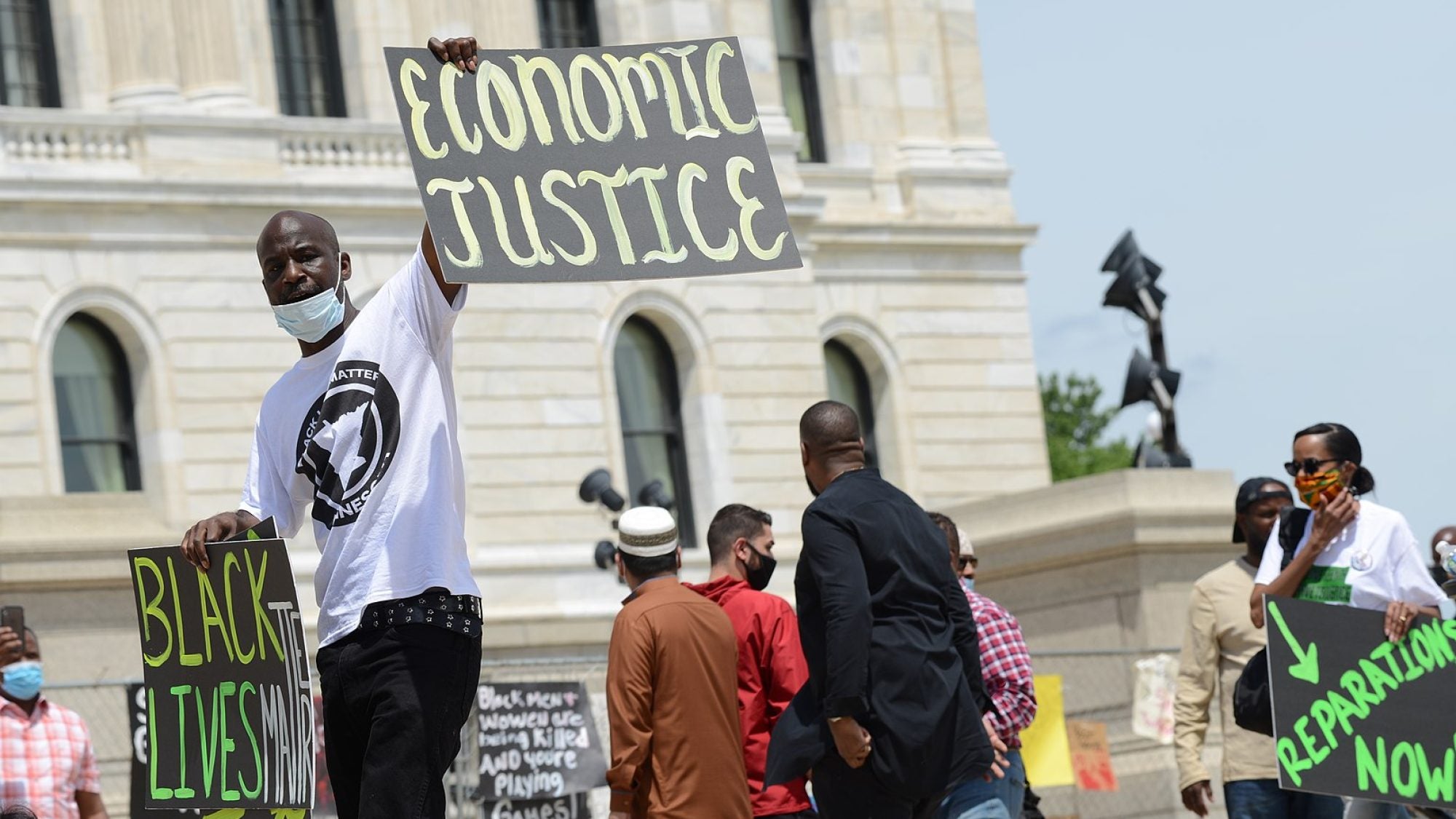 Political and intellectual figures have increasingly made more calls for reparations for large-scale atrocities such as slavery and colonialism as political demands for populations descended from historically harmed groups. Ta-Nehisi Coates’ Atlantic article “The Case for Reparations” and the Caribbean Community’s (CARICOM) Ten-Point Reparations Plan are two relatively recent examples of this call. In his recently published book Reconsidering Reparations, Professor Olúfẹ́mi O. Táíwò stresses a fundamentally global, material, and progressive approach to reparations that he refers to as the “constructive view of reparations.” In an interview with Professor Táíwò, GJIA explores the principles of the constructive view and how its implications could guide reparations as a potential political program.

GJIA: To start off the conversation, what made you decide to pursue the project for Reconsidering Reparations?

OT: I had been dealing with the issue of racial justice in starkly different kinds of spaces and contexts. On one hand, I was a graduate student eons ago when I first started working on this project. So, I was reading about the history of racial injustice and taking classes in black studies, gender studies, and political science around the issues. On the other hand, I was also doing some organizing work, engaging in a more practice-focused way outside of academia. Those were different ways of thinking. They involved different priorities, but they obviously converged because the histories I was learning in class were backstories for the problems people were organizing in response to. Reparations is an issue that I think very concretely links the history of racial injustice to its present reality.

OT: The constructive view says we should build a just world, where the places that inherited the liabilities of yesterday ought to shell out the most for constructing a better world.There are several ways that you can think about reparations that are different from the constructive view. Some people want it to be a relationship repair project, so it should be reconciling people who were harmed by the racial injustices of the past—such as black people, indigenous peoples, others—with the structures or institutions we have now. The relationship repair view may include approaches such as apologies or truth and reconciliation commissions.

Another view of reparations is more about harm repair, which leaves relationship reconciliation aside. Under the harm repair view, reparations should be about addressing how, for example, some peoples’ households are poorer, more polluted, and more policed than they should be. Under this view, you might ask for money, land, or particular infrastructure like community centers.

I think both of those views of reparations are onto something, but I like the constructive view because it makes it clear that reparations are not only about the outcome of the economic and political system that we previously built. The constructive view considers more than just the numbers in the bank accounts or the number of acres that belong to this person versus that person. Nor is the constructive view the feeling of a bond—or a lack thereof—between this population and that government. All of these examples are the consequences of a world set up by racial injustices. There are components of the broader system itself that we must change directly, in addition to giving people money and land.

GJIA: You point out in Reconsidering Reparations that “Georgetown, like the rest of our world, was built by and atop colonial institutions and broader political structures of unfreedom and injustice” (116). Has Georgetown University’s participation within the construction and maintenance of the Global Racial Empire shaped your philosophy of reparations? More specifically, has the years-long campaign demanding justice for the descendants of the GU272 — the 272 slaves sold in 1838 to financially save Georgetown University — shape it?

OT: Yeah, it’s definitely been something I’ve tried to think very carefully about. One of the chapters of the book tells this story at length and it’s made powerfully clear in one particular way how reparations are going to be a difficult conversation. As I point out in the book, alongside my racial identity, I work at Georgetown. The reason the 272 slaves were sold was to rescue Georgetown from financial insolvency; it’s part of the explanation of why there is a Georgetown, and thus part of the story why I have this particular job and why my bills get paid each month. That helps me get some critical purchase on making the point that though we often talk about reparations in terms of moral responsibility and which people have been advantaged by the history or racism and which people haven’t, it’s more difficult than it would seem at first glance to actually tell that story in a faithful and coherent way. If we attempt to address those complications, that might tell us something that points us toward the constructive view.

GJIA: On the converse, do you believe that the constructive view of reparations has something to offer regarding reparative justice at Georgetown? And more broadly, what role, if any, may academic institutions in the Global North have within the construction of a just world through reparations? After all, numerous U.S. universities practiced slavery and continue to profit off of the prison and military-industrial complexes. Furthermore, by default, all universities located in the United States occupy indigenous land and benefit from the neocolonial exploitation of the Global South.

OT: One of the topics that the book talks about is self-determination, and the idea that one of the targets for a just world is that people get some say over what happens to in their lives. That idea was very powerfully denied to the Georgetown 272. As such,  I think the constructive view is one way of getting purchase on why the people descended from the Georgetown 272 should get some determining as far as what reparations might look like.

But, in general, universities often reconstruct themselves in a way that makes them engines of self-determination rather than engines of corporate and state determination. So much of what goes on at Georgetown is done in pursuit of the interests of a very particular set of people: as a result, universities don’t always have the best relationship with the communities and the cities that they’re actually housed in. There is a great recent book out by Davarian Baldwin, In the Shadow of the Ivory Tower: How Universities Are Plundering Our Cities, that talks about the negative effects universities have on cities in the United States. The constructive view would  also call for a broader reconstruction of universities to serving public interests for knowledge rather than private ones.

GJIA: In recent works, you have also written about “elite capture,” or how elite institutions and figures co-opt identity politics — a term with radical origins — by stripping them of their critiques of racial capitalism and by narrowly enclosing group politics. How might these two ideas: the constructive view of reparations and elite capture, cross over with one another?

FS: I think the particular way that they cross over with each other is in terms of what they recommend. Actually, this word “constructive” or this idea of “constructive politics” ends up being promoted and argued for in both of the books. I think one of the bits of overlap is the idea that what we’re responding to is not just misbehavior of individual people. Slavery certainly involved misbehavior of people in institutions, but it also created an entire global system around that kind of exploitation. Similarly, as I argue in the book, elite capture is something that we often understand in terms of elite misbehavior or cynical co-optation of ideas by elites; however, it also happens when a social system spreads out resources unevenly and where institutions that could prevent elites from exploiting that situation don’t exist or aren’t powerful enough. In both of those discussions, you need to reconfigure the basic building blocks of the system into something else if you want to address the problem.

GJIA: Are there any particular case studies — historical or contemporary — that you believe exemplify what the constructive view of reparations entails in practice? If so, what can be learned from them.?

OT: The example that I use in the book is a radical group that formed in the United States and demanded reparations in a very particular and demonstrative way. The Republic of New Afrika asked for money, but they also asked the United States to cede its claim to five states in the South. One of the interesting things is that they did not ask the United States to cede the states directly to the Republic of New Afrika, but they demanded the United States withdraw from those states and thus give the Republic of New Afrika an opportunity to negotiate with indigenous folks over that land. I think that is a really helpful illustration of what the constructive view of reparations might look like in practice. It is going to involve giving cash to people, but it’s also going to involve setting something new up and doing so in a way that is just and takes fairness with other people into account. That is a place where movements like the indigenous land-back movement and the slavery reparations discussion might well and ought to dovetail.

Olúfẹ́mi O. Táíwò is an Assistant Professor of Philosophy at Georgetown University. He received his PhD from the University of California, Los Angeles. Much of his work surveys climate change and justice, moral philosophy, and the radical Black tradition. In 2022 he published his first two books, Reconsidering Reparations and Elite Capture: How the Powerful Took Over Identity Politics (And Everything Else). 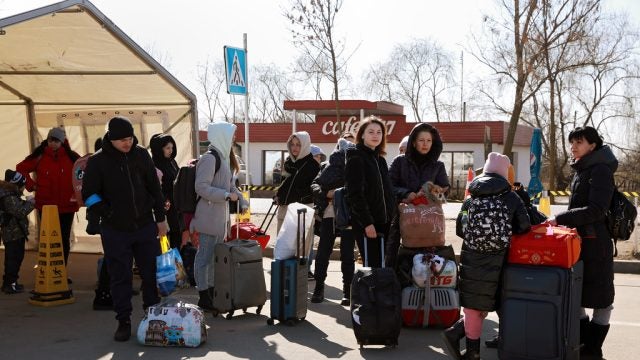 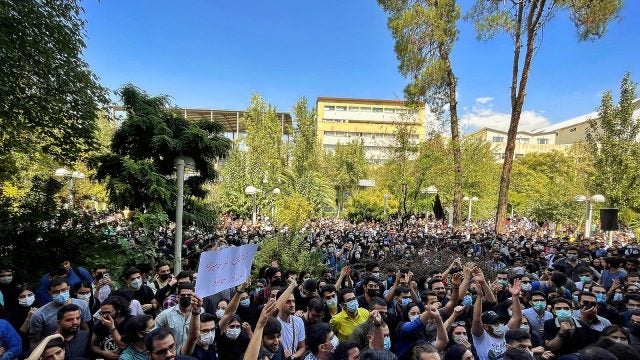