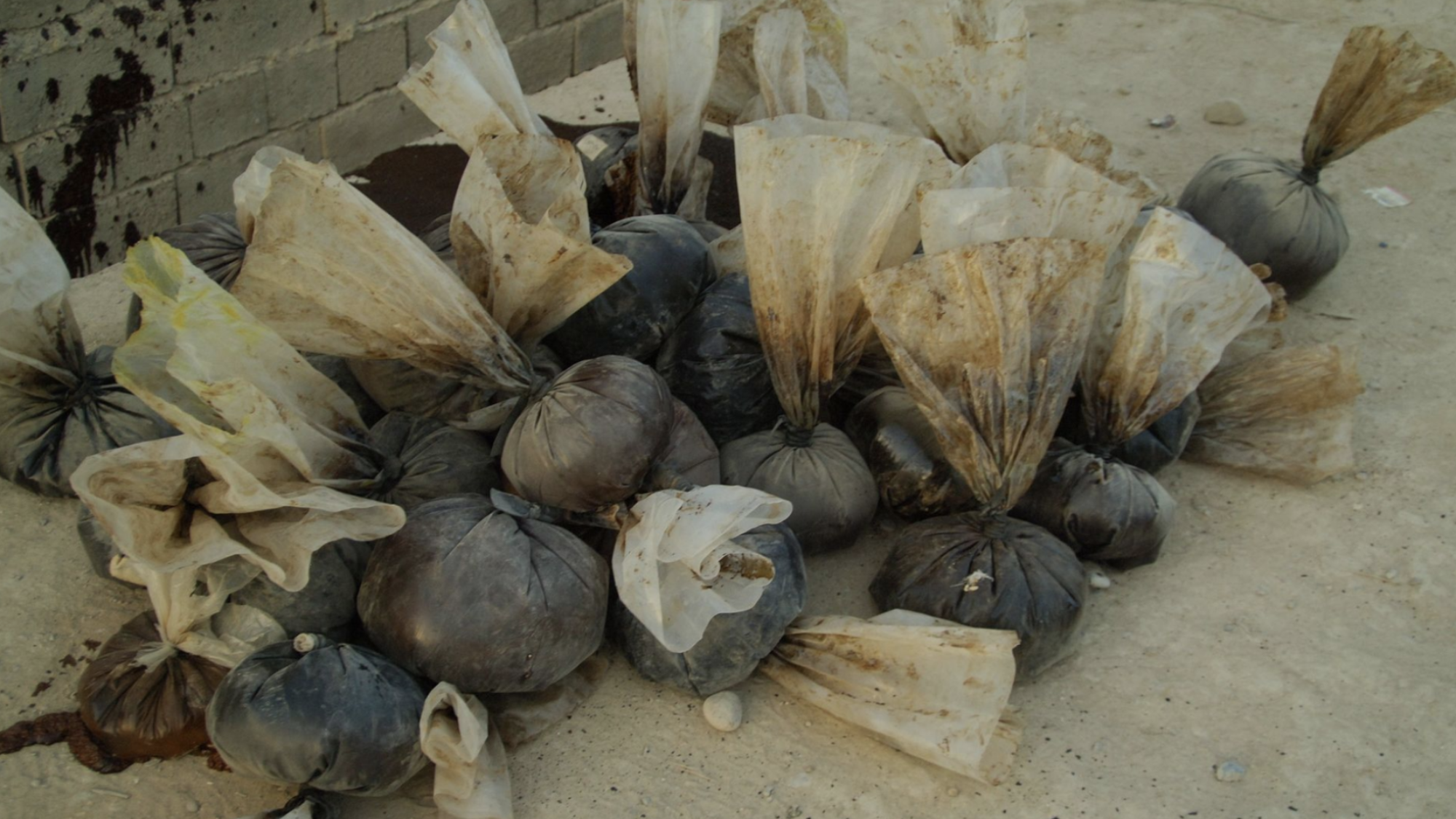 Title: Drug Trafficking in Tajikistan: A Very Deep but not Incurable Evil

For many years, Tajikistan has been gravely affected by drug trafficking. At least 15-20 tons of opium and between 75 and 80 metric tons of heroin are smuggled into the country each year from Afghanistan either for local consumption or for transfer to Russia and Europe. Despite an official Tajik government policy to fight illicit drug trafficking in cooperation with foreign governments and international organizations, trafficking continues to increase. The volume of drug transit through Tajikistan is now equivalent to 30 percent of the country’s GDP.

So far, the success of domestic Tajik policies and international assistance has been minimal. Trafficking is a product of numerous complex factors, including large-scale opium production in Afghanistan, a growing economic and social crisis in Tajikistan, and complicity within the Tajik administration. Faced with these realities, the international community must revise its anti-drug policy in Tajikistan and better calibrate it to domestic Tajik issues in two ways. First, it must attack illicit drug trade and distribution networks by reducing corruption and poverty; second, it must reduce drug use through prevention and treatment programs.

In the fifteen years since NATO forces committed to combating drug production in Afghanistan, drug production in the country has increased. This has had a significant impact on Tajikistan, one of the main export routes. It is estimated that at least 20 percent of Afghan drugs move through the country. Traffickers increasingly exploit the Central Asian route through Tajikistan to reach Russia and China, where drug use has been steadily increasing in recent years. Moreover, the creation of the Eurasian Economic Union (EEU) in 2014 has opened up the region by loosening the borders between its member states and made it easier for drug traffickers to reach Europe once they make it past the porous, 810-mile-long Afghan-Tajik border and through Tajikistan. Should Tajikistan join the EEU, which has no border controls among its member states — comprised of Russia, Belarus, Armenia, Kazakhstan, and Kyrgyzstan — traffickers will have an even easier time moving drugs through the country.

Since the 1990s, the international community has consistently invested in the fight against drug trafficking into and through Tajikistan. China and Russia have engaged in bilateral and multilateral cooperation under the Shanghai Cooperation Organization and the Collective Security Treaty Organization. The United States has spent nearly $200 million since 2001 on security assistance for Tajikistan, focused on training and equipping special military and police units. The EU-funded Border Management for Central Asia program, the Organization for Security and Co-operation in Europe’s Border Management Staff College, and the UN International Organization for Migration border projects together spent $83 million between 2005 and 2013 in this effort. Many individual donor nations also continue to invest in border facilities, outposts, and equipment.

Responsibility for the increase in drug trafficking has often been assigned to Afghanistan, Islamist groups such as the Taliban, and local and regional Islamist networks, including the Islamic Movement of Uzbekistan. This narrative, favored by Tajik authorities, makes it easier for them to raise anti-trafficking funding by emphasizing the links to terrorism. However, other factors also contribute to the problem. While the growth of production in Afghanistan continues to feed drug trafficking in Tajikistan, the trafficking increase also stems from the internal political, economic and social context in Tajikistan.

Drug trafficking has developed in Tajikistan partly through the efforts of small traffickers, for whom it provides a means of daily survival. For the past several years, Tajikistan has also been experiencing a serious social crisis caused by dwindling economic resources, government resistance to reform, corruption and misappropriation of revenues. More recently, this difficult economic situation has been compounded by the economic crisis in Russia, a country which has been a major destination for at least 1.15 million Tajik migrant workers. Their remittances, making up approximately 49 percent of Tajikistan’s GDP, have declined considerably in the last three years. Arrest statistics in Tajikistan show an increasing number of individuals who have been willing to transport drugs to meet their basic needs.

However, most of the drug trafficking is organized by criminal groups. These are usually run by local drug barons and are often indirectly supported by parts of the local population. These groups step in where the government has failed, providing social welfare in poor regions of the country. Furthermore, some government officials allow local drug barons or local administrative officials – who are sometimes one and the same – to develop illicit drug rings that permit them to get rich in exchange for political allegiance and assistance in maintaining social stability.

Official involvement is one of the main difficulties international organizations face in fighting drug trafficking in Tajikistan. On-site research shows that some law enforcement officials oversee trafficking, provide traffickers with drugs seized during arrests, protect allied dealers and arrest their competitors. This system exists quite openly, with dealers operating in full view of state structures.

The presidential family and its close circles are believed to be among the main beneficiaries of these activities. President Emomali Rahmon has steadily consolidated his financial base by placing family members in key government positions. In particular, his eldest son Rustam has held several official positions, including head of the customs service, and is suspected of taking bribes to allow cross-border traffic.

Beyond the President’s official speeches at international summits or meetings, Tajik authorities have shown little initiative in implementing the many programs proposed by international organizations, as they may reduce the profits that some officials derive from trafficking. The complicity of these local officials explains in part why less than 5 percent of the drugs passing through Tajikistan are seized by law enforcement, and why few major traffickers are arrested. On the rare occasions when large-scale trafficking is uncovered, it typically settles a score amongst elite commercial and political rivals.

The main targets of the security services are small traffickers, whose arrests allow authorities to inflate the statistics of seizures they provide to international organizations, and to exculpate themselves from their complicity. In this way, the international community sometimes helps corrupt officials eliminate their drug-trafficking competition. There is no easy solution to the problem of drug trafficking in Tajikistan. First and foremost, as long there is no real willingness on the part of state structures to fight drug trafficking, border security and training initiatives will not have a serious impact. Moreover, the international community’s commitment to Tajikistan cannot be truly effective unless it places greater emphasis on concrete implementation of programs, as opposed to allowing their use as public relations rhetoric by political authorities.

Secondly, international and regional cooperation has erroneously focused on upstream security and border issues, and neglected downstream development and health factors. Meanwhile, domestic drug use has increased steadily over the past decade in Tajikistan; it is estimated that between 20,000 and 30,000 people inject drugs. Treatment centers are poorly equipped and oriented towards abstinence. Moreover, the tendency to criminalize drug addicts complicates the implementation of effective prevention strategies. International efforts to combat drug trafficking from Afghanistan could be more effective if they focused more on demand reduction, treatment and prevention campaigns.

Finally, serious social and governance problems in Tajikistan will continue to feed drug trafficking in a society that publicly criticizes, but practically accepts, corruption and trafficking. The impact of the international community will remain limited as long as state officials fighting this illicit trade receive low wages, which are often less than $150 per month. In Tajikistan, wealthy traffickers have become objects of admiration for an increasing number of idle youth. Drug trafficking will not significantly decrease without socio-economic development and poverty reduction. Such a long-term perspective calls for strong commitment from the international community, matched by local political authorities determined to end corruption, nepotism and cronyism.

Sebastien Peyrouse, PhD, is a research professor at the Central Asia Program in the Institute for European, Russian and Eurasian Studies (George Washington University) and a senior fellow at the East West Institute. His main areas of expertise are political systems in Central Asia, economic and social issues, Islam and religious minorities, and Central Asia’s geopolitical positioning toward China, India and South Asia. Contact: speyrouse@gwu.edu