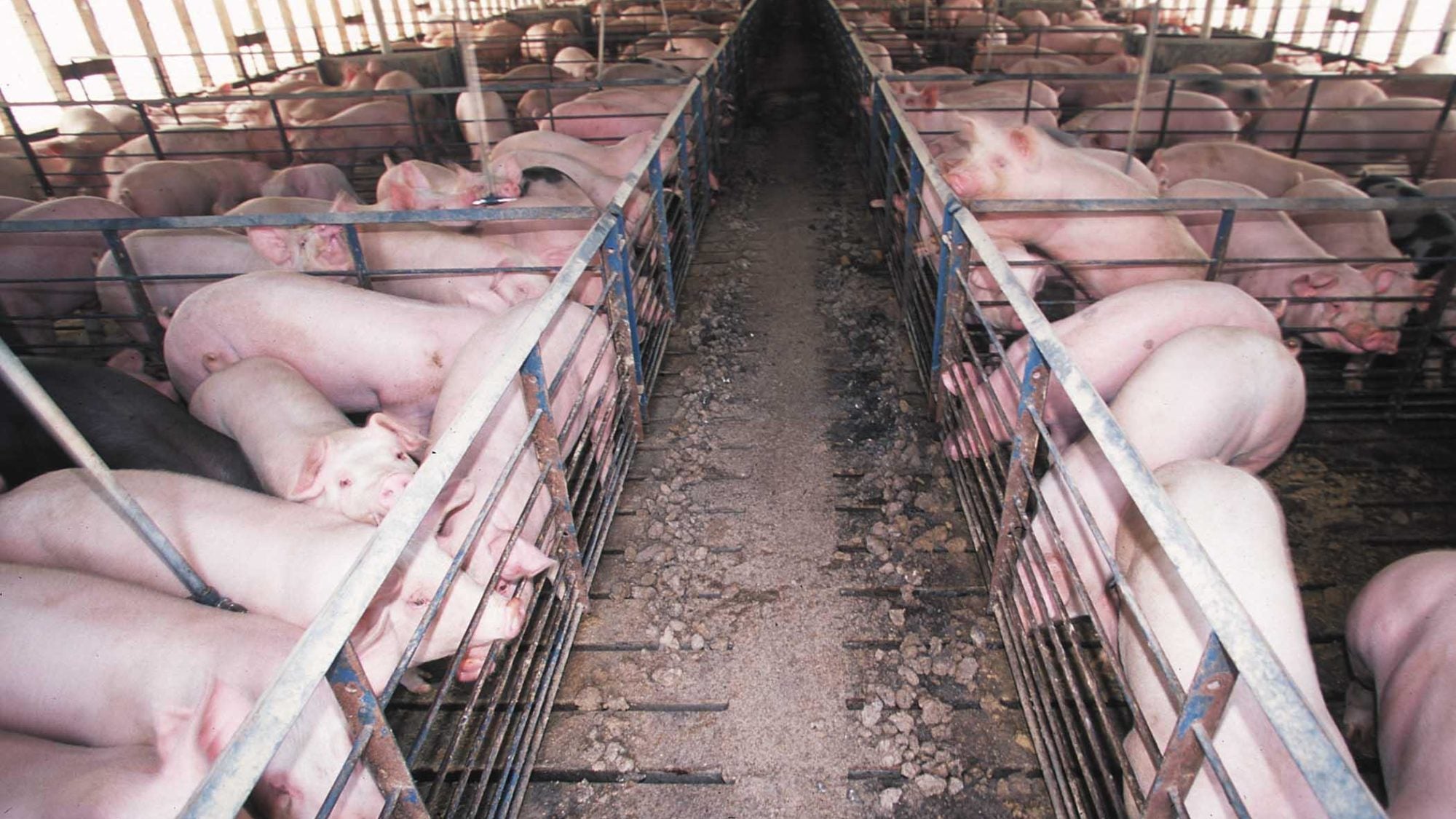 Title: Is “Clean Meat” the Solution to Industrial Animal Farming?

Public awareness of the harms of industrial animal farming skyrocketed between 2005 and 2010. Several major publications contributed to expanding common knowledge of the phenomenon, such as the United Nations’ Livestock’s Long Shadow (2006), Michael Pollan’s The Omnivore’s Dilemma (2006), and Jonathan Safran Foer’s Eating Animals (2009). Additionally, landmark events – such as the largest meat recall in U.S. history in 2008  and numerous undercover investigations around the world – exposed the atrocious cruelty, environmental devastation, and public health costs associated with industrial animal farming. Food advocates have since leveraged the public outrage prompted by such revelations to achieve respectable changes. Nevertheless, they have failed to realize their ultimate objective: a vegan world, involving an end to animal farming – or at least the end of factory farming. This is why advocates are now rallying around a potential silver bullet: “clean meat,” or meat that is not sourced from animals.  In order for the widespread production and consumption of clean meat to become viable in the future, both businesses and advocacy organizations must engage in a cooperative effort.

Shifts in animal farming and meat consumption within the United States and around the world illustrate both the successes and limitations associated with past food advocacy strategies. The number of vegetarians in the United States, as measured by self-reported consumption, has risen from around 1% in the 1990s to around 3-5% in the 2010s. Many, if not most, industry journalists and policy-makers are at least somewhat familiar with the harms of meat, dairy, and eggs. Moreover, numerous corporations have committed to cage-free policies, and activist-driven ballot measures have prompted a few U.S. states to do so as well. At the global level, the European Union has endorsed such policies. Even China, which is home to around half of the world’s farmed animals, has expressed interest in reducing meat consumption. In fact, China recently signed a $300 million “clean tech” trade deal with Israel, a country that that is on the cutting edge of clean meat production.

Other patterns are less promising. Over 99% of animals farmed in the United States are still raised on factory farms. The comparable global figure is likely over 90%. Though the total number of animals slaughtered in the United States per capita is decreasing, the global total is still increasing due to rising incomes and changing consumption patterns in countries like China and India.

Clean meat could provide an opportunity to reverse the latter trends. By enabling the production of clean, affordable meat without animal slaughter, food technology may offer a long-term solution to the cruelty and environmental costs associated with factory farming. The production of clean meat is a unique process in which agricultural workers take a small sample of cells from a living animal and culture these cells with the appropriate nutrients. This process remains identical to the one that occurs inside an animal’s body. The first of this meat is expected to be available by the end of 2018, though it will be expensive and very limited in supply.

A number of farmed animal advocates are concerned that this technology could prove a dangerous distraction from the real solutions to factory farming. What if advocates invest all their energy in the technology but it fails to become cost-competitive with conventional meat? If the public believes that technological innovation and market forces will cause the problems associated with factory farming to eventually disappear without the need for deliberate changes in consumption patterns, this could dissipate the momentum of the farmed animal movement.

Moreover, a focus on food technology may make advocates too reliant on big businesses, whose profit motives pose significant risks for the morally motivated. This could prove quite dangerous if big food companies decide to acquire the startups currently working on clean meat – such as Memphis Meats and Finless Foods – and cement the products as luxury foods to prevent them from disrupting conventional production. Even worse, the same big businesses could dissolve these startups, such as buying them and shutting down their innovative research, and thereby cripple technological progress.

Despite these concerns about clean meat, the positive impact of advocates’ contributions to impactful companies would be significant. The possible leverage is staggering: nonprofit organizations focused on farmed animal advocacy together spent around $20 million in 2015.  By comparison, looking at the twentieth largest meat company in the United States, AdvancePierre Foods, and estimating its advertising budget using the 2015 industry average of 1.3% of sales, the company spent roughly $21 million. The establishment of just one animal-free food company of this magnitude would result in an unprecedented increase in the movement’s social and political capital.

Fortunately, the coordination of businesses and nonprofits can lead to a best-of-both-worlds outcome. Take, for example, the work of The Good Food Institute (GFI), a 501(c)3 nonprofit founded in 2016. The organization coordinates and supports entrepreneurs, scientists, and businesses working on plant-based and clean meat, dairy, and eggs. Thus, it has the capacity to combine the ruthless efficiency and financial resources of for-profit businesses with the big-picture, long-term goals of nonprofit activists. This has already been quite successful. In its first two years of operation, GFI has accrued positive coverage of animal-free food in dozens of the world’s largest media outlets and has provided direct support to more than 100 start-ups. The organization plans to host the first animal-free food technology conference in September 2018.

The example of GFI demonstrates that the financial resources of business and the advocacy of nonprofits are both crucial for the success of clean meat. The involvement of businesses is necessary because the public lacks sufficient moral motivation to swap out steak and chicken breasts for beans and rice; animal products are simply too ingrained in tastes and food culture. Advocacy by nonprofits is needed to ensure that there is a moral and culinary interest in making the switch. This moral interest is especially important in light of the potential for consumers to dismiss clean meat as unnatural or distasteful, particularly if they see it as a profit-driven frankenfood in line with the popular perception of GMOs.

Even after the importance of both businesses and nonprofits is recognized, an important question remains: Which strategy should advocates prioritize? If, for example, a college student is interested in both ways of improving the food system – through for-profit and nonprofit work – which one should they pursue?

Projects like GFI, which lie at the intersection of activism and food technology, appear to be the most promising option in these situations. Talented, ambitious applicants tend to neglect nonprofit work, since for-profit work provides greater opportunities for personal gain. This means that there exists a comparative need for hires at nonprofit organizations. Additionally, GFI works to leverage the power of for-profit organizations, incubating new companies and bringing in new investment from colossal venture capital firms.

In the first three months of 2018 alone, Tyson Foods, one of the world’s largest meat companies, invested in Memphis Meats, one of several clean meat startups. During the same period, Greenpeace, the world’s largest environmental NGO, launched a new campaign to cut meat and dairy consumption by 50% by 2050. Although clean meat appears to be on track to replace conventional meat, its long-term success will likely depend on a strong moral movement that will support it through the numerous policy, commercial, and social hurdles it is bound to face.

Jacy Reese is the author of the forthcoming book, The End of Animal Farming: How Scientists, Entrepreneurs, and Activists Are Building an Animal-Free Food System (November 2018). He is the Research Director of Sentience Institute, an effective altruism think tank researching how to expand humanity’s moral circle.