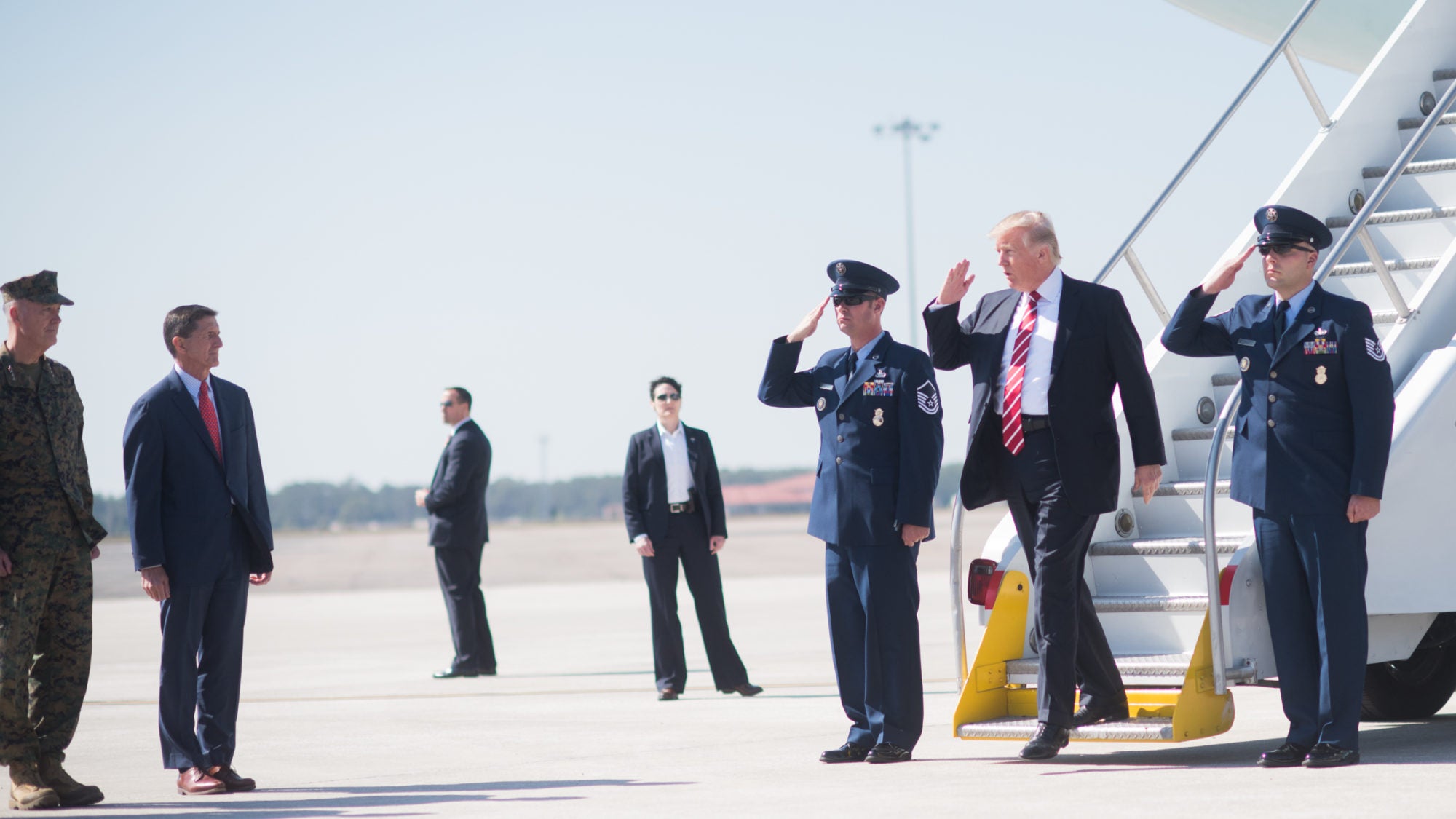 Title: Ned Price on the Future of U.S. National Security

On November 6th, 2018, Dialogues sat down with Ned Price, the Director of Policy and Communications at National Security Action, to discuss evolving U.S. security challenges. Having extensive experience in national security and intelligence, Mr. Price offered insights into how national security has changed since the beginning of the twenty-first century, and the implications of current political trends on the future of American security interests.

GJIA: What changes in the organizational structure or mission of the Central Intelligence Agency (CIA) did you experience during your time there?

NP: I joined the agency in the aftermath of 9/11. The 9/11 attack was in some ways enabled by structural flaws within our intelligence and law enforcement communities. In the months and years after 9/11, there was tremendous emphasis on breaking down some of those stovepipes and improving the culture of cooperation, not only across the agency, but also across the entire intelligence community. In the years since, there has been a concerted effort to build a model that values collaboration between analysts and operations officers, and also between the agency and our partners in the federal government, including the Federal Bureau of Investigation (FBI), the National Security Agency (NSA), and the Department of Homeland Security (DHS). There are, of course, valid and important firewalls pertaining to the civil liberties of the American people when it comes to intelligence information; that is something that the Obama administration took a very critical and constructive look at. Within the past few years, we have arrived at a model that curbs some of the 9/11 excesses and protects civil liberties, while also effectively protecting the American people. Results from the past fifteen years speak to that success; having worked both at CIA and the White House, I can say that the number of plots and terrorist attacks that were thwarted chiefly because of U.S. intelligence is staggering. Another valuable lesson from 9/11 is that it’s not only about us sharing with our allies and them sharing with us, but when it comes to our European partners, for example, there is also a crucial need for them to share with each other. Since 9/11, we have seen attacks that have been planned and orchestrated in one European country but took place in another. The concern is that there could be another terrorist attack that is planned not in Pakistan, not in Afghanistan, not in Syria, but rather somewhere in Europe, and then – with visa-waiver travel – operatives either conduct that attack on aviation targets en route to the United States or travel here to carry out their attack.

What kind of implications does climate change pose for U.S. national security and the security of our allies? Specifically, how does withdrawing from the global agreement on this front and maintaining a heavy dependence on fossil fuels implicate the United States’ security in the future?

Looking at our military instillations around the globe, from Hawaii to areas across the South Pacific, you find that they are located in areas that face some of the most tremendous impacts of climate change. Climate change will have immense implications for our force posture around the globe and for a host of geopolitical tinder boxes, such as with the issue of water scarcity in the Israeli-Palestinian conflict. The decision to withdraw from the Paris Agreement was predicated not on a sound foreign policy or national security doctrine, but rather on domestic politics. When General Mattis once came before Congress and spoke about the “tether of fuel,” he was referring to the distorting effect that foreign oil has on our foreign policy. We have seen that come into focus in recent weeks regarding the growing tensions with Saudi Arabia. Even though the United States has become a net exporter of oil in recent years, we are still far too reliant on foreign oil. Even beyond that, there is a perception in some policy circles that we have to maintain the status quo when it comes to our relationships in the Gulf. I do not think that is necessary. We have to interject our values into those relationships in a way that we have yet to do effectively. With regards to Saudi Arabia, we have the perfect opportunity right now to do just that – to withdraw our support for the devastating war in Yemen, and to make clear that our Iran policy is not dictated by Gulf countries. The decision to withdraw from the Iran Deal has made us more dependent on Saudi oil; it also means potentially risking the most stringent verification monitoring regime ever peacefully negotiated. A lot of what the current administration is trying do to is counterproductive to our interests overseas.

Based on your work in the CIA and with the National Security Council, do you perceive the United States to be in a modern-day arms race with artificial intelligence (AI) capabilities? What possible security concerns does that present to the U.S.?

I would put this topic in the category of security priorities that this administration has not pursued to ensure that America remains at the forefront of science, technology, and innovation. Looking at AI, 5G (fifth generation) technology, and the cyber realm more broadly, you see a whole host of up-and-comers, and because the race within this arena is so tight, it does not take much for a country like China to gain a technological edge. There is also a real first mover advantage in areas like AI and 5G: the first country to develop, operationalize, and hawk its wares will potentially have an advantage for decades to come in the same way the United States did when it was the first to master the initial iterations of cellular technology. We have been outpaced in key areas by China, and not only do we need a real reinvestment within our own STEM programs, but we also must recognize that the ingenuity, creativity, and drive of the American people will always be our most important strength. We have to harness that same innovation and creativity from brilliant minds who want to immigrate here and work on these technologies. All these issues are tied together in such a way that has made the Trump administration’s policies especially pernicious; not only are they suppressing our own organic talents, but they are also shutting the door to those who come here and can be real force multipliers. If we continue down the current path, countries like China are going to leapfrog us. They are going to be generations ahead when it comes to some of these technologies that, like the Internet and cellular technology, will be the drivers of the future of national security.

How do actions such as pulling out of the Iran Deal and cancelling the Intermediate-Range Nuclear Forces (INF) missile treaty hinder America’s ability to secure its interests in the future?

If we cannot be credible with our allies, we certainly cannot be credible with our adversaries. If we go down the line – Paris, Iran, TPP, INF, the Human Rights Council – there have been a number of signals to both our allies and our adversaries that the United States cannot be trusted. The international system that we built in the post-World War II era is predicated on the idea of American stability and America’s word to our allies that we will be there through thick and thin. People often talk about the costs of those commitments, but the costs are scant compared to what the alternative would be if there were no rules to the road or no one to enforce those rules. We would see aggression the likes of which we have not seen in the past decades, from countries like Russia, China, North Korea, and potentially others. The costs of America abandoning not only our allies, but also our credibility more broadly, would be significant in a way that goes beyond NATO or our force posture in the Pacific. There is an opportunity in 2020, assuming that we change course, to repair a lot of that backsliding and to portray the past four years as a fluke of history.

Prior to working as the Director of Policy and Communications at National Security Action, Edward (Ned) Price was a Special Assistant to President Obama on the National Security Council, as well as the Spokesperson and Senior Director for Strategic Communications for Council. Mr. Price also held the position of spokesperson and senior analyst at the Central Intelligence Agency (CIA). Before joining the CIA, Mr. Price was an Associate at The Cohen Group where he worked under former Secretary of Defense William S. Cohen on a multitude of public policy, non-profit, and business initiatives. Mr. Price graduated summa cum laude from Georgetown University’s School of Foreign Service and holds a master’s degree from the Kennedy School of Government at Harvard University, where he was a Public Service Fellow. Mr. Price was also a lecturer at the Elliot School of International Affairs at George Washington University, and currently teaches at the School of Foreign Service at Georgetown University.