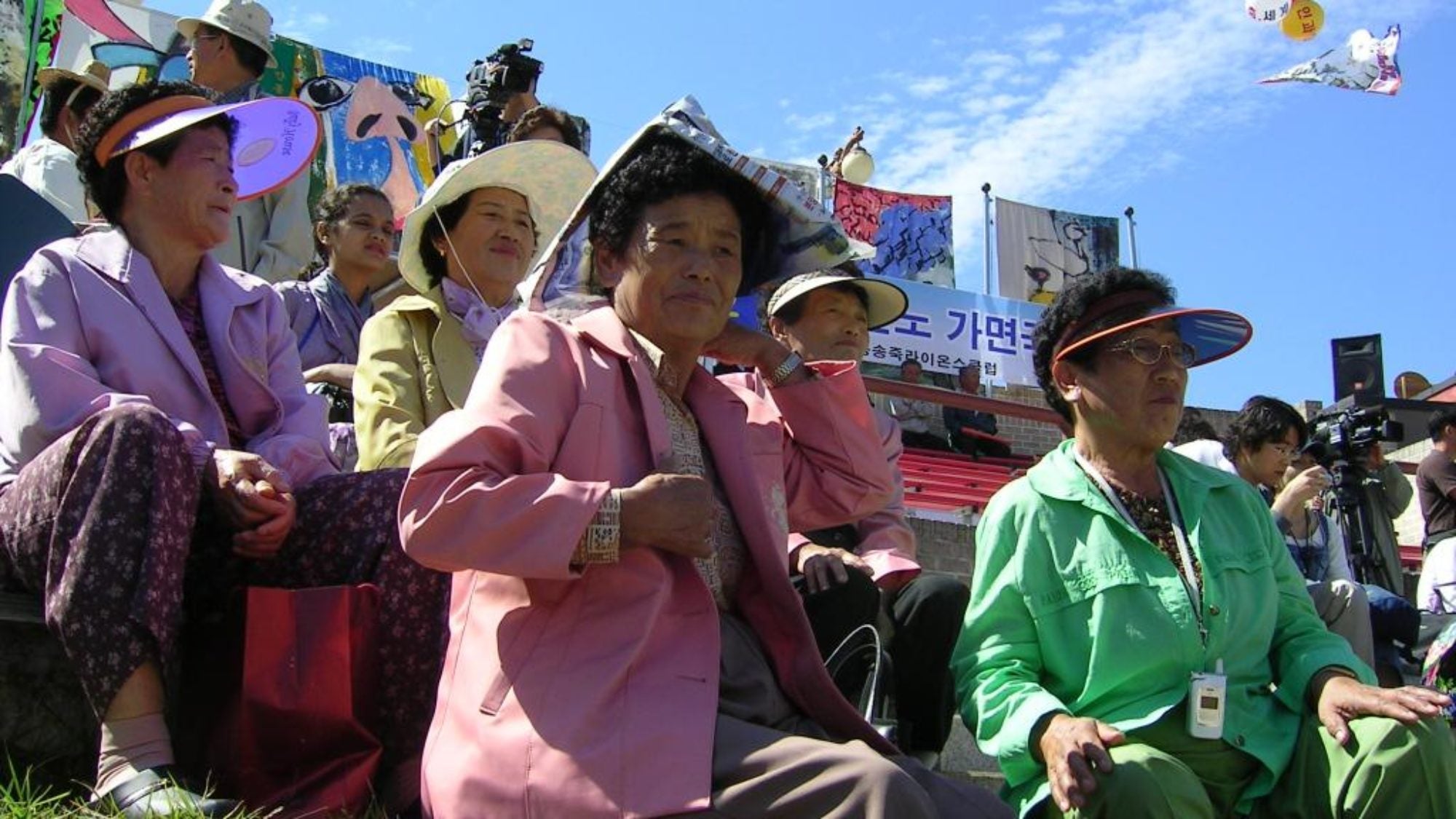 South Korea faces the problem of double demographics – an aging population and low fertility rates – which will decrease its economic growth potential. The share of the above- 65 population in the working-age population soared from 5.7 percent in 1970 to 18 percent in 2016 and may increase further. This trend reflects an increase in the elderly population and a decrease in the working-age population. In South Korea, however, the latter is more significant. Ranked by the under-15 population growth rate, Korea was the third-slowest OECD country in 2013, while it was ranked second-highest in 1970. According to fertility rates, Korea was third-highest among OECD countries in 1970, but descended to last in the 2015 ranking. These statistics demonstrate an urgent and essential issue for South Korean demographics, inducing the country’s current labor shortage and the heavy tax burden on working people – and slow economic growth as a result.

After the Korean War in the 1950s, South Korea’s fertility rate increased throughout the 1960s, leading to a housing shortage and high unemployment. The South Korean government counteracted this by introducing a series of population control measures that led to a decrease in the fertility rate, such as public service announcements and favorable tax and welfare treatment. Consequently, the rate stabilized in the mid-1980s. The government officially abolished the population control policy in 1986 when the birth rate was at 1.58 children born per woman between the ages of 15 and 49. Subsequently, fertility rates decreased slightly but consistently, reaching 1.17 in 2002. In an effort to reverse this trend, the government introduced policies to encourage childbirth in 2004 and is still implementing these policies as the birth rate has remained persistently below 1.3.

The main reason for low fertility in South Korea is an upswing in women’s participation in the labor market and higher female education levels. Investment in education increases women’s independence as well as their returns to experience in the labor market, leading women to work more to take advantage of returns to experience (so that women with longer careers experience higher wage growth). The increase in women’s level of education and participation in economic activities, which raises the opportunity cost of giving birth, is directly linked to the decrease in fertility rates.

However, many European countries that recorded increases in women’s participation in economic activities and education a half-century ago retained their high fertility rates. Unlike South Korea, these countries experienced radical social changes. Although the increase in European women’s education levels and participation in economic activities led to them marrying later in life, it did not induce a sharp decline in fertility rates as it has in Korea.

While OECD and European countries generally report a significant share of births outside marriage, Korea reported that only 1.9 percent of births occurred outside marriage in 2014. Because out-of-wedlock births are considered culturally unacceptable in Korea, and because of the lack of policy on domestic partnership outside of marriage, marriage is – in practice – a precondition for having a child. Several other reasons explain why Koreans are hesitant to have kids. Few young couples can afford skyrocketing urban housing prices under unstable employment. Further, the high cost of childhood education and underdeveloped parenthood welfare systems both at the workplace and in society force married couples to reconsider having children.

Before examining the ways in which the government can address the extremely low fertility rate in Korea, we consider the justification for governmental intervention in family and private decisions. First, a decrease in fertility rates and an aging population has led to a shrinking labor supply. Second, according to the life cycle hypothesis, because older people present negative savings, an increase in the elderly population leads to a decrease in saving rates, investments, and capital accumulation. Any decrease in production factors and innovation potential weakens economic growth. Lastly, career discontinuity for mothers after giving birth leads to the underutilization of human capital. To address the current population problems and encourage economic growth, the government must act swiftly.

Until now, the government has primarily implemented policies that try to directly control fertility. However, since families make decisions concerning fertility, the aim of the government’s approach to the existing low fertility rates should not be to increase fertility rates directly and should instead focus on supporting stable environments for fertility. This is especially important in Korea where people often consider having children only after marriage. To this end, a stable family environment and safety nets for marriage are essential. Due to slow cultural changes, in the short term the Korean government has to solve problems related to both marriage and fertility simultaneously. On average across OECD countries, the share of family benefits public spending is 2.14 percent of GDP, while the Korean government spent only 1.13 percent of its GDP on family benefits in 2013, ranking the fourth lowest among the thirty-five OECD countries.

Although Korea still has a long way to go to increase its fertility rate, the government can take steps toward remedying the problem by facilitating conducive conditions for young couples to start families. To overcome its demographic problems, the Korean government should introduce family policies and cultivate an optimal environment in which marriage and fertility are easily attainable. The Korean government has spent significant resources encouraging fertility by paying limited childbirth grants, but the fundamental conditions for fertility have not yet changed. Providing housing for young couples, reducing the gender wage gap, preventing unfair dismissal and discrimination in promotion for women after birth, vitalizing flexible working hours for parents, and increasing public childcare facilities may stabilize the family environment for marriage and yield higher fertility rates. Ultimately, the policy giving the same welfare benefits to cohabiting, but unmarried, couples is needed.

Ostner, I. and C. Schmitt (2008), Family Policies in the Context of Family Change: The Nordic Countries in Comparative Perspective, Wiesbaden: VS Verlag.

Haeyeon Yoon received his Ph.D. in the Department of Economics at Sogang University.