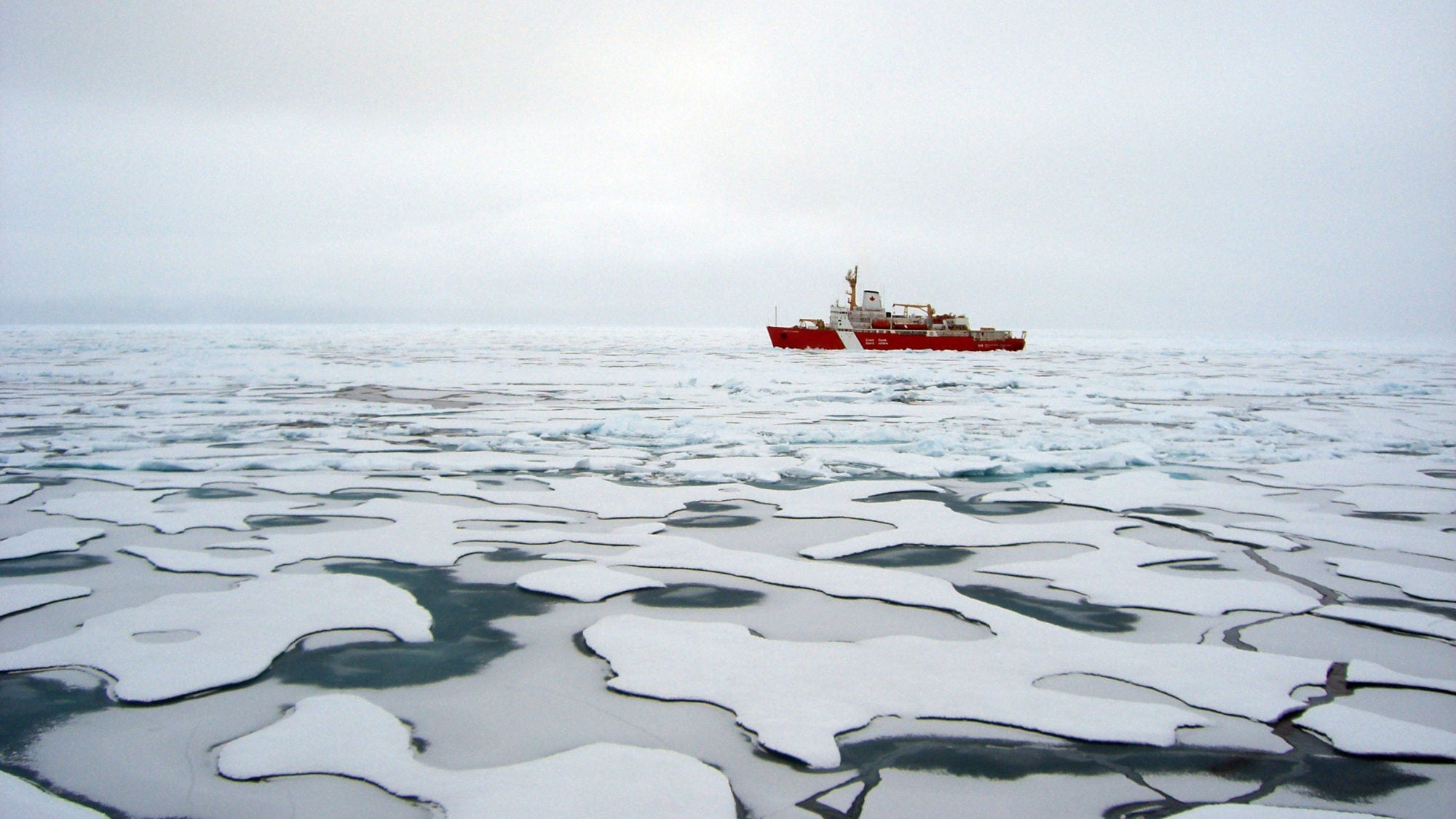 Title: China and the “Near-Arctic:” An Opportunity Lost Over 150 Years Ago

With Greenland making front page news, the world’s attention is turned to the Arctic. And yet, this region has been the focus of increasingly consequential geopolitical competition for centuries, whether for furs, whales, fish stocks, gold, oil, strategic-military corridors, or (particularly as the ice has retreated) maritime trade routes. In recent years, China has articulated an invigorated vision of Arctic engagement as part of its Polar Silk Road strategy—a component of its broader Belt and Road Initiative (BRI). In its 2018 white paper on Arctic policy, China described itself as a “near-Arctic” state, a definition that has proven controversial and that, earlier this year, was publicly rejected by U.S. Secretary of State Pompeo at an Arctic Council (AC) ministerial: “Beijing claims to be a ‘Near-Arctic State,’ yet the shortest distance between China and the Arctic is 900 miles. There are only Arctic States and Non-Arctic States. No third category exists, and claiming otherwise entitles China to exactly nothing.” Such a visible diplomatic smackdown in a forum better known for its consensus governance and multilateral approach to Arctic issues generated headlines (and some indignation) worldwide. But Pompeo is right—China cannot reasonably be considered a “near-Arctic” state, owing to its lack of geographical, climatic, and cultural attributes of the Arctic. What kind of seat at which tables a state receives is determined, to a significant degree, by its claims to have a say in the region (combined with its capacity to persuade other states of the merits of its claims), so Beijing’s assertion of near-Arctic statehood weighs on the balance of power and diplomacy in the Arctic region.

Before China’s near-Arctic assertion, the term “near-Arctic” was little-known and seldom used. There have been, however, related terms and concepts that conveyed a relative “Arctic-ness” and have mattered greatly for Arctic diplomacy. That relative hierarchy of “Arctic-ness” aligns with geography, climate, and culture. The distinction between littoral Arctic states and non-littoral Arctic states was a line of tension within the AC a decade ago, when the former (dubbed the Arctic 5, or A5) held a summit in Ilulissat, Greenland, to the exclusion of the latter (which, together with the A5, formed the more inclusive Arctic 8, or A8). Left out of the A5 was Iceland, which in fact has some territory above the Arctic Circle, in addition to Sweden and Finland, territorial Arctic states that lack coastal access to the Arctic Ocean. In addition to the littoral and non-littoral distinction, “Arctic” and “sub-Arctic” have been defined at various points by the cartographical boundary of the Arctic Circle (66°, 33’), the geographical and climatological boundary of the tree line separating tundra from taiga, and the ethno-historical boundary between the Inuit homeland (Inuit Nunangat) and that of the northernmost Athabaskan tribes (Denendeh). Since 2013, the AC has admitted numerous observer states that can participate in working groups and diplomatic interactions but lack the decision-making powers of full membership. This differentiation of AC membership categories reinforces the distinction between Arctic and non-Arctic states.

China’s claim of near-Arctic statehood introduces a new category to this already granular Arctic taxonomy. And while the category itself is compelling, a look at the map tosses cold water on Beijing’s claim of membership in that category. Beijing, already located in the country’s north, lies 3,468 miles from the North Pole, but only 2,747 miles from the Equator. This would suggest that China is more accurately a near-Equatorial state than a near-Arctic one. Ironically, China could well have been not only a near-Arctic state, but Asia’s pre-eminent near-Arctic power, had it retained sovereign control of the far northeastern corner of the Qing Empire. The region came under Manchu dominion by the seventeenth century and was recognized as such by the empire’s regional rival, Russia, in the 1689 Treaty of Nerchinsk, which set the Manchurian border reaching as far north as 56°. But in the mid-nineteenth century, the Russian Empire expanded into outer Manchuria, and the Qing dynasty formally conceded those territorial gains and settled on today’s Russo-Chinese border that wraps around Manchuria in the 1858 Treaty of Aigun and the 1860 Treaty of Peking.

Had it not recognized Russia’s imperial expansion into outer Manchuria and, instead, contested Russia’s imposition of sovereignty over these lands, China would be a near-Arctic state today. Even a vocal assertion of contested sovereign dominion over these lands would strengthen the legitimacy to China’s near-Arctic aspirations, much the way it has done in the South China Sea. But even as it steadily fortifies these contested islands to its southeast, Beijing remains silent on its long-surrendered northeastern lands, leaving Russia the undisputed sovereign of Eurasia’s far northeast.

Meanwhile, during the 1860s, other Pacific powers were expanding northward. Just a few years after China retreated from outer Manchuria, Japan absorbed the northern island of Hokkaido in 1868 to deter further Russian expansion toward Japan and, later, to crush the last northern stronghold of rebellious Tokugawa loyalists. Across the North Pacific, the United States purchased Alaska from the Russians in 1867, and the newly-confederated state of Canada agreed to the purchase of Rupert’s Land from the Hudson’s Bay Company in 1869. The sovereign boundaries of much of today’s Arctic were thus established in a very brief period of northward state expansion. But because of China’s southward retreat during this same period, it remains, as Secretary Pompeo has pointed out, neither an Arctic nor near-Arctic state.

While Secretary Pompeo is correct to point out that China is not a near-Arctic state, I still find much merit in this term to describe northern polities that are proximate to, or which directly abut, the Arctic and which share common characteristics of “Arctic-ness.” Iceland, for instance, intersects the Arctic Circle at Grímsey Island, even if the vast bulk of its territory otherwise lies to its south, and its exclusive economic zone extends well beyond the Arctic Circle to as far north as 69° 35′ N, thus comfortably illustrating a near-Arctic state. Indeed, with near universality (with a possible exception being the 2008 Ilulissat Summit, when its general “Arctic-ness” was not in dispute but its non-adjacency to the Arctic basin became a point of contention), Iceland is now considered a fully Arctic state. By virtue of Iceland’s northern geography (and significant glaciation), millennium-long sovereign existence (including a full century of independence since Danish colonization), coastal fishing and marine resource culture, and possession of small islands intersecting (and a large sector of territorial seas to the north of) the Arctic Circle, the world community accepts Iceland as a recognized Arctic state—so much so that it is a founding member of the AC and current holder of the body’s rotating chair. To its disappointment, Iceland was excluded from the 2008 Ilulissat Summit of the A5 states held in Greenland, reflecting a view held then that not all Arctic states were equal in their “Arctic-ness.” Iceland has worked diligently to correct this impression among its peers, and since 2013 has annually hosted its must-attend Arctic Circle assemblies, where even China, as part of its campaign for recognition as a near-Arctic state, hosted a swanky reception last year. While China’s near-Arctic aspiration may be little more than wishful thinking, geography, climate, and culture align to suggest Iceland is an archetypical near-Arctic state.

Another logical member of the near-Arctic club is Japan. Japan was even briefly an outright Arctic power when, at the zenith of its global empire in 1942, it held the outer Aleutians for over a year (though south of the Arctic Circle, the islands are included in many definitions of the Arctic region, including America’s). Hokkaido lies next to the Arctic-defining Northern Sea Route (NSR), and its features instill in Japan a northern-ness familiar to Arctic residents, including climatic features like winter sea ice and long, cold winters and cultural factors like the island’s Ainu culture, subsistence economy, and traditional homeland that extends to Sakhalin, Kamchatka, and the northern Kurils. That Russian president Vladimir Putin recently described the Ainu as an indigenous people to Russia further reinforces Hokkaido’s near-Arctic status in much the way that the presence of the Aleut culture reinforces the Aleutians’ “Arctic-ness” and the Inuit culture reinforces Canada’s “Arctic-ness.”

Thus, China’s claim to be a near-Arctic state is clearly less convincing than either Iceland’s or Japan’s. That does not mean China cannot participate in the Arctic region’s economic development, but it does mean that China has no more claim to govern and make decisions for the region than other countries of similar latitude, from Belarus to the United Kingdom. Pompeo did not dismiss China’s legitimate interest in the Arctic, nor its compelling ambition to engage with the Arctic diplomatically and economically. Indeed, transparent Chinese investment would always be welcome, he said, but not debt-trap diplomacy of the sort that has overwhelmed governments “ensnared by debt and corruption,” a fate Pompeo wants Arctic nations and vulnerable indigenous communities to be spared. Fortunately for America, Japan, like Iceland, remains a dedicated ally and long-time strategic partner, and both are bona fide near-Arctic states—a status that China lost more than a century and a half ago.