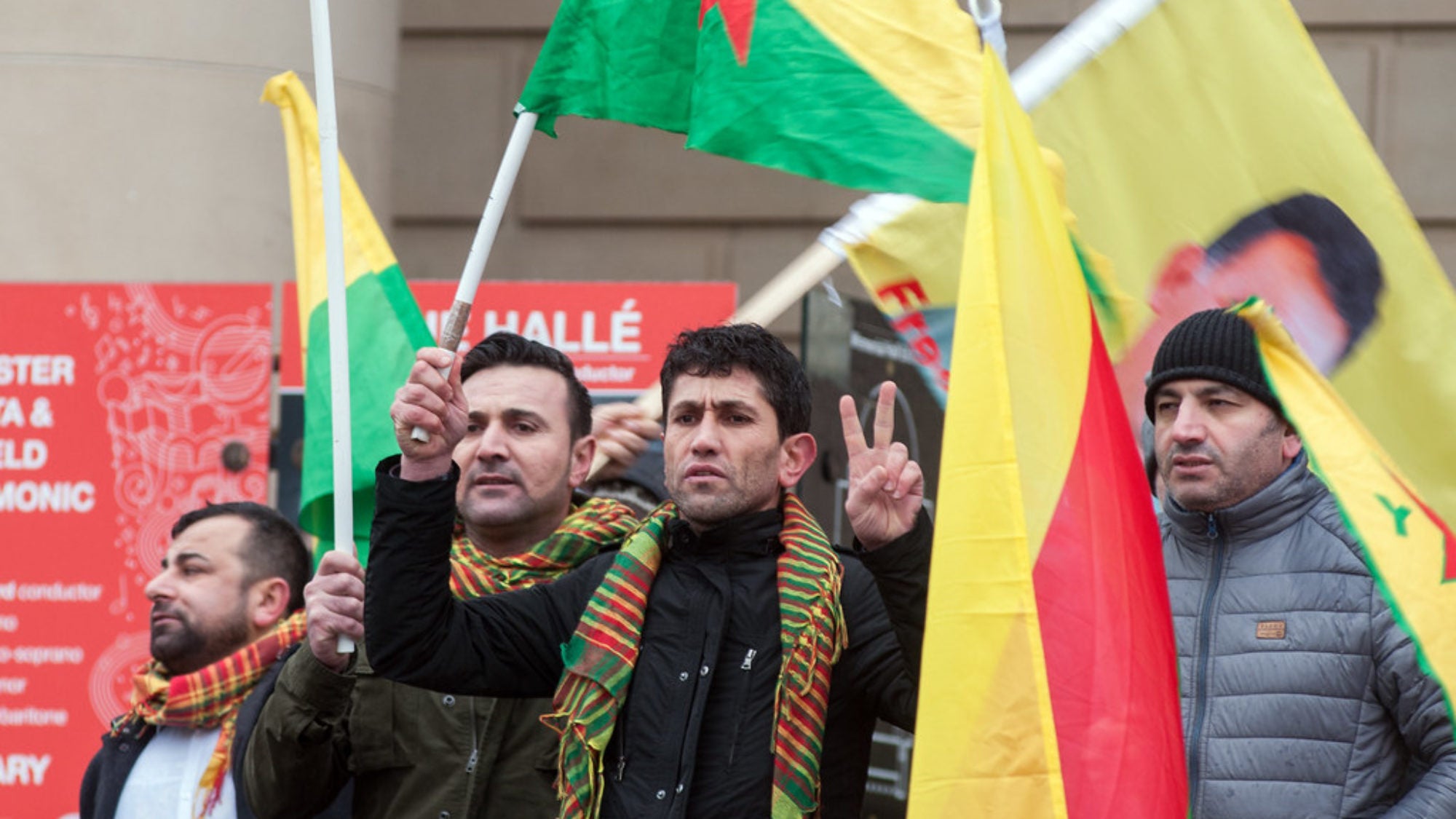 Title: Turkey, Erdogan, and the Kurds: War as a State-Building Strategy

The Syrian Democratic Forces (SDF) are an assembly of militias with Kurdish forces at the core. They are currently resisting Turkey’s widely condemned military assault on northern Syria. Although President Trump has tried to downplay its significance, the Turkish Minister of Foreign Affairs bluntly stated that “Turkey would take its fight anywhere it had to, whether it be ‘Afrin, Manbij, east of the Euphrates or even northern Iraq.’”

In terms of timing for the U.S. “betrayal” of its only effective ally in the fight against the Islamic State (IS), one may look to matters such as the ongoing impeachment proceedings and President Trump’s apparent tendency to fashion strategy spontaneously with other autocratically inclined leaders. These factors made Trump quite biddable by Erdogan, who himself is motivated by a recent electoral shock involving the loss of city municipalities, including Istanbul; decline and fragmentation in his support base; and the potential threat of a splinter party rumored to be in the making.

While Trump always advocated disengagement from Syria, Turkish mainstream opinion and political leadership have never accepted Kurdish self-rule of territory on its Syrian border, which Turkey treats as an existential threat and dismisses with the trope of “terrorism.” Thus, Turkey’s military intervention should hardly be surprising. Indeed, not only is the assault an upscaled version of last year’s intervention and occupation of Afrin—a pocket in the western part of northern Syria—but it also fits a wider pattern of Turkish military aggression. Looking back over the past four years, we see Turkey repeatedly waging war for a “strong” state construction and regional power development.

Incursions Now and Then

In 2015, Turkish forces in armored vehicles drove through the city of Kobanî, a small border town in Kurdish territory. This incursion occurred not in response to a US withdrawal, nor with the intent of cleansing Kurds along the border; rather, the objective of the Kobanî operation was to relocate the remains of Suleyman Shah, the purported grandfather of Osman I, founder of the Ottoman Empire in 1299. Importantly, however, the 2015 incursion was coordinated with the Kurdish forces there.

In Turkey, many welcomed this cooperation. A former director of the Turkish National Intelligence Organization, Millî İstihbarat Teşkilatı (MIT), saw an opportunity for the development of an inclusive democracy. Indeed, a variety of voices considered a rapprochement between Turkey and the self-administration in northern Syria, an important step for the development of democracy and equal citizenship in Turkey itself. Could the republic reinvent itself, come to terms with the Kurds, and become an inclusive society? Unfortunately not—or at least not yet.

Turkey’s anti-Kurdish politics had already manifested the year before, when IS besieged Kobanî. As IS fighters approached the Turkish border, Turkish forces actively supported them. People and supplies moved freely through Turkey into northern Syria while it was controlled by IS. After the Kurds defeated IS with U.S. support, however, Ankara commenced the construction of a 764-kilometer wall made of 3-meter-high concrete blocks to seal the border. Then, with IS in retreat, Turkey turned to various other Turkoman and jihadist militia active in Syria as its proxies, aiming to create a Turkish “safe-zone” in northern Syria. It was the failure to achieve this “safe zone” that eventually led to Turkey’s invasion and subsequent occupation of Afrin, followed by the present assault.

Looking more broadly, Turkey also made a military incursion into northern Iraq, where it established several military bases. And within its own state boundaries, it dramatically escalated conflict with the Kurds starting mid-2015, following the breakthrough electoral gains of the Kurdish Peoples’ Democratic Party, or Halkların Demokratik Partisi (HDP). When the HDP received more than 13 percent of the votes and gained 80 seats in parliament, Erdogan’s Justice and Development Party, or Adalet ve Kalkınma Partisi (AKP), lost its absolute majority. This political defeat blocked the road toward strengthening the executive through introduction of a presidential system—a means to reconstruct Turkey as a strong state controlled by one man, his coterie, and their party.

This intent to create an AKP-dominated strong state had been announced after the 2011 election, when Erdogan claimed the beginning of a new era of mastership—meaning his mastership. This came with an erosion of institutional checks and balances on the executive, a weakening of the distinction between state and party, and restrictions on civic freedoms. The protest and its repression at Gezi Park were the touchstone for this, but there have been several other and much bloodier events involving Kurds and Kurdish sympathizers. Essentially, Erdogan took a hard-nationalist turn to create a hegemony over the old nationalist parties and re-secure his electoral dominance.

Thus, although there had been a series of talks with Abdullah Ocalan, the jailed leader of the Kurdistan Workers Party, between 2006 and 2015, the political success of the Kurdish movement caused the AKP to revert to treating the Kurdish issue as a security issue. The Kurdish movement and all that could be associated with it was treated—once again—as an existential threat, enabling the AKP to confront political challenges by military means. The 2015 escalation of conflict involved blanket curfews imposed on several Kurdish cities, enforced by tens of thousands of security personnel from multiple agencies accompanied by shadowy special forces, such as the Eseddulah Timleri, or “Lions of Allah Teams.” They leveled whole neighborhoods and made mass political arrests in what was essentially a reign of state terror that continues today. It is in this ongoing context that the latest military operation was undertaken.

In short, the overall trajectory of Turkey over the past several years has been the centralization of power and development of a strong state. The AKP and its leader Erdogan have created a security discourse in which the Kurds have been “(re-)othered” as an existential threat, leading to a militarization of politics. Through war, Turkey is attempting to create its own version of a strong nation-state wielding regional power. How long this will last, whether Erdogan can keep power, and how it will play out in other respects—such as a re-emergence of IS—remains to be seen. If Turkey succeeds, it can dramatically alter the balance of power in the region and ensure that its future will be shaped through a Turkish lens. What is clear, however, is that Erdogan’s construction of this strong state as well as the building of his personal power both take place through war against the Kurds. This development of authoritarianism in Turkey, ethnic cleansing in northern Syria, and strengthening of jihadist forces will contribute to human tragedy, as well as the further destabilization of the Middle East.

Joost Jongerden is associate professor at the Social Sciences Department at Wageningen University and project professor at the Asian Platform for Global Sustainability & Transcultural Studies at Kyoto University, Japan. He has published extensively on Kurdish settlement and the struggle between Turkey and the Kurdish people.