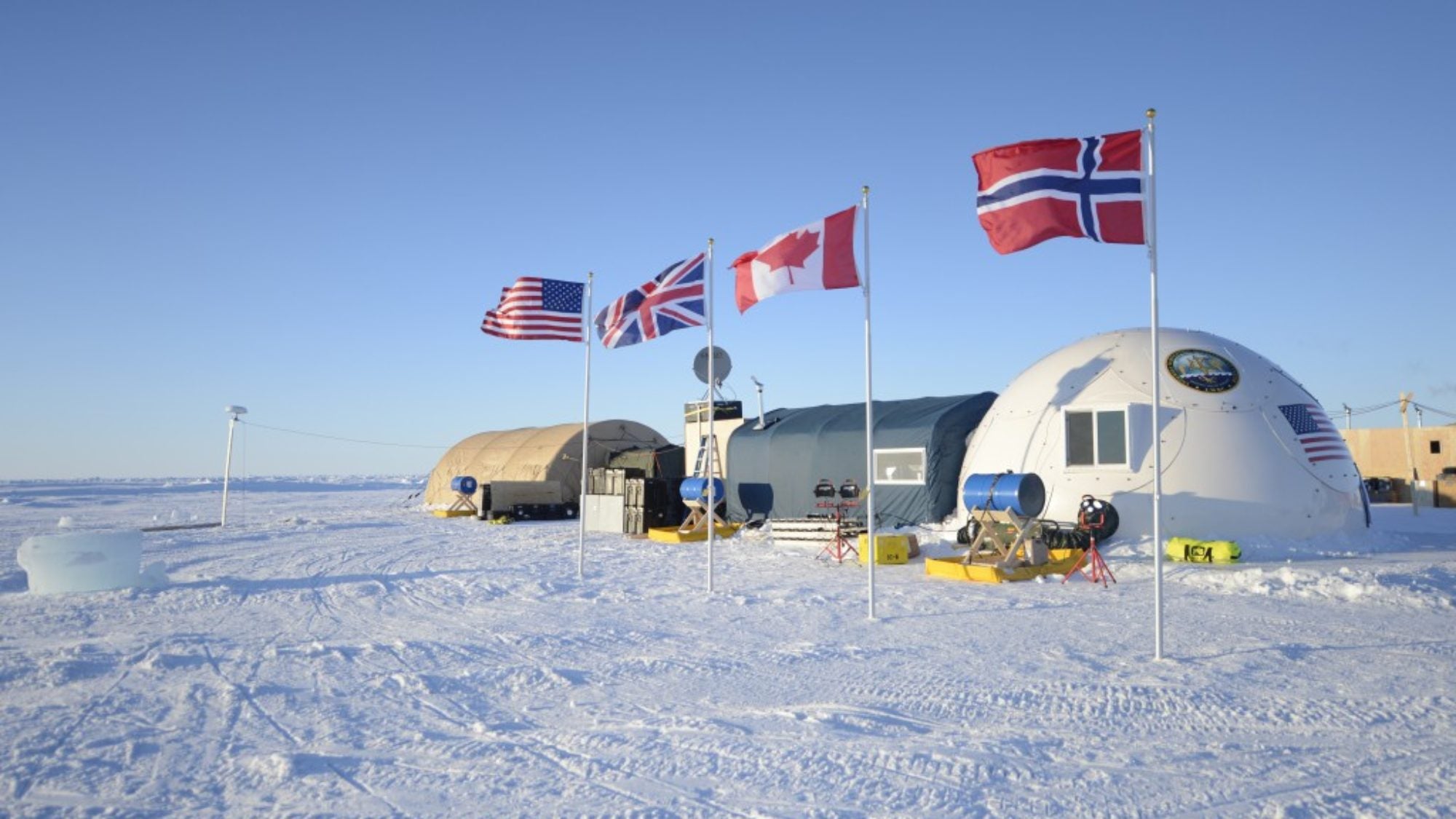 Title: The Different Levels of Geopolitics of the Arctic

Few areas have been the source of as much speculation, hype, and overgeneralization as the Arctic region at the start of the 21st century. Propelled to the top of the international agenda by high profile flag-plantings and resource appraisals a decade ago, the Arctic continues to lure researchers and journalists to venture northward to “the next great game.”

Fortunately, with more attention comes more comprehensive knowledge as well. Several scholars have now debunked the notion of “resource wars” in the North, due to the sheer size of the areas in question and the fact that the Arctic states already have legitimate ownership over most of these areas via the Law of the Sea regime. Moreover, the foreign ministries of the Arctic states have highlighted the cooperative traits of the region, promising that “in the Arctic, we work together” to solve problems.

Nevertheless, notions of Arctic conflict and great power politics over the North Pole keep emerging on the political and news agendas. If all is well in the High North, why is this the case?

A fundamental concept in international relations studies is the “level-of-analysis problem,” first formulated by J.D. Singer. In the case of the North, it is particularly useful to distinguish between two levels of analysis: the international (system) level and the regional (Arctic) level. Such an approach helps to tease out the dynamics present in the Arctic, explaining why the idea of conflict persists, and how it does not necessarily contradict the trend of regional cooperation and stability.

Separating the international, or system, level from the regional, or Arctic, level can help to clarify various misconceptions about the Arctic and the interests of the actors involved. During the Cold War, the Arctic held a prominent place in the political and military standoffs between the two superpowers. [1] It was a key area not because of interactions in the Arctic itself, but because of its strategic role in the systemic competition between the United States and the USSR. Recently, after a decline in geopolitical and geostrategic relevance in the 1990s—which enabled various regional cooperative schemes to be established in the Arctic—the strategic importance of the North has risen again.

Recalling the dynamics of the Cold War, the Arctic’s strategic relevance has evolved primarily because Russia is intent on re-establishing its military power, and the Arctic is one domain where it can do so relatively unobstructed. This is due in large part to Russia’s dominant position in the North, with its Northern Fleet based in the Kola Peninsula, which houses strategic submarines essential to the county’s status as a nuclear power on the world stage. It is not the melting of the sea ice that has spurred Russia’s military emphasis on the Arctic, but rather the importance of the Arctic for Moscow’s broader strategic plans and international ambitions.

Unlike during the Cold War, China has now emerged as an Arctic actor. With Beijing continuing to assert its influence on the world stage, the Arctic will be only one of many regions where China’s presence and interactions are components of a broader global expansion of both soft and hard power. Academics and international observers have deemed China a “near-Arctic state,” as the High North becomes a priority for Beijing.

However, China is not universally accepted as an Arctic state, and is largely excluded from regional politics. Despite the inaccuracies of U.S. Secretary of State Pompeo’s warning in 2019 that Beijing’s Arctic activity risks creating a “new South China Sea,” such statements highlight how the United States sees the Arctic as yet another arena for increased systemic competition between the two countries.

On the systemic level, the United States can and will engage in regions like the Arctic as it sees fit. However, in North America, the Arctic does not play the same seminal role in national security considerations as it does in Russia or Northern Europe. Although U.S. policymakers’ rhetoric might suggest otherwise, the Arctic has served the United States primarily as a location for missile defense capabilities, surveillance infrastructure, and a limited number of strategic forces. It is also of importance to the U.S. Navy and Coast Guard, although the United States has yet to invest significantly in Arctic capabilities and infrastructure.

This dialogue brings us to the important difference between overarching strategic considerations and those that concern the Arctic region specifically. First, security dynamics in the Arctic have remained anchored to the sub-regional level: the Barents area, the Bering Sea/Strait area, and the Baltic Sea region, for instance. Thus, it is futile to generalize security interests and challenges across the whole northern circumpolar region. It makes more sense to discuss security in the different parts of the Arctic, not in the Arctic as a whole. Of these different parts, the European Arctic is undoubtedly the most active and the most challenging.

Second, intra-regional cooperation on other issues has flourished. In response to concerns about a lack of governance in the Arctic, which were brought to light by a growing international awareness of the region, the five Arctic coastal states—the United States, Canada, Russia, Norway, and Denmark—came together in Ilulissat, Greenland in 2008 and declared the Arctic a region of cooperation. They also affirmed their intention to work within established international arrangements and agreements, particularly the United Nations Convention on the Law of the Sea (UNCLOS). Since the Ilulissat meeting, the Arctic states have all reiterated the mantra of cooperation, articulating the same sentiment in relatively streamlined Arctic policy and strategy documents. The deterioration in relations that started in 2014 between Russia and the other Arctic states has not significantly impacted this trajectory.

Indeed, it has been argued that these low-level forms of interaction help ensure low tension in the North, at least on the regional level. The emergence of the Arctic Council as the primary forum for regional affairs in the Arctic contributes to this stability. An increasing number of actors have applied to the Council for observer status, including China, India, Germany, and the European Union. The Arctic states have thus shown a preference for a stable political environment in which they collectively maintain dominance in the region. Their inclination is supported by the emphasis on the Law of the Sea and issue-specific agreements signed under the auspices of the Arctic Council. These developments benefit the Northern countries above all, while also ensuring that Arctic issues are generally dealt with by the Arctic states themselves.

On the international level, the Arctic has again risen to the forefront of strategic concerns among great and emerging powers (the United States, Russia, and China). This development has little to do with events in the Arctic—like ice-melting, economic ventures, and so on—and everything to do with the strategic position of the Arctic between these actors. True, we find some intra-regional competition, as well as investments and cooperation. However, it is difficult to generalize across the “Arctic region,” precisely because of the vastness and inaccessibility of the area itself.

The Arctic states have limited, if any, rationale for engaging in outright conflict (bilateral or regional) over resources or territory, although local rivalries—like that of Norway and Russia—persist. However, that fact does not make the Arctic any less important on the strategic level, because the United States and Russia are already in the region, and China is increasingly demonstrating its strategic Northern interests.

The growing international focus on Arctic issues has significant implications for the Arctic states. Although the Law of the Sea regime ensures various Arctic states’ primacy over offshore resources, the states themselves must be able to protect their sovereign rights at sea and be present in the Arctic maritime domain. They also need to understand how and why the region is attracting political and economic interest from afar, while still maintaining focus on the area in their national policies and continuing to link security concerns with economic investments as components of active Northern policies. The rise of the Arctic on the international agenda is no passing trend: it is here to stay.

Finally, the topic of security and cooperation amongst all relevant actors in the Arctic must not remain a solely academic debate. Such discussions need to be instigated and prioritized by political leaders. The increase in military exercises—and, at times, aggressive rhetoric—pursued by certain actors must be examined, discussed, and better understood. Failure to avoid these missteps could lead to nothing short of an Arctic arms race.

[1] Norway was one of only two NATO countries (the other being Turkey) to share a land border with the Soviet Union. And Alaska—albeit separated by the Bering Strait—is in close proximity to the Russian Far East region. Greenland and Iceland hold strategic positions in the North Atlantic, and the Kola Peninsula—specifically, the Northern Fleet at Severomorsk—has been central to Russian military planning, offering unrestricted access to the Atlantic.

Dr. Andreas Østhagen is a Senior Research Fellow at the Fridtjof Nansen Institute and The Arctic Institute. From the Norwegian Arctic, Andreas Østhagen has worked on issues concerning Arctic geopolitics for a decade. Østhagen has held positions in Washington D.C., Brussels, Toronto, Vancouver, and is currently based in Oslo. His work focuses on disputes, geopolitics, and resource management in the North and beyond.