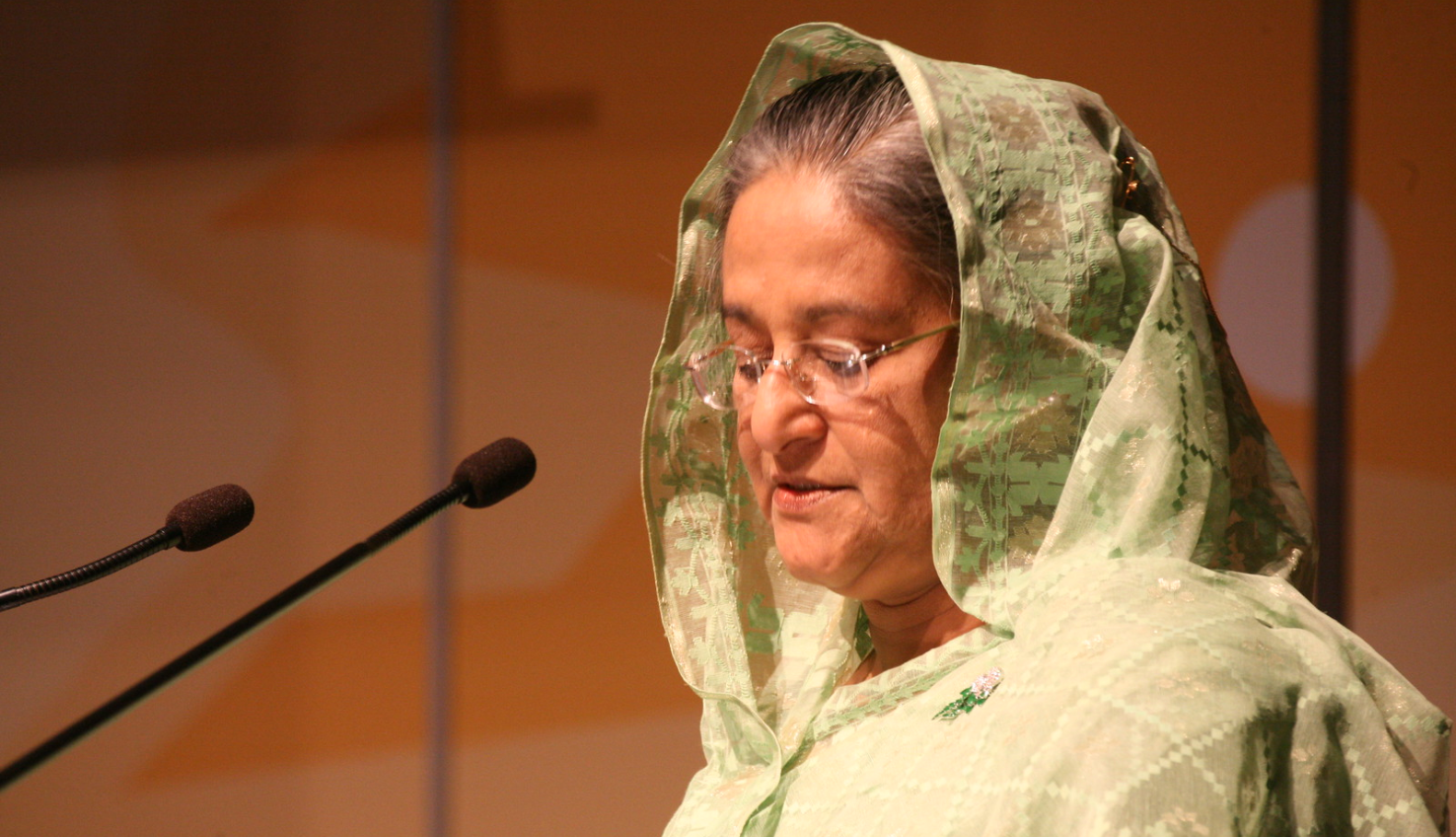 Title: The “Anti-Corruption Drive” in Bangladesh: Where is it Going?

Two months have passed since the ruling Awami League (AL) in Bangladesh started what it described as an anti-corruption drive. It began with raids on a few illegal casinos and clubs on September 18, 2019, netting a small number of leaders of the ruling AL’s youth wing for running these illicit casinos, engaging in extortion, conducting money laundering schemes, amassing illicit money, and grabbing government contracts through political connections. The drive has been variously described as an effort to “cleanse the party,” and to “purge intruders.” Prime Minister Sheikh Hasina, her cabinet members, and party leaders insist that nobody will be spared, whether they belong to the AL or to the opposition.

The so-called anti-corruption drive was initially received with excitement and great enthusiasm in the media and in public discourse. However, in the past month, it has become obvious that the initiative is far from well-planned. There are no indications that it is a sustained effort to sincerely address the endemic corruption that has permeated the grassroots of the country and the unrestrained illicit activities of ruling party members. While the rhetoric of anti-corruption has continued over the past months, any substantive actions have subsided. The objective of this anti-corruption drive and the manner in which it will proceed remain unclear. With no clear political direction, no indication of a shift away from the policies that enabled party leaders’ rampant corruption, and no transparency on the nexus between criminals and politicians, the likelihood of the drive’s success remains doubtful.

In fact, Bangladesh’s Anti-Corruption Commission (ACC)—which is independent of the government’s influence on paper, but which is perennially criticized for its meek and subservient role—did not even lead the anti-corruption drive. The ACC is only following the government’s cue, thus limiting its capacity to be effective. To date, the ACC has merely asked the banks to provide information on the accounts of 105 individuals who are connected to the ruling party.

So far, 275 people have been arrested, but most of them have been from various associate organizations of the ruling party—no ranking members of the party, its leaders, or influential bigwigs have been targeted. Serious concerns persist regarding corrupt practices in the banking sector, where millions of dollars have been embezzled, as well as in the Dhaka Stock Exchange, where politically connected individuals have allegedly manipulated the market to their own benefit. However, no action has yet been taken on these fronts, and no bureaucrats or businessmen have faced any questions to date. Opposition leaders from the Bangladesh Nationalist Party (BNP) have alleged that the AL engaged in “eyewash” by targeting low-level activists, which the PM has denied.

The theme of this anti-corruption drive is not unprecedented, as there have been previous efforts to address widespread corruption in Bangladesh. The military-backed caretaker government (CTG) that ruled Bangladesh during the democratic hiatus in 2007-2008 lodged several cases against political leaders and businessmen for corruption. Sheikh Hasina faced a few herself, as did her rival, Khaleda Zia of the BNP. Two corruption cases the CTG filed were vigorously pursued by the Hasina government, resulting in Khaleda being sentenced to seventeen years in prison as of last year. Cases against Hasina, however, were dropped after 2009 on the grounds that these cases were “politically motivated.” Weaponizing anti-corruption efforts against the opposition is not new in Bangladesh, nor in other developing countries where democracy is weak and where the judiciary’s independence is questionable. When the ruling party says the opposition will not be spared, the motives of the campaign are called into question. Though it is the main opposition party in Bangladesh, the BNP is feeble and almost non-existent. The AL, which won two controversial elections in 2014 and 2018 to remain in power for the past ten years, has succeeded in neutering the opposition, especially the BNP, via judicial and extrajudicial measures.

This most recent “anti-corruption” drive is notably different than past campaigns, though. First, this drive acknowledges that corruption, extortion, and unlawful activities have permeated the ruling party at every level. To Bangladeshis, this is not a revelation—rather, it is a daily experience—but to see the ruling party sincerely acknowledge its failings provides some consolation. Acknowledgment, however, is far from uprooting the causes of, and conditions for, corruption.

The drive also shows that Hasina felt she needed to focus on something that demonstrates that the governance issue is at the center of her third term without undermining the de facto system one-party rule. As Hasina began her third term, it was imperative to put forth a new agenda. Sheikh Hasina is trying to prove to the international community that, although the 2018 election was flawed, she is not only working to improve governance, but is actually making “good governance” her primary goal.

Finally, the drive adopts a populist agenda that seeks to restore the image of the AL, faced with a crisis of image due to the limited regard that its rank and file have historically had for public opinion. The unprecedented landslide victory in the 2018 election (allegedly engineered by the civil administration and law enforcing agencies) gave the impression that there is no need to pay any attention to public opinion. Based on my interactions with Bangaldeshis, leaders and activists of the AL are viewed negatively overall, due to their involvements in criminal activities, land-grabbing, and extortion. AL intends to use the drive to send a message that these are actions of only a few renegades that the PM does not condone. The extent of corruption shows the severity of the situation, but whether or not the Bangladeshis will accept AL’s version of the story is still unknown.

Whether the so-called anti-corruption drive is fizzling out, or whether it is a new phase of a greater political move in the making, is largely unknown, except to Prime Minister Sheikh Hasina, who has complete control over the party, the government, and the polity. As the secretary general of the ruling party has stated, the future course of the drive will be entirely the prime minister’s decision.

Corruption in Bangladesh is endemic. The institutionalized web of corruption cannot be addressed with stopgap populist measures designed to impress the public and gain political mileage, which is essentially all that the new anti-corruption drive has done thus far. The first step to productively addressing corruption is to provide complete independence to the anticorruption commission, the ACC. The most important step to combatting widespread corruption in Bangladesh, however, is to restore an accountable and inclusive political system. This could take a multitude of different shapes and forms, but de facto one-party governance, in which ruling party activists enjoy impunity and in which the rule of law is almost non-existent, is conducive to proliferation of corruption. Providing more power in the hands of already powerful individuals like Sheikh Hasina is unlikely to achieve any substantive success.

Ali Riaz is a Distinguished Professor of political science at Illinois State University, USA, where he currently holds the Thomas E Eimermann Professorship. Riaz worked as a Broadcast Journalist at the British Broadcasting Corporation (BBC) in London, and served as a Public Policy Scholar at the Woodrow Wilson International Center for Scholars in Washington, D.C. His primary areas of interest are South Asian politics, democratization, violent extremism, political Islam, and Bangladeshi politics. Recent publications include Voting in A Hybrid Regime: Understanding 2018 Bangladeshi Election(2019), Bangladesh: A Political History since Independence (2016).  He recently coedited Political Violence in South Asia (2018) and Routledge Handbook of Contemporary Bangladesh (2016).