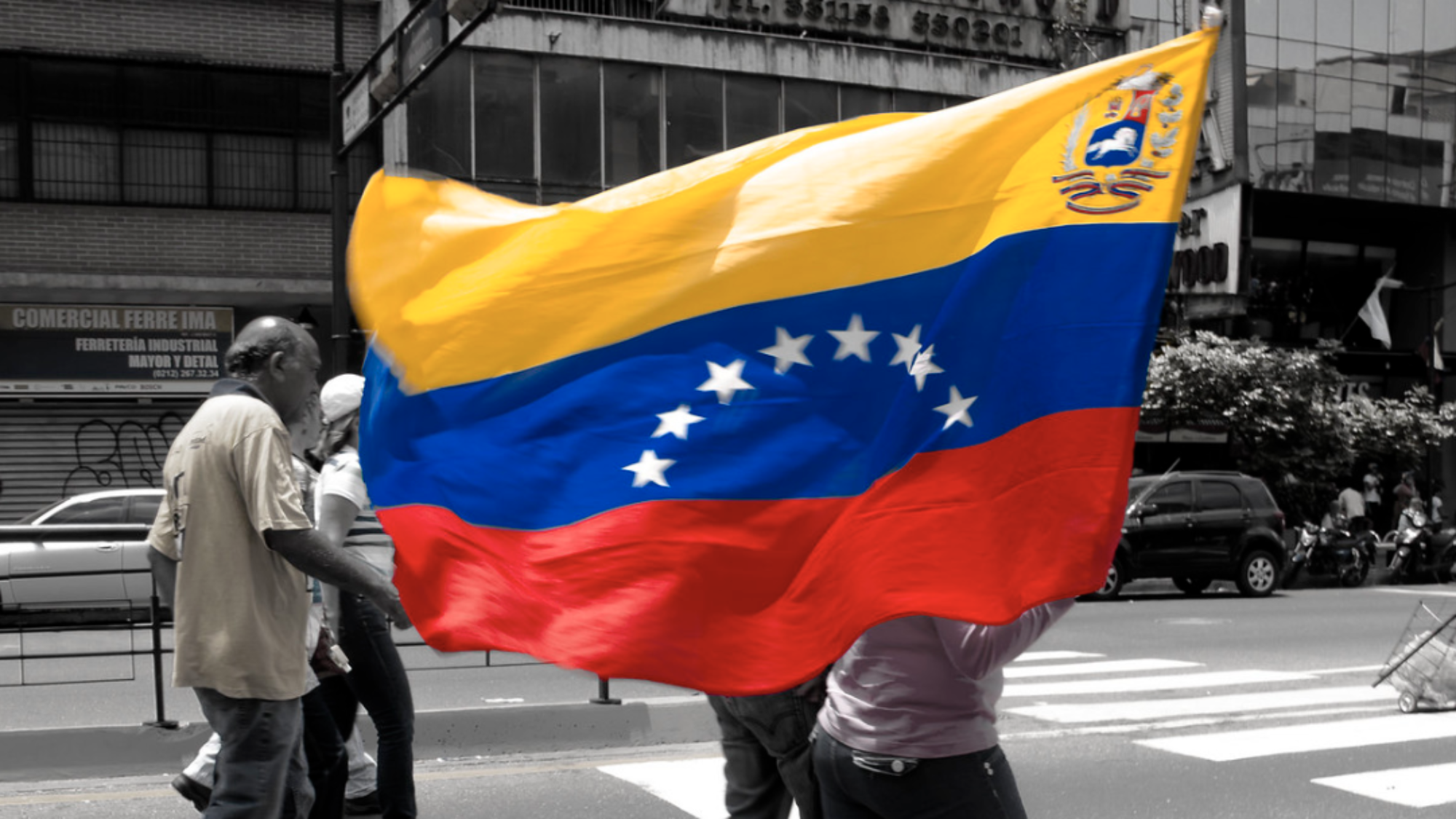 Title: Towards a New Endgame in Venezuela

By the end of 2020, 6.5 million Venezuelans are expected to have fled their home country, a displacement of people that rivals only Syria in its global impact. The United States’ maximum pressure strategy to topple the Maduro regime is failing, and a wave of political agitation across South America is only going to make matters worse—both for the prospects of a democratic opening in Venezuela and for neighbors desperate to put an end to the country’s far-reaching humanitarian crisis. China, Cuba, and Russia have blocked attempts at meaningful change, leaving the United Sates with few punitive measures it can take to bring about a resolution to the crisis.

Latin America entered this decade with high hopes: strong economic growth promised to propel much of the region ahead into prosperity. Many Latin American countries made important steps towards regional and global integration, expanding trade with new partners in Asia and founding the Community of Latin American and Caribbean States (CELAC), a regional bloc aimed at presenting a united political and economic front in defending Latin America’s interests.

Now, the region is closing the decade in crisis. From Mexico to Chile, governments have faced serious domestic challenges, including intensified conflict with organized crime and an explosion of social unrest. Bolivia remains in chaos following President Evo Morales’ resignation in the face of mass protests over perceived electoral corruption. Latin America, characterized by weak governance and vast inequality, has long been a tinderbox. Now, it has become a wildfire.

This unravelling of stability across Latin America has exacerbated the region’s economic and humanitarian crisis par excellence in Venezuela. Since Maduro came to power in 2013, Venezuela’s economy has contracted by more than 60 percent, over 4.5 million Venezuelans have fled the country and sought shelter in neighboring nations, and the breakdown of the rule of law has contributed to one of the world’s highest homicide rates. Such statistics would be expected of a country devastated by war, but not one in peacetime.

To date, many Latin American heads of state have attempted to address the crisis in Venezuela by coordinating their rhetoric and sanctions with the United States via the Lima Group, a hemispheric forum comprised of fourteen nations that unanimously opposes Maduro while recognizing the legitimacy of Venezuelan National Assembly leader Juan Guaidó as interim president. This strategy is based on the notion that a united diplomatic front could help force a political transition in Venezuela. Yet, recent political disturbances have eased international pressure on Maduro. Take, for example, Chile: with over a million Chileans marching for economic reforms, Santiago’s focus is on its own streets, not on those of Caracas.

While some countries turn inward, others push outward, spearheading the multilateral front against Maduro. Colombia, which hosts a staggering 1.4 million Venezuelan refugees, continues its attempts to build regional consensus on Maduro’s continued malfeasance in Venezuela, and led the activation of the Inter-American Treaty of Reciprocal Assistance (known as the Rio Treaty) in September to coordinate humanitarian responses to the exodus of Venezuelans.

Venezuelan migration to Colombia is showing no signs of slowing, yet Colombia has received scant aid to support its incoming refugees. Furthermore, Colombian armed groups like the National Liberation Army (ELN) and dissidents from the Revolutionary Armed Forces of Colombia (FARC) have set up shop in Venezuela with Maduro’s permission. Should these insurgents begin conducting attacks on the Colombian side of the border, the terms of the Rio Treaty could escalate tensions to the point of armed responses inside Venezuela by Colombia or any one of the 16 other countries that backed the resolution against Maduro.

A recent ripple of leftist victories in Latin America has further complicated this continuing crisis. Argentina’s newly elected Alberto Fernandez has signaled his intention to pursue closer ties with the region’s left-wing governments, and appears intent on decreasing Argentina’s involvement in the international campaign against Maduro. Fernandez could also be tempted to follow the lead of Mexico’s President Andres Manuel Lopez Obrador and simply refuse to take sides in the Venezuela crisis.

Global support to the Maduro regime complicates the situation and renders punitive action ineffective. Russia is a top provider of military hardware to the Venezuelan armed forces, invested heavily in the country’s oil industry, and granted Venezuela some 17 billion dollars in loans since 2006. China was traditionally the second-largest importer of Venezuelan crude oil after the United States, and has invested more than 62 billion dollars since 2007. Its support of any political solution in Venezuela is contingent on an uninterrupted supply of petroleum and timely debt repayment. Finally, no country has more influence over the Maduro regime than Cuba, which maintains some 15,000 operatives in the Venezuelan military, intelligence services, and civil administration to help Maduro stymy internal dissent.

This triumvirate of support for Maduro’s government is unlikely to evaporate, even in the face of harsh U.S. sanctions imposed earlier this year. China, Cuba, and Russia are the lifeblood of the Venezuelan economy. In particular, Russia and Cuba are no strangers to U.S. sanctions, so additional punitive action will do little to force Maduro’s allies to reconsider their support. In fact, the oil crisis in Venezuela appears to be taking a positive turn for Maduro, as exports to allies are finally draining an excess of reserves that prevented the country from producing more oil.

With this in mind, the Trump administration should consider alternative measures. The activation of the Rio Treaty, while a brief (and equivocal) show of regional unity, sends the wrong message, both to hesitant Latin American governments and to actors within Venezuela. Signed in 1947, the treaty is itself a vestige of the Cold War. It has been invoked several times since its signing, but only for problems of interstate conflict, such as the Falklands War in 1982. Using it to intervene in domestic civil strife waters down the idea of hemispheric collective defense and pushes away countries like Uruguay and Mexico that could otherwise be valuable allies in helping revive democracy in Venezuela.

The sticks having proved ineffective, the United States and its allies should look to potential carrots to act as incentives for the Maduro government. The Trump administration has few good options, and most require legitimizing Maduro’s power and direct negotiations between Washington and Caracas—something President Trump has been reluctant to do. An obvious solution is the relaxation of economic and diplomatic sanctions in exchange for comprehensive action by Maduro to relieve the suffering of the Venezuelan people, release political prisoners, and crack down on transnational crime. Maduro has already indicated that any concessions would come only with sanctions relief, and such gestures could also bring Maduro back to the negotiating table with Guaidó after the rupture of dialogue in August.

President Trump could also use the issue as leverage in trade talks with China to exact Chinese compliance with sanctions and a firmer diplomatic posture against Maduro. Just as importantly, the Trump administration could publicly reject a strategy of de-Baathification and commit to supporting free elections in which all parties, including Maduro’s socialist party, are permitted to run for political office. An intransigent foreign policy premised on regime change has thwarted (and isolated) the United States in advancing democracy in Cuba for sixty years, and serves as a presage of the times to come if the U.S. government digs its heels deeper in Venezuela.

Neither Maduro nor Guaidó has proven himself unilaterally capable of resolving the rampant poverty and criminality within Venezuela, leaving the country’s most vulnerable citizens trapped between the dueling leaders. Diplomatic and economic pressures have reached their limit, and short of military intervention—an unattractive prospect for any of the nations involved—it appears that Maduro is here to stay. With no consensus-driven exits to pursue, the U.S. government should look in a different direction. As the vinegar runs dry, it may very well be time to break out the honey.