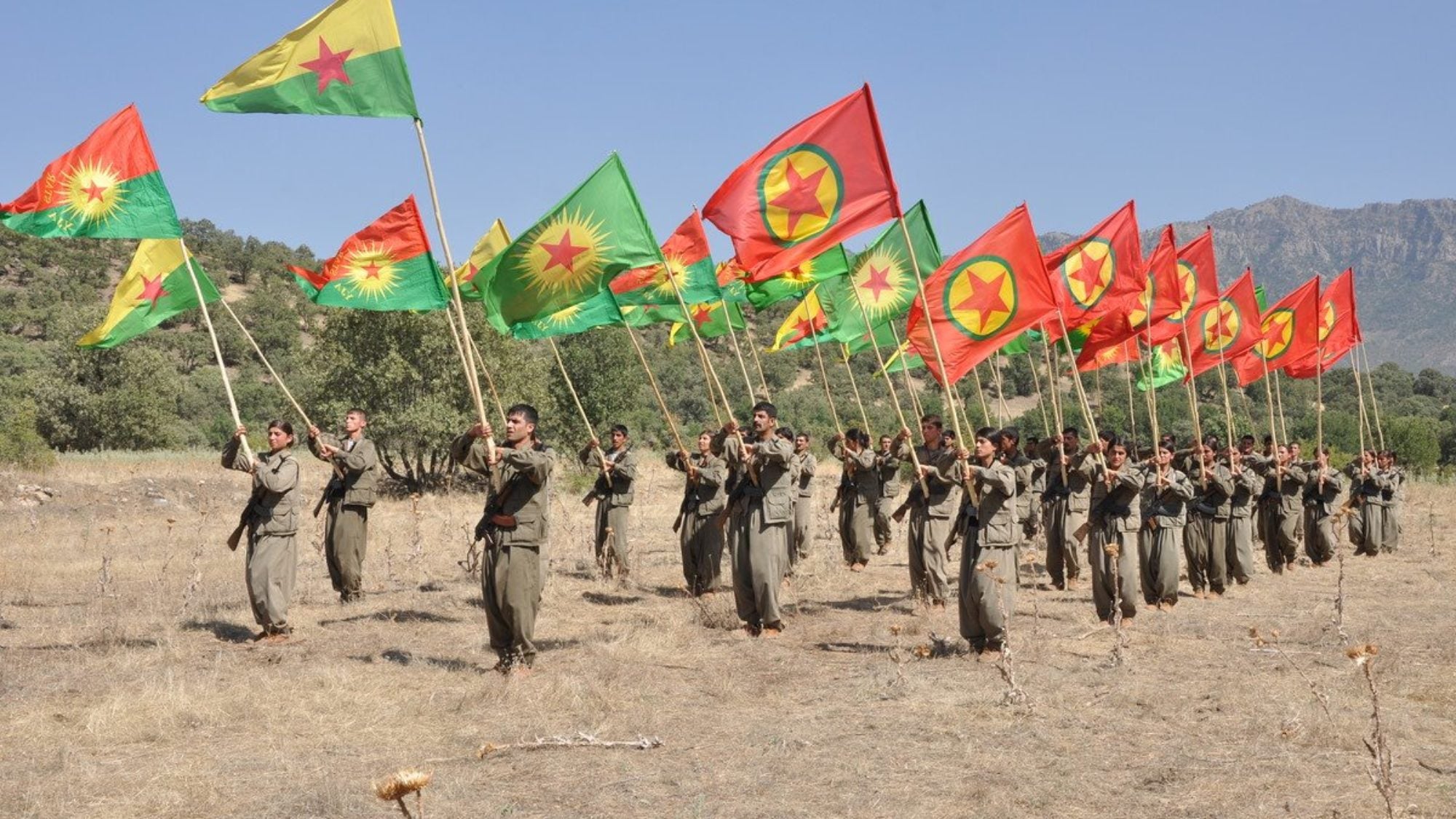 Recent discussions on the Turkish state’s actions, which have devastated Kurdish people within and outside of its borders, suffer from a familiar deficiency: they neglect the historical and cultural foundations of the dynamics that placed the Kurdish people at the center of Turkey’s national security policy. Serious human rights violations and voter suppression in southeast Turkey, the massacre of Kurdish people in various parts of northern Syria, and purging of Kurdish politicians on false accusations are all extensions of Turkey’s decades-long, repeated policy mistakes, deeply rooted in its nationalist history. Unless there is a seismic shift in the drivers of Turkish security policy, especially as it pertains to the Kurdish people, Turkey is bound to repeat these mistakes. Furthermore, threat externalization with linkage to legitimacy of rule will further erode the democratic institutions of the state and other authentic aspects of Turkish identity.

Nationalist histories are deliberate and ideological narrations of joys, fears, and hopes that a collective shares. They are deliberate because, as Benedict Anderson put it, nations are “imagined,” or socially-constructed, political ecosystems that give otherwise strangers a sense of community. The shared identity and interests feed into the collective memory, or history, of a nation, while simultaneously being shaped by it. They are also ideological because the survival of the nation as a political community depends on the pervasiveness and tenacity of the values its members share. Nationalist histories define clear protectors and enemies (internal and external) of these values, and the conflict between these forces forms the core of their narrative. The persistent labeling of Kurdish people as an existential enemy to Turkey’s national identity and interests constitutes the crux of the conflict between the Turkish state and the Kurdish insurgent group, the Kurdistan Workers’ Party (PKK).

What makes the Turkish-Kurdish conflict so difficult to address is, since its inception in 1978, “Kürt sorunu,” or the Kurdish problem, has evolved into one of the main drivers of Turkish domestic and foreign policymaking. In other words, the validity of the dominant Turkish national sociocultural narratives has become so dependent on the presence of the threat posed by the Kurdish minority that attempting to solve the problem would mean severely damaging the structures upon which Turkishness depends. Thus, instead of long-lasting and effective solutions to the insurgency, Turkish leaders, especially President Erdoğan, have turned the Kurdish problem into their go-to political instrument to fan the nationalist flames and boost their popularity, especially at times of low social cohesion and support for their policies.

As evidenced by the latest flurry of military incursions in Kurdish-majority parts of Syria, the Turkish state has a tendency to escalate the conflict with the Kurds in the name of national security interests, even at times of vulnerability for regional security and stability. The ironically-named Operation Peace Spring—the October 2019 Turkish offensive into Rojava, where local Kurdish population and militia groups had made significant advancements against the Islamic State and provided some peace and stability in war-torn Syria—has only exacerbated already damaged and fragmented relations for the foreseeable future. It also provided further evidence that President Erdoğan seems determined to exploit, rather than help solve, the chaos in Syria, as part of his agenda to reimagine Turkey’s nationalist history. He has invoked Ottoman-era maps and documents to criticize borders set by the Treaty of Lausanne and to lay claims on the northern territories of Iraq and Syria. Operations against Kurdish militia and civilians specifically targeted Mosul, Aleppo, and Idlib, which were included within Turkish borders in Misak-ı Milli, or the National Oath. As Turkish foreign policy shifted from Davutoglu’s “Zero Problems with Neighbors” approach to Erdogan’s “Greater Turkey” ambitions (both heavily referencing the Ottoman past), it raised serious concerns amongst the international community about Erdoğan’s expansionist tendencies (often described as neo-Ottomanist), even leading President Bashar al-Assad to call him a “thief.”

All of this is not to say that the PKK’s campaign against Turkey is not terrorism, though—it is by every measure. Terrorism is an inherently political problem; thus, while military measures may be effective in curtailing the violence and terrorists’ access to resources, they do not end armed insurgencies. If anything, they exacerbate the underlying grievances, stoking more violence. Turkish administrations’ coercive actions against the Kurdish militant groups both within and outside its borders have proved to be ineffective, as the conflict enters its forty-first year this November. Yet, there has been little to no effort on Ankara’s part to address the grievances of the Kurdish minority, which are PKK’s raisons d’etre given that the group began as a backlash against the unitary Turkish state’s widespread oppression of the Kurdish minority. There were glimmers of hope, especially during the waves of “Demokratik Açılım Süreci” (Democratic Initiative Process) of 2009 and “Çözüm Süreci” (Solution Process) of 2012-2014, when the Erdoğan administration seemed to be open to reconciliations and finally expanding linguistic, cultural, and political rights for Turkey’s Kurdish minority in order to end the decades-long conflict. Yet, Erdoğan’s intentions proved transactional. As his electoral support waned in the predominantly Kurdish parts of southeast Turkey, which gave Erdoğan and his Justice and Development Party (AKP) a considerable boost especially in the 2007 general elections, his rhetoric shifted and once again started orbiting the Kurdish problem.

Domestically, Erdoğan went after Kurdish politicians, namely Selahattin Demirtaş and Figen Yüksekdağ, the now-imprisoned former co-chairs of the Peoples’ Democratic Party (HDP). The HDP’s electoral success in June 2015 general elections, thanks to a platform that promised a democratic solution to the Kurdish problem, broke the AKP’s parliamentary supermajority for the first time, jeopardizing Erdoğan’s dreams of an executive presidency. Both Demirtaş and Yüksekdağ were jailed for unsubstantiated charges of terrorism and terrorist propaganda. Turkey held snap elections as the government returned to fighting the PKK. Erdoğan’s AKP won back the majority, but allegations of voter suppression and claims that Erdoğan incited civil unrest and violence to win marred the election.

The plausibility of a Kurdish state in northern Syria at the end of the ISIS conflict/Syrian Civil War made a triumphant return to Turkish politics and has resulted in several full-blown military incursions in Syria to eliminate the Kurdish threat. The real Kurdish threat is not to Turkish national security, but rather to Erdoğan’s despotic regime and erratic attempts at regional leadership. As I argue elsewhere, Operation Olive Branch, which targeted the Kurdish Afrin district of northwest Syria, was a strategic move by President Erdoğan to secure a victory in the highly contested April 2019 presidential elections. While he held onto the presidency, there was a galvanized anti-Erdoğan opposition that made him appear vulnerable at times. Its predecessor, Operation Eupherities Shield, was in full force while President Erdoğan campaigned for the April 2017 constitutional referendum that expanded the executive power while weakening legislative and judicial oversight in unprecedented ways. Erdoğan’s propaganda associated the voters who opposed the constitutional changes with terrorist organizations, specifically the PKK and the HDP, even though the latter is a political party; it also amped up the alleged existentialist threat the Kurds posed to Turkish sovereignty and national security in his rhetoric. This very threat is the main justification for all government actions (armed or otherwise) against Turkish politicians, civilians, and militia groups both within and outside of Turkish borders.

While Turkey claims to fight Kurdish terrorism in its southeastern provinces as well as in Syria, it is committing human rights abuses and engaging in acts that can also be considered terrorism. The Turkish government claims self-defense to justify its use of force against the Kurds, including against its own civilians. Yet, as Bruce Hoffman argues, terrorism is defined as the pursuit, acquisition, and use of power to achieve political goals via a series of “planned, calculated, and indeed systematic acts” to pursue or further a political objective. Therefore, state actions with much broader implications than physical harm to people and/or property fall within the terrorism category. One can argue that the Turkish state’s actions have terrorized—or caused long-term psychological suffering to—far more people across Turkey, Syria, and Iraq than the actions of Kurdish fighters, while the state’s sophisticated and superior security apparatus has caused far more destruction.

Since 1923, Turkey has been governed by generations of leaders from competing political traditions, all united by one rigid, deeply ingrained narrative: Turkey’s many external and internal foes are trying to divide up the motherland for its historical, cultural, and natural riches. In fact, as we saw from opposition leaders’ support for military incursions in Syria, the Kurdish problem is the only force that can unite opposing sides. Thus, solving this problem will take a lot more than a single administration restoring the cultural and political rights and freedoms of its Kurdish population, or even recognizing the Kurdish groups in Syria and Iraq as legitimate regional actors. Turkey was founded on fantasies of cultural, historical, and linguistic homogeneity. As a result, for Ankara to solve its domestic and international political problems, the entire system needs to undergo a fundamental change. In other words, Turkishness as we know it today needs to be torn down and built back up in a way that reflects the sociopolitical realities of its geography. This will naturally require not only revisions to Turkey’s unitary system, beyond the lip service previous constitutional changes paid, but also experimenting with federal governance as well. Without such fundamental changes to its political system, Turkey will repeat its policy mistakes and perpetuate cycles of violence for years to come.

Max Erdemandi (M.A., Duke University ’14) is a Faculty Specialist at the National Consortium for the Study of Terrorism and Responses to Terrorism (START) at the University of Maryland. He studies counterterrorism and Prevention/Countering Violent Extremism (P/CVE), as well as intercultural communication, public diplomacy, and radicalization. Mr. Erdemandi has bilingual fluency in Turkish and has given talks and published on Turkish elections, national security and grand strategy, and United States-Turkey cooperation on counterterrorism and regional security. You can follow Mr. Erdemandi’s on Twitter at @maxerdemandi.

The views and opinions expressed in this piece are those of the author’s and do not reflect the official policy or position of the University of Maryland, National Consortium for the Study of Terrorism and Responses to Terrorism (START), and/or any agency of the U.S. government.