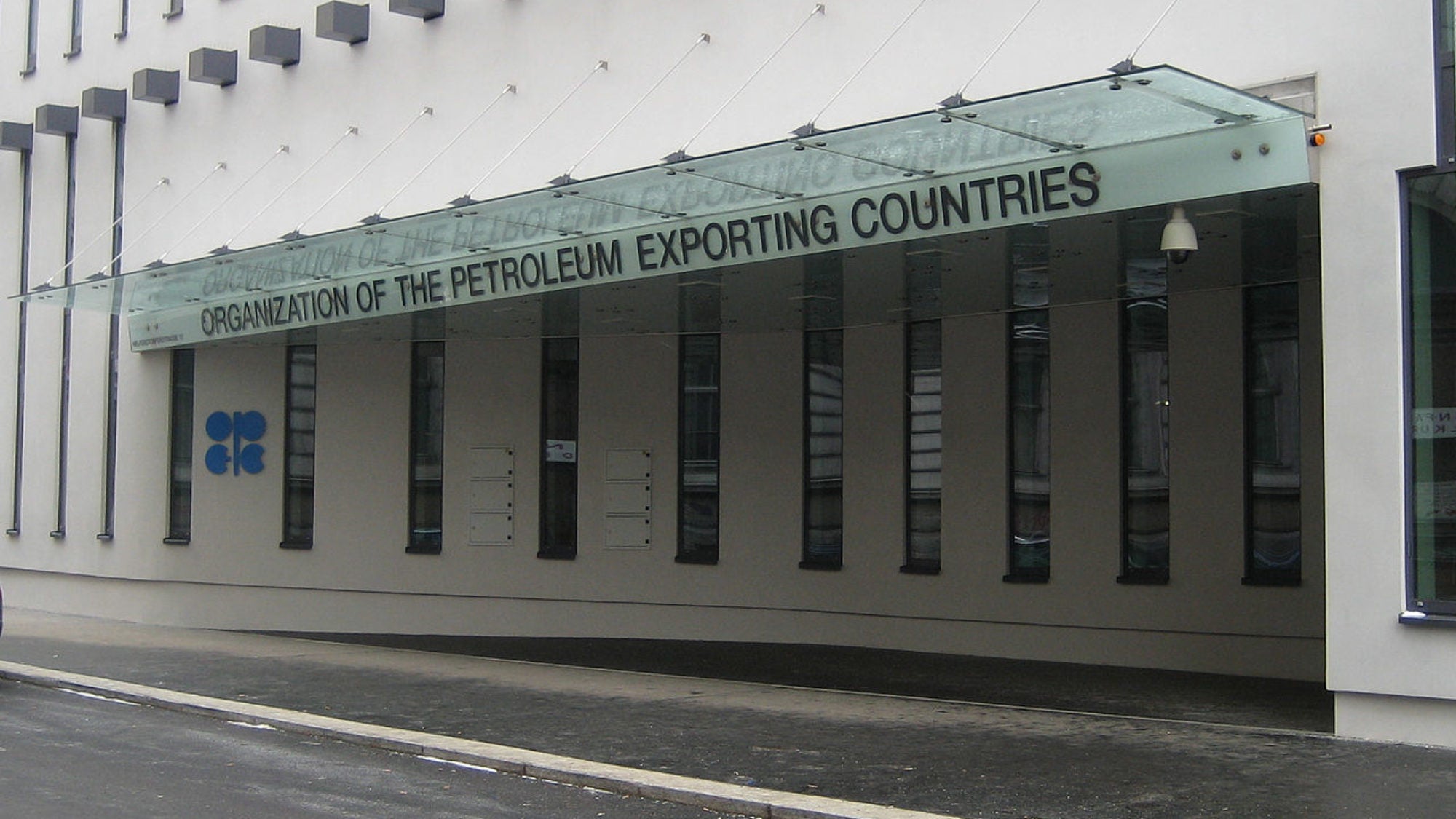 The inability of Russia and Saudi Arabia to agree on production quotas for countries that are not part of the Organization of the Petroleum Exporting Countries (referred to as OPEC+ countries), and the subsequent price collapse in oil markets, promises to reshape global energy markets. The timing is not good. The demand shock from the economic fallout of the coronavirus pandemic (commonly known as COVID-19) has led the International Energy Agency to estimate that 2020 will see the first contraction in oil demand since the Great Recession. The causes and consequences of the oil price drop have been well discussed. However, the impact on other energy markets, particularly global liquefied natural gas (LNG) markets, is relatively under covered and more nuanced. Many of the same oversupply and demand concerns pervade LNG markets, with price expectations more bearish than even a year ago. While the long-term implications remain unclear, the short- and mid-term impacts have the potential to reshape the market and geopolitical aspects of LNG trade.

China, where COVID-19 originated, was one of the primary sources of global natural gas demand growth, and its mitigation measurements have severely curtailed energy demand. The demand loss from coronavirus-related measures and dramatic falls in the oil market are beginning to impact global LNG markets. As with oil, LNG markets are confronted by a major demand shock at a time of relative oversupply, with record low LNG prices. When China was at the height of its epidemic, spot prices for Asian LNG fell below $3/MMBtu, a far cry from the $15-20/MMBtu of the early 2010s and the $8-10/MMBtu seen several years ago that was used as the basis for US, Canadian, and other countries’ expansion of LNG exports.

There are two primary ways in which coronavirus-related disruptions are impacting global LNG markets. First, the world’s top importers of LNG are all managing large COVID-19 outbreaks. China, one of the largest sources of LNG demand growth, was hit first. Force majeures on LNG contracts contributed to recent oversupply and the spot market glut. While China has almost completely curbed its new virus infection rate, it is not clear how quickly Chinese demand will return. Meanwhile, the two largest historic importers of LNG, South Korea and Japan, are managing large outbreaks. Mitigation measures are impacting industrial demand and other sectors of the economy. European markets appear to be next, as Italy faces one of the most severe outbreaks in the world and continent-wide infection rates grow.

Second, oil prices directly influence LNG prices as long-term LNG contracts are often indexed to oil prices. This is due to oil and LNG historically being marginal fuels in competition with one another. Recent changes in global LNG markets, driven largely by the emergence of the United States as an exporter, have led to increasing levels of spot cargoes, but oil prices still directly influence a large swathe of LNG pricing.

This crisis could not have occurred at a worse time for LNG markets. While US LNG exports have been talked about for years, they only began to ramp up significantly in the last two years. By the end of 2019, daily exports reached as high as 6 bcf/day, more than double the 2018 average. Alongside continued growth in exports from Australia, Russia, Qatar, and others, supply outpaced demand even before the coronavirus hit. In the first half of 2019, global LNG prices halved, first as oil prices fell and then as the LNG supply glut began to grow. This fall has already impacted export expectations, with Warren Buffett notably pulling out of a Canadian LNG terminal.

The United States has considered LNG a priority industry for its geopolitical and economic benefits. Both the Obama and Trump administrations supported efforts to expand LNG export. While claims about greenhouse gas benefits of LNG exports remain uncertain, US allies in Europe have clearly benefited from the potential of US LNG to offset Russian natural gas. Although Europe has not changed its dependence on physical volumes, the prospective optionality of US supply enabled countries to renegotiate more favorable gas deals with Russia. US LNG has also led to US opposition to Nord Stream 2, despite ongoing debate within the European Union about the project’s benefits. Looking forward, the immediate market and demand prospects from coronavirus appear uncertain.

Aggressive mitigation efforts by the Chinese government, as well as by South Korea, promise to reduce the scope and severity of the pandemic in those countries. LNG import demand in Asia could begin to rebound in 2Q 2020 or 3Q 2020, potentially supporting spot prices.

In the United States, the economic fallout from coronavirus and energy market impacts is only beginning. The mismanagement of the initial federal response and continuing lack of test kits is sapping public and market confidence. Interest rates have fallen alongside the major stock indexes and oil prices. Debt defaults, bankruptcy, and industry consolidation appear inevitable at this point. While the fall in gasoline prices may benefit consumers, many producing regions will face job losses, declines in the tax base, and other fiscal effects.

However, the demand picture may more than offset any production decreases, at least in the near-term. The substantial growth in LNG export capacity in 2019 was a primary driver of US demand growth for domestic gas. With weak gas markets, it is unclear to what degree the global market can support upcoming capacity from future terminals. Further, economic disruptions from the virus are likely to reduce domestic demand for natural gas. If domestic demand remains somewhat robust, one potential scenario is that global LNG prices remain weak and domestic prices rise, cutting into LNG exporter margins and volumes. This may be further exacerbated by Russian efforts to expand pipeline natural gas exports to Europe as LNG projects stall.

Export-oriented strategies, built on the questionable notion of energy independence or dominance, appear less profitable. LNG exports in the United States have opened up domestic natural gas markets to global LNG market volatility as much as they created new markets for US producers. Although interest rates are incredibly low, investor patience with oil and gas companies is running short, especially with ongoing cuts in dividends. If investors broadly adopt perceptions of limited upside in oil, obtaining investment on favorable terms may be difficult, even if LNG expectations recover. With dozens of LNG projects still in regulatory queues in the United States, Canada, and other countries, the collapse in LNG prices could lead to project cancellations. One major LNG company, Tellurian, has already had to lay off staff and received loan extensions in order to stay on-track for its Driftwood LNG project. The exuberant build out of natural gas terminals has now contributed to a predictable oversupply in global gas markets, albeit exacerbated by an unexpected demand rout. Amidst emergent long-term concerns about climate change, industry’s pathway out of this current glut is hazy. At the same time that short-term export terminal cancellations seem likely, a lack of investment now could lead to a supply crunch in the future.

Looking forward, LNG exporters and importers should reevaluate their energy security and trade strategies. While the current crisis is a combination of a supply glut and demand shock, price volatility during a future supply shock is also a concern. Domestic natural gas prices, particularly in the United States, are likely to increasingly be tied to global prices. Expanded export capacity is likely to only increase upside price risks for domestic consumers. Potential mitigation measures include limiting exports, establishing strategic natural gas reserves, and diversifying local economies in producer regions. For LNG importers, the durability of the link between oil and LNG prices should drive further diversification efforts towards other energy resources. Finally, further improvements in the contracting structure of global LNG markets should feature a greater balance between long and short-term contracts, as well as spot deliveries.

Alex Gilbert is a Project Manager at the Nuclear Innovation Alliance and a non-resident fellow at the Payne Institute for Public Policy at the Colorado School of Mines. He has a Master’s of Energy Resources and Law from Vermont Law School and a Bachelor’s of International Relations and Environmental Studies from Lake Forest College.

Morgan Bazilian is Director of the Payne Institute for Public Policy and a Professor of Public Policy at the Colorado School of Mines. He has over two decades of experience in the energy sector and is regarded as a leading expert in international affairs, policy and investment. He is a Member of the Council on Foreign Relations.