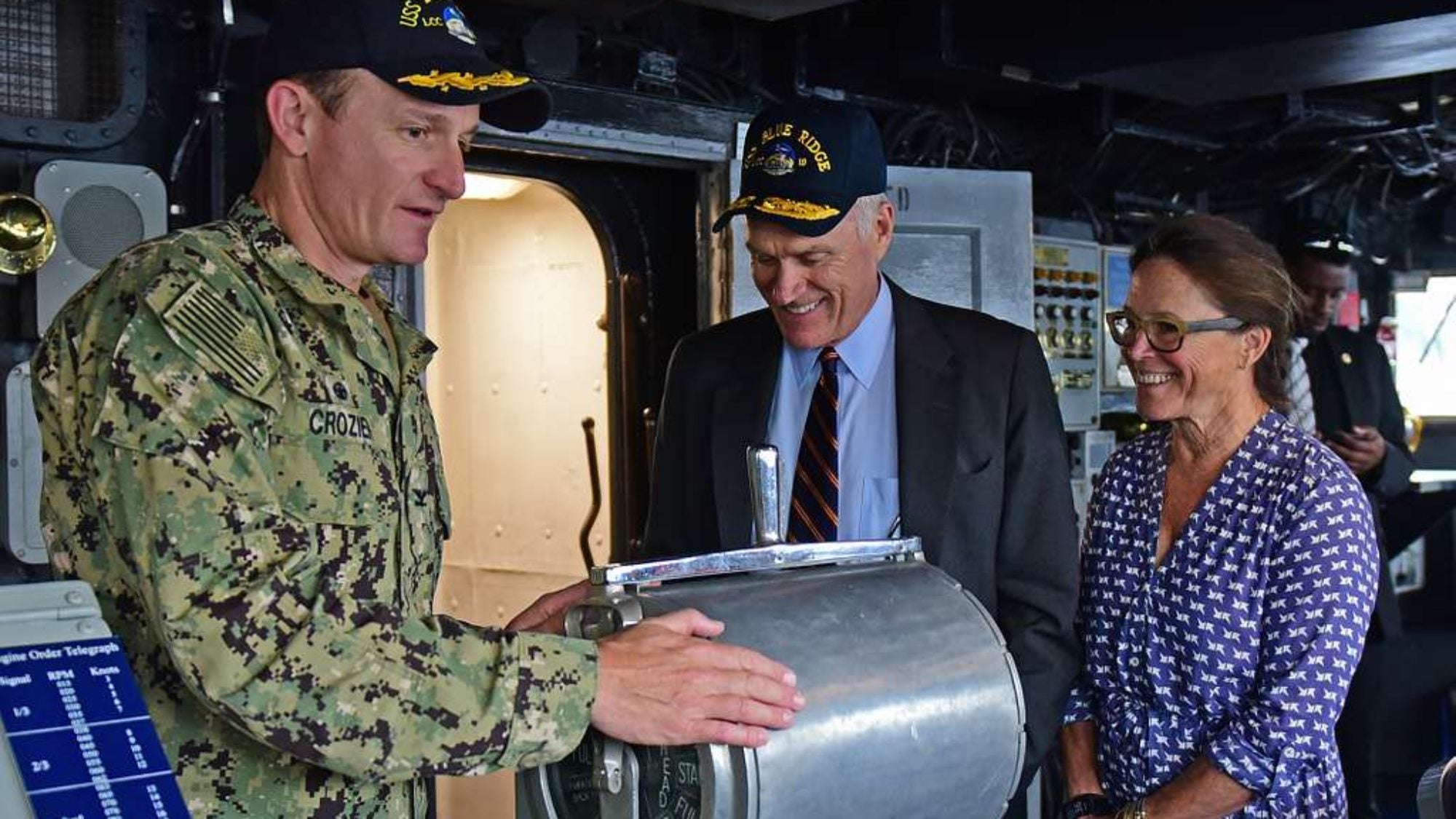 Title: Frameworks for Dissent and Principled Resignation in the US Military: A Primer

A few weeks ago, the acting Secretary of the Navy (A-SecNav) fired the commander of the USS Theodore Roosevelt, Captain Brett Crozier, for circumventing his chain-of-command in sounding the alarm to senior civilian leadership on serious COVID-19 health and safety concerns on his ship. Ignoring the A-SecNav’s subsequent statements and eventual resignation, this relief incident has led to intense discussion on the propriety of the Captain’s actions.

The Crozier affair should prompt senior military officers to contemplate situations in which ethics may demand a leader to express dissent, to resign, or even to disobey orders. This primer seeks to prompt that dialogue by outlining three ethical frameworks, which analyze such unconventional conduct.

The United States has a long-standing tradition of military obedience to civilian leadership decisions and control over military affairs. In fact, the civil–military norm is clear on obedience: barring evidence to the contrary, orders and policies are presumed to be legal and are executed upon receipt. If legality is in doubt, the officer should consult her legal staff and seek clarification from the order issuing authority. If the order is found to be illegal, the officer must refuse to follow it. The intentional targeting of civilians is a clear example of an illegal order that must be disobeyed.

Conversely, there is no American custom of senior military officers (e.g., Combatant Commanders, Service Chiefs, and other three and four-star officer advisors) disobeying or resigning in protest over morally objectionable, yet lawful, civilian-directed orders. Recent polling data suggests, however, that a new norm might be emerging in the officer corps. In 1999, only 26 percent of veterans agreed that a senior officer should resign in protest in the face on an immoral order; by 2014, support for this proposition had increased to 63 percent. While these figures suggest a new norm, further and more comprehensive study of senior military officers is needed to understand these shifting perspectives. The matter of what constitutes morally objectionable orders—and whether officers increasingly consider themselves duty-bound to resist them—could have profound implications for the future of civil-military relations.

Political scientist and civil-military relations expert Samuel Huntington describes an unequal relationship between the civilian policymaker and senior military advisors in his 1957 treatise, The Soldier and the State. He depicts a thick veil between those in uniform and those elected to govern. Huntington’s vision is of a military rigidly subordinate to civilian control and direction but one granted extraordinary license and autonomy within the prosecution of military affairs. Huntington also rightly asserts that American military obedience is not absolute to the statesman: American service members must be mindful of, and loyal to, the rule of law and the Constitution in performing their duties. During commissioning and promotion ceremonies, every officer is required to affirm this responsibility, swearing to “support and defend the Constitution,” not the President or any other authority.

In reality, the American system has proven much more Clausewitzian than Huntington describes. Statesmen often interject themselves into operational and tactical decisions in war, at times seeming even to issue military orders. Examples include President Johnson poring over maps and selecting targets during the Vietnam War as well as post-9/11 presidential involvement in the approval process to target, capture, and kill suspected terrorists.

So, what recourse do senior military officers have when they are confronted with an immoral order that is nevertheless deemed legal—particularly during a period of national crisis? Huntington offers neither clarity about what these circumstances entail nor meaningful options for dissent or resignation. Huntington states that “a soldier cannot surrender to the civilian his right to make ultimate moral judgments.” However, he muddies his message by then saying that the statesmen is also justified in violating commonly accepted moral principles to further the national interest.

Historical examples include the morally objectionable yet lawful role the Army played in the detention of thousands of Japanese-Americans during World War II and the awareness by general officers during the Vietnam War that American lives were being wasted in an unwinnable conflict. Some of the same moral concerns have presented themselves recently through the publicly released “Afghan Papers.” In an internal Department of Defense interview, Douglas Lute, an Army general involved in the war in Afghanistan, describes the US effort in Afghanistan as a “magnitude of dysfunction.” Lute explains that, with 2,400 lives lost, Americans might begin to ask if the country’s longest war was all in vain and if lives were needlessly sacrificed. The civil-military experience has offered and will continue to present situations that warrant senior officer dissent.

In response to the dearth of ethical guidance on the topic of lawful but immoral orders, civil-military experts have recently developed three ethical response frameworks, differing in costs, benefits, and degrees of risk to civil-military relationships.

Proponents of this framework, like Professor Richard Kohn, represent the traditionalist view that rigid obedience is a core and uncompromising value in the military ethos. They also accept the premise that senior military officers are not morally ‘‘co-responsible’’ with their civilian bosses for the final decisions on policy, war, and peace. In other words, once civilians approve a final military decision, liability in the outcome rests fully on their shoulders and not on those of their uniformed counselors. The traditionalists also believe that civilian leaders, unique from their senior military advisors, have the “right to be wrong” in the sense that they have the constitutional license to contravene the best military guidance and warnings of senior officers, in pursuit of a higher policy consideration, and choose an immoral, and even disastrous, policy.

Traditionalists believe that a senior military advisor serves in the role of “consigliere,” a type of trusted, loyal counsel. The officer provides his best military advice—as well as strident dissent, when necessary—through “voice,” but does so—particularly for the latter—with discretion and through the proper chain of command. As Professor Peter Fever recognizes, “expressing dissent within the chain of command is ‘speaking up,’ and, properly done, ‘speaking up’ does not undermine civilian control.”

Importantly, however, once civilian leaders make a decision, their role as a “consigliere” ends. The military officer is expected to uphold traditional civil-military norms and execute legal orders, even if they appear unwise or immoral. According to Professor Richard Kohn, “even a hint or threat of resignation in protest would be improper.”

Critics of this framework contend that dissent through counsel might prove ineffectual with some leaders and that the more drastic measure, “exit,” must be available as an option to prevent a serious wrong from occurring.

Advocates for a “quiet resignation” framework assert that senior military advisors are in fact “co-responsible” for both the decision-making process and its outcomes. Therefore, these military advisors must retain some moral agency over decision-making and are not “mere instruments” of the statesman. Military-ethicist Lieutenant General (Ret.) James Dubik is the lead proponent of the “resign quietly” framework. He posits that dissent should be expressed through “voice” first, but that quiet resignation should be used if (and only if) military counsel is ineffectively persuasive. In other words, discreet resignation is a last resort. Dubik believes that the morality threshold for resignation must be kept very high and mostly limited to weighty wartime decisions to ensure lives are not “wasted” in unnecessary or unwinnable wars.

To be clear, civilian control cannot be threatened during the act of resigning. Dubik states: “Resignation must be a private affair over principle, not a public affair over primacy. ‘Going public’ changes the character of the resignation from a matter of principle to a political matter.”

Critics of this position assert that it is almost inconceivable that, for such a high-level, senior officer, resignation during wartime or a national emergency could be kept hidden from the public and not seriously damage civil-military relations. And other critics of this framework believe that a truly “quiet resignation” would probably prove ineffectual at influencing the statesman already determined to implement an immoral policy.

Both Don Snider, a professor at the Army War College, and Colonel Andrew Milburn offer the most moral discretion and agency to senior military officers confronted with immoral orders.

Snider compares the military profession to others such as medicine, where doctors can refuse medical services that are ‘‘not medically indicated’’ regardless of how emphatically the patient may request them. Snider believes that senior officers have their own highly developed internal logic on the proper conduct of the profession of arms. He also believes that acts of disobedience and a public resignation may be required on occasion for the preservation of the profession as a “social trustee,” to ensure the military is being used consistently with fundamental societal values and ethical norms.  The situations he lists as warranting such measures include civilian leaders directing the military to plan a war of aggression or one that cannot achieve its strategic objectives, thereby needlessly imperiling the lives of civilians and service members.

Milburn acknowledges the professional risks associated with disobeying an immoral but lawful order and complements Snider’s position, saying, “you have to be confident that you are [disobeying] in accordance with the ethics of your profession. And you had better be prepared to face the consequences if you are wrong.” Milburn provides two examples where he would have refused to obey lawful but immoral orders: 1) the 2003 Coalition Provisional Authority’s orders to disband the Iraqi Army and ban former Baathists from employment in the fledgling Iraqi government, and 2) the carrying out of the Bush administration’s Enhanced Interrogation Techniques, resembling torture, on suspected terrorists.

Richard Kohn critiques that such a norm would increase the proclivity of civilian officials to scrutinize senior military advisors for agreement with policy, malleability, and total loyalty rather than expertise, judgment, and other characteristics indispensable for senior military leadership. This diminished trust could lead to the marginalization of objective military advice from the most complex and sensitive meetings in which issues of national importance are candidly discussed. Mistrust inevitably leads to inferior decisions and national security outcomes.

These three ethics frameworks vary in potential consequences for civil-military relationships and offer uncertain promises of effectiveness in convincing civilian officials to change course. However, there is little doubt that senior military officers in the future will be faced with civilian orders of questionable morality. Each senior military officer will need to internalize the situation—weighing her conscience and military ethic, the personal cost of action, the national interest, and the potential impact to civilian-military relations—to determine which framework offers the most appropriate response. Finally, the military services should commission internal reviews to determine how senior officers serving in their ranks understand obedience, dissent, and principled resignation. Such insight could prove highly informative on the current state of civil-military relations, serving as a prologue to future national security decision-making.

The views expressed in this article are those of the author and do not reflect the official policy or position of the Department of Defense or the U.S. Government.

Steven Katz was an active duty Army officer from 2003-2009. He served two tours of duty to Iraq in ground combat leadership positions: 2004-2005 in Tikrit and 2006-2007 in Ramadi. He holds a master’s in public policy from Harvard University’s John F. Kennedy School of Government, a master’s in business administration from Georgetown University, and is a current student at the U.S. Army War College.