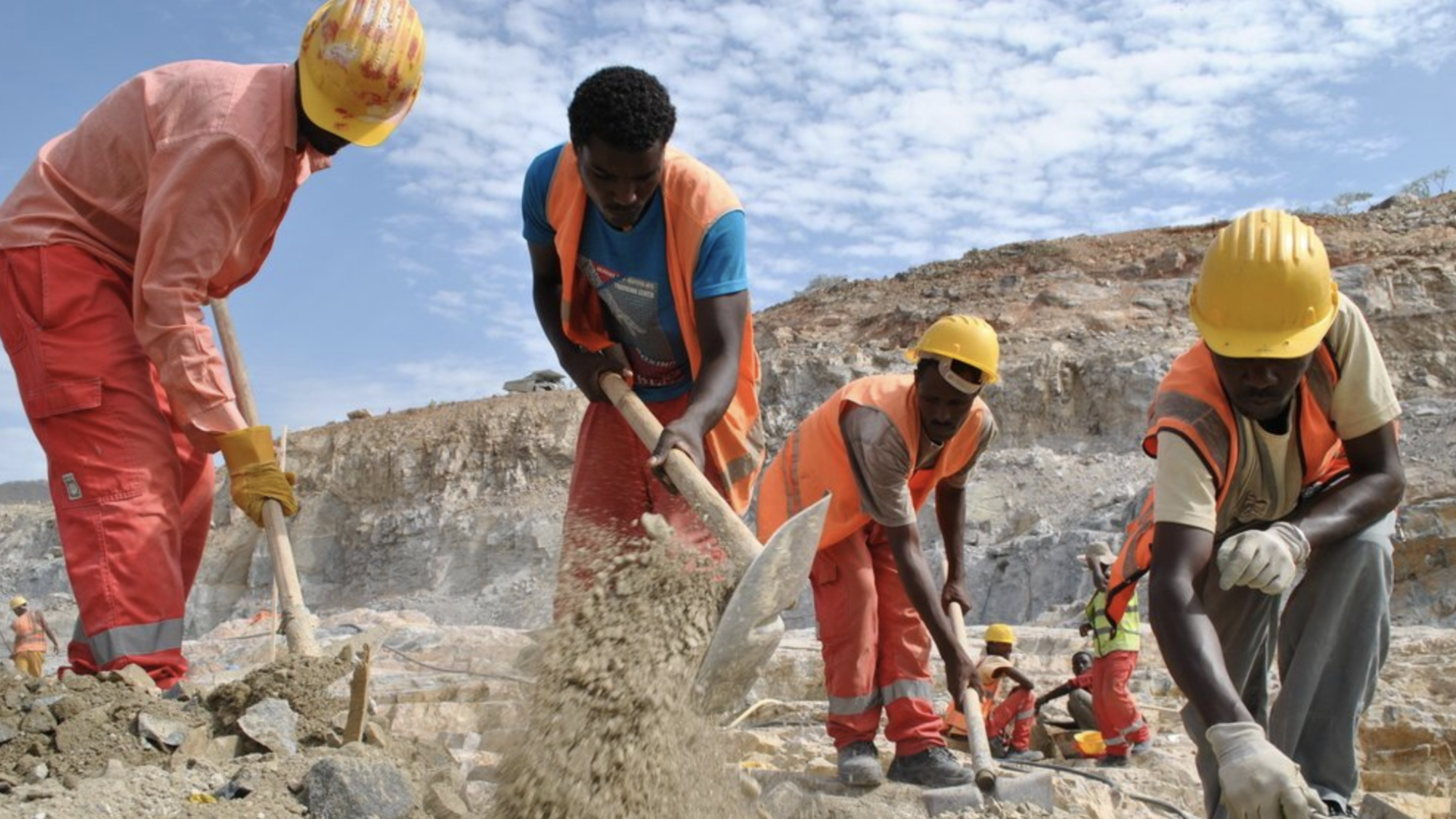 Title: How Natural Resource (Mis-)management in the Nile River Basin May Threaten Stability

As the Grand Ethiopian Renaissance Dam (GERD) nears completion, the Nile River Basin is at a crossroads. The next few months will be consequential for relations between countries in the river basin—notably Ethiopia, Sudan, and Egypt—because dam management upstream could have consequences for the supply of water downstream. Although the three countries began discussions after the project was announced in 2011, they have yet to reach an agreement on how the new reservoir should be filled and managed. Despite the absence of an agreement, Ethiopia intends to begin filling the reservoir this July. This article describes the competing perspectives between countries, explains reasons for the lack of an agreement, and provides recommendations for addressing the challenges of the GERD.

If managed properly, the GERD offers benefits to Ethiopia and the wider region. Ethiopia sees domestic electrification and international energy sales from the GERD as its pathway out of poverty, which has plagued the country throughout modern history and shaped its global image since the droughts of the 1980s. The GERD promises over 15 TWh of energy generation annually within a country that currently produces approximately 14 TWh, benefiting Ethiopia and the countries that plan to purchase its relatively inexpensive electricity.

Despite these projected benefits, the GERD has been a concern for Egypt. As the farthest downstream country, Egyptians perceive the dam as an existential threat, since their country is dependent on the Nile for almost their entire freshwater supply. Although 85 percent of the basin’s runoff begins within Ethiopia, the water is minimally used there, before it flows downstream into Sudan and Egypt, where it is entirely diverted into canals for irrigation and municipal uses. Egyptian farmers reuse the agricultural runoff multiple times, heightening their dependency on each drop. To safeguard this supply, Egypt has historically resisted the development of Ethiopian dams, limiting access to international financial support that required agreements with affected countries.

As a result of Egypt’s opposition, Ethiopia made the extraordinary choice to self-fund the GERD. Beyond diverting scarce government resources, civil servants contribute a month of their salaries, and many others, including the Ethiopian diaspora, purchase bonds towards what has become a symbol of national pride in a diverse and often divided nation. Self-funding also allowed Ethiopia to eschew social and environmental impact assessments that major donors such as the World Bank would require.

The kingmaker in the room is Sudan. Historical tensions with both neighbors have given way to recent simultaneous courtships. Despite traditionally closer social and cultural ties to Egypt, Sudan recognizes the benefits the GERD will bring to its own economically impoverished nation. The dam will provide a source of inexpensive electricity, minimize flooding, reduce silt accumulation in its dams and canals, and, most concerning to Egypt, allow Sudan to withdraw additional water to expand agriculture.

Reconciling these differences is critical; however, existing cooperative frameworks are insufficient. The only standing agreement on Nile water allocation was bilaterally signed by Egypt and Sudan in 1959 for the complete use of the river, distributing 55.5 and 18.5 billion cubic meters (bcm) to the two countries respectively, plus 10 bcm for evaporation losses behind Egypt’s High Aswan Dam. The signatories believe this agreement constitutes “historic rights,” despite the fact that Ethiopia was not part of this agreement. Ethiopia instead prefers a Cooperative Framework Agreement that has been ratified by only four upstream countries, and that Egypt and Sudan oppose.

Anticipating Egypt’s opposition, Ethiopia strategically selected the dam’s location near the border with Sudan, making it impractical for irrigation purposes within Ethiopia. Therefore, when Ethiopia claims that the dam will not significantly impact water supply to Sudan and Egypt, they can legitimately point towards its non-consumptive nature. Ethiopia is careful, though, not to make any concessions that might legitimize the 1959 Agreement, as doing so might foreclose their future aspirations for water use elsewhere in the basin.

With its historic position challenged, Egypt now recognizes the need to support Ethiopia’s development but insists that it must not come at a cost to their country. In March 2015, Egypt, Sudan, and Ethiopia signed a Declaration of Principles that recognized the legitimacy of the GERD. The Declaration also embedded the competing legal principles of “equitable and reasonable utilization” of resources and a duty “not to cause significant harm” to other users, found in the UN Watercourses Convention.

Since construction began, negotiations have taken many forms. The countries jointly hired consultants in 2014 to conduct impact assessments and suggest filling and operation procedures, but this effort never materialized. In 2018, the countries formed a National Independent Scientific Research Group (NISRG) to examine and propose operations but did not reach a consensus. Recently, at the request of Egypt, the US Department of the Treasury and the World Bank were invited as observers in a series of negotiations. Ethiopia opted not to attend the final meeting in February 2020, expressing their belief that the US Treasury had overstepped its role as observer. Now, Egypt and Ethiopia have embarked on shuttle diplomacy to garner support from Gulf, European, and African nations, and most recently, a plea by Egypt to the UN Security Council.

For now, we must acknowledge that a real crisis is at hand that threatens regional stability. In addition to long-term concerns about inequitable water usage and upstream development causing downstream harm, these countries face immediate concerns. A drought similar to the 1980s could occur precisely during the filling process, forcing Egypt to abruptly, yet temporarily, reduce its use of Nile water. In this unlikely event, Egypt could face up to 7 bcm of additional annual shortages during the drought due to the GERD. Official Egyptian studies predict dire consequences, with reduced agricultural production of 430 million USD for each 1 bcm of shortage. Other studies project a modest reduction of less than 0.37% for agricultural GDP under the most aggressive filling scenario. If average rainfall conditions prevail, Egypt’s water supply will not be at risk; however, the storage behind the High Aswan Dam will decline substantially, which will likely cause public clamor. These misperceptions could be severely destabilizing in Egypt.

Ethiopia, Sudan, and Egypt can avert the crisis if they plan cooperatively. Examining how much electricity Ethiopia can consume or sell during the filling period will help determine how soon and how much the reservoir needs to fill to meet this demand. The countries must also agree on arrangements that assure releases for critical downstream needs during times of severe drought. These arrangements would entail a collaborative identification of drought conditions, a willingness from Egypt to constrain usage during such conditions, and a willingness from Ethiopia to release additional water. Such a solution could be coupled with a financial compensation mechanism to extend the filling period under drought conditions, financed by concerned European countries.

Building on the lessons learned from reaching an agreement for the filling period, the countries must then commit to reaching a long-term settlement to manage future multi-year droughts cooperatively, given changing climate, demographic, and economic pressures. A long-term settlement should also acknowledge that Sudanese and Egyptian water needs can only be met during critical drought if the GERD continues to release water and generate electricity. If Ethiopia, Sudan, and Egypt recognize that their interests are not mutually exclusive, political resolution may be possible.