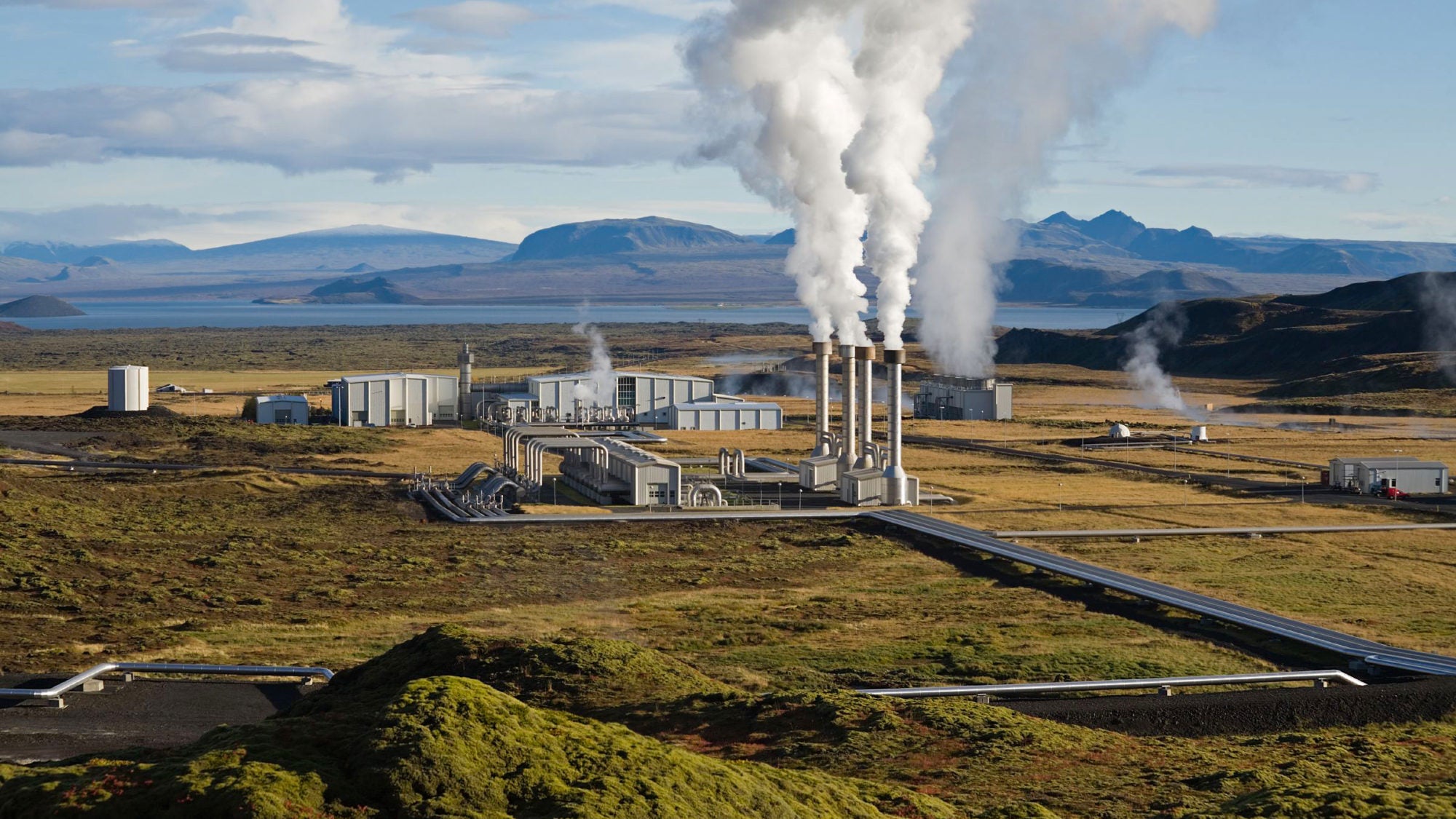 The discovery of natural gas fields in Israel’s Eastern Mediterranean offshore areas has moderated the country’s total dependence on energy imports. Israel crude oil production is miniscule and there are no known coal reserves. Oil demand in Israel, especially in the transportation sector, is met by imports which makes it vulnerable to the vagaries of global oil supply. Crude oil constitutes about 50 percent of Israel’s total oil imports, and the country exports small quantities of refined products. Natural gas, however, has provided a potential solution to Israel’s energy security concerns. It has become the “fuel of choice” in electricity generation and has crowded out coal as the dominant energy source. A small amount of natural gas is also used in industrial operations and cogeneration. In 2019, Israel consumed 11.25 billion cubic meter (bcm), nearly all met by domestic production. Apart from providing vital energy security, Israel hopes that its offshore gas resources can serve as a diplomatic tool to improve relations with its Arab neighbors. Shared economic benefits through gas trade, Israeli leaders believe, will promote cooperation with regional countries and mitigate conflicts that have long informed the political landscape of the region.

In 2018, Israel’s primary energy consumption came mainly from petroleum and other liquids (44.7 percent), natural gas (35 percent), and coal (18.3 percent), according to the latest BP Statistical Review of World Energy. Since its first natural gas field went online, natural gas consumption in the Israeli economy has steadily increased tenfold over a fifteen-year period—from 1.19 bcm in 2004 to 11.25 bcm in 2019.

Israel has also been a natural gas importer, with a substantial portion of its natural gas requirements supplied from Egypt for a brief period during the five-year run of the Al-Arish-Ashkelon pipeline from 2008 to 2012. In its suite of supplies, Israel also imports a small amount of liquefied natural gas (LNG) from a floating regasification terminal installed in 2013 off the coast of Hadera. The Mari-B field—discovered in 2000—provided the first commercially significant volumes of domestically-produced natural gas to the Israeli economy.

Tamar and Leviathan, two large and prolific fields discovered in 2009 and 2010, respectively, boosted Israel’s energy supply. Further energy exploration in the country’s offshore areas in the following years uncovered a host of smaller fields that together added up to significant reserves. Israel held about 413 bcm (14.6 tcf) of proven gas reserves at the end of 2018, equivalent to 36.7 times its current annual consumption. It implies that Israel has about thirty-seven years of gas left at current consumption levels, excluding unproven reserves.

Until its depletion in 2013, the Mari-B reservoir supplied a total of 25 bcm of natural gas to Israel’s markets. Since then, the Tamar field has largely met the country’s natural gas requirements. In 2019, the Tamar reservoir provided about 10.48 bcm, close to 93 percent of the total supply. With an annual production capacity of 12 bcm, the on-streaming of Leviathan reservoir in late December 2019 provided additional security to Israel’s energy sector and created the opportunity for more natural gas exports.

Gas discoveries have been a turning point in Israel’s energy status, creating greater energy independence for a state that is an “energy island,” isolated from the region’s energy system or electricity grids and dependent on far-flung foreign suppliers for fossil fuels. Besides an assurance of supply for several decades, Israel has acquired the potential to export natural gas, a radical change from being an importer only a few years ago. In 2017, Israel started exporting a small amount of gas to two Jordanian entities, and the onset of Leviathan has allowed large supplies to be exported to Jordan and Egypt over a long-term.

For Israeli policymakers, the nation’s gas resource can be employed as an effective instrument of foreign policy. This idea of “economic peace” relies on the premise that, by fulfilling the energy needs of its neighbors, Israel can foster cooperation in the region, underpinned by mutual interests and interdependence. Israel can thus enjoy closeness with its Arab neighbors like never before and help it integrate firmly in the region.

But in a fractious environment of the Middle East, can economics outflank politics? Will realpolitik underpinned by gas requirement and security lead Israel’s regional enemies to ignore issues that have bedevilled their relations for decades? Many doubt the proposition that the gas resource of Israel will alter Israel’s relations with the Arab world or ameliorate tensions that have festered for years over the Palestinian issue in any fundamental way; others believe Israel’s gas reserves are not large enough for export and are likely to run out soon.

Natural Gas and the Israeli Economy

The discovery of natural gas resources in the country’s offshore areas has significantly improved Israel’s energy security. In the ten years from 2009 to 2019, electricity generation from natural gas has registered a triple digit increase of 120 percent. At the same time, energy consumption from coal has decreased by more than half. In 2019, Israel produced about 64 percent of electricity from natural gas, 30 percent from coal, and the rest from solar, wind, oil, and other sources. The electricity sector consumed about 8.81 bcm, accounting for 78 percent of natural gas demand—a 3 percent reduction in demand compared to the previous year, due to increased penetration of renewables.

Israel is set to completely stop using coal by 2025. The Israel Electric Corporation’s (IEC’s) old and polluting coal-based units at power plants in Hadera and Ashkelon will be replaced by combined-cycle natural gas turbine (CCGT) units with augmented capacity. The recent reforms in the Israeli electricity sector, which reduced the IEC’s share in electricity generation from 60 percent to 40 percent, offer opportunities for the independent power producers to run more gas-based plants.

Industries are increasingly using natural gas as a combustion substitute for mazut, diesel, crude oil, and liquefied petroleum gas (LPG) to produce heat to process and produce a host of materials, including cement, plastic, papers, fertilizer, rubber, oil refining, desalination, etc. In addition, through onsite cogeneration or combined heat and power (CHP) plants, these industrial units are concurrently able to produce electricity using natural gas as well as utilize the residual thermal energy (hot water and steam) in their operations. Natural gas use in cogeneration has increased progressively, from 2013 (0.28 bcm) to 2018 (0.58 bcm), counting a triple digit growth. In 2019, at least five industrial plants which used cogeneration were even able to sell surplus electricity over the grid. Sometimes, they act as a “peaker,” available to the grid during peak consumption.

Natural gas consumption in industries, excluding cogeneration, nearly doubled to 2.44 bcm since 2013, excluding gas consumption by industry for electricity generation. The year-on-year uptake from 2018 to 2019 alone showed a 20 percent growth, attributable to the allocation of governmental subsidies for accelerated expansion of distribution networks. Israel’s Ministry of Energy is providing financial incentives to industrial consumers to connect to the distribution pipelines and convert their internal operations to natural gas.

The Israeli government aims to get rid of oil in the road transportation sector by 2030 by promoting a transition to natural gas trucks and completely banning the import of vehicles running on gasoline and diesel. The government has decided to allocate NIS 99 million ($26.6 million) to finance the construction of thirty-seven stations. These stations will be connected in part to the transmission grid, in part to the distribution grid, and some will be serviced by compressed natural gas CNG tankers. The transmission system, built and operated by the state-owned Israel National Gas Lines (INGL), consists of, among other systems, about 700 kilometers of pipelines that traverse the length and breadth of the country, supplying high-pressure natural gas to major consumers such as electric power generators (IEC and IPPs), large industrial plants, and six franchisees granted a regional distribution license each, to supply gas at low pressure to smaller consumers like medium-and small-sized industries and hospitals.

In addition, the Knesset’s Finance Committee approved the excise tax on fuel that will allow the integration of natural gas in transportation, as a replacement for diesel.

Natural Gas Benefits to the Economy and the Environment

The use of indigenous natural gas has created tangible monetary benefits to the economy. During the fifteen-year transition to natural gas from 2004 to 2019, Israel saved approximately NIS 71.3 billion ($20.33 billion). More than 78 percent or NIS 55.7 billion ($15.88 billion) of these savings came from the electricity sector and a significant reduction of fuel oil, while about NIS 15.6 billion ($4.45 billion) came from the reduction of LPG and diesel use in the industrial sector.

The expanded use of natural gas use has also reduced atmospheric emissions. Sulphur dioxide emission has gone down by 57 percent and nitrous oxide by 40 percent, resulting in improved air quality and better human health. The restrictions on the generation and disposal of fly ash have also contributed to greater health safety of Israeli citizens. CO2 emissions per capita reduced from 8.1 tonnes of CO2 per capita in 2013 to 7.0 tonnes of CO2 per capita in 2018, a drop of 13.6 percent. By 2025, CO2 emissions from electricity production are expected to decline by over 30 percent.

Export Controversies and the Future of Israeli Natural Gas

After receiving recommendations from an inter-ministerial committee charged with mapping Israel’s natural gas industry in 2012, the Cabinet decided to allow for exports of about 40 percent of the estimated 950 bcm of Israeli gas reserves. However, some sources argue that Israel’s reserve base is much narrower and chances of major gas discoveries in the future are unlikely. According to trackers, Israel’s proven reserves since the first discovery seventeen years ago have amounted to 176 bcm, much less than estimates used for policy. They have warned that if the long-term contracted export of 131.8 bcm of natural gas to Jordanian and Egyptian entities continued, the country’s energy future could be soon imperilled.

Using the gas trade as a diplomatic-strategic instrument to transform regional relations and enhance Israel’s security in the region is a flawed approach. Regional facts have exposed these flaws. While gas imports from Israel are politically unpopular in Egypt and Egyptians are generally chary of greater cooperation with Israel, Jordanians have expressed their opposition through street protests and rancorous debates in the Parliament. Further, the Sinai portion of the pipeline carrying gas from Ashkelon to Port Said remains exposed to the dangers of bombing and sabotage as it was in the wake of the Arab uprisings.

Lebanon and Israel remain daggers drawn over a triangular sliver of maritime area, even as Beirut, dealing with a dire electricity crisis for a few years, could have benefitted from facile gas import from a neighbouring country. A Palestinian power generation company has withdrawn from a deal to buy natural gas from Leviathan, particularly given Israel’s continued restrictions on the development of their Gaza Marine fields. Even Turkey’s genuine interest in buying gas from Israeli offshore fields is on the wane in the context of the intensification of political conflicts between the two countries, one of which is ironically over gas exports in the Mediterranean.

Contrary to the Israeli government’s hopes, gas trade-related incentives are not helping reduce conflict or normalize Israel’s relations in the region. In view of the shortage of gas and lack of diplomatic advantage, many Israelis have long argued to keep local gas secure for local use and away from any speedy extraction policy, and believe that, in the long-term, it is better to hold than to export.

Sujata Ashwarya is an Associate Professor in the Centre for West Asian Studies at Jamia Millia Islamia (a public university) in New Delhi, India. Her research interests include, politics and foreign policy of Iran, Iraq and Israel, the role of great powers in the region, India’s relations with regional countries, and politics of energy in the region. She is a guest contributor to the Middle East Institute (Washington, D.C.).