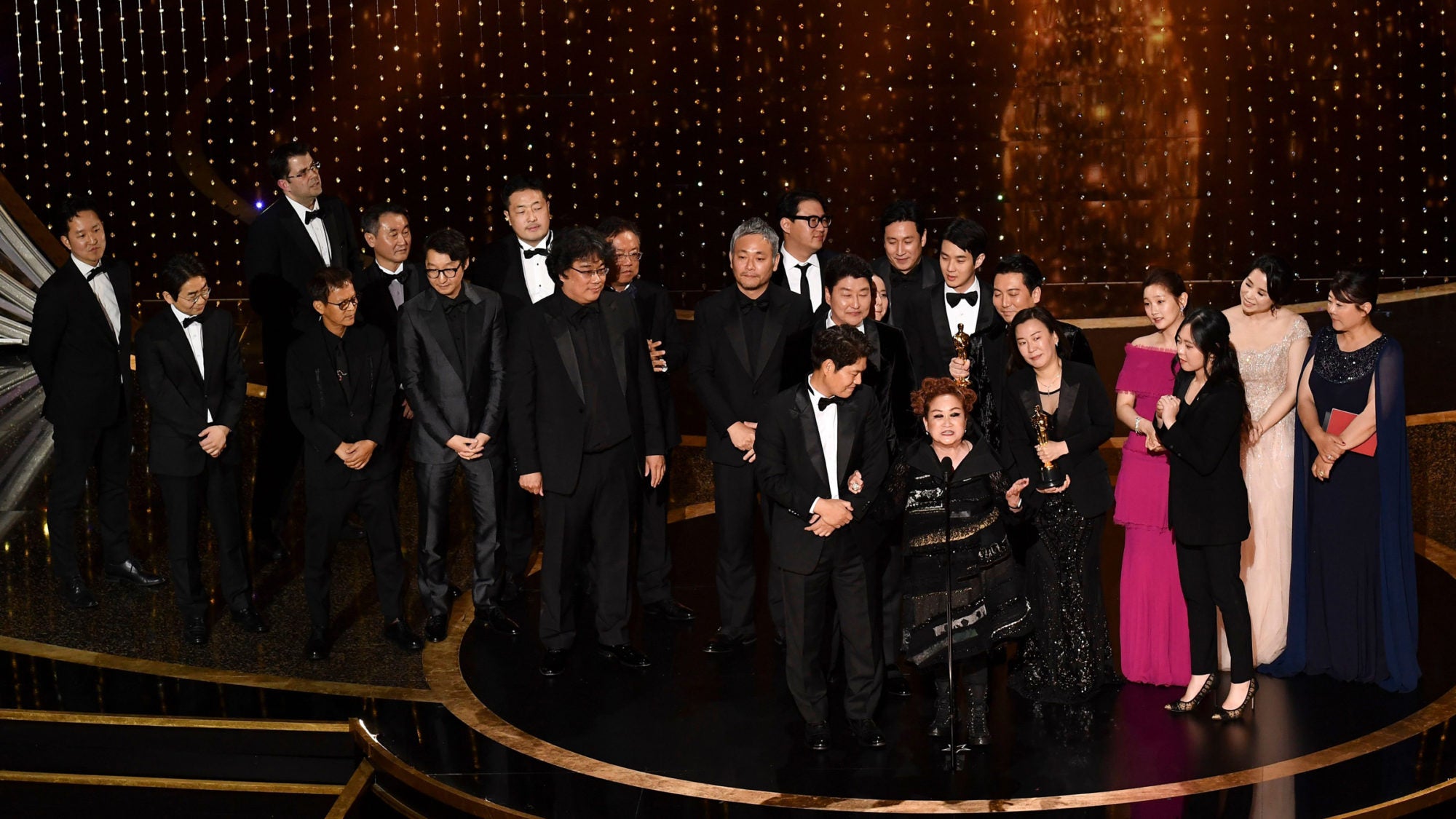 In early 2020, South Korea achieved two major cultural industry breakthroughs. Bong Joon-ho’s Parasite became the first non-English speaking film to win Best Picture at the Academy Awards, its most prestigious honor, along with Best Screenplay, Best Director, and Best International Feature Film. BTS, the seven-member South Korean boy band, continues to dominate the global music scene, releasing its new album Map of the Soul: 7 on February 21. This was its fourth No. 1 album on the Billboard 200, after having already topped the chart with its last three albums in the past two years. These are unprecedented accomplishments that confirm the continuous growth of Hallyu—the Korean Wave—a term describing the rapid diffusion and export of South Korean popular culture to the global cultural markets, ranging from digital contents, such as video games and webtoons (webcomics), to K-pop (Korean popular music) and television programs. This historical moment has prompted scholars, creators and followers of cultural content, and policy makers to examine its future. The nascent surge of the Korean Wave around the world has not only expanded South Korea’s economy but also strengthened its soft power and cultural diplomacy.

The Korean Wave became a global phenomenon thanks to the prevalence of digital platforms and the persistent efforts of entertainment companies. Until the end of the 2000s, the Korean Wave was recognized only within Asia with fans mostly in their teens and twenties. Since the early 2010s, social media platforms such as YouTube, Facebook, and Viki have played a primary role in spreading South Korean cultural content more widely in global cultural markets. CJ E&M, the largest entertainment company in South Korea, and Netflix have entered into a strategic partnership, highlighted by a multi-year content production and distribution agreement since 2019. These digital platforms have fundamentally transformed the circulation of local cultural content to reach a wider audience. Previously, people bought CDs, caste tapes, and DVDs in order to enjoy Korean popular culture; nowadays, social media and on-demand platforms like Netflix have replaced the physical formats, becoming the predominant form of cultural consumption for a global audience, as exemplified by Parasite and BTS.

The expansion of South Korea’s cultural industries has boosted its domestic economy. The nation’s export of cultural goods and services has grown exponentially: a forty-time increase from $188.9 million in 1998 to $7.5 billion in 2018. The soaring popularity of South Korean cultural content has also prompted South Korean corporations to recruit more cultural content creators, such as writers, film directors, television producers, music composers, and crew members. The overall number of employees in the South Korean cultural industries increased from 575,060 in 2005 to 644,847 in 2017, consisting of 3% of the entire job market, which was bigger than the sizes of the semiconductor, computer, and telecommunications sectors in 2017. The Korean Wave has also caused a ripple effect as other industries—including tourism, cosmetics, foods, fashions, and electronics—have greatly benefited from its global success. According to Korean Development Institute, the export of every $100 worth of cultural content had led to the export of $248 worth of these consumer goods between 2011 and 2016. During the same period, K-pop especially became one of the most influential cultural products exported from South Korea, generating as much as 17.7 times increase in the export of consumer goods, including cosmetics and foods. Though an exaggeration, a common saying among the South Korean people that digital contents and popular culture “feed the nation” accurately depicts the influence of the Korean Wave on the national economy.

In addition to stimulating economic growth, the Korean Wave enables the government to enhance its national image and acquire soft power for the attractiveness of its cultural content. South Korean popular culture becomes more than entertainment or art but a method by which South Korea can promote human development, nurture intercommunity interaction, and establish collaboration between countries. The Korean government has thus aspired to utilize the Korean Wave in support of its foreign policy goals. Notably, a South Korean actor, Jeon Kwang-ryul, visited northern Iraq in 2012 with the invitation from the then-First Lady, Ms. Hero Ibrahim Ahmed, for his leading role in a K-drama which was unprecedentedly popular in Iraq. Ms. Ahmed also sent an invitation letter to the Korean Embassy in Iraq and South Korea’s Ministry of Foreign Affairs and Trade to issue a passport permit for all South Korean citizens, given that South Korea was imposing a travel ban on Iraq. The successful utilization of the Korean Wave in diplomacy established a model for many countries to also broaden their support to cultural sectors.

Even though the Korean Wave has gained global prominence, South Korea’s cultural industries also face economic, political, and social challenges. For example, the United States–Korea Free Trade Agreement since 2006 included a provision that reduced screen quotas—the number of days per year reserved for domestic films at theaters dropped from 40% to 20%. The South Korean government had to sacrifice some of its key protective measures domestically for the success of the Korean Wave overseas. Furthermore, the significance of its cultural sector can be used against the South Korean government. In late 2016, the United States and South Korea jointly announced the deployment of Terminal High Altitude Area Defense (THAAD), an American anti-ballistic missile defense system. China, considering the deployment a threat to its own security, retaliated by stopping airing Korean dramas, movies, TV shows, and commercials that featured Korean celebrities for several years, which hurt the cultural industries. In addition, due to the increasing role of Netflix in the Korean cultural market, firms in cultural industries suffered from less funding and network. Having to work with global platforms has resulted in a loss of cultural identity as firms emphasize Western cultural values to attract a global audience.

People around the globe are keen about the future of the Korean Wave because the continuous prosperity of a local culture in the global cultural markets could send an inspiring message about understanding and inclusion. The success of the Korean Wave may also be a signal of the shifting dynamics between Western and non-Western cultures. These implications suggest that the Korean government may need to pursue policies to further prosper some cultural forms and digital technologies in the global scene. The Korean cultural industries must also develop innovative strategies to diversify the circulation of cultural content and guarantee the quality of production to overcome any upcoming challenges. Strong collaboration between the public and the private sectors on cultural development could prolong the influence of the Korean Wave.

Dr. Dal Yong Jin is Director of the Center for Policy Research on Science and Technology, Distinguished SFU Professor, and Graduate Chair in the School of Communication at Simon Fraser University, Canada. He was a Visiting Associate Professor at Yonsei University, Korea.