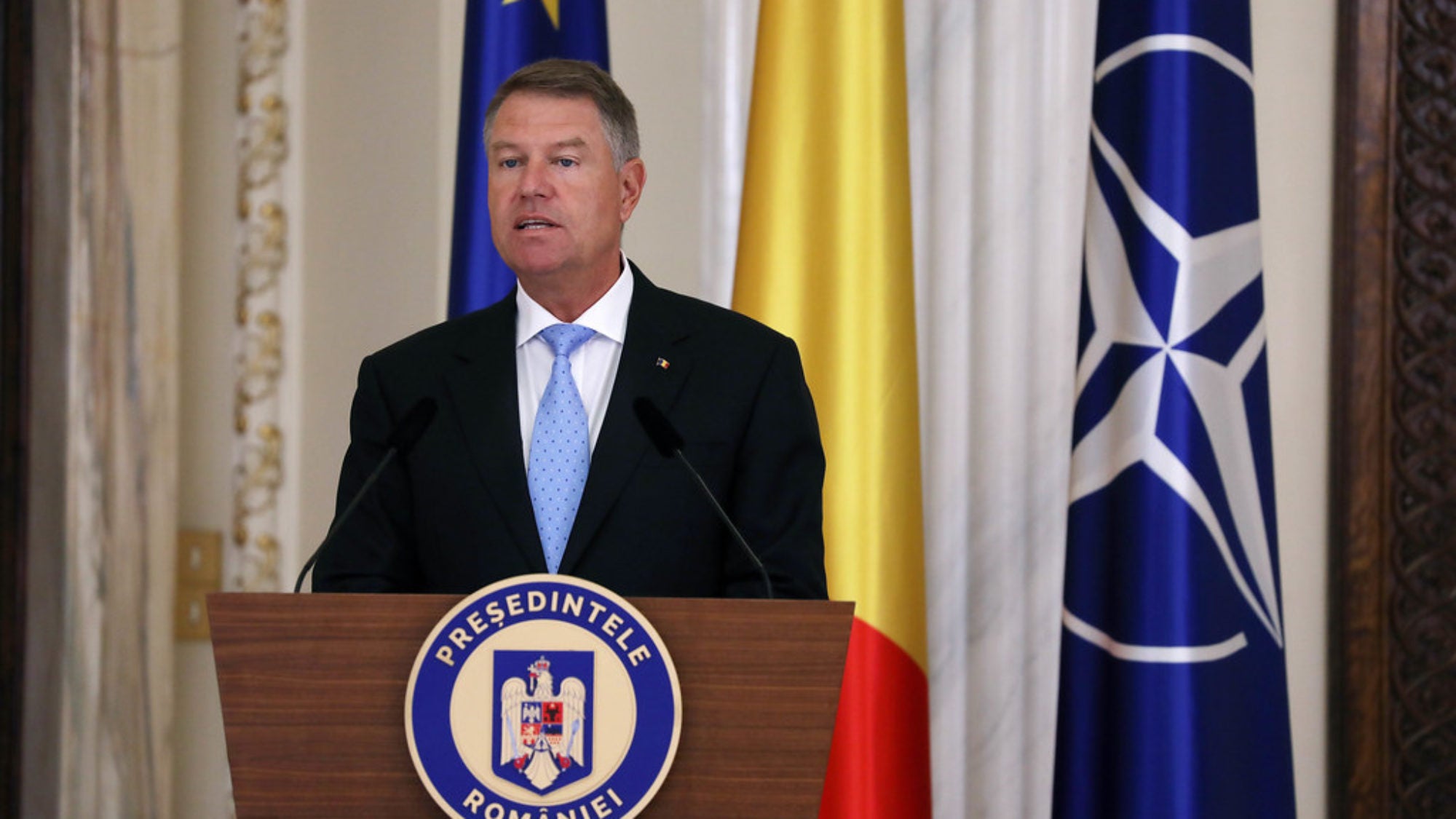 Nicolae Ceaușescu, Romania’s communist dictator executed by firing squad on December 25, 1989, “lived and died like a lion,” proclaimed a January 2020 Sputnik-Moldova column, demonstrating that fiction is the lie by which to tell a bigger lie and not “through which we tell the truth,” as Albert Camus describes it. This particular disinformation, written by a regular contributor to Sputnik, one of Russia’s premier disinformation sites, describes  Ceaușescu—the apprentice shoemaker who took over the country in 1965 and transmuted into a North Korea’s Kim Il-sung-like character in the 1970s—the hero who “rebuilt the nation.” Only the “donkeys” among Romanians “hit the old lion—when foreign forces drained him of power!” the columnist/journalist continued with the Arthurian-like legend. “The old lion died singing, ending a life of glory—not as the donkeys wanted, in humility! His final song, with a hushed voice—of a lion in agony, but no doubt a lion!—even now covers up the noise of [the] bullets and the hysterical and lying laughter of [the] donkeys.”

Setting aside the absurd rhapsodizing, this is no mere revisionist history but a message with both tactical and strategic aims, as is all of Russia’s comprehensive manipulation of information. The Kremlin’s information war employs disinformation, misinformation, false and falsified news, conspiracy theories, and propaganda, and is directed at states that, since 1989, are no longer in its orbit, as well as  others throughout Europe and beyond. Most of it is customized to each target country, yet a generalized approach is also utilized— for example, the often-repeated claim since January 2020 that the coronavirus originated in the United States  or in American and NATO biological labs that are spread all over China.

Sputnik’s ode to a fictionalized Ceaușescu advises Romanians that only someone like that dictator can once again right the wrongs of the alleged dystopic condition spawned by the country’s membership in NATO and the European Union, its embrace of democracy and open markets, and general Western leanings. The coronavirus pandemic, too, provides an opportunity to remind Romanians of capitalism’s ruinous effects and the allegedly vanished benefits of the pharmaceutical industry that Ceaușescu developed, not by “luck,” but rather thanks to his “correct thinking.”

This dovetails with Russia’s overall aims in Romania and other former communist countries of creating distrust of national leaders and institutions; spreading panic, confusion, and apropos policies; and stimulating xenophobia, anti-Americanism, and anti-Western feelings. Sputnik distributes its fare in over thirty languages and has six regional offices worldwide; its Romanian-language operation established itself in Moldova only after its presence in Romania was rejected in 2012. [1]

Ana-Maria Luca, a Senior Researcher at the Global Focus Center (GFC), a Bucharest-based institution tracking Russia’s information war, describes how it includes subtle and not-so-subtle messages that the EU disrespects Christian spiritual values, “acts like a colonial power,” and treats Romania and the rest of East and Central Europe by different standards. Furthermore, Romanians are reminded that they have an entrenched “deep state” that is working in partnership with the world-controlling George Soros. [2]

Moscow also regularly interferes in Romanian elections and occasionally increases its diablerie in the continuing dispute between Bucharest and its Hungarian minority, and with Budapest over its ongoing anguish for losing Transylvania in 1918. Mihai Răzvan Ungureanu, the former Romanian Prime Minister, Director of the Foreign Intelligence Service, and Minister of Foreign Affairs, confirms that Kremlin fictionalists target historical sore points like the issue of Transylvania and the Hungarians. Building on similar historical themes, the Kremlin’s lamentable catalogue of perfidious methods is designed to enhance the feeling that the nation “is under various attacks, from Masons, Jews, its neighbors,” and encourage a “consciousness of victimization,” points out Ungureanu [3].

Overall, GFC and other research groups and journalists found that Sputnik, RT news, and other Kremlin aligned Russian media and Romanian outlets, as well as the bots and trolls employed to spread this disinformation, portray Romania as an American colony. This disinformation hopes to convince Romanians that their country is at the edge of a catastrophe; with untrustworthy institutions; whose reforms in the justice system over the last few years have been harmful; and where the LGBTQ community and ethnic minorities are a problem.

NATO: One Bone in Russia’s Maw

In the interstices of its deliberate, premeditated informational attacks, Russia’s information warfare opportunistically, swiftly, and vigorously makes use of every bona fide occurrence in an attempt to force-feed  anti-NATO, anti-American, and “you are victimized” messages. Such is the case with Romania’s NATO membership and the alliances’ facilities, including two bases on its territory—anathema to the Kremlin and, therefore, continuously in the crosshairs of its information war trebuchets.

American and other NATO troops use the Mihail Kogălniceanu base, sixteen miles northeast of the Black Sea city of Constanța, as well as  the one at Deveselu in the south of Romania, where an American Aegis Ashore ballistic missile defense system was activated in 2016. Romanians are unceasingly reminded that NATO-American troops and their weaponry stationed at the bases place the country at military risk and are often prodded to renounce their goodwill for the NATO alliance and the US military.  Additionally, as explained by NATO Deputy Secretary Mircea Geoana, a former Romanian minister of foreign affairs and ambassador to the United States, Russian disinformation “attempts to spread the false narrative that NATO is an aggressive alliance that forces the Russian Federation to defend itself.” He goes on to say, “given the resources deployed and the intensity of such campaigns, they increasingly represent a challenge to our nations and our Alliance,” and NATO’s response is to “actively counter fake news on social media, and engage with the press to correct an increasing number of false news stories.” [4]

Showcasing the creativity of the Kremlin’s fiction-cum-Faustian inclined writers, a January 23, 2020 Sputnik article about a “real bordello” operating at the Kogălniceanu base again tried to elicit anti-American and anti-NATO sentiments. It piggybacked on a story in the Romanian newspaper Cotidianul about unsubstantiated allegations made in 2019 by a Romanian translator working for the American military that there was sex trafficking of underaged girls in 2013-2014. According to Sputnik, the Kogălniceanu story is also tied to the all-too-real 2012  crime in which two girls from Caracal, near the Deveselu base, were abducted and murdered by a known Romanian sex trafficker. However, Americans did not arrive at the Deveselu base until 2013 and “there are no indications regarding the involvement of US soldiers…in the Caracal case investigations,” according to the Romanian Directorate for Investigating Organized Crime and Terrorism (DIICOT) in mid-2019. Facts are irrelevant to Sputnik’s intended message that the amoral American conquerors conspiratorially manipulate domestic politics and politicians, defile and corrupt young women, and endanger the country with their presence. Some of Romania’s mainstream media demolished the claims of American involvement in Sputnik’s bordello-sex trafficking stories, which, in a follow-up column, the minstrel of the Ceaușescu-the-hero ballad attributed with delectable irony to “propagandists and professional manipulators who came with a different interpretation, trying to say that the whole world is lying.”

Romanians in general are not easily fooled by Russian disinformation, misinformation, false news, hoaxes, and propaganda, yet there is a minority among them who are either witting or unwitting accomplices in propagating the fictions designed to tell bigger lies (see Part II).

Peter Gross, PhD, is professor emeritus at the University of Tennessee; a non-resident Fellow at the Center for Media, Data and Society, Central European University (Vienna, Austria); a columnist for Transitions Online; and the co-editor of the Journal of Romanian Studies. He has written extensively on the subject of East European media and its evolution since 1989.