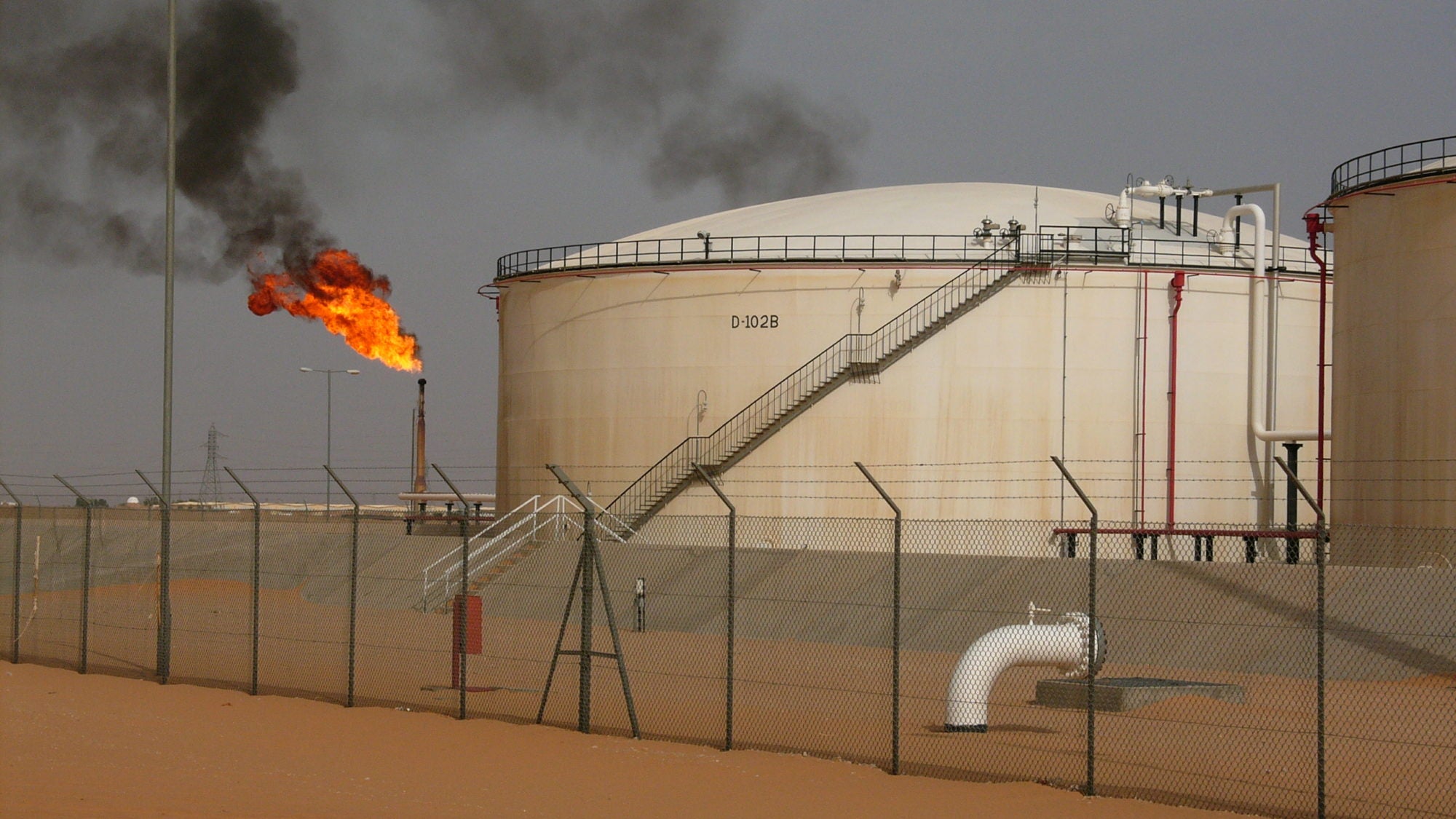 Title: Making Sense of the Crisis in the Eastern Mediterranean and Turkish Involvement in Libya

Tensions have been rising following the discovery of energy resources in the Eastern Mediterranean. The announcement by Exxon Mobil in early 2019 that the world’s third-largest gas reserve might be in the region quickly moved the geopolitical situation beyond the Turkey-Greece-TRNC-GASC (Turkish Republic of Northern Cyprus-Greek Administration of Southern Cyprus) equation. It has led to the creation of new blocs in the Middle East, North Africa, and the Mediterranean and has deepened the cohesiveness of existing blocs. Energy-related regional and global discussions regarding Turkey such as those over Nabucco, Nabucco West, TANAP, and Turkish Stream focused on Turkey’s energy demand and its role as a transit route which could contribute to its regional and global diplomatic and military position and its relative hard power. Nevertheless, the tension over the Eastern Mediterranean focused mainly on the latter before Turkey’s energy-driven ambitions. This tension spilled over to the Libyan crisis, in which Turkey turned the tide of the civil war by joining the side of the UN-recognized Libyan government by signing a maritime delineation and a security cooperation agreement. Turkey’s ultimate aim in this intervention is to reshape its position in the Mediterranean energy dispute.

The number one issue behind the crisis is the question of “overlapping parcels” of gas exploration over which both TRNC and GASC claim authority, and thus various international energy companies are also involved. In late 2019, Turkey responded to the rising tension by sending two drilling ships, Fatih and Yavuz, to the region. Together with two seismic exploration vessels, Barbaros and Oruç Reis, Turkey currently has four vessels in the region, symbolizing its insistence on the TRNC’s rights over its continental shelf.

In addition to Turkey, Greece, the TRNC and the GASC, a group of countries including Israel, Egypt, Syria, and Lebanon is also involved due to their geographic proximity and their littoral status. Furthermore, actors such as France (which will soon have a naval base in the GASC), Italy, the United States, and Russia, along with the United Kingdom—a guarantor of the GASC—are also crucial components of the Mediterranean balance.

Putting aside the military and strategic importance of the region, all the resources of the Eastern Mediterranean considered are quite high, referring roughly to 3.5 trillion cubic meters of natural gas and 1.7 billion barrels of oil. This explains why the equation gets tense not only in Cyprus but the whole eastern Mediterranean. The list of companies involved in the dispute—including US-based ExxonMobil, France’s Total, Italy’s Eni, British Gas of the United Kingdom, and Israel’s Delek Drilling and Avner Oil companies—reflects the powers that have a stake in the region.

As a result of the issue, Israel has sought deeper cooperation with the GASC and Greece, especially after the Davos crisis where the then-Turkish Prime Minister Erdoğan stormed out after a harsh debate with his Israeli counterpart Shimon Peres over Israeli Operation Cast Lead, which had a major impact over the Turkish-Israeli relationship; the tripartite relationship between Israel, Greece, and the GASC has also recently experienced the peak point of their relationship from high-level visits to joint military exercises. Evaluated especially on the basis of parcels, Eni stands out as one of the leading actors as it has been given exploration licenses either alone or with other companies in six parcels. The pursuit of a license by the international actors, some of which are already actively involved in the region, in GASC’s declared Exclusive Economic Zones (EEZ) and the parcels have led to the view that the discussion on Turkey’s part is unacceptable. In its pursuit of legitimacy, the GASC signed EEZ agreements with Egypt, Lebanon and Israel, respectively in 2003, 2007, and 2011.

One of the most decisive cases of the United States’s approach to the issue was US Secretary of State Mike Pompeo’s participation in the Jerusalem summit co-organized by the GASC, Greece, and Israel in March 2019, and his support for this tripartite mechanism. Noting that the United States had 10 warships, 130 aircraft, and about 9,000 personnel in the region, US Deputy Assistant Secretary in the Bureau of European and Eurasian Affairs Matthew Palmer stated in June that the region was indispensable for the United States and that the resources there would contribute significantly to European energy security.

While the EU criticizes Turkey’s stance on the Cyprus issue and imposes several sanctions on Turkey—such as the interruption in the transmission of critical financial funds, which had already been underway, and the suspension of negotiations on the Comprehensive Air Transport Agreement (CATA)—Spanish Foreign Minister Borrell announced that he did not find sanctions appropriate, demonstrating that the EU has no consensus about the sanctions against Turkey. It is possible that the Baltic and Eastern European countries, where Russia is active in the energy sector, might be holding divergent views on this alternative line. Turkish Foreign Minister Cavusoglu has said that the EU’s support for the GASC within the framework of EU cooperation makes the problem more challenging and thus prompts Turkey to take necessary steps. Apart from the problems with the US and EU approaches, one of the most crucial regional developments was the establishment of the Eastern Mediterranean Gas Forum in Cairo in January 2019, whose members include Israel, Italy, Palestine, the GASC, Egypt, Jordan, and Greece. When Egypt’s relations with Saudi Arabia and UAE are also taken into account, the inference can be made that a regional block emerges against Turkey’s ambitions. In addition to the joint military exercises of Israel and the GASC, the fact that the UAE was included in the Greek Air Force’s “Iniohos” exercise confirms this argument.

Within the context of the current crisis in the Eastern Mediterranean and the efforts to isolate Turkey especially by the UAE, Saudi Arabia, Egypt, GASC, Greece, and Israel, a key dimension to discuss is Libya. Not coincidentally, Turkey’s involvement in the Libyan crisis experienced a significant rise during the crisis in the Eastern Mediterranean. Turkey made a maritime agreement with the UN-recognized Libyan Government of National Accord (GNA) led by Prime Minister Fayez al-Sarraj and then passed a bill allowing a Turkish military deployment to Libya. The groundbreaking Maritime Boundary Delimitation Agreement will have a major impact on the energy geopolitics of the Eastern Mediterranean, and brings the possibility for Turkey to reach new agreements with Egypt, Lebanon, and Israel. Turkey aims to show that the maritime boundary delimitation issue in the Eastern Mediterranean cannot be settled without its consent. Turkey’s long-term strategy is to set new negotiation rules for the resolution of the issue by convincing other Mediterranean countries that this approach is more advantageous for them as well, especially by referencing the overlapping parcels issue. Turkey emphasized the significance of the deal by intercepting an Israeli ship in a disputed parcel just after the signing. Hence, its agreement with Libya is a pillar of this long-term strategy. Libya is now one of the focal points of Turkish foreign policy, which is why Turkey further deepened its engagement, having already taken a pro-GNA stance.

Turkish military involvement in Libya—including the provision of unmanned aerial vehicles (UAV) and air defense systems, as well as the deployment of Turkish military and intelligence officials tasked with military training and coordination of Libyan security forces at a command center—was a game changer for the Eastern Mediterranean and Libya. According to official statements, Turkey’s goal in Libya is to stop the ongoing war and ensure a ceasefire as well as the return of Libyan actors in the political process. During his speech on January 6, 2020, President Recep Tayyip Erdoğan announced that the only way to achieve these goals is to establish a balance of power in Libya by supporting the UN-backed GNA government, which is on the brink of defeat by the self-styled Libyan National Army (LNA), based in the east and commanded by Khalifa Haftar. On the ground, since April 2019, the LNA has been carrying out an intense war to seize the capital, Tripoli, having bombarded it for almost a year thanks to the military supplies and Sudanese, Chadian, and Russian mercenaries provided by the UAE, Egypt, and Russia, respectively. The UAE, supporting Haftar’s forces since 2016, had built an airbase in Al-Khadim, about 170 kilometers east of Benghazi, which includes a number of Russian, Emirati, and French aircraft as well as Hawk air defense systems. Moreover, UAE supplied the LNA with a fleet of Chinese-made Wing Loong II, which was responsible for deadly nighttime raids of Tripoli. With this support by the UAE, LNA retained its air superiority over GNA forces; however, this situation has changed with the Turkish delivery of military support such as radar, air defense systems, radio frequency mixing, and night vision devices to Libya in January. Since then, the LNA’s capability to launch air strikes has subsequently diminished and shifted their attacks to ground launch Grad missiles and cannon fire. In Libya, Turkey also faced Russia as in the case of Syria and the two increasingly became the game changers even though a private military company (PMC), Wagner, has been at the forefront of the Russian presence, which is believed to be pursuing the Russian interests abroad rather than pursuing profit maximization.

Essentially, the course of the war and negotiations in Libya reveal that Haftar sees the war as the sole means for resolving the Libya crisis, while a political solution of the crisis required intervention that would force Haftar, who holds military superiority, to sit at the negotiating table and continue negotiations. However, without a holistic policy, international institutions and regional actors, including EU states and the United States, either ignored the crisis or took a side in the civil war, which aggravated it and created a power vacuum. Noting the danger of elimination of one of its few allies in the region and the rise of a hostile regime in Libya, Turkey stepped into Libyan theater, which also enhances its military power projection.

A sustainable and legitimate solution to the Libyan crisis is the key to solving the Eastern Mediterranean energy puzzle. It is an opportune time for the international community to be more vocal about finding such a solution. Turkey’s involvement on the Western Libyan front has shifted the balance of power, and it has caused several actors in the war to reevaluate their own political positions. Negotiations would need to consider possible power-sharing arrangements as well as the allocation of hydrocarbon revenues among relevant parties in Libya. The new alliances that have formed as a consequence of the discovery of new energy resources in the Eastern Mediterranean will contribute to new regional tensions. As such, a long-term solution seems demanding, perhaps impossible, if it does not involve dismantling this polarizing bloc-based rivalry. Since it is unrealistic that one bloc will be able to claim total victory in this energy dispute, pursuing diplomatic efforts that focus on reconciliation and sustainability for the region is the best option. Should the rivalry between alliances continue, it will risk prolonging and exacerbating the Libyan civil war as well as the Eastern Mediterranean energy conflict.

Göktuğ Sönmez is the Director of Security Studies Center for Middle Eastern Strategic Research (ORSAM) and an assistant professor of International Relations at Necmettin Erbakan Üniversitesi.

Nebahat Tanriverdi Yasar, an independent researcher specializing in Tunisia, Libya, and Egypt, is an IPC-Stiftung Mercator Fellow in the Turkey/CATS research division at the German Institute for International and Security Affairs or SWP. 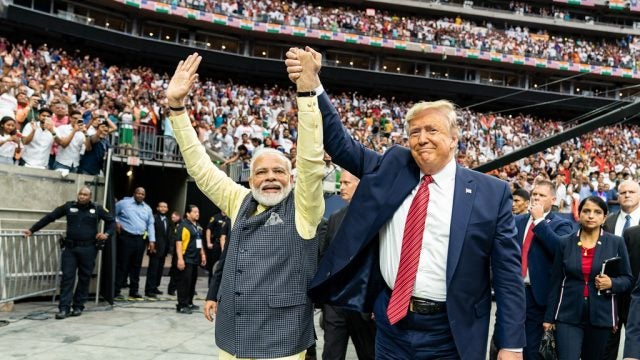 The cauldron of conflict in South Asia has been bubbling since August 5, 2019 when the Hindu nationalist Bharatiya Janata Party (BJP)-led Indian government diluted the provisions of Article 370… 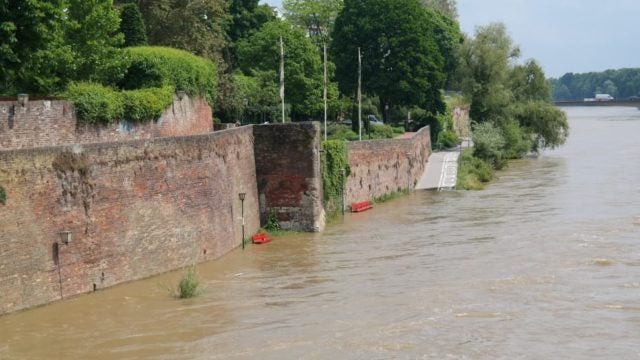 Climate Change and the Insurance Industry: Managing Risk in a Risky Time

Often referred to as society’s risk manager, insurance companies have an important role in the web of climate change complexities. Through their investment, underwriting and advisory functions, insurers are directly… 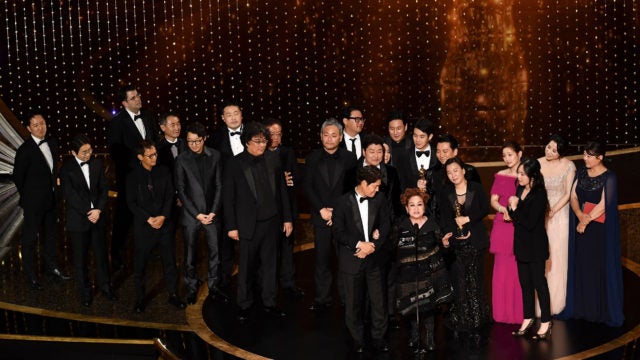