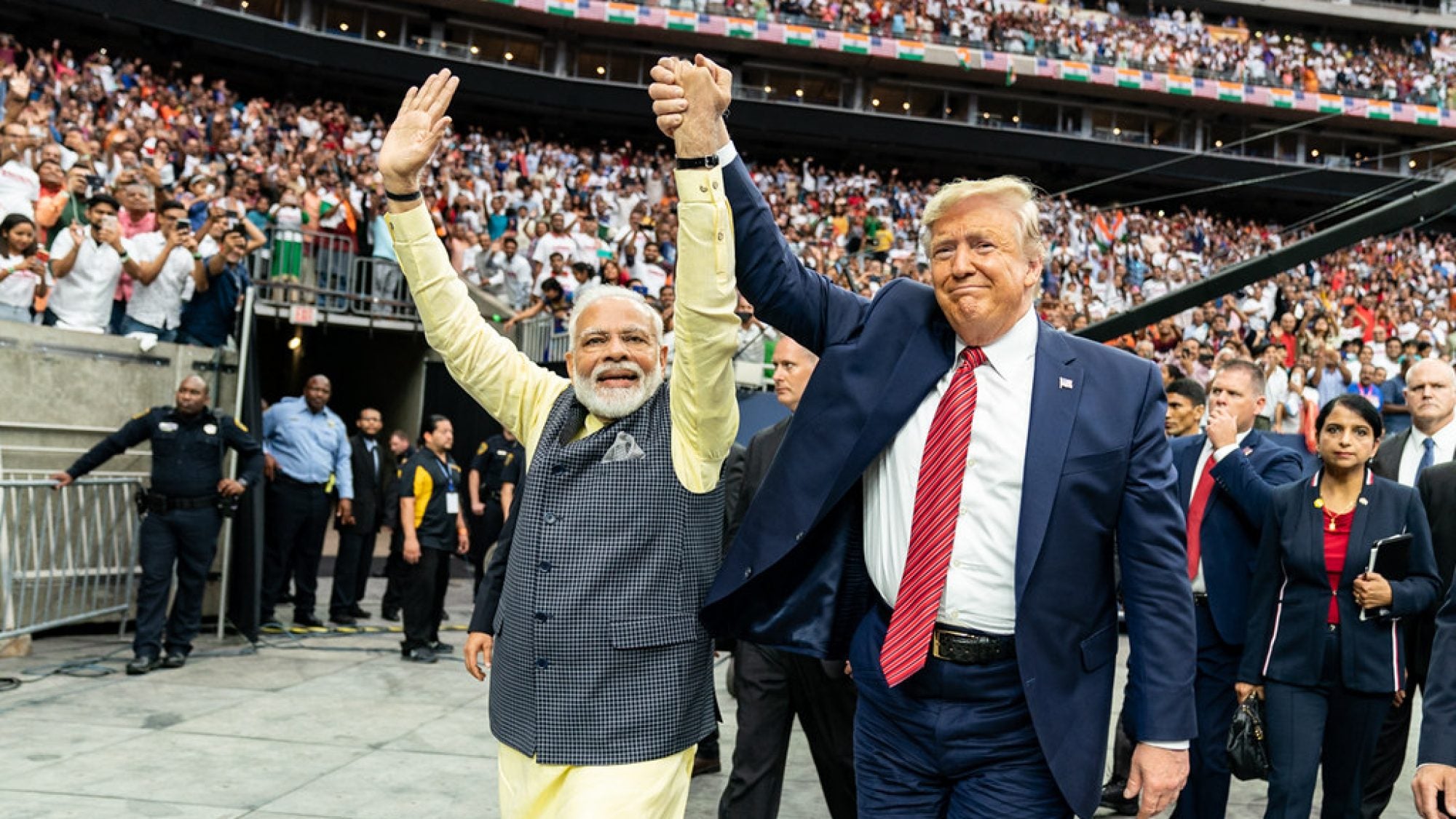 The cauldron of conflict in South Asia has been bubbling since August 5, 2019 when the Hindu nationalist Bharatiya Janata Party (BJP)-led Indian government diluted the provisions of Article 370 of the Constitution of India, giving special status to the disputed state of Jammu and Kashmir, control over which remains at the core of the international dispute between India and Pakistan. Three of the four wars fought between India and Pakistan have been over Kashmir, and the separatist movement (backed by Pakistan) demanding independence has spawned the growth of both insurgent and terrorist groups waging war against the Indian state.

India’s sudden, unilateral decision to withdraw Kashmir’s special provisions drew sharp reactions at home and abroad. The Indian government subsequently trifurcated the state, shut down the internet in Kashmir, and detained much of Kashmir’s political leadership without charges in the interest of “public safety.” Muscular action in Kashmir, against a backdrop of what many economists are now calling a structural economic decline in India have led to strong disruptions in India’s diplomatic ties, especially with the United States.

As voices from Kashmir stay silent and Pakistan attempts to rally support for them internationally, US President Donald Trump has made several offers to mediate and settle the dispute. India maintains that the dispute is bilateral between India and Pakistan and will be resolved bilaterally. However, it doesn’t require deep insight to understand why these offers have been made. In 2000, then US President Bill Clinton called Kashmir the most dangerous place in the world, and Kashmir lies at the tri-junction of three nuclear armed neighbors—India, Pakistan, and China. Given the US’s two-decade military presence fighting the global war on terror after 9/11, and the attempts by China to rise to dominate global trade through the Belt and Road Initiative (BRI) have been a source of tense inter-State relations between the countries. China’s ambitious project, criticized by many as a debt-trap for smaller nations, is contentious for India.

The initiative not only poses a direct challenge to India for regional power, but also to the China-Pakistan Economic Corridor that runs directly through the disputed areas of Kashmir under Pakistani control. China has leveraged its proximity with Islamabad to call attention to India’s actions in Kashmir at the United Nations twice since the dilution of Article 370. Pakistan, on the other hand, blocked several attempts by India to place Jaish-e Mohammed terrorist leader Masood Azhar on a list of UN designated terrorists. A deadly terror attack on an Indian military convoy in Kashmir followed by retaliation air strikes by India gave rise to a possibility of all-out war between India and Pakistan in February 2019. Following this counter-attack, India had its general elections, which saw the BJP win a stunning, thumping mandate. With this, the government had sentiment largely on its side when it pushed the dilution of Article 370 through parliament three-months later.

Two weeks after the dilution of Article 370 and Pakistan Prime Minister Imran Khan’s provocative statements vowing to “teach India a lesson,” China called for a special UN Security Council (UNSC) meeting—underscoring once again the real power behind Pakistan’s bellicosity. China and India also manage an uneasy relationship due to bilateral border disputes on their shared borders.

India banks on global support for its fight against Pakistan-sponsored cross-border terrorism. Four permanent members of the UNSC—The United States, The United Kingdom France, and Russia—along with ten non-permanent members, agreed that Kashmir was a bilateral dispute, and India’s decision to change its internal status could not be brought to the United Nations. Notwithstanding Pakistan’s failure to push the UNSC to act, India’s actions in Kashmir have posed a new set of diplomatic challenges, and the India-US relationship specifically.

Trump’s offers to mediate come against a backdrop of twenty years of prospering mutual bilateral ties and a comprehensive strategic and economic partnership between Delhi and Washington. This strategic framework was intended to ensure maritime security and the right of access to sea trade routes in the Indian Ocean as a counterweight to Chinese expansionism and influence. However, in recent years, the India-US relationship has gone from the highs of establishing a new strategic sphere to protectionism.

The bilateral relationship had received a fresh push with the elections of Modi and Trump. Decisive electoral victories led to heightened expectations, especially on trade ties. If the United States’s repositioning with India to counter China both strategically and economically has begun at the turn of the century, the two strong leaders could only take that forward. The last two decades saw four presidential visits, a nuclear trade deal, and a surge in bilateral trade of goods and services. India shifted a large chunk of its defense purchases to the United States,  and purchases set to further increase. This relationship led to a revival of (now floundering) talks to negotiate a Free Trade Agreement between India and the United States.

For the last two years, Trump’s “Make America Great Again,” and Prime Minister Modi’s “Make in India” campaigns have been at odds with each other. As the Indian economy continues to reel under the impact of the demonetization and a poorly implemented Goods and Services Tax regime, tensions between Washington and Delhi over foreign direct investment and tariffs have mounted. Retaliatory tariff wars have led the United States to file a dispute complaint against India at the World Trade Organization (WTO), and to India now having the dubious honor of being declared a “developed” country by the United States. Missing in celebrations over this newfound tag is the fine print. The classification was changed specifically in order to strip India of preferential trade benefits reserved for developing nations under the WTO. Under Trump, the United States has consistently accused India (and China) of wrongful claims of benefits reserved for truly developing countries and sought to renegotiate trade deals. India has seen nearly 2,000 goods exempted from US trade tariffs until 2019, when it was stripped of its status under the Generalized System of Preferences. The Trump administration cited the absence of equitable and reasonable access to Indian markets for US goods, given trade barriers. For Trump’s protectionist, even isolationist United States, support for India’s regional primacy in Asia has a cost. As the cold war between the United States and China heats up over technology, India has been drawn in. India is looking for ways to drive its new digital economy, and it has not taken a clear position on the possibility of acquiring 5G technology from China, in spite of US warnings of potential security risks.

Nowhere is the United States’s disillusionment with India more apparent than in its equation of China and India on the trade front. It took deft negotiations (and a possible pushback on US exports) to remove India from United States’s currency monitoring list. But economic imbalances and geopolitical quests aside, the India-US friendship has also prided itself as being one of democratic equals—the oldest democracy and the largest democracy. The blooming relationship of the early 2000s saw Washington articulate support for India’s many diplomatic and security endeavors, including a permanent seat at the UNSC. As a strategic ally and partner in the fight against terrorism and countering China’s attempts at hegemony in the South Asian region, it is perhaps Kashmir that became an inflection point as expectations on the economic front began to fade.

China is ready and willing to use its proximity with Pakistan as leverage against India’s current regional prominence, future aspirations, and to keep the India-Pakistan conflict on the diplomatic front-burner by blocking India’s efforts to blacklist Pakistan at the Financial Action Task Force. Pakistan too has been emboldened and uses every available opportunity to raise the Kashmir issue internationally. Seeking to regain moral legitimacy lost over years of tacit support to non-state terrorist actors in Afghanistan and Kashmir, Pakistani politicians and officials have been vocal on both Article 370, as well as a subsequent domestic decision by the Modi government to push through an amendment to India’s citizenship laws that seek to exclude Muslim asylum seekers from Pakistan, Afghanistan and Bangladesh. US Senators sought an assessment on Kashmir, raising concerns over the future of India’s secular fabric. Even as the Modi government tries to play down such slights and attempts to manage ties with handshakes and hugs with world leaders, or events like “Howdy Modi,” the divergence between India’s increasingly majoritarian domestic politics and a secular foreign policy are evident.

That nation states act first and foremost in self-interest is a truism. Contemporary world history is littered with examples of states that have behaved at home in one way and advocated differently abroad. Economic heft has the power to skew the balance, as is evident with the lack of serious global censure against China’s actions in XinJiang. It is this truism that India continues to bank on in the face of growing international opprobrium over its decisions with Kashmir—a truism that underscores the fact that great democracies are simply doing lip service to liberal values in an age of populism.

In spite of protectionism at home, the United States still has several advantages in maintaining comprehensive cooperation with India. Access to Indian markets, especially for defense manufacturing, strategic leverage against China, and even ideological support for Trump’s United States in its part of the world. As India moves from twentieth century non-alignment to twenty-first century strategic autonomy, its unwillingness to get drawn into conflicts between Iran-US, or Russia-US, for example, manifest in abstentions, silence and neutrality – which, from Washington’s perspective should be support enough.

While it is true that India has not faced this much heat over its internal politics abroad in recent history, the question is whether more than just token censure from either the United States, or indeed its lawmakers, is likely if hiccups on the economic relationship, or if ambiguity and ambivalence on strategic disputes continue in the name of national interest. At what is now considered a speech that reflects a paradigm shift in foreign policy, India expressed willingness and capacity for greater diplomatic risk—stitching new partnerships based on common interests—rather than ideological alignments in order to emerge as a leading power. As Indian ministers travel around the world defending the shutdowns, lockdowns, and detentions in Kashmir,  they seems to prove that international opinion, once considered a moderating force in favor of citizens with equity in the state against governments that act against liberal principle is no longer what it used to be. The comity of democracies, led by the United States in the years after World War II, may speak the language of rights and freedoms, of values and principles, but in reality the element of hypocrisy cannot be ignored. Strategic and security imperatives, the quest for economic growth, and the fight against terrorism globally have proven that such norms can often become secondary as inter-state relationships become increasingly transactional.

In spite of what many call a hit to Modi’s image as a global statesman, the prospect of more censure on Capitol Hill, or the statements and obstacles from Pakistan and China, India seems to be telling the world that it is in control of its own destiny at home and abroad. However, as a country known to be an economic liberalizer with pluralist credentials turns increasingly inward and continues to reject both criticism and critique from well-wishers on its Kashmir policy, it remains to be seen how persuasive India’s argument will be.

Maya Mirchandi is a broadcast journalist with vast reporting experience on Indian Foreign Policy, focusing on South Asia and identity conflicts. She now teaches Media Studies at Ashoka University and is a Senior Fellow at the Observer Research Foundation, where she researches the intersections between hate speech, misinformation, populism and violent extremism.