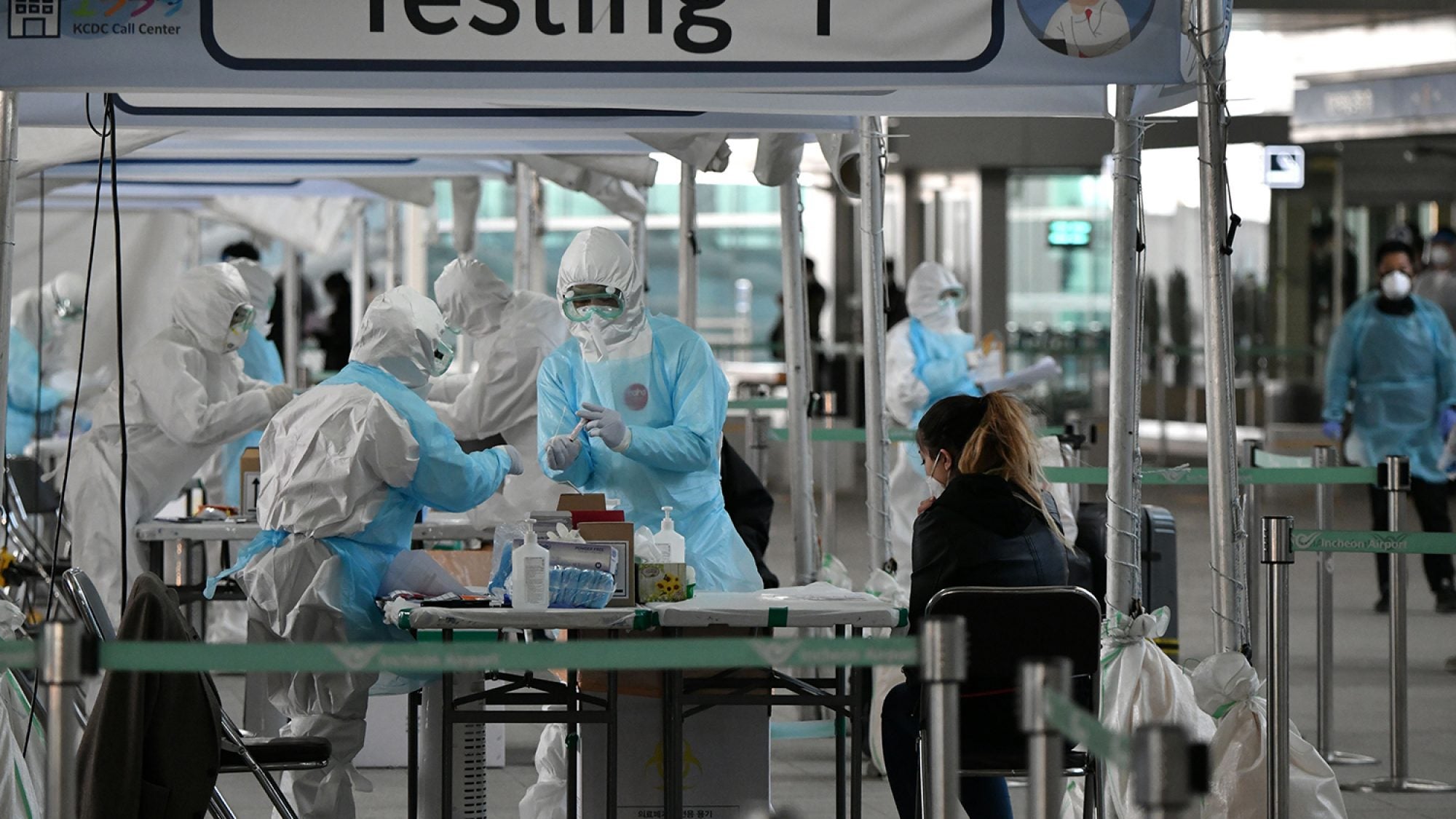 Title: COVID-19 Management and Soft Power: Ideas for a Geopolitics of Science and Expertise

The term soft power was coined by Joseph Nye in the late 1980s as the ability of a country to influence other countries’ actions by means of attraction, rather than by force. Soft power is often grounded in culture or in history, differentiating it from hard power, which is based on coercion and the usage of military and economic means. A country capable of successfully dealing with a sudden, catastrophic event (such as a pandemic) will presumably be perceived as a reliable leader by the international community. This article argues that scientific and technical expertise are currently two major sources of soft power for countries, and that the political responses to the COVID-19 pandemic by leadership are contributing to the shaping of a different geopolitical order.

Countries such as Germany, South Korea, and New Zealand, where policies have been adopted rapidly by the political leadership in synergy with the scientific community, have seen their soft power rise dramatically. On the contrary, executives of countries that have responded to the pandemic following solely ideological or electoral calculus, such as the United States, the United Kingdom, Brazil, and Sweden have seen their international reputation jeopardized, and their soft power consequently reduced.

Germany, South Korea and New Zealand: The Winning Models
At the beginning of the COVID-19 pandemic, most political leaderships benefited domestically from the “rally ’round the flag effect,” the phenomenon whereby governments obtain a short-term increase in their electoral support during events such as international crises, wars and natural disasters. However, this rise in popular support was sustained only in countries that have shown policies consistent with scientific and technical expertise.

Germany has emerged as the country that has better managed to contain the coronavirus outbreak, with Chancellor Angela Merkel saluted as capable of mixing science and political expertise to explain lockdown measures. Similarly, South Korea is recognized as a leader in the response to COVID-19, having adopted a strategy based on quick mass tests and high-tech applications capable of tracing and tracking the spread of the coronavirus.

The South Korea model is therefore popularly considered the best possible practice to adopt along with the New Zealand model, which will be discussed later on. The successful, or unsuccessful, management of COVID-19 can, therefore, play a significant role in shaping countries’ reputations. For instance, according to a Pew survey conducted in May on 10,957 US adults, Americans gave higher rankings to South Korea and Germany for their handling of the COVID-19 pandemic, as opposed to the US.

On the opposite side, we have countries that have seen their soft power declining because of their strategies, which have lacked scientific expertise. The new centrality of scientific expertise at the time of COVID-19 has diminished the room for maneuver for populist and radical right narratives. Historically, the radical right and populist parties have proudly exhibited hostility toward knowledge and complexity by openly despising technocratic experts, who are framed in opposition to the pure simplicity of the “people.”

US President Donald Trump, notwithstanding the “rally ‘round the flag effect” boosting his popular support at the beginning of the outbreak, has appeared increasingly nervous during briefings he describes as “not worth the effort.” Trump’s discouraging disregard for expertise, which may have initially helped him to galvanize and identify his electorate, is now proving to hurt his electoral campaign. At the beginning of May, the aforementioned Pew survey found that “the American public is largely split on how they think US influence will be affected by the pandemic,” with Democrats and those with more education especially likely to believe US influence will decline. The survey also shows that most Americans think that the US should now look to other countries to learn how to successfully manage the pandemic, with forty-six percent surveyed stating that the country could “learn a lot.” Overall, the handling of the pandemic has had momentous bearing on the US’s soft power, as stated recently by Paul Gewirtz, Director of Yale’s Paul Tsai China Center: “US soft power […] has suffered enormously during the Trump presidency, and has been further weakened by President Trump’s unprepared and dysfunctional response to COVID-19.” This response has included a failed attempt to shift blame to China for the shortcomings of Trump’s own strategy, which has been marked by his unwillingness to cooperate with other countries and the World Health Organization (WHO). According to a recent study based on polling data and commissioned by the German Marshall Fund (GMF), the Bertelsmann Foundation and the Institut Montaigne, the pandemic is quickly reshaping views of geopolitics. More people in France, Germany, and the US view China as the most influential world power in the face of waning US hegemony. Additionally, a new pan-European survey conducted by the European Council on Foreign Relations shows that many Europeans have been appalled by the United States’ chaotic response to COVID-19, leading to worse perceptions of the United States by Europe in general.

The United Kingdom, once a global leader in preparing for pandemics, has shocked the international community with its inconsistency, with Prime Minister Boris Johnson publicly warning his fellow citizens to “prepare to lose loved ones to coronavirus” on March 12, only to change strategy a few weeks later. This occurred amidst global experts and the WHO warning the country to immediately implement strict lockdown measures.

Among top regional players, Brazil is most likely the country that has exhibited the slowest and least scientific approach to the COVID-19 pandemic, only to opt for a U-turn eventually, a delay which cost the lives of thousands. According to The Guardian, governors of the 26 Brazilian states agreed with the strategy of President Jair Bolsonaro, who refused to listen to advice from his scientific experts and consultants. The decline of Brazil’s reputation will ultimately spell out major consequences for its soft power. As stated by The Guardian, “Brazil used to be seen as a kind of colourful giant, with plenty of sun, good football, great music […] While such an image might have been a cliche, it was one that gave the country a degree of soft power on the international stage.” If Brazil is unable to attract business and tourism, its soft power will be negatively impacted.

Small Countries in the Spotlight: The Cases of Sweden and New Zealand
The recent rise or decline of soft power can be decisive in shaping a new geopolitical equilibrium for super or middle powers, as in the cases of the United States, United Kingdom, Germany, South Korea, and Brazil, in terms of how much leverage these countries have in influencing other countries’ actions. For smaller countries, soft power and leaders’ international reputations can play an even more decisive role. New Zealand and Sweden are two countries that, since the beginning of COVID-19 pandemic, have been under the focus of the media worldwide for their contrasting approaches to the coronavirus outbreak.

New Zealand, under Prime Minister Jacinda Ardern, has been widely acclaimed as one of the countries (together with South Korea) that has most effectively been able to contain COVID-19 using a quick containment strategy. As of July 2, there have only been twenty-two deaths in a country with five million inhabitants.

On the opposite side, Sweden’s PM Stefan Löfven has seemingly opted to sacrifice the lives of the country’s weakest citizens with his adoption of a “herd immunity” strategy, which has shown to be ineffective if less than sixty percent of the population is not immune to the virus. The result has been the deaths of more than 5,500 people in a country of 10 million as of July 10. The policies of the Swedish executives have been heavily criticized both domestically and abroad by numerous scientists.

In conclusion, the impact on the reputation earned by the management of the COVID-19 pandemic may have long-lasting effects in small countries as well.  These effects may not be easy to quantify in economic terms, as they have occurred in sectors such as tourism, immigration, and foreign direct investment.

Conclusions
The COVID-19 pandemic is powerfully pushing us to reconsider the role of science and expertise, and the relation between knowledge and policymaking. To date, the fight against the SARS-CoV-2 represents an occasion, on a macro scale and without real precedents, of confrontation between political leaders and a public more informed by science and expertise. The sudden centrality assumed by knowledge and technical expertise in the last months is already having direct and far-reaching political consequences, both within and between nations. If populist governments are declining in terms of popular support in light of their incompetent management of the pandemic, so is the image and the soft power of their countries abroad. With the outbreak of COVID-19, the focus of the international community towards scientific and technical expertise has increased dramatically. In conclusion, the role of scientific and technical expertise will have an important impact on the relationships between countries: addressing the COVID-19 pandemic successfully will prove to be an undoubted source of soft power in the coming years.

Dr. Valerio Alfonso Bruno is a Political Analyst and Senior Fellow at the Centre for Analysis of the Radical Right (CARR), where he is Deputy Head of the Populism Research Unit. Bruno cooperates with the ASERI at the Università Cattolica of Milan and the Observatoire de la Finance (Geneva). He is interested in the relations between populisms and expertise and the governance of international Institutions. His online analyses have been published on Al Jazeera, openDemocracy, Social Europe, LSE EUROPP. His academic contributions have been published by Ibidem-Verlag/Columbia University Press, Routledge e Berghahn Books. 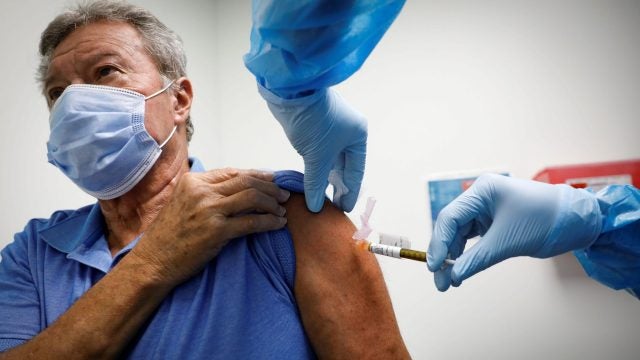 All I Need Is a Shot in the Arm: Global Cooperation and the COVID-19 Vaccine

The successful development of a COVID-19 vaccine could be a great step forward, but it will require genuine global cooperation to ensure the vaccine’s efficient and equitable distribution. It is… 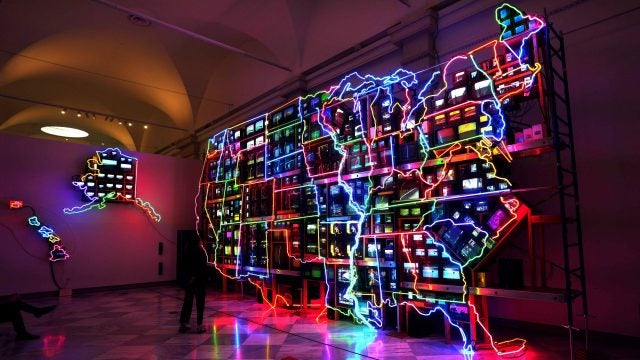 The Disinformation Shift: From Foreign to Domestic

A new Georgetown report examines the problem of information operations and disinformation during election season and beyond. Thanks to better preparation and less aggressive attempts of outside interference,… 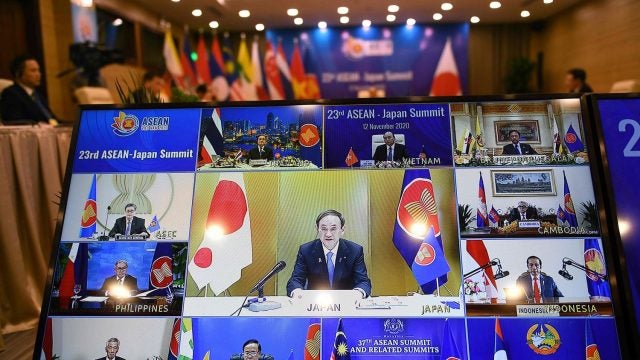 The countries in Indo-Pacific are currently caught in an intensifying competition for regional influence between China and the United States. But it is impossible for them to choose…