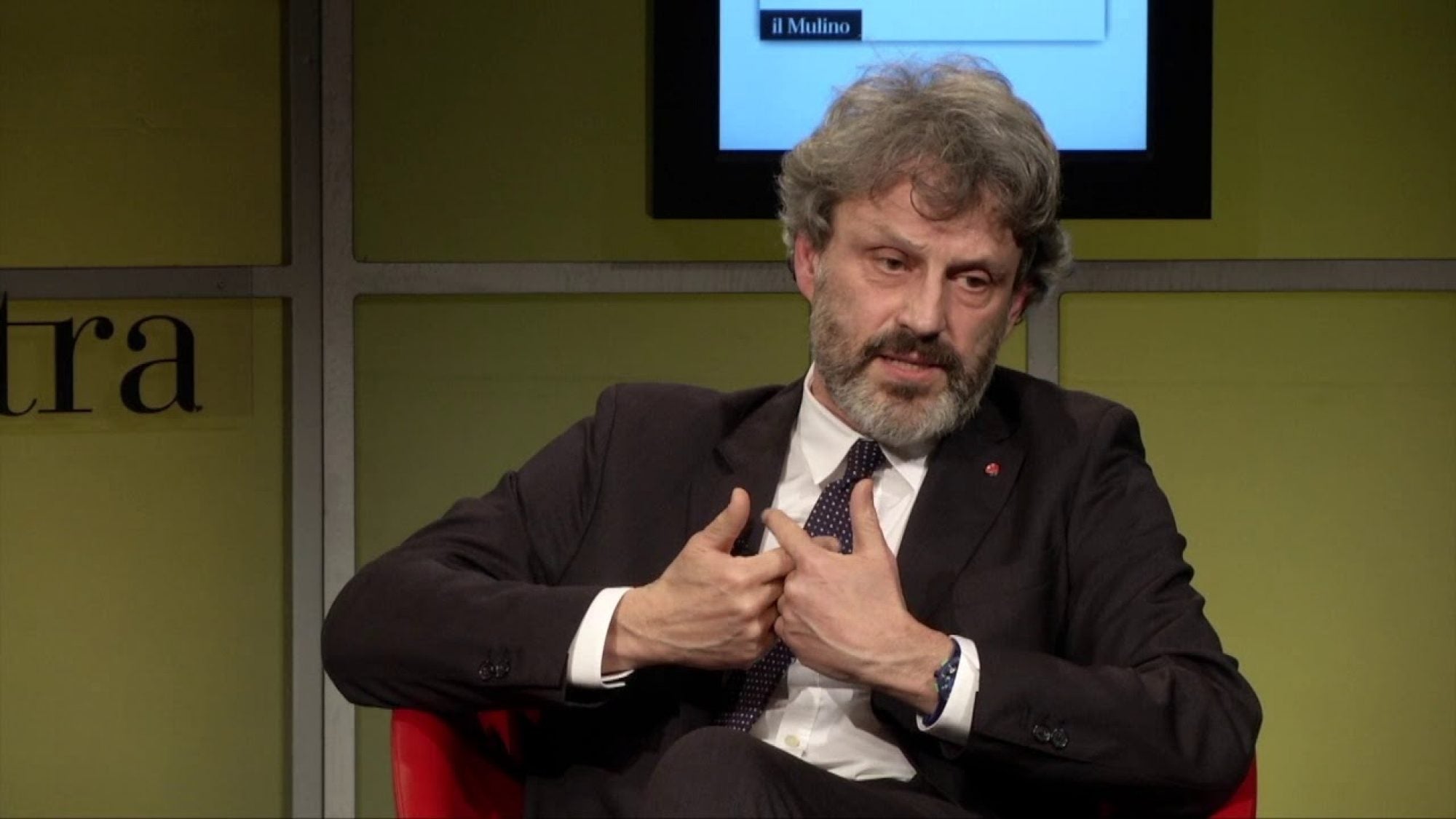 Title: Professor Vittorio Emanuele Parsi on the International Order in a Post-Pandemic World

The ongoing disruptions of the COVID-19 pandemic has raised questions about the fragility of global interdependence and, more broadly, the future of the international order. Professor Vittorio Emanuele Parsi joins GJIA to explore three possible scenarios of a post-pandemic world. In this interview, he discusses the perils of returning to normalcy, the effects of hyper-globalization, and the need for a renewed balance between state sovereignty and international cooperation.

GJIA: In your latest book, Vulnerable: How the Pandemic Will Change the World, you describe a few possible international orders that could occur in a post-COVID-19 world. What are the key factors that would determine the ultimate outcome of the global order?

VP: Power and ideas. Change and continuity are nourished by those two forces, and when they align, they produce cultural hegemonies and widely held narratives. We come from a pre-COVID-19 situation in which a crisis emerged from the liberal international order. Liberal premises (i.e. equality of opportunities) and liberal promises (i.e. a more equal, peaceful, and wealthy world) have been jeopardized by neo-conservative and neo-liberal political and economic perspectives, which are regressive and anti-progressive in nature. In fact, the neo-liberal world order already replaced the liberal one: the world was growing less “safe for democracy” and much more “safe for autocracy,” with the presence of the power-of-the-market instead of the free market. But COVID-19 shook that order, displaying all its unsustainable unfairness and opening a new window of opportunities: “The king is naked,” as the Hans Christian Andersen tale says. It is now up to us to take the chance to promote new ideas.

In one of these scenarios, you predict that countries will resume “business as usual” in which inequality continues to rise while citizens lose opportunities for political participation. What would this look like, and how has this trend developed before the pandemic?

In the last thirty years of hyper-globalization, a standard prevailed in which the value of a resource depended on its mobility: data is more important than money, money is more important than goods, and goods are more important than people. This produced growing inequality and the political alienation of citizens from their governments within wealthy and politically complex societies, making democracy and free markets empty signifiers. The narrative of hyper-globalization confused the “natural” elements of global interdependence, such as pandemics, climate change, and migrations (all evidently connected) with the “artificial” elements of globalization, building a world based solely on valuing the components of the system by the speed of their movement. You can think about how little has been done in the last forty years to tackle global warming, environmental pollution, the depletion of natural resources, and pandemics, while a lot has been done to widen the “rights” of the capital, simultaneously compressing those of the workers.

“Business as usual” would imply keeping the same model, which was already in a crisis before the pandemic, but with much lower GDP levels, a suspension and reduction of international trade, and an overall higher public debt. “Going back to normality” means increasingly higher and less taxed profits, the highest freedom of movement for capital and the “rights” of corporations, while reducing workers’ rights and salaries.

In the United States, the pandemic has disproportionately impacted minorities and exposed inequalities in the country. Is there a similar occurrence in other regions around the world, such as the European Union?

The pandemic amplified inequality, forcing us to consider the asymmetry in the costs and risks to which different people are exposed. Some people are considered “expendables,” while others are not. In the Bronx, the mortality of the pandemic was double that of Manhattan. In Europe, the presence of national health systems, where access to care is not related to income, softened the asymmetric impact of the pandemic. Indeed, it is hard to find a region within the economically developed and democratic world that exhibits the same levels of inequality as the United States. The pandemic emphasized social and racial inequalities. In Europe, and particularly “old” Western Europe, political cultures, political parties, and unions of social-democratic and Christian-democratic inspiration (broadly speaking) opposed the neo-liberal dogma with more resistance. However, after the end of the Cold War, the progressive decline of fear and of the threat represented by communism and the Soviet Union gradually eroded the protection of the rights of the majority and of the less wealthy. Today we do not even speak anymore of the welfare state but of the “Assistance State” (Stato assistenziale).

In the second scenario, you describe a rise in nationalism as globalization declines. In the past, with Brexit for instance, we saw the difficulties of pulling out of an integrated global system. To what extent can countries truly decouple themselves from each other and the greater global system?

Brexit teaches us that dead-ends may eventually turn into main roads that can be taken. In a world that would move towards deglobalization, populist political actors would strengthen, making multilateral cooperation more complicated. In this case as well, we would have a narrative in which the misunderstanding between “natural” and “artificial” elements of globalization would be manipulated, but in a specular sense, by deceiving public opinion that once the latter are gone, we would be safe from the former. The European Union knew it would not survive without solidarity, nor if it merely returned to the status quo, nor to the creation of blocks of political and commercial nature. After the financial crisis of 2008-2011 and the migration crisis of 2015-2017, the European Union cannot afford another failure in the post-COVID-19 recovery. The bigger member states (such as Germany, France, Italy, and Spain) would lose much more than the others, so they will not allow that.

In the third scenario, you envision an international system where countries utilize the COVID-19 crisis as an opportunity to cooperate and integrate. Can you describe how regions like the European Union may be able to achieve this or have already made progress in doing so?

By learning from our mistakes. In every crisis, there is an element of change and improvement, given that we are able to recognize and grasp it. It will mostly depend on the capacity to tackle the political and economic structural aspects that have to be modified, such as after the 1929 crisis, World War II, or after the crisis of the 1970s (in this last case, in the opposite way of the other two). This could be a good occasion to build a fairer society by reconciling politics with economics and democracy with the free market. Fear brings out the worst and the best of people and nations. I do believe in the possibility of a “Renaissance” that would bet on the capacities to build a more solid interdependence, built on its most vulnerable factor: the human one. The European Union, in particular, may see the post-pandemic period as a possibility to give new momentum to the integration project. In order to achieve a real renaissance, a change in our behavior is paramount, based on the awareness that the fight against COVID-19 is a collective effort. This is the real lesson we learned from the pandemic: to correct the distortions of the last forty years, not of the last four months. Clearly, it will be necessary to impose and accept a reduced freedom in international financial movements and assure controls through global economic institutions, thus adjusting the original aim: protect the order and the development of societies against shocks of the markets and not defend an abstract ideology of opening international markets even when it is detrimental to social order. All this will imply a new balance between states’ sovereignty and the coordinative action of international institutions.

In order to achieve a real renaissance, a change in our behavior is paramount, based on the awareness that the fight against COVID-19 is a collective effort. This is the real lesson we learned from the pandemic: to correct the distortions of the last forty years, not of the last four months.

The pandemic has already taken countless lives and caused enormous economic damage worldwide. While some countries are willingly working together to combat the virus, some countries have rejected taking a collaborative international approach to address the issue. What is it going to take to change these non-cooperative states’ behavior, if they can be changed at all?

The major mistake made in the international sphere was considering mostly nationalistic solutions to the COVID-19 pandemic, as if oceans, mountains, or borders may defend countries from the virus. The only chance we have, and that all countries should learn, is that multilateral cooperation, although complicated, is the only successful strategy against the pandemic.

In order to change non-cooperative behavior, it will be key to point out elements of convergence that are different from the status quo and envision a general interest, which is not the sum of particular interests. This is partially what the European Union and its major member states have done with the recent deal in Brussels for a COVID-19 recovery fund of 750 billion euros (859 billion dollars), and it is a historic step in the right direction. That should be the modus operandi of politics, if we want to give new life to democracy. Otherwise, liberal democracies will inevitably degenerate into technocratic oligarchies or into nationalist, populist, or authoritarian regimes. This is the only way to allow our political systems to oppose the threats posed by unrestricted freedom, the conformism induced by fear, the proliferation of centers manipulating information, but also by the rise of technocracy and demagogy.

Given the current situation of the pandemic and international affairs, which scenario do you think the world is heading towards and why?

The first two scenarios are, unfortunately, the most plausible. They are also somehow complementary and may co-exist for a certain period. The technocratic element is key for the “restoration” or “business-as-usual” scenario, while the populist element is the key for the end-of-globalization scenario. The European Union, for instance, may merely survive, at least for some years, without turning towards full political integration, as originally envisioned by its founding fathers, De Gasperi, Spinelli, Monnet, Schuman, and Adenauer. Since the financial crisis, the European Union has had no real strategy, limiting itself on minimal leadership focused on managing critical events, often through technocratic governance. This, in turn, triggered a perception of de-politicization in many member states, helping the rise of radical right populism.

Vittorio Emanuele Parsi is an international relations professor and the Director of the Advanced School of Economics and International Relations at the Catholic University of Milan. He is also Chair of the Italian Standing Group of International Relations. In addition to his latest book, Vulnerable: How the Pandemic Will Change the World, he is currently a columnist for Rome’s Il Messaggero. He has also held numerous seminars at universities worldwide including Georgetown University, University of Oxford, and Université de Saint-Joseph (Lebanon).