Title: What the Pandemic Reveals: Workers’ Rights in Bangladesh and Garment Supply Chains

The impact of the COVID-19 pandemic in Bangladesh has brought into focus both the striking power differential between Euro-American retailers and national suppliers and the damaging effects of this asymmetry.

The Pandemic Effect
At the same time, it has thrown into relief the chronic weaknesses of the Bangladeshi garment industry itself, including its “labor management” practices, and the frequent blurring of lines between the industry and a deeply authoritarian state with highly repressive laws. Most significantly, it has exposed the precarious nature of Bangladeshi women’s inclusion in the global supply chain as well as their fundamental expendability as a labor force for foreign buyers and Bangladeshi suppliers. The celebratory discourse around the garment sector and its empowerment of poor women obscure the cost of excessive dependence on a single export industry.

Confronted with national lockdowns and plummeting consumer demand, European and North American buyers canceled or postponed payment for Bangladeshi products worth 1.44 billion dollars by March 2020. According to press reports, Primark—which posted operating profits of 1.07 billion dollars last year—initially canceled all its orders with its suppliers, including orders from Bangladesh and “orders already in production in factories.” Many buyers refused to pay for goods that had been shipped, lying in ports, or already in stores and instead “renegotiated” contracts, slashing prices by up to fifty percent. In addition to demanding steep discounts, buyers insisted on deferring payment, sometimes well beyond the ninety-day contractual limit.

Euro-American retailers unilaterally exited the binding obligations of formal contracts through a contested invocation of the force majeure clause, a little-known feature of the international trade regime. Despite years of self-representation as global torchbearers of ethical practices, these broken contracts unambiguously signaled retailer priorities. Bangladeshi suppliers were understandably wary of legal counter challenges for fear of alienating buyers on whose goodwill future orders depend. Since then, a remarkable transnational initiative—primarily through social media activism via the hashtag #PayUp (in association with the Workers Rights Consortium’s Brand Tracker)— has been successful in pressuring some corporations to honor their original contracts.

Under the current apparel supply chain regime, manufacturers are responsible for all costs until final products are shipped. For small factories that often operate on razor-thin margins, this arrangement makes timely payment difficult at the best of times. Pandemic conditions magnified this vulnerability, leaving small enterprises with minimal or no cash. While there is considerable heterogeneity within the industry, in size, profitability, and labor practices, many factories do not or are just not able to pay on time. The cascade of canceled, deferred, and discounted orders forced hundreds of Bangladeshi factories to minimize production or close down altogether. Most did so abruptly, without informing workers or paying outstanding wages. As of writing, around 3.8 billion dollars’ worth of export orders has been either suspended or canceled, affecting approximately 2.2 million workers in 1,150 factories. That accounts for over half of the estimated 4.1 million people, of whom the majority are female, employed by the industry. In April, the Bangladeshi government announced a 588 million dollar stimulus package for the garments sector in order to mitigate the impact of the coronavirus on the economy. The money was to be disbursed for worker wages and salaries. However, not all factories were able to access the fund, which has proven to be wholly inadequate as an emergency social safety net.

Dying of Hunger versus Dying of the Virus
Over a million garment workers have been retrenched since the pandemic began under conditions that reflect the highly unequal power dynamics between employers and workers — an asymmetry exacerbated by the pandemic. Labor activists and media sources report that factory authorities have compelled workers to resign rather than dismiss them outright, thus denying workers the right to any severance benefits. Despite government directives against dismissing workers, in the early months of the pandemic, those with less than a year of experience were laid off. Pregnant workers were next, forced to resign or dismissed for errors, depriving them of maternity benefits and other dues. As factories cut costs by trimming the number of workers on the assembly line, those who were “lucky” enough to remain employed now face an even further deterioration in working conditions, including unrealistic increases in individual production quotas, and even more forced and unpaid overtime than in the past. Outspoken workers, especially those with a history of union activism, are increasingly being targeted for dismissal.

The sight of garment workers defying social-distancing protocols to organize roadblocks and human chains have become all-too-familiar in Bangladesh. These protests are rarely successful, and demonstrators have faced violent attacks, suspension, and blacklisting. Practices such as retaliatory dismissal are rampant in the garment sector, as is the likelihood of false charges brought against any worker who dissents. Additionally, the authoritarian nature of the state makes speaking out against any form of repression difficult and risky.

Fear of arbitrary dismissal is constant in the industry. In late April, workers who had left Dhaka during the national lockdown (or general holiday, as the government put it) rushed back when they were informed that factory production was to resume. In the absence of public transportation, they traversed hundreds of kilometers on foot. Many had not been paid in several months and feared that if they did not appear for work on time, factory authorities would have an excuse to fire them without payment.

Once in Dhaka, workers were told they had been misinformed and instructed to return to their villages. This scenario played out twice, highlighting the shocking indifference on the part of policymakers and stakeholders toward workers’ lives. The Bangladesh Garment Manufacturers and Employers Association (BGMEA), the powerful industrial lobby, refused to take responsibility for the “confusion,” placing the blame instead on government miscommunications and the circulation of rumors. Garment workers found themselves newly expendable and stigmatized as potential carries of the COVID-19, their forced mobility interpreted as irresponsible. Turned away by landlords and shunned by relatives, they were cast as unruly citizens intentionally ignoring the lockdown.

Beyond the Myth of Supply Chain Empowerment
The impact of the pandemic on the national economy is the latest (and darkest) reminder of the high price of incorporation into an extraordinarily asymmetrical global production chain— not just for Bangladesh but for all garment-exporting nations. This is a global issue that requires a global response. The last time Bangladesh’s garment industry was in the spotlight, the resulting policies to secure worker safety left the supply chain untouched. Addressing power imbalances in the supply chain so that the risks are distributed more equitably is essential. Transnational labor advocates, international bodies such as the ILO, consumers, and policymakers must review and configure current purchasing practices so that workers are protected, instead of being expendable. This will require collective collaboration that will not yield easy or quick results, but it must be done, and now is the time.

Meanwhile, there is much to be done at the national level. The government must institute a legal mechanism to ensure that factories do not ignore national labor laws. Given that the industry is four decades old, and that garment exports in 2019 came to thirty-four billion dollars—a rise of eleven percent from the previous year—the BGMEA should be able to organize a system of short-term funding for smaller and more vulnerable enterprises. Policymakers must also revisit the idea of a universal basic income, not just for times of crisis.

Garment workers must be able to organize and speak out without fear of retaliation, a right that the government must take responsibility to uphold. Finally, and most critically, the government needs to reassess its priorities by taking a hard look at what constitutes sustainable development and whom development policies actually serve. The pandemic provides an opportunity to reconceptualize and begin anew.

Dr. Dina M. Siddiqi teaches in the Faculty of Global Liberal Studies at New York University. Her research, grounded in the study of Bangladesh, lies at the intersections of anthropology, feminism, and development studies. She has published widely on the global garment industry, transnational feminism and Muslim women, and the cultural politics of nationalism. 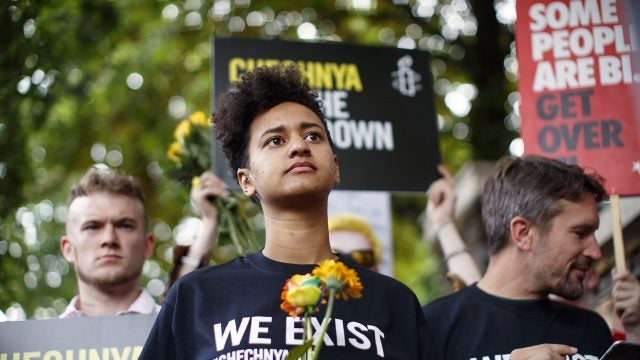 The below article is the second installment of a two-part series. The first installment was published on September 4, 2020. How then should policymakers,…

PART I: A Call for Collective Punishment: LGBTQ in Post-Conflict Chechnya

The below article is the first installment in a two-part series.  A useful lens for analyzing the current regime in Chechnya is to reflect upon the… 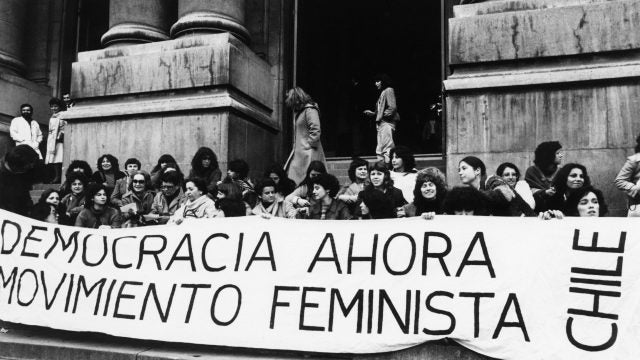 “Not One Women Less, Not One More Death:” Feminist Activism and Policy Responses to Gender-Based Violence in Latin America