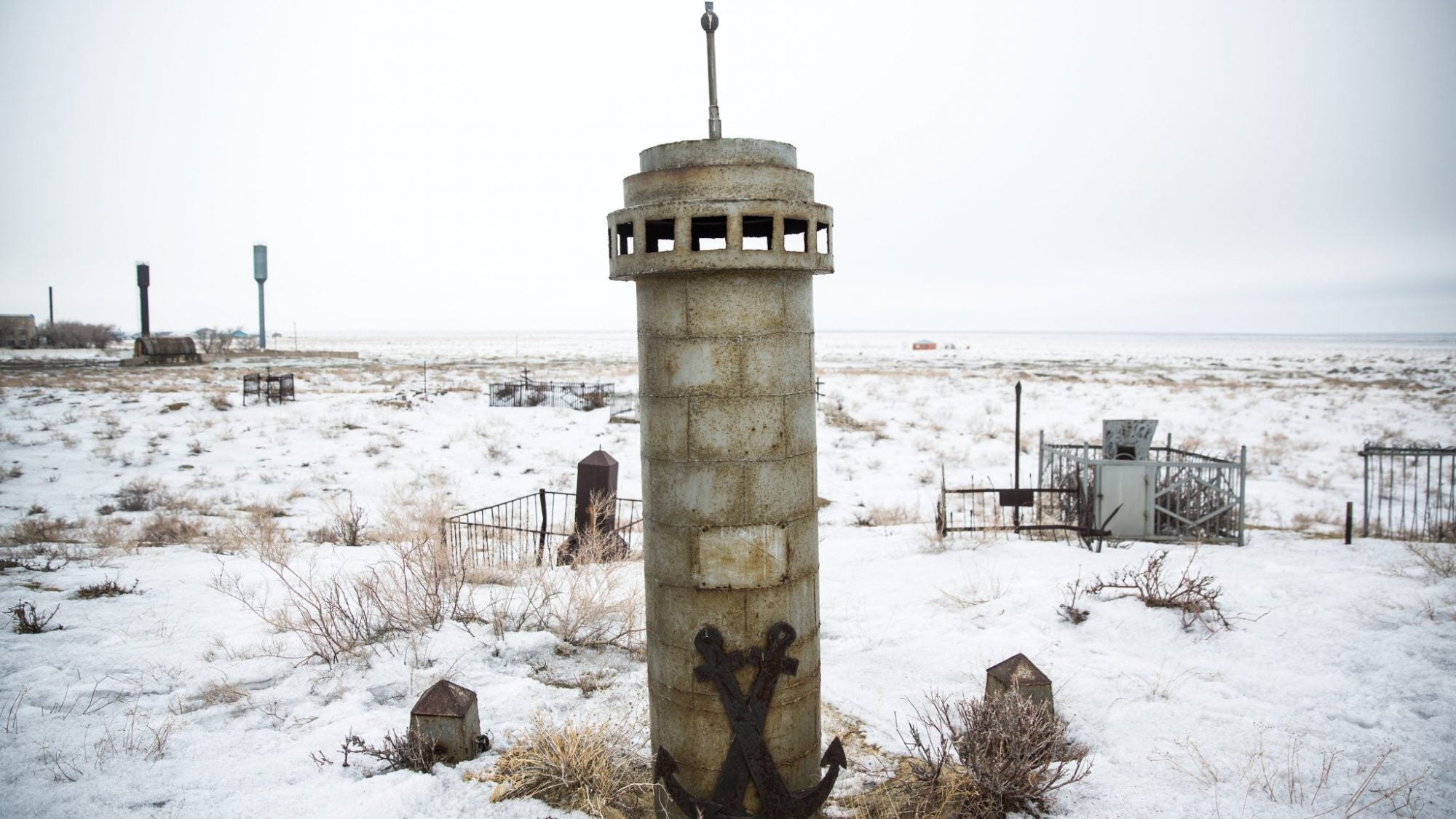 Title: Water Politics and the Human Geographies of the Aral Sea Crisis

The ecological dimensions of the death of the Aral Sea are fairly well known. Once the fourth largest lake in the world, the Aral has all but disappeared since 1960. The complex and fragile ecosystems that once characterized the Aral Sea basin have been supplanted by the parched landscape of the Aralkum Desert, leading to a dramatic collapse of biodiversity. Desertification, in turn, has profoundly altered the regional climate, for the absence of the sea’s moderating influence has resulted in drier, hotter summers and more frigid winters.

It is impossible, of course, to discuss the desiccation of the Aral Sea without acknowledging its anthropogenic origins in the excessive diversion of water from the Amu Darya and Syr Darya rivers. Such withdrawals have primarily been for the purpose of growing cotton and other agricultural uses. Furthermore, the use of unlined, uncovered irrigation channels, as well as the fact that water is often made available to farmers for free by the state, means that wastage is effectively uncontrolled. In short, human intervention has resulted in too much water being removed from the river systems that fed the Aral Sea, and the outcome has been catastrophic desertification.

At the same time, however, the bleak photographs of wretched boats decaying in the dust of the former seafloor make clear that the Aral Sea disaster has other human dimensions as well, which are no less grim than the ecological ones. Millions have been immiserated, fisheries have collapsed, food and water security are almost non-existent, and exposure to harmful chemicals has resulted in a horrifying public health crisis.

The human tragedy in the Aral Sea basin, of course, is impossible to decouple from the environmental disaster. But as the geographer Kristopher White has argued, the story of the Aral Sea can only be properly apprehended through the prism of nature-society linkages: if human activities have precipitated the ecological crisis in the Aral Sea basin, then the natural environment itself is acting back upon humans. To take but one example: elevated rates of tuberculosis, infant mortality, and cancer in the region have all been linked to exposure to heavy metals, dioxins like DDT, and other pollutants that accumulated through intensive agricultural application. Exposure to these pollutants has been exacerbated by increasingly prevalent toxic dust storms and contamination of food and water supplies, which have accompanied desertification, salinization, and generalized environmental collapse.

The general contours of the Aral Sea disaster, in both its ecological and human dimensions, have received a fair amount of attention from scholars and the media. However, analysis of its spatialities has remained comparatively rare, and explicit engagement with questions of human geography has been pushed to the margins of mainstream discussions. But, as the aforementioned notion of nature-society linkages suggests, the human geographies of the Aral Sea crisis cannot be separated from its physical geographies.

Perhaps one of the clearest examples of this is the partial restoration of the Northern (or “Little”) Aral Sea, which consists of an isolated remnant of the former Aral Sea. In 2005, the government of Kazakhstan, with the assistance of the World Bank, constructed a massive dam to prevent outflow into the wider Aral basin. This project, which has succeeded in stabilizing the Northern Aral, demonstrates the impact of political geography on the natural landscape. The Northern Aral lies entirely within the borders of Kazakhstan, which has taken a greater interest in preserving the Aral Sea than has neighboring Uzbekistan, in whose territory the majority of the basin lies. The results have been largely positive: desertification has been slowed, fisheries have begun to recuperate, the local economy has recuperated to a certain extent, and diseases associated with exposure to toxic dust and contaminated water have declined.

The Republic of Karakalpakstan, a nominally autonomous republic of Uzbekistan that occupies the strategic northwestern third of the country, provides a contrasting example. Inhabited by the titular Karakalpak ethnic group, residents of the republic are citizens of Uzbekistan. But ethnic Karakalpaks have long existed in a state of tension with the central government, having proclaimed their sovereignty in 1990 on the eve of the Soviet collapse, only to then remain part of independent Uzbekistan. Like the death of the Aral Sea itself, water, and access to it, is at the center of the human catastrophe playing out in Karakalpakstan: fisheries have disappeared forever, the economy has collapsed, water for growing food crops has become scarce, and clean drinking water is almost entirely unavailable. Women in Karakalpakstan suffer maternal mortality rates four times greater than in the rest of Uzbekistan, while the infant mortality rate is more than three times higher. Women were also more likely to report negative psychosocial impacts associated with the crisis.

The Karakalpaks, who now make up only slightly more than one-third of the population of their own republic, have thus “borne the brunt” of this slowly unfolding disaster. According to the geographer Farhana Sultana, “Who has clean safe water, and who does not, reveals the workings of power around the world…Water access separates subjects from citizens.” As Reuel Hanks notes, “Even before the collapse of Soviet control, the Karakalpaks were beginning to view themselves as economic and environmental victims of policies formed and implemented at least partially by Tashkent.” Since that time, economic and environmental collapse, coupled with official neglect on the part of the state, have fueled discontent and outright calls for separation from Uzbekistan. At the same time, however, what little water is available in Karakalpakstan is effectively controlled by the authorities in Tashkent, rendering any aspirations for Karakalpak independence parlous and laying bare the interconnections of geopolitics, power, and water in Uzbekistan.

Worsening social and environmental conditions in Karakalpakstan have also led to substantial outmigration of Karakalpaks—somewhere between five and ten percent of the working-age population, according to some estimates—to Kazakhstan, Russia, or other parts of Uzbekistan. Large-scale migration is diminishing the proportion of ethnic Karakalpaks in the population of their own republic. Olga Borisova asserts that the territory of Karakalpakstan is of immense economic and strategic value to the Uzbek government, conveying claims by local authorities that “there are plans for an ‘Uzbekisation’ of the region – and that the departure of non-Uzbeks is in Tashkent’s interests.” Another consequence of large-scale outmigration is that temporary labor migrants have become a vector for the spread of tuberculosis, which is approaching crisis levels in Karakalpakstan, into destination regions.

As Sultana reminds us, “The urban poor experience the state through both its abjection (e.g., inattention to the precarity of their lives) and presence (e.g., violence through slum demolition). Suffering thus becomes a political claim in constructing citizenship and belonging.” While Sultana’s analysis is grounded in the experiences of urban slum dwellers in Bangladesh, her conclusions are nevertheless applicable in other contexts as well. In Karakalpakstan, the population has been rendered abject through widespread poverty and disease, the direct results of the decision to allocate water for the growing of cotton. Rather than providing the basis for the construction of citizenship and inclusion, such policies exacerbate the marginalization and abandonment (in the sense described by Agamben) of the Karakalpak population and reinforce its separation from the body politic, leading many to exit altogether and seek a better life elsewhere.

The plight of the Karakalpaks, then, cannot be understood outside of the context of ecological collapse, itself the outcome of political and economic decisions made in Tashkent. While there have been proposals to at least partially rehabilitate the Aral Sea, the Uzbek government has shown little interest in pursuing them. Despite some progress in abandoning cotton quotas, little has been done to lessen Tashkent’s dependence on the cotton economy, the primary cause of desertification in the Aral Sea basin. Furthermore, the Uzbek government has signed agreements with a multinational consortium to exploit oil and natural gas resources in the region, including under the dried lake bed. With the majority of Karakalpakstan’s population employed in agriculture and the central government “unlikely to share the revenues from sales of Karakalpakstan’s gas and oil,” however, such developments will provide little benefit to local communities and will only deepen the environmental crisis.

Economic considerations and state interests thus preclude any serious efforts to restore the Aral Sea basin and the communities that once depended upon it. Instead, Uzbekistan has advanced plans to invest in fish farming and to plant salt-resistant trees in the desert, a tacit admission that adaptation, rather than mitigation, is likely to be Tashkent’s strategy for coping with the physical and human geographies of desertification.

The collapse of the Aral Sea ecosystem and its repercussions for Karakalpakstan is not merely a story about ecological collapse. Water politics have human and physical geographical implications at different scales and in a variety of domains: regional (desertification, migration, the spread of disease); the local (the disappearance of fisheries, economic collapse, decaying infrastructure, the lack of clean water); gender and the body (maternal and infant mortality, male labor migration, disease); development (the cotton economy, the burgeoning oil and natural gas industry); and geopolitics (Uzbek and Karakalpak nationalism, territorial control).

Although the geographies of human suffering in Karakalpakstan are not as visible from satellite imagery as the ecological catastrophe, they stem from the same source and are no less tragic.

Vincent Artman is an Instructor of Peace & Conflict Studies at Wayne State University. His research focuses on the connections between identity, ideology, territory, and the state, with a regional focus in post-Soviet Eurasia. His most recent work has examined the role of religion and national identity in environmental sustainability discourses in post-Soviet Kyrgyzstan. His previous publications have investigated how national identity has become a site of contestation between religious and secular actors in the Kyrgyz Republic, challenged security- and extremism-focused interpretations of Islamic revival in Central Asia, and analyzed the biopolitical and territorial aspects of the distribution of Russian passports in the de-facto states of Georgia prior to the 2008 war between Russia and Georgia, among other things. His work has appeared in Europe-Asia Studies, Central Asian Affairs, Geopolitics, and Territory, Politics, Governance. 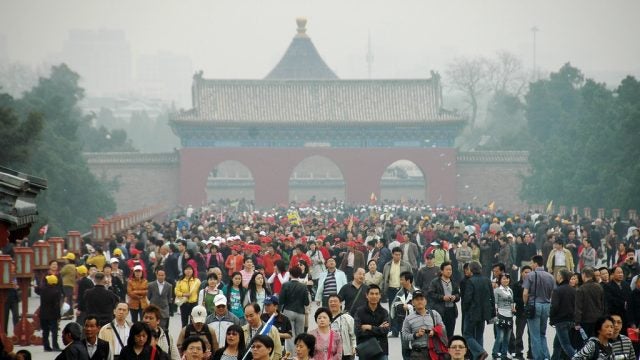