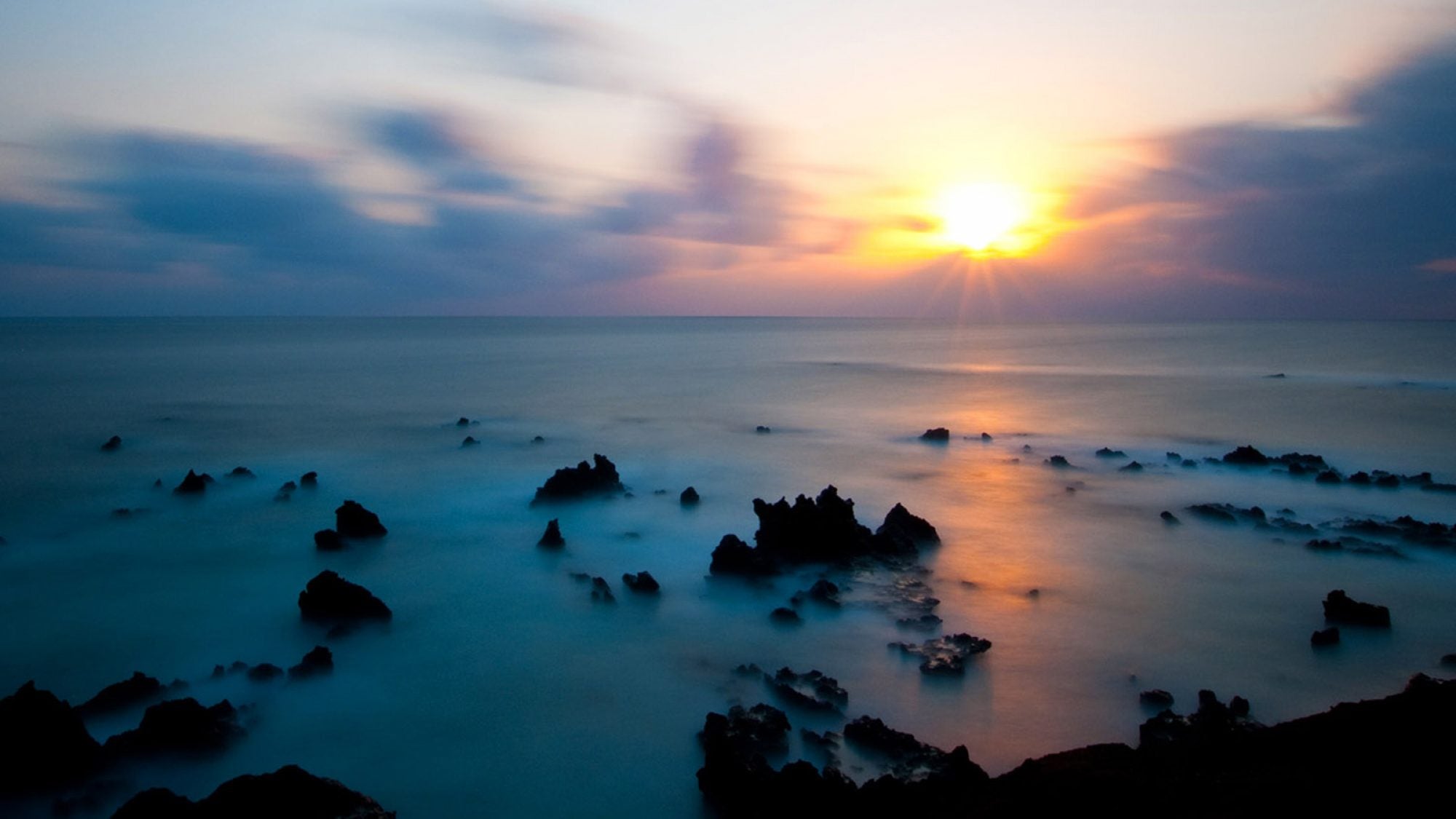 Title: The Lungs of the Earth: Shifting a Metaphor from Superstition to Science

Poor metaphors can muddy the nature of environmental policy problems, but good ones can help policymakers begin to understand how to solve them. Using language carefully is critical to crafting effective international agreements to encourage the sustainable conservation of the marine environment in areas beyond national jurisdictions.

“Save the plankton, breathe freely.”

“Try to live for an hour missing every other breath and see how well you do.”

Such statements are becoming more common, but they are misleading. They suggest that humans will run out of oxygen to breathe if the ocean environment is not conserved. While it is true that marine plants known as phytoplankton have produced a large percentage of the oxygen that humans breathe over hundreds of millions of years, the net flow of oxygen from the ocean into the enormous stock comprising the Earth’s atmosphere each year is trivial. Statements like the ones above are attention-grabbing, but they are inaccurate and can distract policymakers from productively engaging with what is a genuine and urgent problem.

“The world’s oceans are gasping for breath.”

This statement more fittingly frames the problem of ocean deoxygenation as a phenomenon by which areas of the ocean come to hold less dissolved oxygen and therefore deliver less of it to marine life. The problem of expanding ocean deoxygenation due to climate change has recently gained more attention in international policy circles, as it could have significant impacts on marine ecological processes and their valued services, including fisheries and atmospheric carbon sequestration.

International negotiations toward policies to conserve biological diversity on the high seas or biodiversity beyond national jurisdictions (BBNJ), are well underway. If they are successful, the resulting legal instrument will extend the scope of the third United Nations Convention on the Law of the Sea (UNCLOS). So far, three rounds of talks have occurred, and a fourth is planned but has been postponed due to the COVID-19 pandemic. There is still a long way to go before an agreement is reached, but it could ameliorate the effects of changing environmental conditions in the ocean. An instrument resulting from the BBNJ talks can solve the problem of increasing ocean deoxygenation only in combination with other policies, such as those directed at reducing carbon dioxide (CO2) emissions. But even so, it can play an important role in mitigating some of the effects of climate change on marine life.

The question of the metaphors that communicate the problem of ocean deoxygenation is not an idle one. Metaphors are not simply rhetorical; they can be pragmatic. Policy metaphors matter, as, by framing problems in particular ways, they can foreclose some solutions or suggest others. The social theorist Donald Schön called metaphors that frame problems in ways that help identify arrays of possible solutions “generative” ones.

Is the metaphor of the ocean as the “lungs of the Earth” a generative one? Or does it frame the very real problem of deoxygenation in ways that mislead policymakers and draw them away from generating solutions that actually target it and the problems it causes?

Due to contact with the atmosphere and to photosynthesis by phytoplankton, dissolved oxygen concentrations in the upper, sunlit layers of the ocean tend to be relatively high. At greater depths in the open ocean, from about 200 to 1,500 meters deep, the penetrating sunlight is insufficient for photosynthesis to take place, and respiration by bacteria and animals lowers oxygen concentrations. In many regions, this leads to an “oxygen minimum zone” (OMZ), which climate change could intensify for multiple reasons. The warming of the oceans causes oxygen to be less soluble, meaning that its concentration in water is lower and microbes and animals deplete what oxygen there is more quickly. In addition, as surface waters warm, they become less dense, firming the barrier between waters of differing densities and slowing the mixing between surface waters and colder, denser, and deeper waters that would otherwise transmit more oxygen to even lower layers. As a consequence, the OMZ’s upper boundaries could shoal and its lower ones could deepen in some areas, expanding it.

This deoxygenation can lead to die-offs of animals that cannot evade it or force the redistribution of those that can, and it might have the potential to restructure marine ecosystems in dramatic yet unexpected ways. One hypothesis is that as the viable habitat for fish occupying the ocean’s surface waters compresses, many species will become more vulnerable to both predators and to commercial fisheries. Even if this compression could lead initially to spikes in catch, it could result ultimately in reduced fish stocks.

In many regions, the OMZ overlaps the ocean’s “twilight zone,” the area from roughly 200 to 1,000 meters deep, where only low levels of sunlight penetrate. Twilight zone animals are believed to play a role in the ocean’s ability to sequester atmospheric carbon. At night, under the cover of darkness, microscopic animals rise up from the twilight zone to consume phytoplankton in the surface waters, and fish and other animals follow these tiny creatures to devour them in turn. Before dawn, most of the twilight zone animals descend to deeper, darker waters to try to hide from even larger predators, such as billfish, squids, tunas, sharks, whales, seals, and penguins. As plants or animals die or excrete, some of the contained carbon sinks to the deep ocean or even to the seafloor where it can remain for millennia. Although many twilight zone animals have adapted to exist—even if only for limited periods—in low oxygen environments, it has been hypothesized that an expansion of the OMZ would make this component of the biological carbon pump less efficient.

The lungs-of-the-Earth metaphor can be generative in that it emphasizes the ocean’s role in delivering oxygen not to humans but to marine life. The framers of the nascent BBNJ agreement have included in it a broad agenda comprising access to marine genetic resources, assessments of environmental impacts, and mechanisms for transferring technologies from haves to have-nots. But its innovative provisions for applying area-based ocean management may be the most important to consider in responding to ocean deoxygenation.

Area-based management defines ocean spaces whose uses are regulated to varying degrees, and, when used with care, the lungs-of-the-Earth metaphor can suggest some of the ways these can mitigate the effects of deoxygenation and flag some of the challenges that their design will need to overcome. For example, the establishment of fishery reserves could help conserve fish stocks experiencing habitat loss due to an expansion of the OMZ. These reserves could be designed to maximize both productivity and biodiversity, to relieve fishing pressure along migration routes, and to allow fish and other animals to redistribute away from affected areas. As species distributions change, these reserves could be modified over time or space to respond to changing conditions, but balancing policy agility with governance strength presents complexities. The lungs-of-the-Earth metaphor emphasizes the need for a BBNJ agreement to provide for area-based high seas management that is simultaneously rigorous enough to be effective and flexible enough to adjust to rapid advances in scientific understanding and to the changes that deoxygenation, along with other effects of climate change, could bring.

Area-based management will not be sufficient to prevent potential losses in the efficiency of the ocean’s carbon sequestration service. The need for an integrated approach to mitigating the climate-change-related problems of the ocean, including deoxygenation, is growing more urgent. New high seas governance measures should be viewed as complements to climate policies directed at reducing levels of atmospheric CO2.

If used sloppily, the lungs-of-the-Earth metaphor will distract from the real problems at hand. But if done carefully, describing the oceans as the lungs of the Earth can frame the problem of deoxygenation in a way that is productive. Undoubtedly, policy choices about adaptive marine governance and their integration with controls on CO2 emissions will be slowed or prevented—unless the metaphors that frame the relevant problems are grounded ultimately in science, not superstition.

Aria Ritz Finkelstein is a doctoral candidate at MIT’s Department of Urban Studies and Planning and a guest student at the Woods Hole Oceanographic Institution’s Marine Policy Center. She studies the design of international institutions for marine governance.

Porter Hoagland is Oceanographer Emeritus at the Woods Hole Oceanographic Institution’s Marine Policy Center. As a policy analyst, he applies methods from environmental and natural resource economics to the design of public policies leading to the sustainable human use of the oceans.

Acknowledgments: This work has been supported by the Woods Hole Oceanographic Institution’s Ocean Twilight Zone program, which is part of the Audacious Project, a collaborative endeavor, housed at TED.