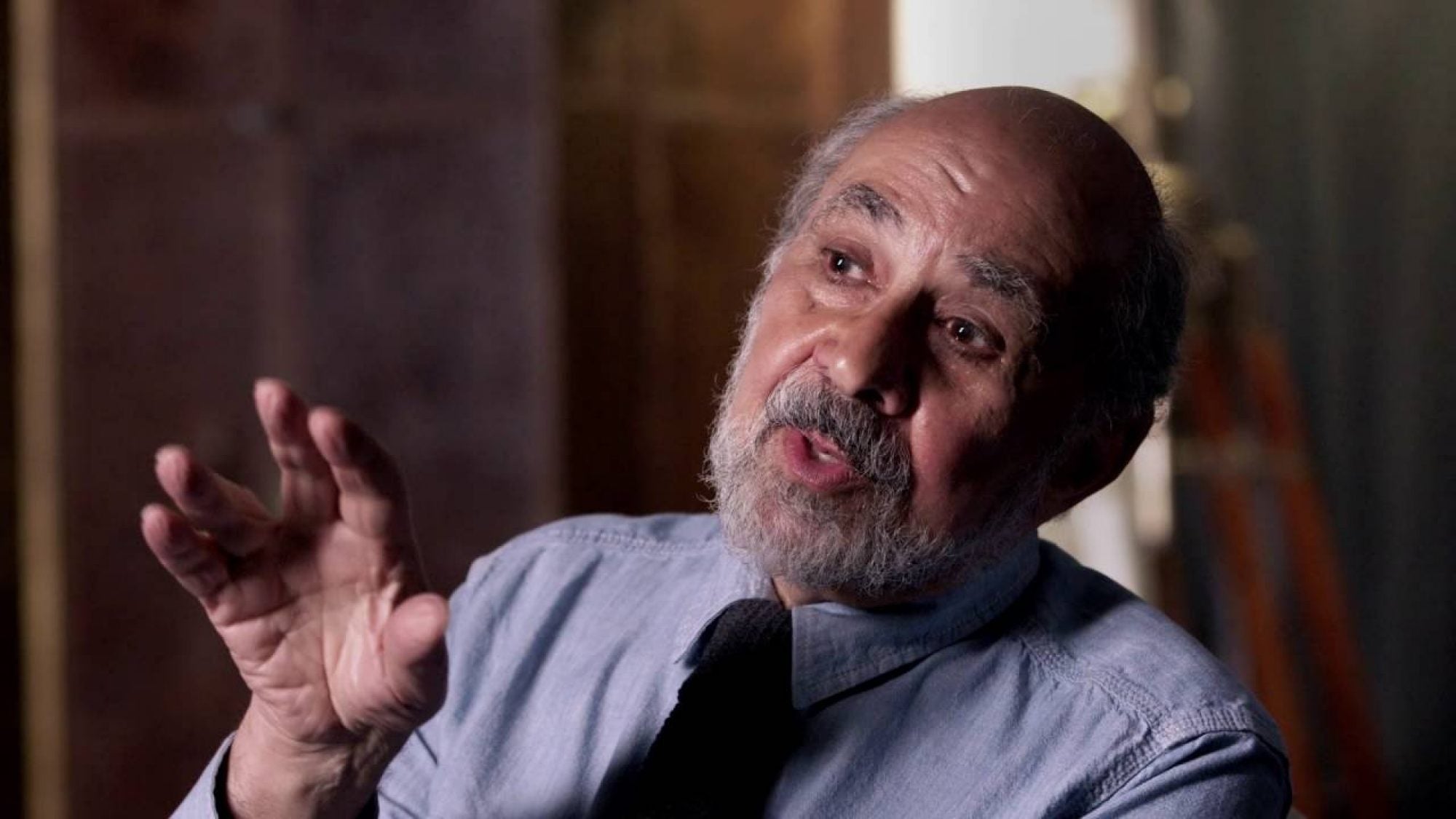 Title: Dr. Ervand Abrahamian on How the US Pushed Iran to the Right

GJIA sat down with Dr. Ervand Abrahamian, Distinguished Professor of History at Baruch College and the Graduate Center of the City University of New York, on October 25, 2020, to discuss the current direction of Iranian politics and the effects of four years of increased confrontation with Washington.

GJIA: Since the 1979 Revolution, analysis of Iran’s political process has been cast as a balancing act between hardliners and moderates. This is the main prism used to understand seemingly conflicting policy agendas within Iran’s top leadership. Do you think it remains valid? President Rouhani, originally seen in the reformist mould, would hardly be described as such these days. Has a shift to the right ended any recognizable tendency toward reformist policies?

EA: This goes to the heart of the issue of how, since the Revolution, Iranian politics are not monolithic. It has been forty years of genuine competition and rivalry between conservatives and reformers. The prominent reforming president of the 1990s, Hashemi Rafsanjani, was not shy in advocating for a more open system internally and normalizing relations with the West. The shift since then has gone from conservatives versus reformers to conservatives versus moderates. It is a crucial distinction; reformer and moderate are not interchangeable. The former has faded in recent years. The right-wing is ascendant, in no small part due to US-led sanctions and the collapse of the nuclear accord. The question now, which is still defined by political maneuvering within the government, is the degree of “hardline-ness.” The current president, Rouhani, is not a reformer. He leans toward a more moderate stance regarding internal policies and a revival of Rafsanjani’s foreign policy. But he is confronted, as Rafsanjani was, by powerful Islamist elements further to the right. Rouhani was, until the Trump years, able to play well within this context thanks to his own rightist credentials, including in the military with support from the Revolutionary Guards.

Foreign policy, and especially nuclear policy, is central to the rivalry between moderates and right-wingers. Rouhani put his reputation on the line with the nuclear deal. Conservatives always said they do not trust Americans and that they would never adhere to their commitments. With Trump, the right-wingers can say, “We told you so. You should never have signed this agreement and now they have pulled the rug from under us.” This reversal seriously undermines Rouhani and his allies ahead of the next presidential elections in early 2021. I have no doubt that some right-winger will win. This would happen after the conservatives have recently won control in parliament. With the presidency and legislature in the hands of those who oppose Rouhani, it will be near impossible for any type of improved relations with the United States even if power swings again in Washington.

You have been critical of President Trump’s approach focused on deepening Iran’s isolation through sanctions and embargoes, as well as specifically by abandoning the nuclear deal. You have called Trump’s Iran policy a “nightmare.” If hardliners are already dominant, how has US policy done a disservice to US. interests by strengthening the hard-liners?

Trump has lacked the nuance required to boost the position of moderates, to give them something concrete to claim as a prize. American foreign policy has three times undercut liberal reformers in Iran. First was the overthrow of Mossadegh in 1953. Second was with President Khatami in the early 2000s.  Khatami offered to negotiate the nuclear issue with the Bush administration and put his reputation on the line to improve relations. For his effort, he was slapped with Bush’s Axis of Evil speech. There was a direct line from that mishap to his replacement by President Ahmadinejad, an outspoken right-wing populist famous for his rhetorical attacks on Israel and the United States. Trump is the third example. He made Rouhani’s domestic position untenable by denying Iran the benefits of the nuclear deal and replacing them with severe economic sanctions. This unnecessary undermining will return the most hardline conservatives to power.

Trump’s denunciation of the nuclear agreement was unjustified. Bottom line: the deal succeeded in ensuring Iran would not be on the verge of a nuclear bomb. With the current confrontational approach, we have seen an accelerated enrichment program. The original fear was a Middle East war in the aftermath of Israel attacking Iran if the former was convinced the latter reached the point of a bomb. Obama was willing to put aside other issues in order to address the nuclear concern. I regard the Joint Comprehensive Plan of Action (JCPOA) agreement as a major success. It could have turned around the relationship, at least gradually. Then Trump came along and said it was not good enough. Rather than offer something substantial, Secretary Pompeo came up with twelve pre-negotiation demands. If you look at these demands, they essentially required Tehran’s unconditional surrender. There was no possible way Rouhani could accede to them. I am reminded of Georges Clemenceau’s quip at the Treaty of Versailles: “Woodrow Wilson came with fourteen commandments, the Good Lord only had ten.” This is the same with Pompeo. His twelve demands left no room for Iran to renegotiate. Tehran’s expectation now is that there will be a new US administration which seeks merely to fine-tune the accord signed by Obama.

Just as you have outlined an evolution from reformist to moderate, another internal issue in Iran not always observable to outsiders is the role of Islam in domestic policy—both in terms of the severity of its legal application and in its basic centrality to daily life.

Iran is pragmatic about Islam in domestic policy. Take, for example, the symbolic issue of women having to wear the headscarf. There is actually flexibility in its application. But there is a more important long-term shift, namely a diminished centrality of Islam in society. The discourse of the 1979 Revolution was Islam. Now, it is more about the Enlightenment and individual rights.  Iranians are discussing the limitations of religion, how much of today’s social and economic problems Islam can solve. There is a deep-seated cultural change, a silent secularization. In the long-run, this trend is favorable to the moderates. If Iranian politics were left on its own without external pressures, there would be a strong possibility of democratization.  For the first time in the public arena, there is a growing sentiment for liberty and equality. This is not necessarily new. Such ideas played a role in the 1906 Revolution, but were, by 1979, submerged in the language and propaganda of Islam.

There is a deep-seated cultural change, a silent secularization. In the long-run, this trend is favorable to the moderates. If Iranian politics were left on its own without external pressures, there would be a strong possibility of democratization. For the first time in the public arena, there is a growing sentiment for liberty and equality.

The survivability of the regime is impressive. If the government’s Islamic credentials do not quite have the same hold on the public as in 1979, how does it make its case, especially to its more restive young generations?

The system is opportunistic. Its main interest is to survive and retain support across politically significant sectors. Its overriding economic policy concentrates on sustaining welfare programs, including education, medicine, and social services in the traditional countryside where it enjoys higher levels of support. The welfare state survived for forty years because it implemented social programs. The educational system has had a huge expansion. Life expectancy is almost as good as in America. These things are often forgotten. Although there are economic protests, the majority of the state apparatus has done pretty well meeting public needs. Now, because of economic pressures, things are difficult. But for the people who have lived through the last forty years, they realize that there have been important advances.

Dr. Ervand Abrahamian, an Iranian American regarded as a leading historian of modern Iran with particular focus on its opposition movements, is the Distinguished Professor of History at Baruch College and the Graduate Center of the City University of New York. He previously taught at Princeton University, New York University, and Oxford University. Since 2010, he has been a Fellow of the American Academy of Arts and Sciences. 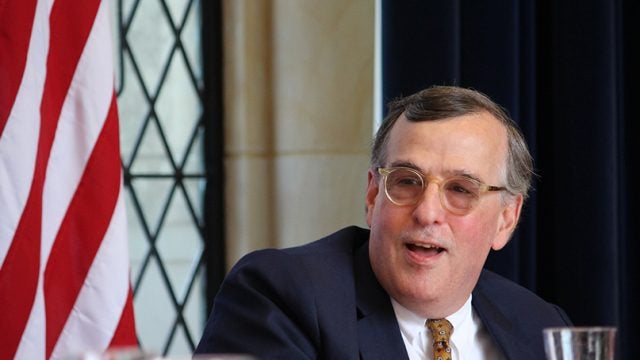 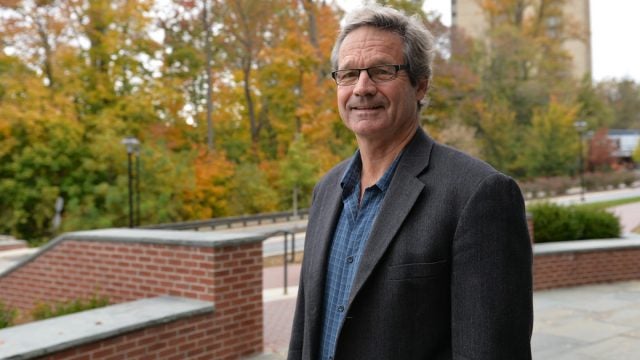 Dr. Charles Schmitz on the Yemeni Civil War’s Past, Present, and Future

The crisis in Yemen began in 2011 with the revolution against President Ali Abdullah Saleh and shift in power to the next president, Abdrabbuh Mansour Hadi. With the… 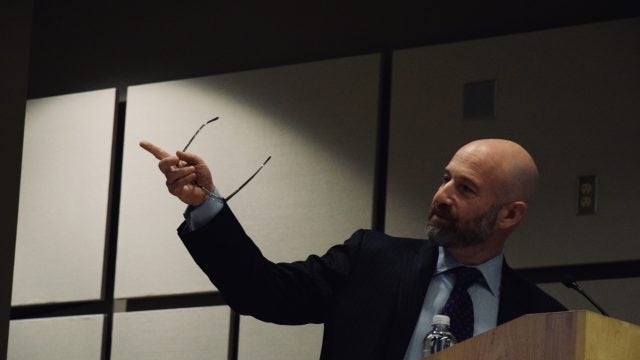 This article is the second installment of a two-part interview. As American and European governments propose new rules to regulate the growing monopoly power of technology giants,…