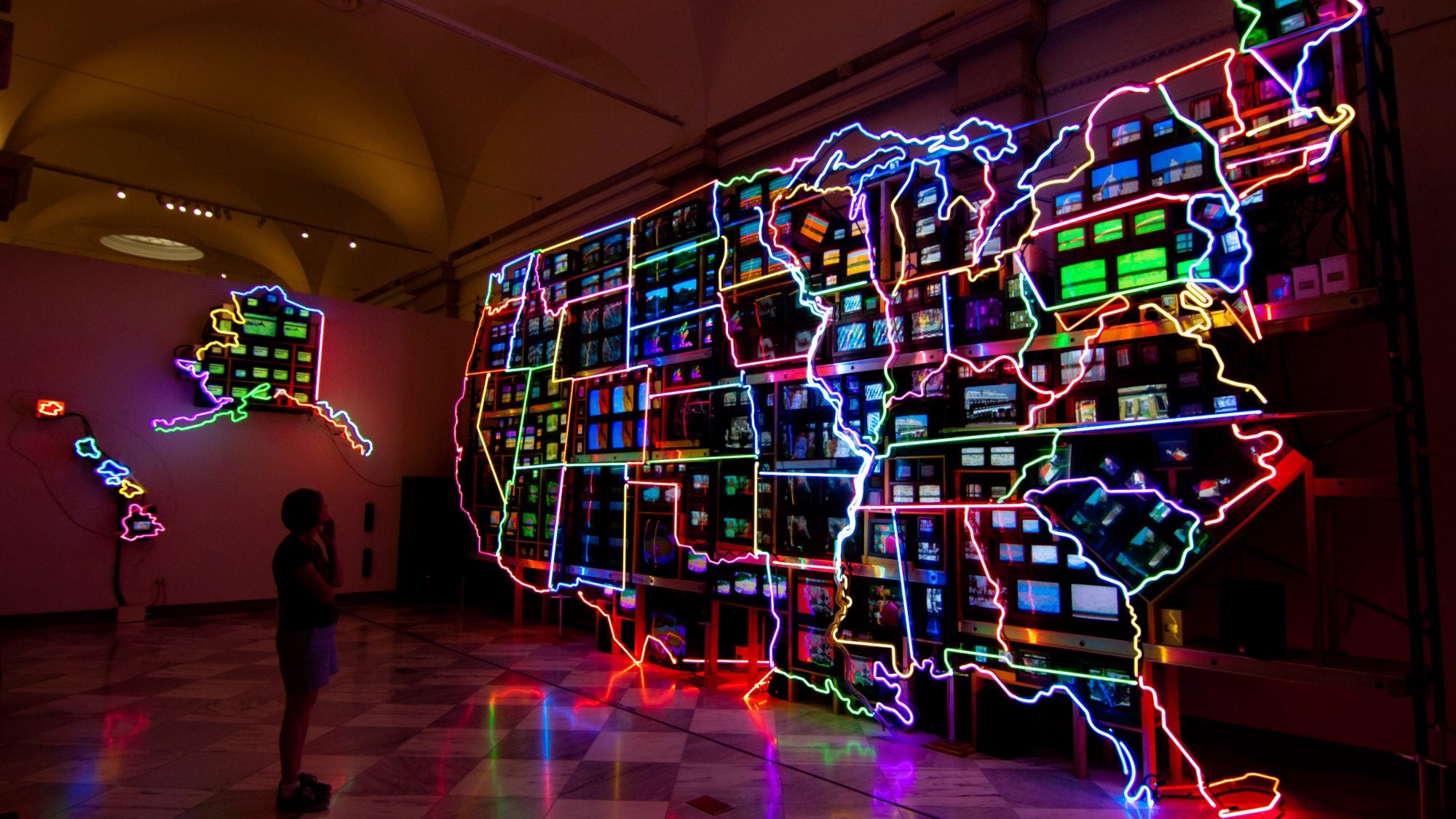 Title: The Disinformation Shift: From Foreign to Domestic

A new Georgetown report examines the problem of information operations and disinformation during election season and beyond. Thanks to better preparation and less aggressive attempts of outside interference, it appears that US actors kept foreign information operations at bay in 2020. But as false narratives continue to emanate from the highest ranks of the outgoing US administration, fighting disinformation will now require a coordinated “whole-of-society” approach that addresses both foreign and domestic vulnerabilities.

On November 10th, a week after the US presidential election and three days after media outlets projected victory for former vice-president Joseph R. Biden, Secretary of State Mike Pompeo stood at the podium in the State Department briefing room and spread disinformation. He stated that there would be a “smooth transition to a second Trump administration.” In doing so, the United States’ chief diplomat demonstrated the primary shift in the disinformation landscape around the US election: a shift from a narrative of foreign interference to one of domestic disinformation. Due to this shift, the incoming administration must work in partnership with technology companies and civil society to combat the intentional spread of false narratives—or ‘disinformation’—using both the foreign and domestic policy toolkits.

“Just Another Tuesday on the Internet”
Based on the evidence released so far, the relative lack of foreign interference in this election was not due to a lack of opportunities. Unprecedented numbers of mail-in ballots, political polarization and social tensions, climbing COVID-19 case numbers, and lockdown measures that left Americans stuck at home glued to their computers, created a fertile breeding ground for online disinformation, as experts warned in the weeks leading up to the election.

Foreign actors, including those based in Russia and Iran, did make attempts to exploit these vulnerabilities and spread false or misleading information and influence the US election. For example, a St. Petersburg-based troll farm, the Internet Research Agency, created a bogus news website that solicited pieces on divisive political topics from bona fide reporters to push to American audiences. Meanwhile, Iranian actors tried to threaten Americans to vote for Donald Trump while posing as members of the far-right US group Proud Boys. But despite these examples, and counter to expectations, there were no foreign disinformation campaigns or hack-and-leak operations on a scale comparable to 2016.

This failure of foreign interference is due in large part to greater public awareness of foreign influence operations and better preparation by US government agencies. On the cyber side, the fledgling Cybersecurity and Infrastructure Security Agency (CISA) worked to make the election “the most secure in American history.” CISA’s director Christopher Krebs—since fired by a presidential tweet for countering Trump’s disinformation—called Election Day “just another Tuesday on the internet.” Meanwhile, intelligence agencies identified Russian malware early on, and US Cyber Command carried out targeted attacks on malicious cyber actors, including Iran, to take down or disable foreign hacking operations.

A recent report from the Institute for the Study of Diplomacy (ISD) outlines how social media companies also took a series of steps to mitigate the impact of disinformation campaigns, and the increase in these efforts over the past year. For example, Twitter began to label misleading information around the coronavirus and Facebook, at times in conjunction with the FBI, removed accounts displaying inauthentic behavior. While the technology sector still needs to do more to regulate actors, behavior, and content on its platforms, the spread of scientific disinformation during the pandemic—combined with increased scrutiny during election season—forced social media companies to take action in the public interest to slow the spread of the “infodemic.”

As a result of these countermeasures, some of the foreign interference tools used in 2016 are not as effective today. But, as ISD’s report outlines, malign information operations deployed by foreign governments have also evolved since then. In fact, analysts have pointed out that foreign actors—Russia in particular—were less aggressive in their attempts to interfere in the election this time simply because they had fewer incentives to do so. In part, foreign actors did not need to try as hard to spread disinformation because the Trump campaign, the White House, and the American public are doing the job for them.

From Foreign to Domestic
The United States is now in an interregnum of sorts: Biden is the projected winner of the election, based on both official vote counts and media analyses to date. But Trump has insisted on continuing legal action and refused to concede, while the General Services Administration initially stalled the formal transition process. Several states have not yet formally certified the results, and the Electoral College does not meet until mid-December. Domestic actors, led by the Trump campaign and White House officials, are exploiting this uncertainty by spreading disinformation about supposed electoral fraud, glitches in voting machines, and late voting to muddy the waters and undermine citizens’ faith in the electoral process. The forthcoming Georgia Senate run-off election will likely see more localized disinformation campaigns, highlighting the ongoing salience of this problem. With such a polarized and volatile domestic situation, foreign actors can simply stand back and watch with glee.

The “Stop the Steal” movement, whose adherents spread the lie that election officials acted to “steal” the election from President Trump, shows how false narratives have caught on among segments of the population, which deepens political polarization and distrust in democratic institutions. The Stop the Steal Facebook group was one of the fastest-growing in the platform’s history, with as many as one hundred new members every ten seconds, before Facebook intervened and shut down the group after members called for street violence.

Nevertheless, the platform enabled the initial virality of the Stop the Steal message. After its deletion, the group’s members moved to other, more hidden corners of the internet and developed a unifying message for pro-Trump protesters around the country, including violent protests in Washington, DC. Moreover, while Trump’s legal challenges to the election results look increasingly dubious, his use of the courts serves another, entirely political purpose. As Joshua Geltzer, director of Georgetown’s Institute for Constitutional Advocacy and Protection, has argued, Trump is now using the judicial system as a vector to spread disinformation and set a precedent for future domestic attempts to undermine the electoral process.

Moreover, the Republican Party is amplifying the Trump administration’s disinformation. On November 19, the official Party Twitter account shared a quote by Sidney Powell, a lawyer who the Trump campaign has since disavowed. She claimed at a press conference that “President Trump won by a landslide” and that the campaign is “going to prove it.” Foreign actors no longer need to create fake Facebook groups to stoke divisions and undermine the United States’ image abroad, as they did in 2016. Instead, US officials can use social media and highly partisan TV networks to disseminate all the divisive content they need, and large parts of the American electorate believe, amplify, and act on their claims.

What’s Next?
Disinformation is here to stay. It was not new in 2016, and it will not disappear with the end of President Trump’s term in office—although he is doubtless both a symptom and a driver of division and distrust in the information and media environment, and in democratic institutions more generally. Nonetheless, increased overall voter turnout for President Trump in 2020 all but extinguishes the argument that “Russia” was the only reason his campaign succeeded in 2016.

This caveat, however, does not mean that disinformation campaigns are not worthy of close attention. If anything, foreign information operations have become more complex, more difficult to detect, and increasingly blur the boundaries between foreign and domestic disinformation by coopting local actors. However, we must not overstate their impact and should look more closely at the fissures in our own societies that allow domestic misinformation to spread.

A “whole-of-society” approach is the only way forward, with a focus on healing the divisions at home, teaching media literacy and critical thinking skills more effectively, and cooperating with allies and partners around the world to share best practices and establish a path forward. Long-term sensitization of populations is not a short-term project. But in the immediate term, transparency is key. For example, the US intelligence community should more openly broadcast information where possible, with civil society organizations tracking information operations to increase public awareness of disinformation. Meanwhile, tech companies need to facilitate better public access to data and algorithms to aid researchers studying social media platforms and disinformation, rather than attempting to derail such efforts.

The incoming administration wants to “build back better” at home in order to restore American strength abroad. This is the right approach to many issues, and will help strengthen the information environment and build resilience among the American public to restore trust in democratic institutions. It will require a concerted foreign and domestic policy response, as well as a great deal of introspection, to mend both democratic institutions at home and deter adversaries abroad.

Alistair Somerville is the publications editor at the Institute for the Study of Diplomacy and editor of The Diplomatic Pouch. Follow him on Twitter @apsomerville.

Jonas Heering is a research assistant at the Institute for the Study of Diplomacy. He is also the Bunker graduate fellow in diplomacy, and a master’s student in the School of Foreign Service. 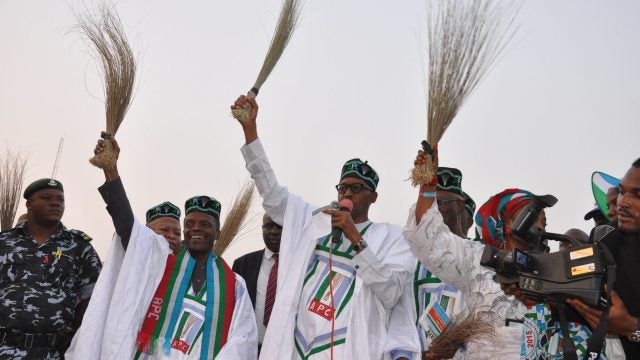 The Failure of Governance in Nigeria: An Epistocratic Challenge

The failure of governance in Nigeria manifests in the declining capacity of political leaders to recognize systemic risks such as election fraud, terrorist attacks, herder-farmer conflict, armed banditry, and police… 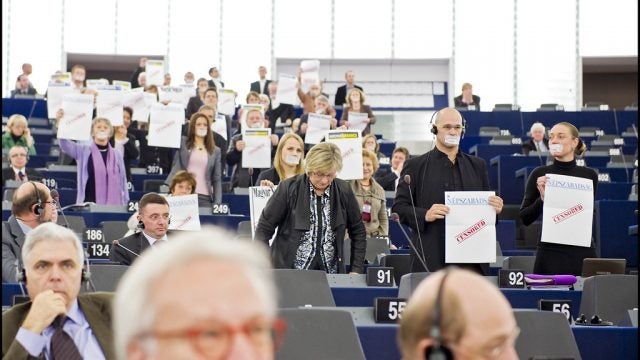 Hungary’s Transformation and the Complicity of the EU

Hungary, once the pioneer of liberal democratic transition, became the first authoritarian Member State of the European Union. How could this happen within the European community, built on… 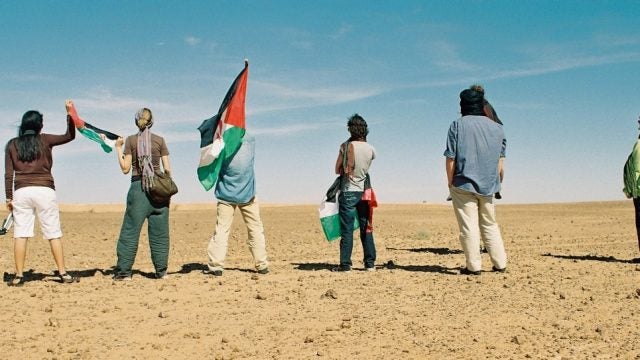