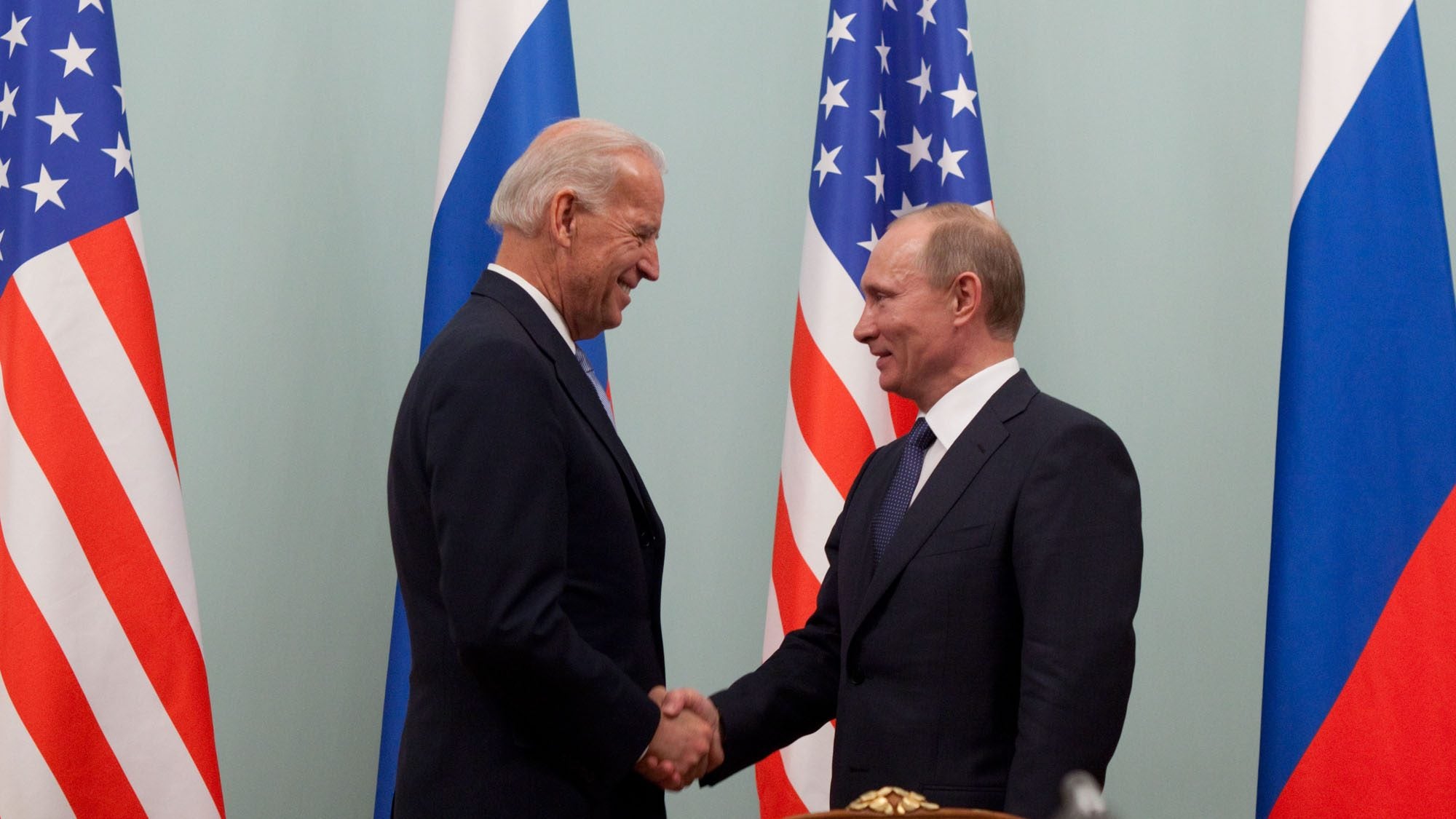 Title: Managing US Sanctions Toward Russia

Sanctions will remain part of the US toolkit for dealing with Russia under the incoming Biden administration. Certain principles should guide their use and could increase the chances that they will achieve US policy goals: sanctions should be embedded in an overall Russia policy, linked to a specific policy goal, understood by the Kremlin, clearly reversible if Russia ceases the offending action, and coordinated with US allies.

As Joe Biden prepares to become the 46th president of the United States, speculation has begun on what a Biden administration will mean for US policy toward Russia and sanctions on Russia. Sanctions will remain part of the US toolkit for responding to egregious Russian misbehavior. It would be useful if the new administration set down principles early on for their application.

As relations between Washington and Moscow—and, more broadly, between the West and Russia—deteriorated over the past decade, the United States and Europe applied an increasing number of sanctions in response to Russian actions. The United States has now sanctioned Russia for its aggression against Ukraine, cyber and disinformation activities aimed at affecting US domestic politics, and support for Syria and Venezuela, among other things. The United States has long applied sanctions on the Soviet Union and Russia due to human rights concerns.  The 1974 Jackson-Vanik amendment denied permanent normal trade relations status to the Soviet Union until Moscow allowed religious minorities to emigrate. The 2012 Magnitsky Act sanctioned Russian officials involved in serious human rights violations such as torture or extrajudicial killings (it was later amended to apply to other countries as well).

The sanctions result from both executive orders and legislation. Some target individuals with visa denials and asset freezes. Other sanctions hit specific companies. Still others aim at key elements of the Russian economy, particularly the financial, energy, and high-tech sectors.

The sanctions have had an impact on Russia’s economic growth, though the exact amount is difficult to measure and a subject of debate. Some sanctions may not be felt for some time. For example, sanctions that deny Russian companies access to American technology and financing for developing new and technically challenging oil fields do not constrain Russian oil production now. They will, however, limit Russia’s ability to develop new oil fields requiring high-tech extraction techniques as current wells are depleted.

The Kremlin regularly pooh-poohs sanctions, but Russian officials miss no opportunity to call for their lifting. Lifting sanctions was a key point during Vladimir Putin’s intervention in the virtual G-20 summit in November. True, in most cases, sanctions have not achieved their desired goal. Russia has not, for example, ended its conflict against Ukraine in Donbas. Sanctions, however, may well have deterred the Kremlin from other steps. Russian and Russian proxy forces have not tried to seize Mariupol, as many feared they might in 2015, and Putin dropped the claims to vast amounts of Ukrainian territory he made in  2014 (so-called “Novorossiya”).

When the Biden administration takes office, sanctions will undoubtedly remain an element of US policy toward Russia. To enhance its effectiveness, the administration should base its sanctions policy on certain principles.

First, the Biden administration should embed sanctions in a broader US policy toward Russia.  If the Trump administration had an overall Russia policy, it never articulated it. Absent a broader framework, sanctions seemed to take on a life of their own.

An overall policy should include strong measures to deter and push back against Russian misbehavior. These measures include enhancing the NATO military posture in the Baltic region, support—including lethal military assistance—for Ukraine, and sanctions. The overall policy should also include dialogue, both to apply guardrails, such as arms control, on what has become an increasingly adversarial relationship and to professionalize discussion of hard issues that might (or might not) chip away at some problems over time. The Reagan administration successfully used this combination in the 1980s.

Second, sanctions are not an end in themselves and should not be treated as such. They offer a means to achieve a policy goal and, thus, should be clearly linked to that goal, as in “this sanction will apply until Moscow does X” or “if Moscow does X, Washington will respond with this sanction.” The aim of sanctions should be to affect Kremlin calculations of the benefits and costs of its actions, hopefully tipping the balance against those actions that threaten key Western interests.

The Kremlin should also have clarity on what it must do to get the sanctions lifted. Thus, the sanctions should be tied to a single policy goal. Sanctions that seek to get Russia to correct two different kinds of misbehavior—for example, a ban on the export of dual-use technologies stemming from Russia’s aggression against Ukraine and the attempted poisoning of Sergey Skripal in Britain—likely will achieve neither objective.

Third, sanctions should seek to deter, if possible. It is easier to deter and dissuade an adversary from taking an unwanted action than  compel the adversary to reverse an action it has already taken. Specifying the sanction(s) that would result from a particular Russian action in advance could have a greater chance of affecting the Kremlin’s cost-benefit calculation.

Fourth, for sanctions to be effective in achieving their policy goal, Moscow has to believe that, if it takes the action desired by Washington, the sanction will be lifted. Unfortunately, US sanctions do not have the best history in this regard. The 1974 Jackson-Vanik amendment applied to the successor states, including Russia, following the Soviet Union’s 1991 collapse. Russia permitted open emigration, leading the Clinton administration in 1994 to determine that Russia had fully complied with Jackson-Vanik. Yet it was not until 2012 that Congress removed Russia from the amendment’s purview and granted the country permanent normal trade relations status—and then only in the Magnitsky Act, which applied new sanctions. If the Kremlin concludes that the sanction will remain in place regardless of what it does, it will have no      incentive to change its behavior.

Fifth, coordination with allies, particularly the European Union (EU), can dramatically enhance the impact of sanctions. Multilateral sanctions send a stronger political message. They also generate a greater economic impact. When the United States and European Union began consulting on sanctions against Russia after its seizure of Crimea, EU trade with Russia dwarfed US-Russia trade. Europe, thus, had more to withhold.

Currently, the fate of the Nordstream 2 gas pipeline could complicate sanctions coordination with Europe. The US government has good reasons to oppose Nordstream 2, which is hardly a commercial project. Renovating the Ukrainian pipelines would have been vastly cheaper, but Russia wants to circumvent Ukraine for geopolitical reasons. Nordstream 2, however, could pose a major problem between the Biden administration and Germany, the pipeline’s main European backer. Finding a solution to this issue will strengthen Washington’s ability to maintain a united sanctions front with Europe against Russia.

Sixth, the US government might consider pairing a carrot with sanctions to affect Kremlin thinking. For instance, to break the deadlock on a Donbas settlement, Washington could work with Berlin and Paris on a plan for a UN-mandated peacekeeping force and interim international administration. The peacekeeping force and interim administration would deploy to Donbas, providing a transition between the departure of Russian and Russian proxy forces and full restoration of Ukrainian sovereignty. When offering this as a face-saving way to help Russia leave Donbas, Washington and its partners could quietly add that failure to take up the offer would trigger additional sanctions.

Seventh, the Biden administration should consult with Congress as it shapes its sanctions policy. This coordination should prove easier than it has during the past four years, when both Democrats and Republicans on Capitol Hill did not trust the White House’s management of sanctions. That mistrust led to an overwhelming vote for the 2017 Countering America’s Adversaries through Sanctions Act, which gave Congress power to block the lifting of sanctions. The Biden administration will want to ensure that, if Moscow moves to correct offending misbehavior that justifies lifting sanctions, Congress does not block their lift. If the Kremlin adjusts its policy on a particular question and the linked sanction remains in force, that will undercut the power of all other and any future sanctions. Sanctions, in that case, would become just a means of punishment, not of attaining a policy objective.

Within these principles on sanctions, there is room for creative thinking. For example, would it make sense, when targeting individuals for visa sanctions and asset freezes, to sanction their families as well? It is one thing if a Russian businessman cannot travel to the United States or Europe; it would be quite another if his spouse could not make her annual shopping trip to London and his kids could not attend school in the United States or Britain.

Principles such as the above offer a structure for managing sanctions policy toward Russia. They also could increase the chances that sanctions succeed in achieving their desired policy outcomes.

Steven Pifer is a William Perry Research Fellow at Stanford’s Center for International Security and Cooperation. A retired Foreign Service officer, his 25+ years with the State Department included assignments as Deputy Assistant Secretary responsible for Russia and Ukraine, Ambassador to Ukraine, and Special Assistant to the President and Senior Director for Russia, Ukraine and Eurasia on the National Security Council.