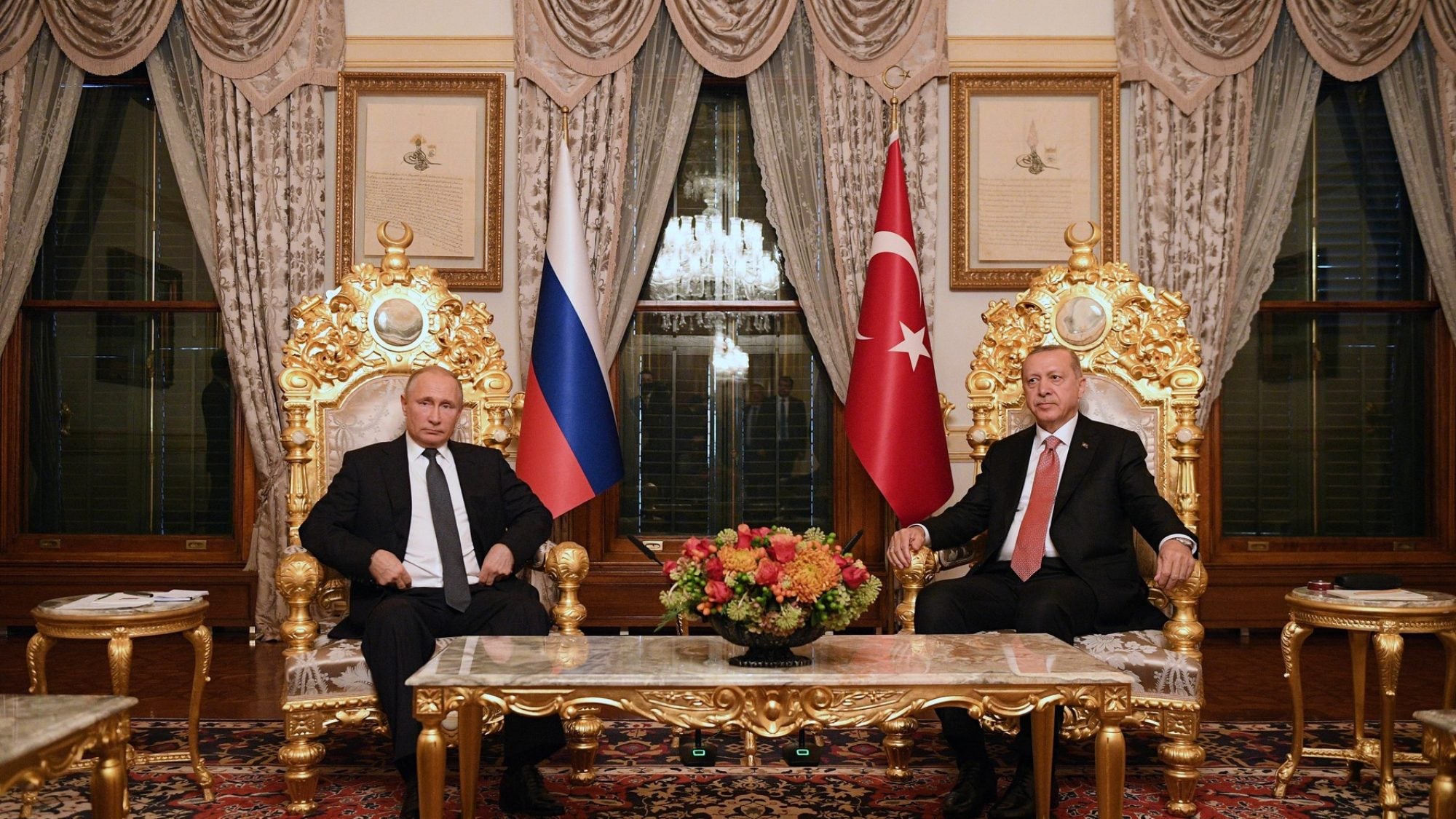 Title: Russia and Turkey Deconflict Their Geopolitical Moves in the Caucasus

The recent incidence of war in the Caucasus has shown that, when facing deep domestic troubles, Russia and Turkey demonstrate strikingly different patterns of international behavior. While Russia has become more cautious in responding to external challenges, Turkey has embarked on several power-projecting enterprises. Its forceful interference in the long-smoldering conflict around Nagorno-Karabakh took Russia by surprise and effectively secured a military victory for Azerbaijan. Moscow has assumed the main responsibility for terminating hostilities by deploying a peacekeeping force, but its capacity for managing the war zone and its commitment to deconflicting tensions with Turkey remain uncertain. The United States and the European Union have few levers for influencing this interplay of clashing agendas of local actors and regional powers and fewer reasons to trust Russian and Turkish leaders to put peacebuilding ahead of their ambitions.

Two Rivals and Two Masters of the Caucasus

The fog of war is gradually lifting from the battlefields around Nagorno-Karabakh, and although the contours of new geopolitical fault-lines around this old conflict become clearer, they also become more dangerous. European security has suffered a blow, and the European Union has proven unable to make a difference with its neighborhood policy. The conflict in Nagorno-Karabakh originally started with the collapse of the Soviet Union and was effectively “frozen” in 1994, but Azerbaijan was firm set to recover the lost territories, while international efforts at negotiating a solution proved futile. The prospect of a new war was looming. After many minor clashes, a conflict indeed erupted on September 27, 2020 and lasted for forty-four days, resulting in a major territorial reconfiguration. Now Armenia is struggling to internalize the consequences of defeat, and Azerbaijan is celebrating its long-awaited victory by throwing a military parade, but the big geopolitical picture of this local enmity is reshaped by the actions of two key regional power-brokers—Russia and Turkey.

The autocratic leaders of these ambitious but economically troubled powers, Vladimir Putin and Recep Tayyip Erdogan, are both eager to claim success, but the reality and the prospects of further transformation of this conflict are certainly more complicated than their self-glorification. Russian and Turkish security agendas are clearly in conflict in the Caucasus, which makes their rivalries in Syria and Libya even more acute. This complex and fluid discord turns deconflicting into a key task in their still formally maintained “strategic partnership.”

The tumultuous year of 2020 has been for Russian foreign policy a year of Turkish surprises. It started with an offensive operation of Turkish army in Northern Syria, which Moscow sought to counter with the long-planned “conquest” of the rebel-held Idlib province by the forces of the al-Assad regime supported by Russian airstrikes. Erdogan, however, refused to accept the seemingly sensible Russian bargaining offer and ordered more troops to deploy into Idlib despite the risk of casualties and forced Putin to agree on a no-win ceasefire.

Immediately after this “freeze,” Turkey-trained Syrian militia started to arrive to Libya, where Erdogan opted for a direct intervention in support of the beleaguered Government of National Accord (GMA) in Tripoli. Moscow deployed hundreds of mercenaries (known as the “Wagner Group”) to reinforce the motley forces of “field-marshal” Khalifa Haftar, who tried to expel the GMA from Tripoli but suffered a devastating defeat. Since Russia refrained from escalating the confrontation and conceded the lead in negotiating a ceasefire to Egypt, a dozen of combat planes re-deployed from Syria to the al-Jufrah airbase in central Libya has mostly remained idle.

After these cautious acknowledgements of Turkish interests, Moscow expected some reciprocity and was thus taken completely by surprise when Ankara decided to unequivocally support Azerbaijan, launching a full-scale offensive against Armenian positions around Nagorno-Karabakh in late September. Azerbaijan’s President Ilham Aliyev found a perfect timing for his loudly promised “military solution” as Russia was preoccupied with the unfolding revolution in Belarus. Meanwhile, key European states had to deal with the rising second wave of the COVID-19 pandemic, and the United States entered into the final stretch of the tightly contested presidential election. Yet, without Turkish supplies, technical specialists guiding drone attacks, and “volunteers” from Syria transported via a Turkey-operated air bridge, Azerbaijan’s offensive would have been an uphill battle.

Moscow has issued protestations against Turkey’s interference in the Caucasus, which it used to see as the area of its unquestionable dominance, since the August 2008 war with Georgia; it decried in particular the use of Syrian “terrorists” but abstained from any forceful action. The only tangible message to Ankara was an airstrike on a camp of Turkey-trained militias in Idlib, which made little impression on the emboldened Erdogan. Russian command refrained from any follow-up, perhaps out of concern about Turkish readiness to escalate hostilities, spelled by some experts in Moscow. Putin’s half-hearted attempts at negotiating cessation of hostilities and coordinating with French President Emmanuel Macron remained futile. The breakthrough happened only after the Azerbaijan’s army captured the most coveted prize – the ancient fortress Shusha – and the desperate Armenian leadership had to accept a deal codifying its defeat.

Managing a Pseudo-Peace without Reconciliation

The agreement hastily engineered by Putin late in the night of November 9, 2020 is a proper compromise in the sense that it satisfies neither of the three signatories. Azerbaijan has gained more territory than it captured during the war but stopped short of asserting its sovereignty over Nagorno-Karabakh. Armenia has avoided a total catastrophe but gained only five years for rebuilding its army, the only force that can possibly stop the triumphant Aliyev from attempting another assault. Russia has deployed a peacekeeping force into the war zone, executing the plan that it designed back in 1995, but its capacity and readiness to take on the burden of managing this high-risk conflict are very much in doubt. Violations of the ceasefire have already occurred and the lightly armed Russian peacekeepers are not ready to enforce the rules.

What appears for many Russian commentators as the main achievement in securing this pause in hostilities is the exclusion of Turkey from the trilateral arrangement that is quickly taking shape on the contested ground. Putin has firmly insisted that Turkish troops would not partake in the Russian peace operation but had to concede that they would be present in the joint peacekeeping center that would monitor the activities, including by the use of drones.

Far more important is that the de-facto alliance between Turkey and Azerbaijan has proven to be strong and resilient, in contrast to the pro-forma alliance between Russia and Armenia which has failed to make any difference in the course of six weeks of heavy fighting. Erdogan’s boastful performance at the military parade in Baku confirmed that Turkey has established itself as a major force in the Caucasus and intends to expand its position and influence further.

The achievement of these intentions, as well as the robustness of Russian peacekeeping, will depend upon the domestic developments in these two crisis-affected autocracies. It is striking that their external ambitions and behavior have evolved very differently in the still on-going time of troubles. Facing a protracted recession and a contraction of petro-revenues, Putin has shown greater caution in expending resources on foreign policy enterprises. Erdogan, on the contrary, has embarked on a series of power-projections that have aggravated economic situation and even affected his own family.

It may be beneficial for Russia that the European Union and the United States now recognize Turkey as the main troublemaker and treat Erdogan accordingly. Russian strategy-makers can perhaps count on the costly consequences of Turkey’s bold overextension and plan for taking advantage of inevitable retreats. Addressing the immediate challenges, however, they have to focus on risk-minimization by accommodating Turkish claims and covering own vulnerabilities.

The methods of deconflicting that have worked reasonably well for preventing clashes between Russian and US forces in Syria are now employed for discharging tensions generated by clashing Russian and Turkish agendas in Libya, Syria, and the Caucasus. It is in the latter that stakes are the highest, sensitivities to hostile incursions are the most acute, and behavior of local allies is uncontrollable. The United States and the European Union have few levers for influencing the management of the awkwardly paused Nagorno-Karabakh conflict and fewer reasons to trust Putin and Erdogan to put peacebuilding ahead of their ambitions and calculations.

Dr. Pavel K. Baev is a Research Professor at the Peace Research Institute Oslo (PRIO). He is also a Senior Non-Resident Fellow at the Center for US and Europe, Brookings and a Senior Research Associate at the French Institute for International Relations (IFRI). His research on Russian policies in the wider Middle East is supported by the Norwegian Foreign Ministry. 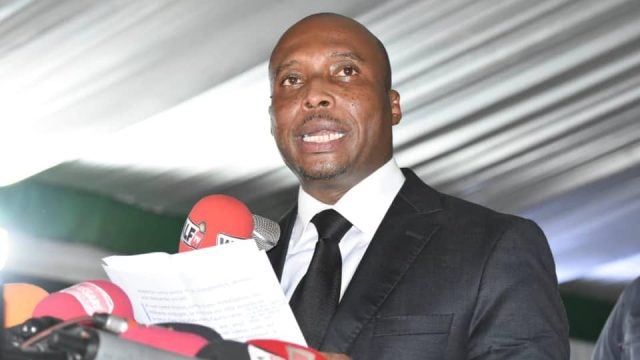 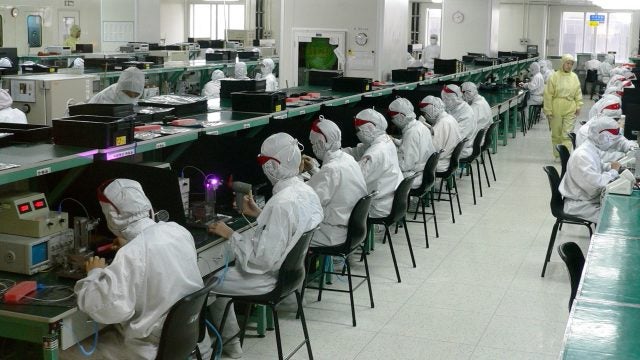