Many of China’s technology companies perfect their products in the domestic market by facilitating the party-state’s oppression and data control, and subsequently seek to export the technology to fledgling authoritarian states or nations with fragile democracies. This is part of Beijing’s strategy to enhance its digital instruments of national power, normalize illiberal uses of technology, and equip foreign governments with the tools to replicate aspects of the CCP’s authoritarian governance model. If Washington wants to blunt this strategy, the US government needs to implement a comprehensive strategy of its own to address this.

As the Chinese economy grew exponentially over the past couple decades, so did its capacity to support technological innovation. China’s tech giants have flourished, responding to the demand of a rapidly digitizing population by developing much-needed technology and digital services. A growing proportion of this new technology is classified as dual-use technology, which gathers data that can be processed to facilitate authoritarian practices even when its original intended use case was benign. Dual-use technology is not unique to China, but China is the only country producing such technology at scale within an authoritarian system. Furthermore, Beijing’s national security and cybersecurity laws preclude companies from having any official recourse when instructed to comply with the government on nebulous national security matters.

Still, companies willingly seek opportunities to work with the government in order to test and refine their technology, even when the projects limit civil liberties. For example, surveillance and AI developers such as Hikvision and iFlytek have partnered with authorities in Xinjiang to facilitate the oppression of the region’s Uyghur minority. In the short term, the party-state benefits from an increased level of control and the partner companies acquire lucrative contracts. Over the long term, both parties benefit from marketing the technology abroad as “tried and true” tools that make authoritarian rule easier.

Understanding Beijing’s Strategic Digital Toolkit and Objectives
The three fundamental vectors in Beijing’s strategic toolkit for making the world more hospitable to illiberal practices are digital infrastructure, norms, and data acquisition. Huawei’s 5G rollout has dominated conversations in Washington about China’s export of surveillance tools, but it is just one instance in Beijing’s broader campaign to expand its global technological footprint. In addition, China often supplies the tools it uses to control its own population to governments that are seeking to emulate elements of the Chinese Communist Party’s governance model.

After several major Belt and Road Initiative (BRI) projects failed to deliver results or incensed the populations of their host countries, intense scrutiny and criticism from the international community pushed Beijing to shift its focus to the BRI’s digital component, the Digital Silk Road (DSR). While DSR projects similarly aim to fill infrastructure gaps in the host country, digital infrastructure projects are typically less expensive and logistically complicated than traditional hard infrastructure projects, which is especially important given the projected long-term global economic contraction triggered by the COVID-19 pandemic. The projects’ digital focus also provides a greater strategic value to Beijing.

The renewed emphasis on the DSR is supported by Beijing’s sustained campaign in multilateral bodies to gain influence through leadership positions and savvy financial contributions in order to legitimize its projects, facilitate the adoption of Chinese technical standards, and normalize illiberal behavior across the globe. China has secured over two dozen BRI memoranda with UN agencies and commissions, including with the International Telecommunications Union (ITU), which Secretary-General Houlin Zhou signed an agreement “to cooperate with China to assist countries to strengthen their information and communications technology networks and services” at the 2017 Belt and Road Forum. Beijing also spearheaded initiatives to legitimize broad-brush Internet censorship and crimp access to websites hosted in other countries under the guise of “internet sovereignty” in the ITU and UNGA, finding success through enlisting the support of likely allies Russia and North Korea, as well as swing states in the Group of 77.

One of Beijing’s goals in setting the tone of global conversations about the Internet is to lay the groundwork for taking advantage of global information flows. The videos and messages that users upload to apps like TikTok represent the tip of the data iceberg that the app collects. Chinese tech giants can claim—as TikTok’s parent company ByteDance did in 2019—that because there is an air gap between international and domestic operations, their data are not subject to Chinese law. However, due to the massive leverage that the PRC has over private companies in China, Chinese national security authorities could easily decide to put that claim to the test. Beijing is launching companies, state-owned ventures, and researchers with hidden ties to the People’s Liberation Army (PLA) abroad in order to tap into massive amounts of data, expertise, and intellectual property. While the individual pieces of information may not be of great strategic importance, at the macro level, these foreign data sets are invaluable for improving Chinese AI research and development projects.

Facing Strategy with Strategy: Crafting a Principled US Approach
The above vectors constitute integral parts of Beijing’s digital strategy to increase its power by spreading technology that facilitates authoritarian governance, expanding China’s role in shaping global digital norms, and further honing its domestic instruments of power. This strategy does not exist in a vacuum—US-China strategic competition lies chiefly in the economic and technological realms because therein lie the most effective levers short of war that China can pull to challenge the supremacy of the United States. Thus far, large elements of China’s digital strategy have gone unanswered.

If the United States is not ready to cede its position in the Indo-Pacific and the world, Washington must adopt its own comprehensive digital strategy. For such a strategy to have the greatest impact, it ought to adhere to the following principles. First, the strategy should focus primarily on the Indo-Pacific Region while remaining globally adaptable. Second, it should advance concrete positive alternatives from the United States rather than simply condemning Beijing. Third, it should harness the full potential of all relevant government agencies. And fourth, it should involve US allies and partners to the greatest extent possible.

As the world’s economic center of gravity and home to many countries undergoing rapid digital transformations, the Indo-Pacific Region is of primary importance to US-China strategic competition in the digital realm. Though the Indo-Pacific will be the focal point of great power rivalry for the foreseeable future, the contest is global in nature, and over the past decade, elements of competition that originated in Asia have foreshadowed global trends. A US digital strategy will need to first and foremost offer solutions that address the unique challenges of the Indo-Pacific, while also remaining adaptable to other parts of the world.

One such challenge is the reality that many Southeast Asian nations rely heavily on trade and development assistance from China and cannot afford to give Beijing an excuse to assail them with economic coercion. Some countries in the region are undoubtedly observing the ongoing Australia-China trade imbroglio—in which Beijing imposed tariffs on a host of Australian goods and issued Canberra a list of 14 “grievances”—and drawing the conclusion that they could not weather similar economic disruption. Many Indo-Pacific nations are dependent on China because they feel they have no viable alternative. This could be a point in favor of democracies if the United States and partners framed their strategies positively as realistic alternatives rather than only attempting to convince governments in a tough spot to forego much-needed access to the Chinese economy. In order to be true alternatives, initiatives of a US digital strategy must be able to stand on their own merits and be compelling in comparison to an actor that doesn’t adhere to international norms.

Countering Beijing’s digital strategic goals falls within the mandate of a host of US government agencies. While some offices developed responses to elements of China’s actions—including the DFC’s Blue Dot Network, State Department’s Clean Network program, and USAID’s Digital Strategy—no single body is responsible for ensuring these initiatives coalesce into a coordinated US digital strategy. Such a strategy could be bolstered further by new initiatives, such as tracking and assessing digital infrastructure projects at the National Security Council (NSC) and supporting exchanges between governments and civil society on digital norms through State IIP. Many additional bureaus have unique roles to play in galvanizing a whole-of-government approach as well.

The same principle also applies to leveraging the strengths of Washington’s regional allies and partners. Since the pandemic began, the historically disjointed threat perceptions and priorities regarding China among US allies and partners converged significantly, especially for Indo-Pacific powers like Australia and India. The timing of this shift is auspicious, as the nascent Biden administration has communicated its desire to restore trust by working more closely with allies. Seeking linkages with Australia’s Pacific Step-up, Japan’s Free and Open Indo-Pacific Strategy, and South Korea’s New Southern Policy would be a strong step in this direction. Moreover, cooperation would act as a force multiplier to any US digital strategy by collectively increasing capacity and decreasing vulnerability among like-minded nations. Another potential initiative is forging an alliance innovation base, which would incentivize nations to adopt more effective technology protection regulations by increasing the potential for collaborative defense innovation.

Conclusion
Frequent diplomatic blunders impede the actualization of China’s digital policy ambitions, but Beijing is well-positioned to take advantage of the vulnerabilities caused by a protracted global economic recession in the wake of the pandemic. Now more than ever, Washington must act decisively to implement a comprehensive digital strategy of its own that transforms these challenges into opportunities for the United States to reestablish its value and commitment to the Indo-Pacific.

Joshua Fitt is a Research Associate with the Indo-Pacific Security Program at the Center for a New American Security (CNAS). He recently co-authored a report on China’s growing digital footprint in South Korea and a policy brief featuring five big ideas for a US digital development strategy. 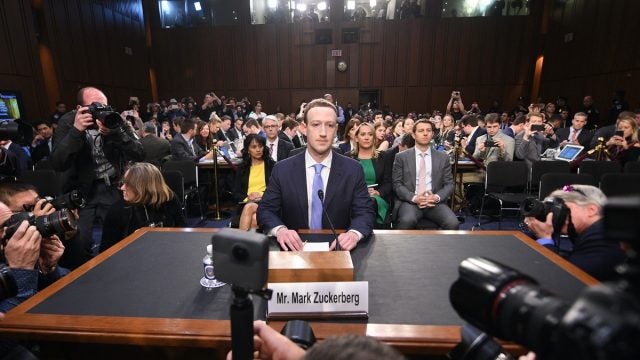 Can Lawmakers Save Democracy from Big Tech? 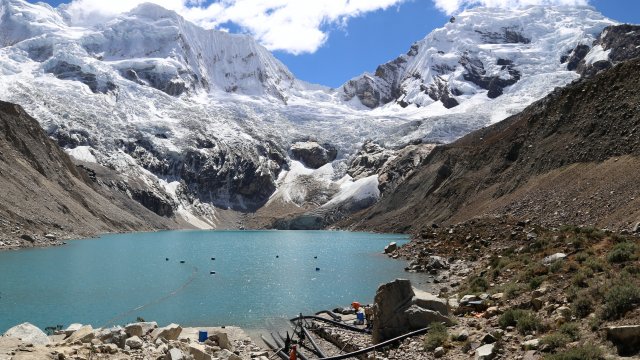 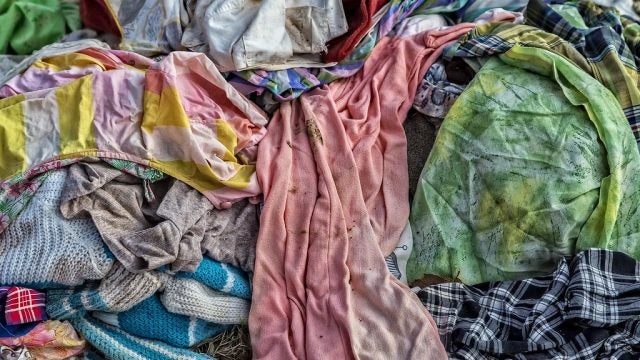 From Fast to Slow: How to Construct a Better Balance in the Fashion System