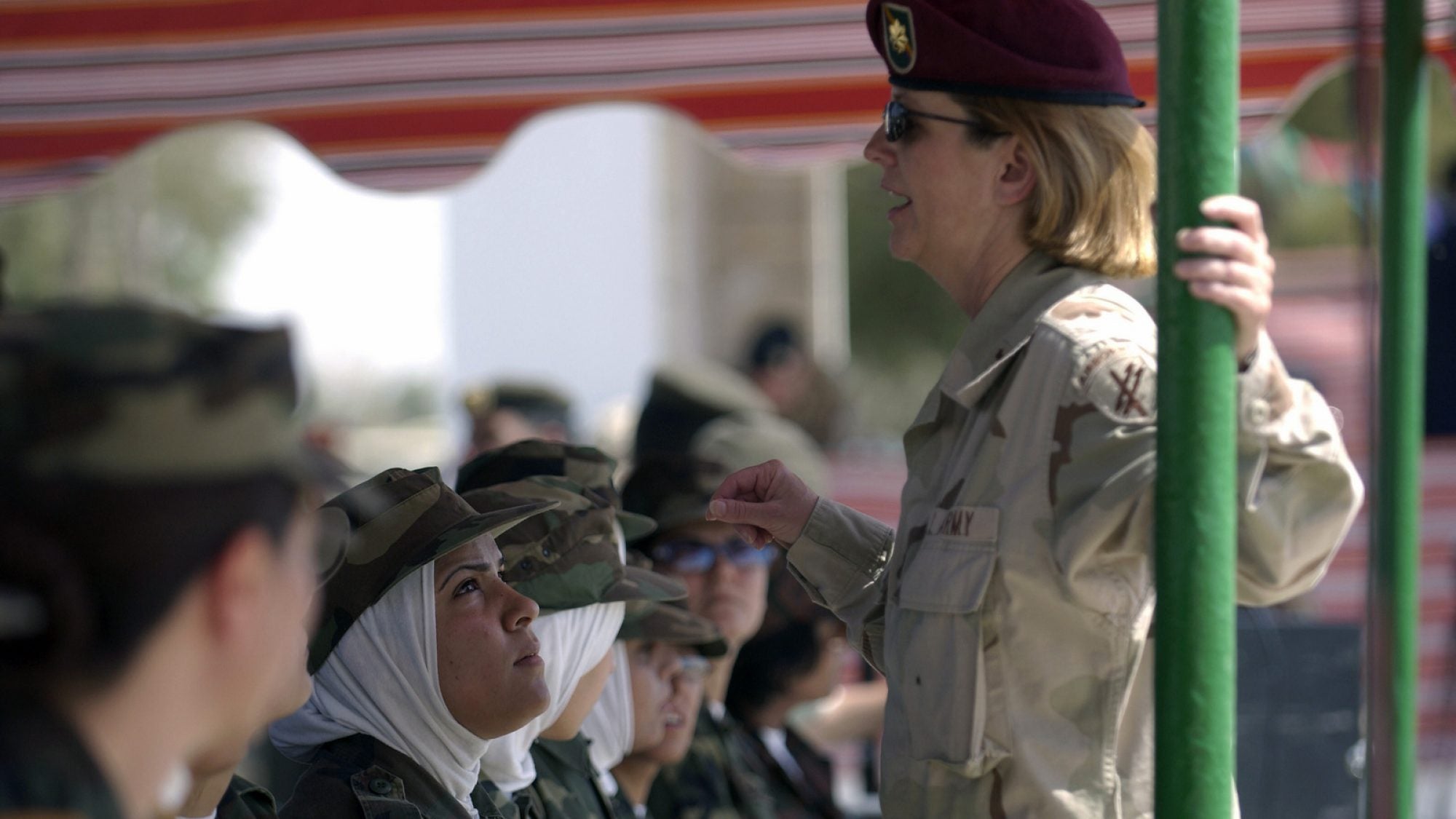 Title: The Recent Push to Expand the Draft to Include Women, and Why It Still Faces an Uphill Climb

Six years after all combat positions were opened to women, the legality of a male-only draft registration awaits a potential Supreme Court review. Beyond this existing institutional constraint, a number of societal trends, including waning popular support and growing civil-military disconnectedness, have further complicated the politics of the draft. Given the expansion of women’s roles in the military, it’s time to include them in the Selective Service System registration alongside their male counterparts while there’s no looming requirement on the horizon to invoke the draft for a full wartime mobilization.

On February 10, 2021, ten retired general and flag officers—seven men and three women—including General (Retired) Stanley McChrystal and Lieutenant General (Retired) Claudia Kennedy, filed an amicus brief with the Supreme Court, lending their support to a case brought by the National Coalition for Men, which seeks to extend mandatory draft registration in the United States to women. In many ways, including women in the draft is the logical next step after all combat roles in the armed forces were opened to women in 2015. Despite this, barriers to women’s registration with the Selective Service System remain. Nonetheless, expanding the draft to include women enhances national security by opening up a wider pool of talent for military service.

Why Momentum Exists to Register Women for the Draft
In response to the 2015 opening of all combat positions to women, a series of legislative and judicial actions have raised the question of whether or not women should be required to register for Selective Service. In June of 2017, Congress considered requiring female registration in the National Defense Authorization Act, but instead created the National Commission on Military, National, and Public Service to explore the issue. In 2019, the National Coalition for Men filed a suit against the Selective Service System alleging that male-only registration requirement violates the Constitution; the US District Court for the Southern District of Texas ruled in the organization’s favor. The Fifth Circuit court subsequently repealed the finding in August 2020 and the Supreme Court has been asked to review the decision by the Court of Appeals. In March 2020, the Report to Congress of the National Commission on Military, National, and Public Service recommended the Military Selective Service Act (MSSA), last amended in 1971, be updated to require women to register for the Selective Service System (SSS).

The exclusion of women in the SSS is the last legal barrier preventing full gender equality and equal opportunity in the US military. The 1981 Supreme Court precedent that mandates excluding women from the draft, Rostker v. Goldberg, cited the combat restrictions on women in its decision. Now that women are eligible for all military roles, the sole justification for men-only registration is gone. Requiring women to register would demonstrate that women and men have both equal rights and responsibilities in service to the nation.

One of the most compelling arguments for registering women for the draft is the expansion of the talent pool for US national defense. With US population growth at its lowest in over eighty years and seventy percent of Americans of draft age—both women and men— deemed “unfit” for military service, expanding the draft to include women could provide much-needed additional human capital. According to Richard Kohn, a Professor Emeritus of military history, who was quoted in a recent article by BBC News, “If you want the best human capital in your force you need to include women – there is simply not enough of the necessary caliber in the male population to get what you need.” Beyond merely increasing the pool of possible contributors, women bring different skill sets, experiences, and perspectives that could enhance decision-making and readiness. All of these reasons are particularly timely as the United States Government (USG) increasingly views China as a potential threat—a country whose 1.4 billion population not only dwarfs that of the United States but also wields military manpower of 386 million personnel (including active and reserve forces), exceeding the US’s total population of 330 million.

Why It Still Might Fail
Despite the successful integration of women into combat roles over the past five years, opening the draft to women is not a foregone conclusion. When given the chance to act four years ago, Congress opted to create the Commission to study the issue instead and may decide to let the Supreme Court resolve the issue instead.

Beyond the institutional challenges, opening the draft to women faces resistance from an unexpected constituency—American women themselves. While polling data on women’s inclusion in the draft is limited, a 2016 Rasmussen survey of likely US voters found only thirty-eight percent of women agreed that women should be required to register for the draft. In contrast, sixty-one percent of men supported opening the draft to women. Some of that support, however, may be anchored by the men’s rights movement, represented by groups like the National Coalition for Men, which seeks to equally distribute what it perceives to be an unequal burden. Should women conclude that burden-shifting is the primary driver behind including women in the draft, they will likely remain skeptical of such efforts. Women’s tepid support for expanding the draft may also be rooted in another factor: low support for the draft, period. The last time a majority of Americans voiced support for the draft was in 1981. Today, less than twenty percent of Americans support the prospect of returning to the draft. As the United States soon approaches the 50th anniversary of the All-Volunteer Force, many Americans perceive the draft as a relic from a bygone era, and discussions about expanding it are abstract and carry little salience. Reviving the draft would require both Congressional and Presidential approval. Given current popular sentiment, its reinstatement will be unlikely except in the most extreme circumstances.

Compounding matters, a byproduct of the All-Volunteer Force is that today’s smaller, professional military is fairly isolated from American society, with fewer Americans reporting that they know someone in uniform. Nearly twenty years after 9/11, the American public still views its military with reverence, but also ignorance. The American public’s trust in the armed forces remains high, but many Americans are unfamiliar with military matters, evident by the large percentage of survey respondents who answered “don’t know” or “no opinion” to questions about the military, as recounted in Kori Schake and Jim Mattis’s book, Warriors and Citizens. This disconnectedness not only makes recruiting for today’s military even more challenging but may also make it more difficult for some women to envision themselves serving, even in a time of crisis that would necessitate a draft.

The Way Forward
Given the disconnect between broader American society and the armed forces, changing the requirements around Selective Service feels intangible to the majority of Americans. Not only is the idea of draft relatively meaningless since it hasn’t been invoked in decades, but most Americans have no conception of the myriad positions available and instrumental to national defense. The vision of a soldier, sailor, airman, or marine is often grounded in what civilians have seen in movies, television, or other media, which is greatly skewed towards the twenty percent of the force serving in combat classified positions. A greater appreciation for the many contributions of women to the national defense over the course of American history, particularly those during the last twenty years in Iraq and Afghanistan, could amplify the importance of their inclusion to the SSS.

Therefore, it follows that the same organizations that advocated for the repeal of combat exclusionary rules agree with the National Coalition of Men on this particular issue, although the Service Women’s Action Network would also “be welcome to a debate” on terminating the SSS entirely. Though terminating the all-male Selective Service registration requirement could end the debate, there’s no way to be completely certain that the United States won’t need to mobilize its population fully again in response to some future conflict. To that end, there’s value in deciding to expand who would be drafted in such an eventuality, which, in the interest of gender equality and national security, must include both women and men.

Dr. Rebecca D. Patterson is the Associate Director of the Center for Security Studies and the Security Studies Program at Georgetown University and Professor of the Practice of International Affairs in the Edmund A. Walsh School of Foreign Service. A retired US Army officer with more than 22 years of experience, she served in overseas assignments in Thailand, Korea, Iraq, and Afghanistan.

Dr. Heidi Urben is an adjunct associate professor in Georgetown University’s Security Studies Program, a non-resident senior associate at the Center for Strategic and International Studies, an adjunct scholar at West Point’s Modern War Institute, and a retired Army officer. Her research focuses on US civil-military relations. 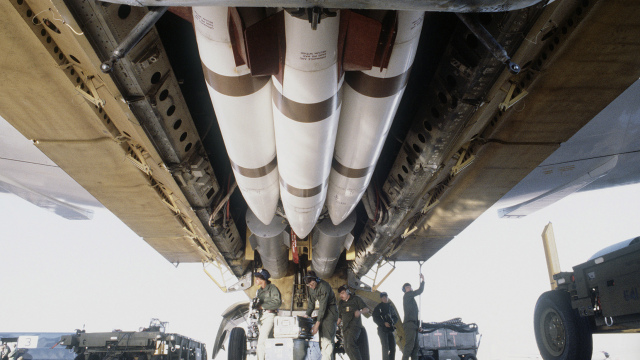