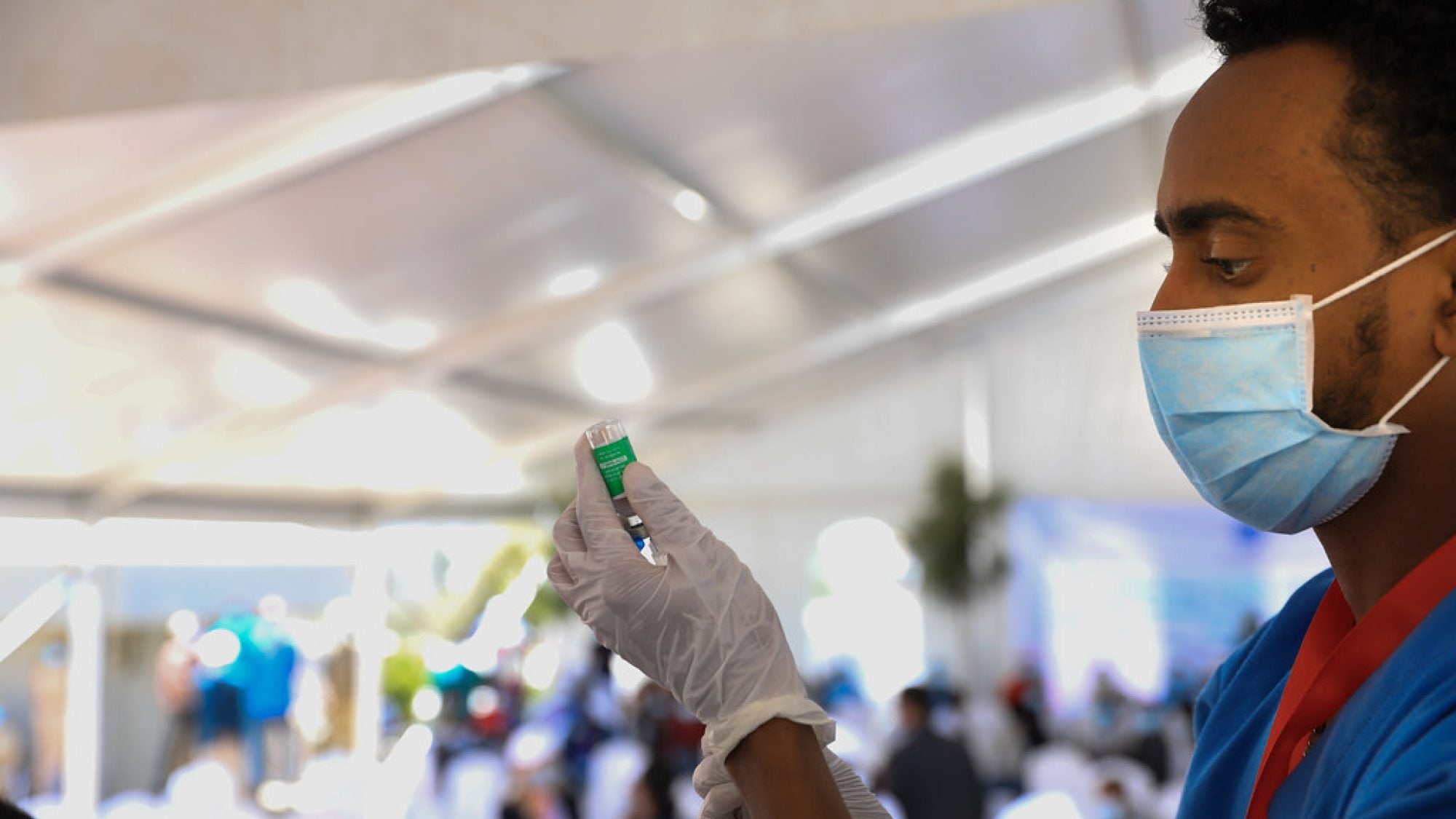 The distribution gap for COVID-19 vaccines between wealthy and poor countries is widening. High-income countries, which account for fourteen percent of the global population, have secured fifty-three percent of the global vaccine supply. Since only a few pharmaceutical companies have succeeded in developing effective vaccines, the world will be competing over a finite supply for the foreseeable future. With developed countries in North America and Europe hoarding COVID-19 vaccines, more than 130 poor countries will likely have no access until 2023.

The governments of high-income countries have secured COVID-19 vaccines through bilateral deals with pharmaceutical companies. These deals exacerbate the global vaccine shortage and the inequality between rich and poor countries. In this case, it is the power of “capital” that dictates how vaccines are distributed, which, given the law of supply and demand, drives up vaccine prices and makes it more difficult for low-income countries to access vaccines. This type of inequality is not new. For example, many African countries had to stand at the end of the queue to receive HIV and H5N1 influenza therapies. In the context of the current pandemic, a young, healthy person in a rich country who is not a frontline worker is likely to be vaccinated before a senior citizen with health problems in a poor country. This is one of the most serious ethical and moral challenges the world faces right now. Egalitarianism without money—that is, everyone having a fair chance of getting vaccinated—is losing out to vaccine nationalism by rich countries.

Vaccine inequality leads not only to ethical and moral challenges, but also to health and economic problems. If the vaccine hoarding by wealthy countries continues, the pandemic could last another seven years, resulting in economic losses of $9 trillion globally. Wealthy countries are expected to bear nearly half of this loss. Therefore, international cooperation has a critical role to play as a global response to a global pandemic. Countries need to collaborate effectively to reverse vaccine nationalism and achieve equitable vaccine distribution.

Efforts for Equitable Vaccine Distribution
As a solution to vaccine distribution issues, scholars suggested creating an international framework that would govern and finance the development and distribution of COVID-19 vaccines, based on the belief that vaccines are a global public good. This international framework, called the COVID-19 Vaccine Global Access (COVAX) Facility, was launched in April 2020 to create mechanisms for sharing vaccines more equitably. The initiative is co-led by GAVI (a vaccine alliance), the World Health Organization (WHO), and the Coalition for Epidemic Preparedness Innovations (CEPI). In addition, more than ninety percent of the world’s population is associated with the COVAX Facility, with 190 governments involved.

COVAX is a scheme whereby vaccines are purchased from pharmaceutical companies by pooling buying power from participating economies and then distributed equitably, through fundraising from multiple countries, according to public health needs. Countries participate depending on their levels of economic development, either as wealthy countries that are “self-financing” (contributors), or less affluent countries that are “funded” (beneficiaries). High-income countries access the COVAX portfolio by providing financial support, which helps to secure vaccines for ten to fifty percent of their own populations. This support also helps to provide vaccine access to funded countries.

However, wealthy countries do not have an incentive to actively participate in COVAX. For example, the US government recently pledged $4 billion towards equitable vaccine distribution, but it was initially reluctant to join COVAX. This is because procuring vaccines directly from pharmaceutical companies, rather than through COVAX, is a much more reliable way to provide vaccines to their own citizens. In fact, even though more than 190 countries participate in COVAX, most of the rich countries have procured vaccines through bilateral deals with pharmaceutical companies, rather than through the COVAX pool. They are pursuing their own self-interest, namely, prioritizing the vaccination of their own populations. If COVAX does not secure enough funds and vaccines through the active participation of wealthy countries, chances are high that it will fail in its mission.

While the COVAX Facility is an immediate solution to the rich country-poor country disparity in COVID-19 vaccine distribution, there are other solutions. For example, easing or waiving intellectual property rights, or licensing vaccine technology would help solve the problem of vaccine shortages. These approaches would enable developing countries to produce their own vaccines, leading to an increased volume of vaccine production. However, these alternative solutions would need to be implemented with proper economic compensation to vaccine manufacturers, rather than simply relying on the altruism of pharmaceutical companies or forcing these companies to give up their profits. Otherwise, these approaches will have the negative effect of reducing the motivation of other pharmaceutical companies that are still working on COVID-19 vaccine candidates. The impact of that could be long-term, namely, that in future pandemics, pharmaceutical companies may be reluctant to develop vaccines at a loss. Within this context, international cooperation, whether through COVAX or other solutions (e.g., easing intellectual property rights), is critical for equitable vaccine distribution.

Moving from a Zero-Sum Game to a Cooperative Game
Game theory provides insights into the current predicament of vaccine inequality. Game theory models how individuals, companies, or countries make decisions by taking interdependency into account. Each player in a game situation makes decisions, but the payoff for each decision depends on the decisions made by others. The reality facing wealthy countries is similar to the “prisoner’s dilemma,” a well-known concept in game theory.

In the prisoner’s dilemma, each player chooses the decision (i.e., to cooperate or not) that leads to the highest payoff for himself or herself. Although cooperating with others produces the best payoff for all, players reach sub-optimal outcomes as a result of focusing solely on their individual interests. The rational choice for individual countries does not necessarily lead to the best outcomes for the whole world. In the short term, vaccine hoarding may seem to be a win for that country, but it is a loss for other countries (i.e., a zero-sum game). However, the pandemic will not end unless vaccines are supplied to all countries, which in turn necessitates cooperation by all countries, both wealthy and poor (i.e., a cooperation game) because “no one is safe, until everyone is.”

The key to solving the problem of vaccine inequality is to create incentives and a governance structure for wealthy countries to cooperate proactively in equitable vaccine distribution. For example, for every nine doses they purchase, they can be asked to donate one dose to COVAX. Due to the nature of pandemics—specifically, that viruses can be transmitted across borders—wealthy countries would eventually have to pay the consequences for their lack of cooperation. When all countries recognize this, they can make the transition from a zero-sum game to a cooperative game. For instance, providing incentives for faster production by vaccine manufacturers collectively funded by wealthy countries could be considered. The additional incentive costs to increase vaccine production would be less than the social and economic damage incurred from COVID-19 lockdowns. The choice facing all countries, especially the wealthy ones, is either to “help vaccinate the developing world, or face a prolonged pandemic.”

In his book, The Evolution of Cooperation, political scientist Robert Axelrod writes, “mutual cooperation can be better for both sides than mutual defection. The key to doing well lies not in overcoming others, but in eliciting their cooperation.” Shifting the mindset from a zero-sum game to a cooperative game is critical to achieving equitable vaccine distribution and ultimately ending the COVID-19 pandemic. 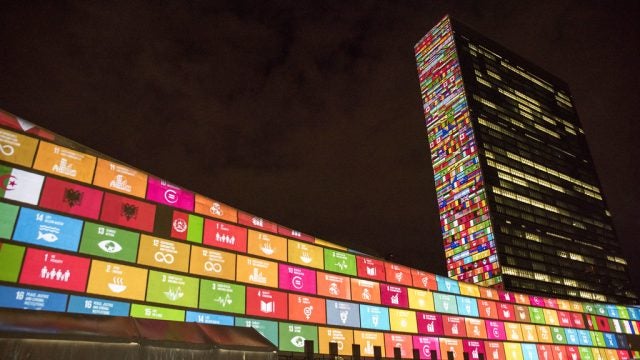 Degrowth: Less Resource Use for More Wellbeing and Resilience

While the United Nations Sustainable Development Goals direct all countries to reduce environmental impacts, governments and businesses continue to promise and prioritize economic growth. Degrowth theory draws on the science… 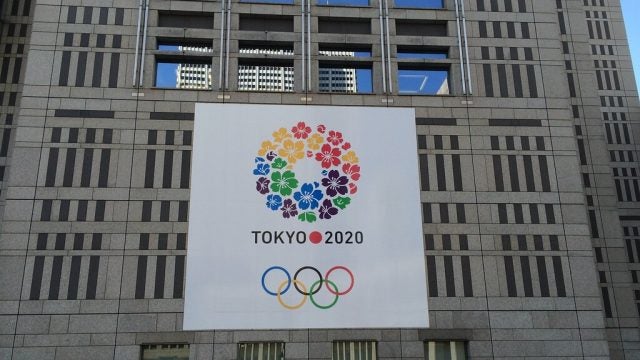 Why Cities No Longer Clamor to Host the Olympic Games

Hosting the Olympic Games has become an exceedingly expensive affair only made worse by the COVID-19 pandemic. The International Olympic Committee will need to continue to make significant… 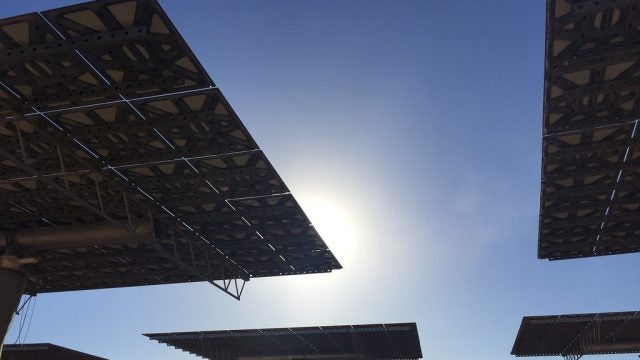 When “Pariahs” Go Green: Energy Transitions in the Middle East and the Biden Administration

Energy transitions will materially affect US foreign policy in the Middle East. They will spur a Middle Eastern pivot to Asia in search of oil demand security and…